In some previous years we had seen children with lampions when we drove home from the Ardennes around the 11th of November. Some research online learned us that St Martin is celebrated in the east of Belgium. Whereas in all of Belgium St Nicolas is celebrated for the children on Dec 6th, I knew some cities celebrate St Martin instead on Nov 11. However I do not think there is bonfires in Flanders.

This weekend when arriving, we already passed some smaller fires. Then I heard from a friend that she'd be staying for a long vacation weekend in the area together with some other university friends that I knew but had not been in touch with for the last 19 years!! So when I heard that they'd go and see the St Martin's fire in their village at 20 minutes from us, there was not much doubt and I drove up to join them.

The small village of Xhoffraix gathered near the community hall and all children received a torch. After some marching band music, a parade formed with St Martin on a horse, in red cloak and a Roman helmet riding in front.  In the darkness a few hundred people walked in a torchlight procession all around the town. Small children were carrying small self-made laterns. 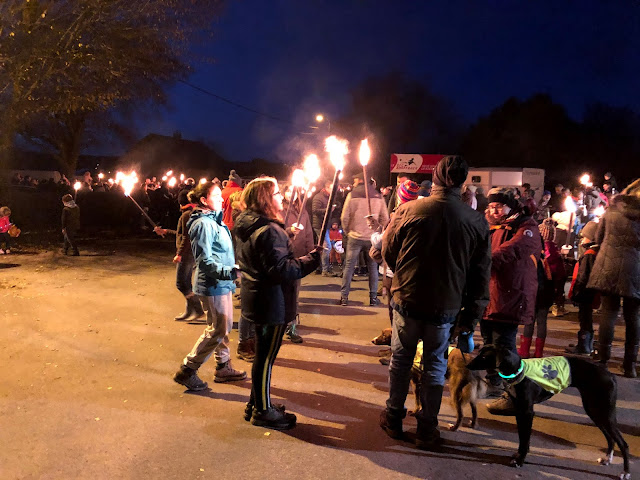 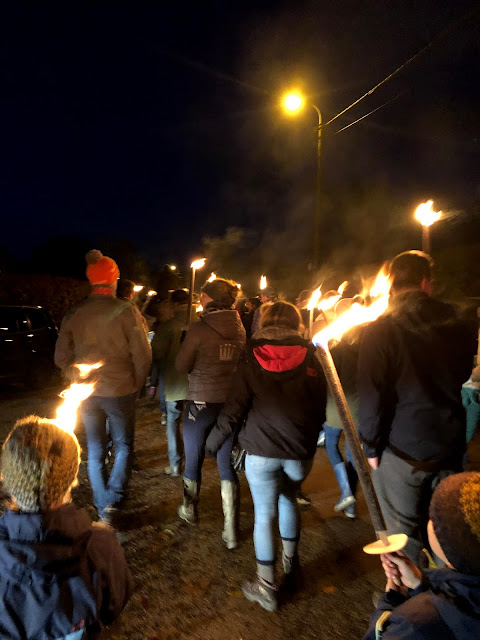 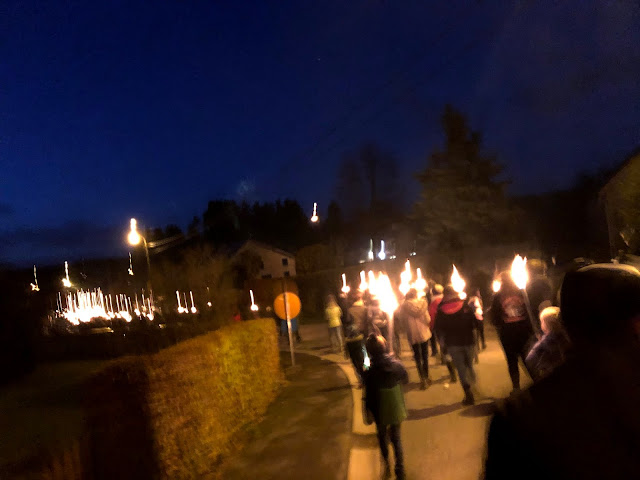 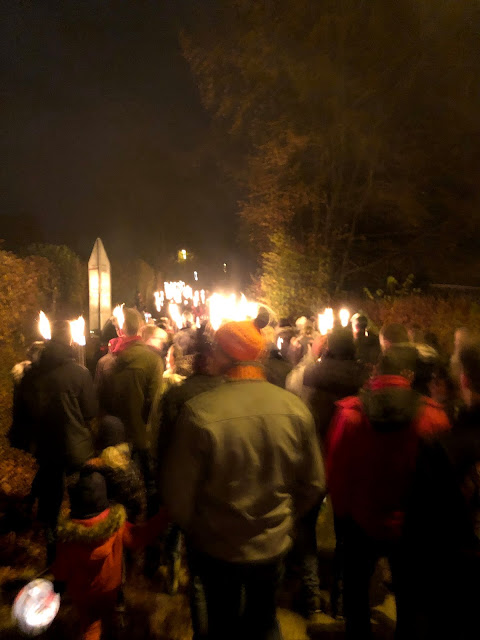 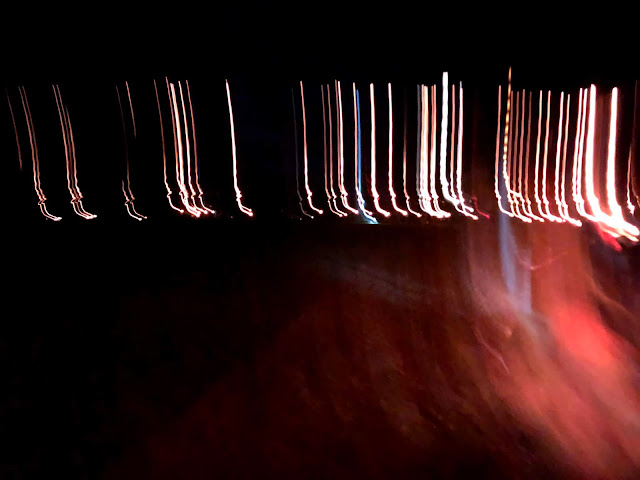 When we started to wonder how long this procession would take and if we'd ever find our road back, we arrived on a big field at the edge of town. The mass spreaded and it was hard to see where walking but slowly we distinguished a dark tower in the darkness.  With some more marching band music and in presence of the "St Martin" figure on his horse, the torches set the tower ablaze.
A little later the impressive >15 meter tower was blazing in fire and we (the Flemish tourists) were a bit at unease since we saw no apparent security measures if anything would go wrong with this fire.  Let's just assume that the locals have sufficient experience with this tradition and know very well what to do.  It surely was the biggest and most impressive camp fire I've ever seen :).

After a while we all got cold, despite the flames nearby and we returned back. I said goodbye to my study friends again, hopefully  not for another 19 years and I noted in my agenda the next Nov 11th in a weekend as our local neighbours recommend us to surely visit the St Martin's ceremonies in Eupen one time. 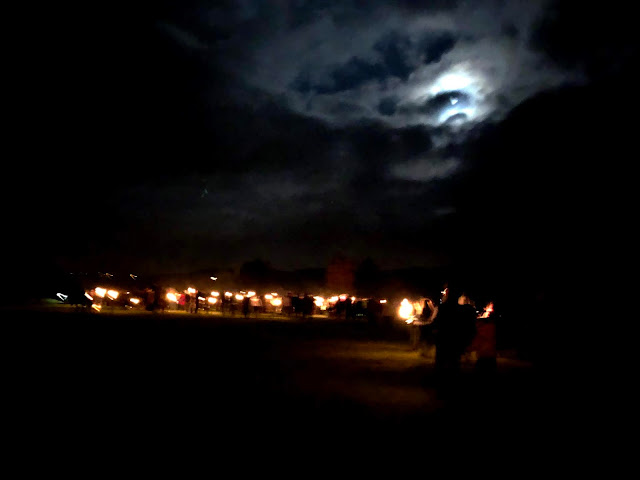 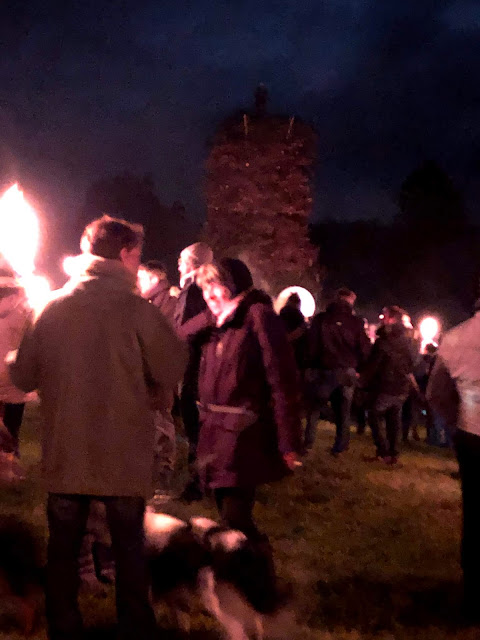 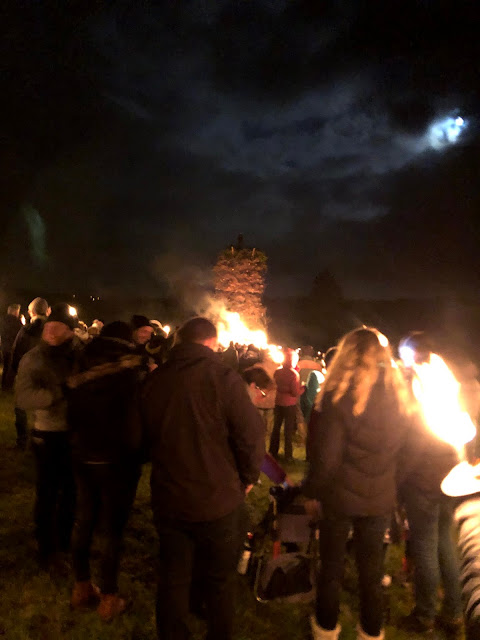 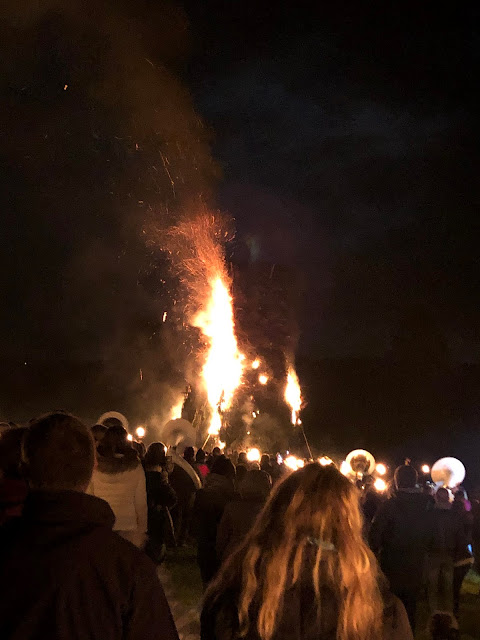 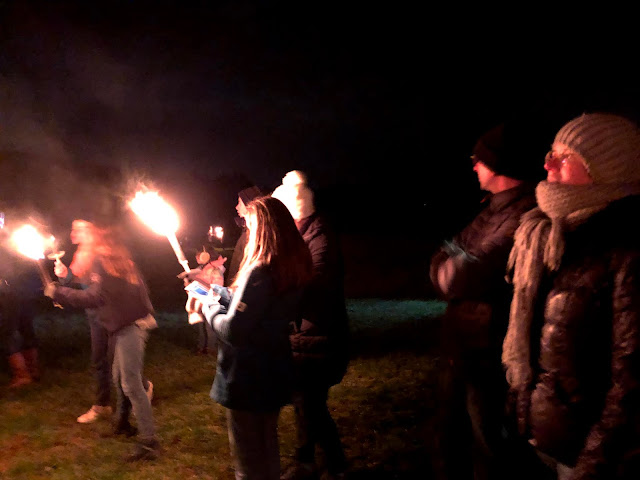 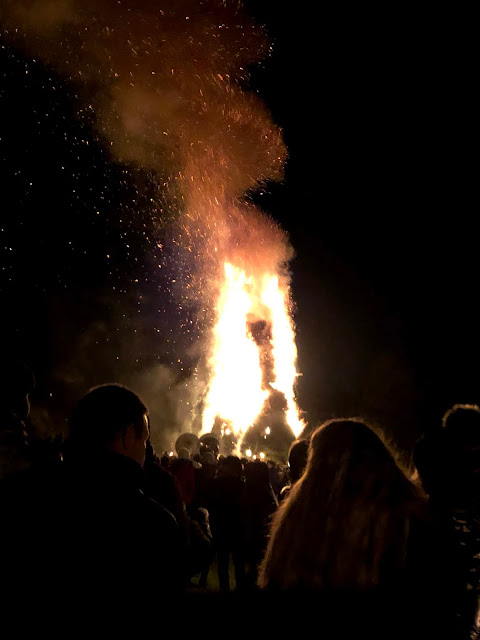 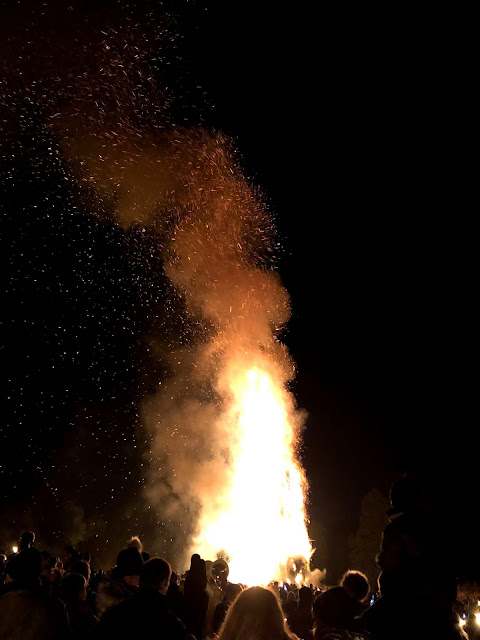 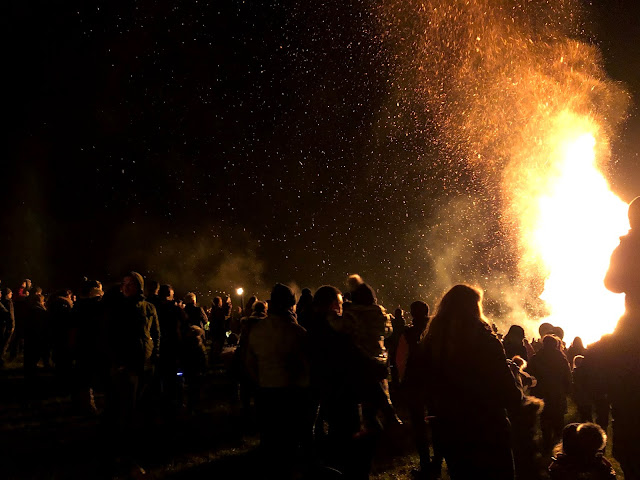 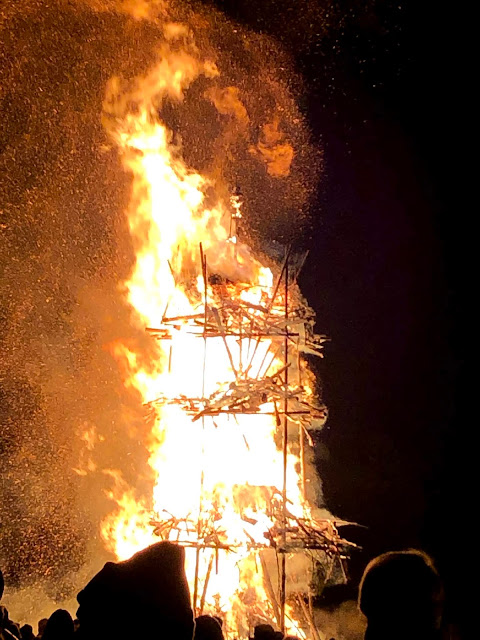 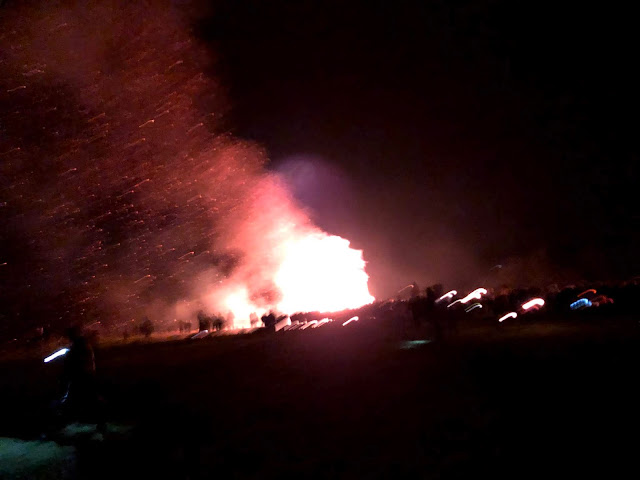