Our children tend to play mostly with figures from tv series (Paw Patrol, Peppa Pig, PJ Masks) or transport toys (cars, trains, planes, ...).  With those they can play quite independently.  We have however introduced already multiple time board games and puzzels etc but they rarely request spontaneously to play with those.
But in the Christmas vacation I tried to free up time daily to play with them and (re)introduce some of the ignored toys. I quite enjoyed that and I hope so did they. 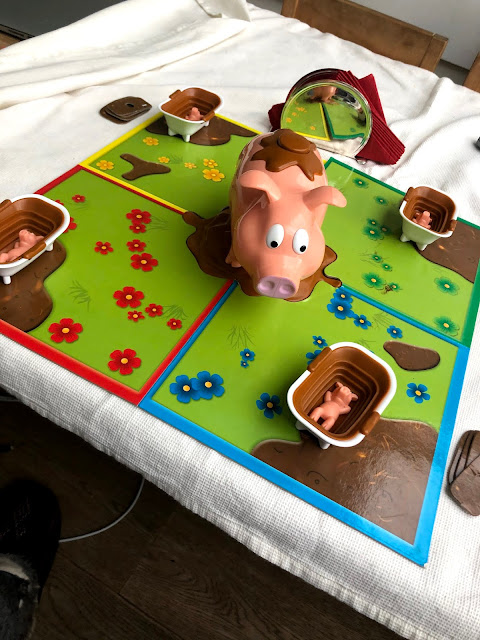 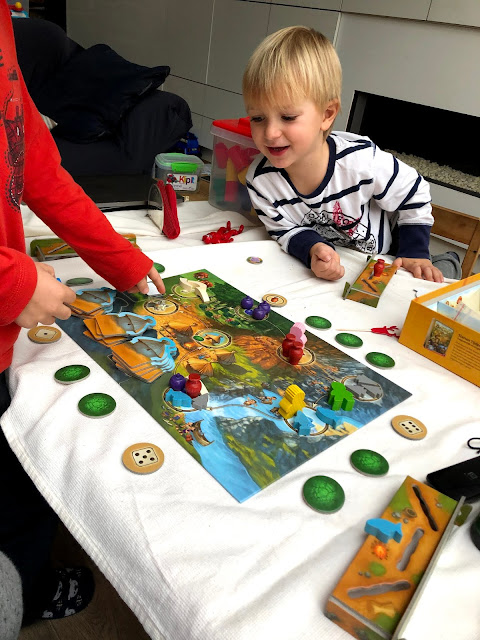 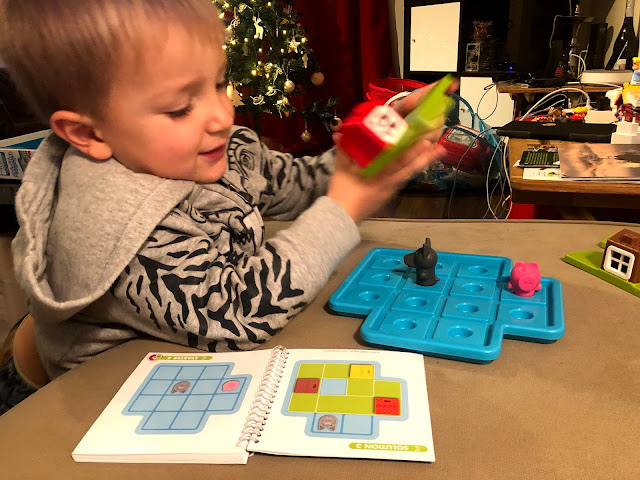 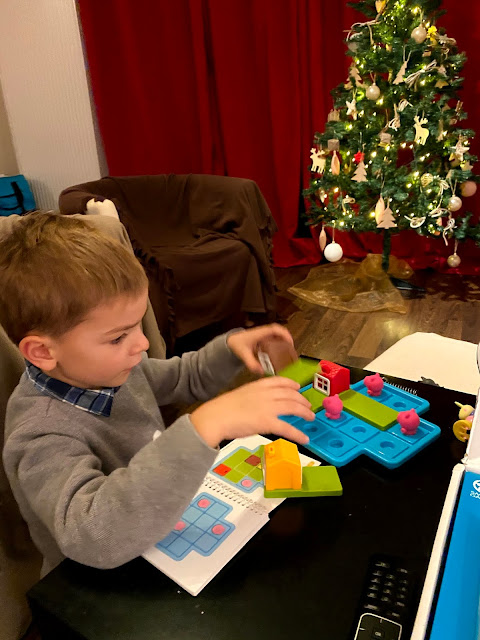 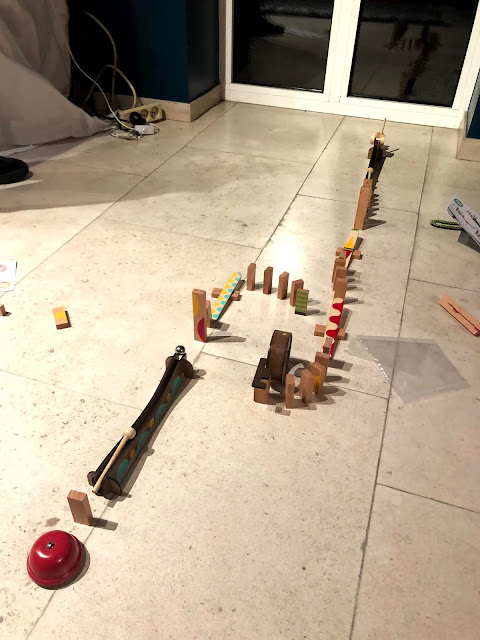 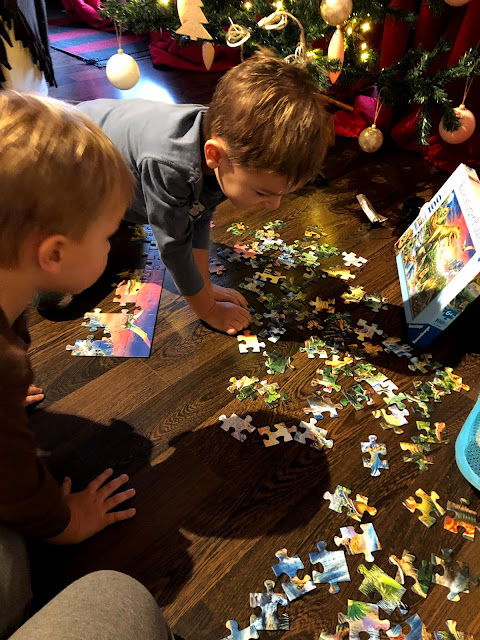 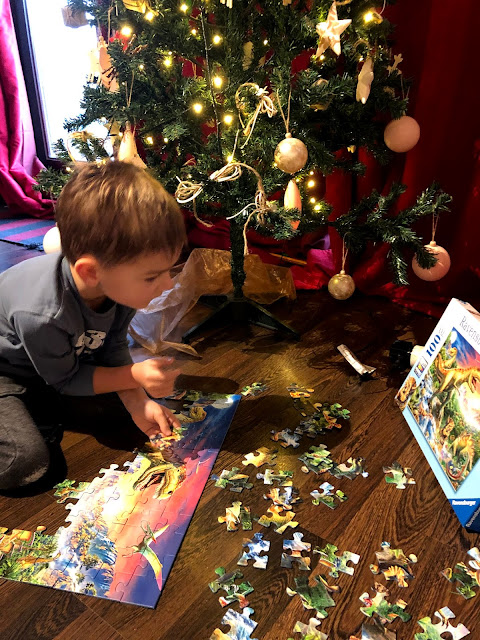 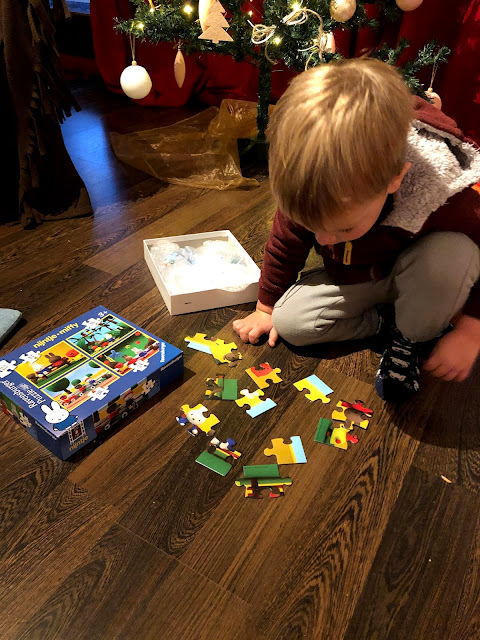 We also found some time for crafts ...something which intimidates me and I rarely initiate, but fortunately Jan now and then is up for some little project. This time he crafted a turning ephiphany 3 king's star with Kabouter. 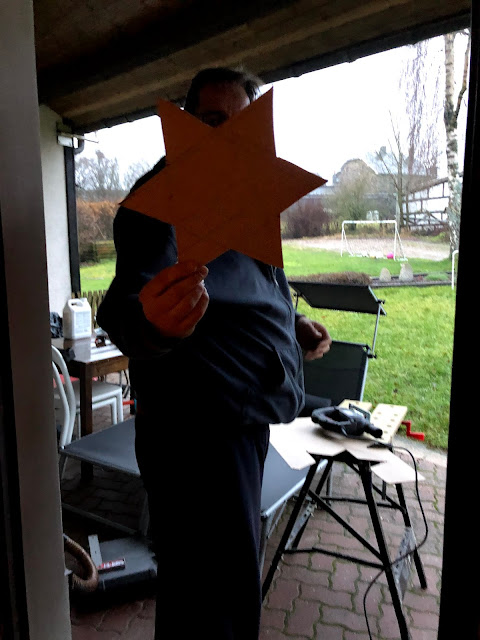 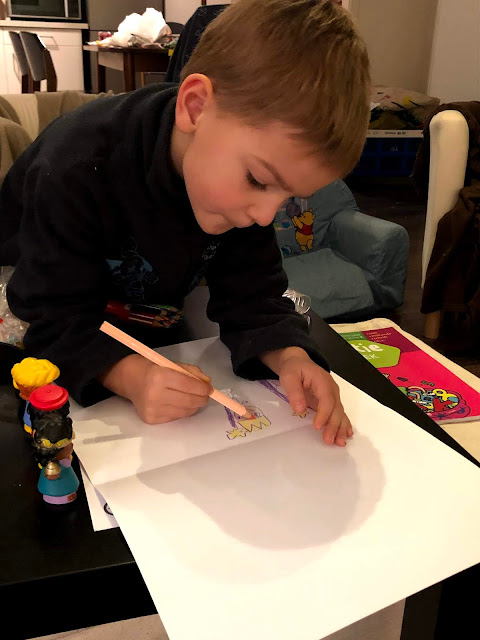 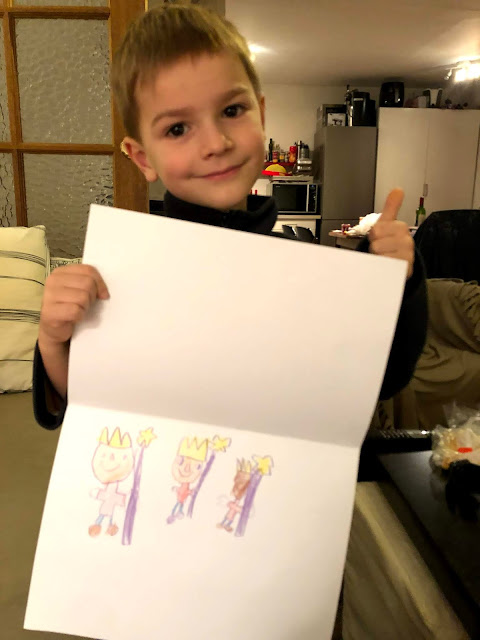 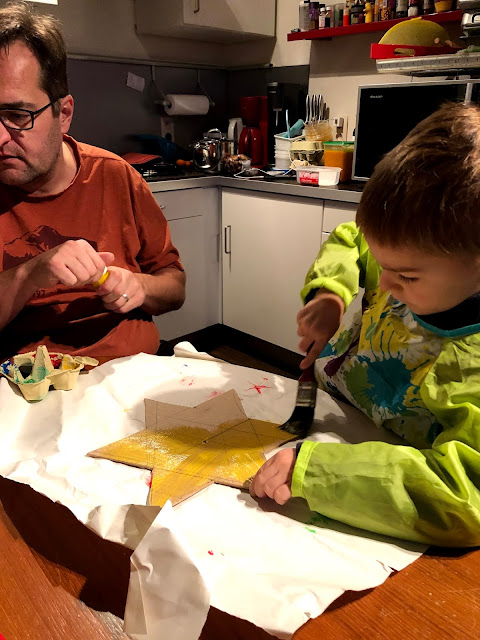 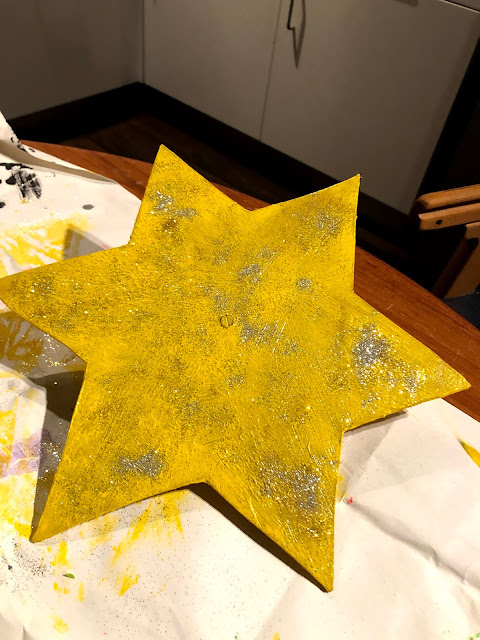 The boys also had some really cute reading time together, although Beertje loses his attention after a while since Kabouter's reading is still tasting all letters slowly. 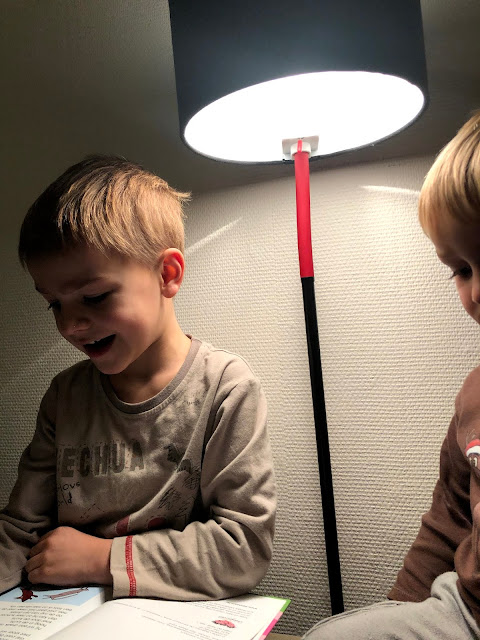 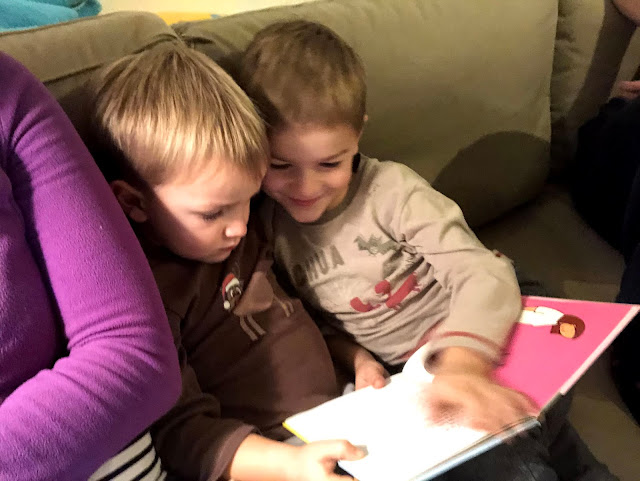 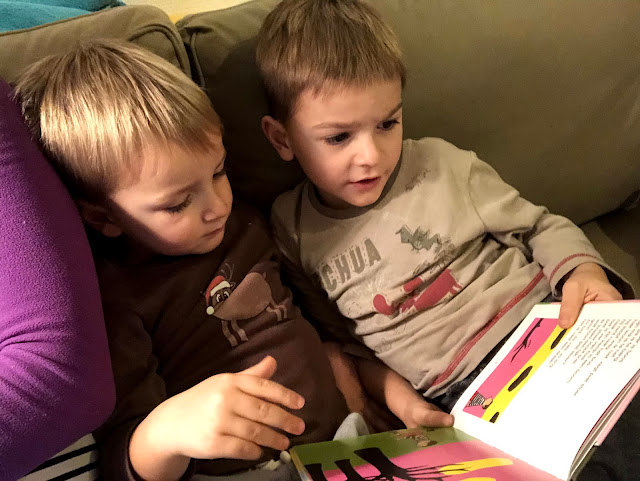 Since the presents under the Christmas tree had also brought a great amount of extensions to their wooden railroad system on the attic, they also had plenty of opportunity to build there. But they amount of pieces was almost overwhelming so I also had to give them a hand to build some circuits that were all interconnected. 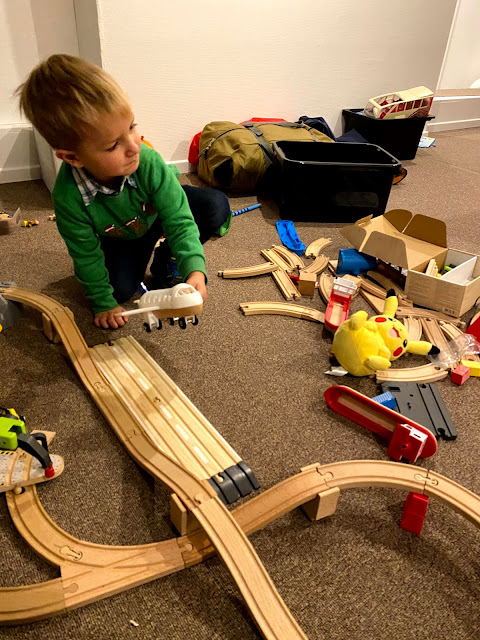 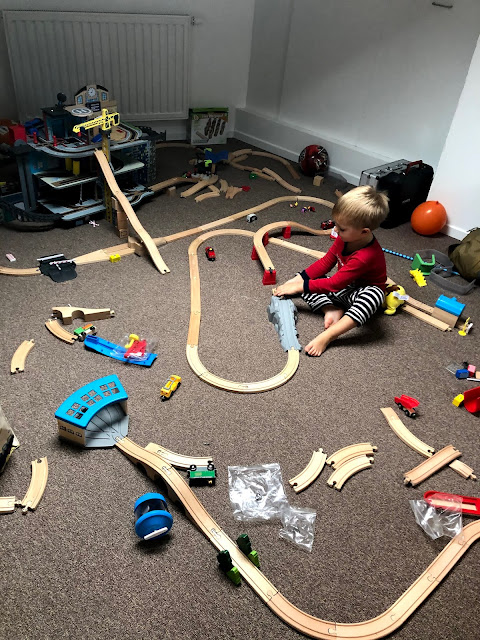 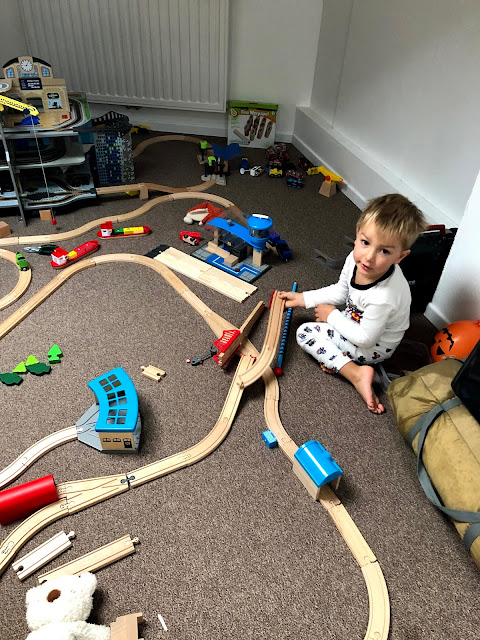 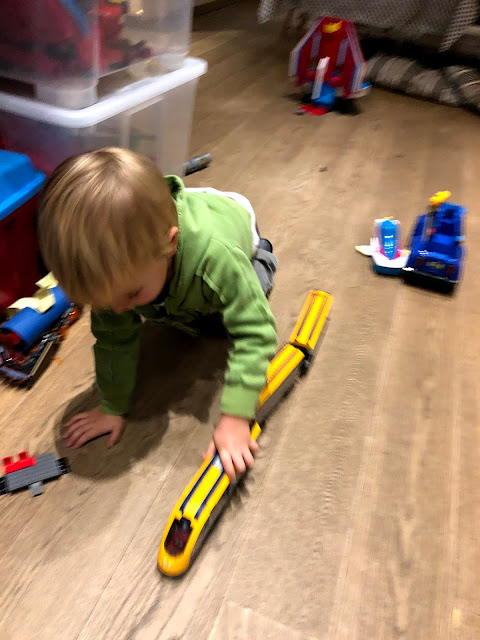 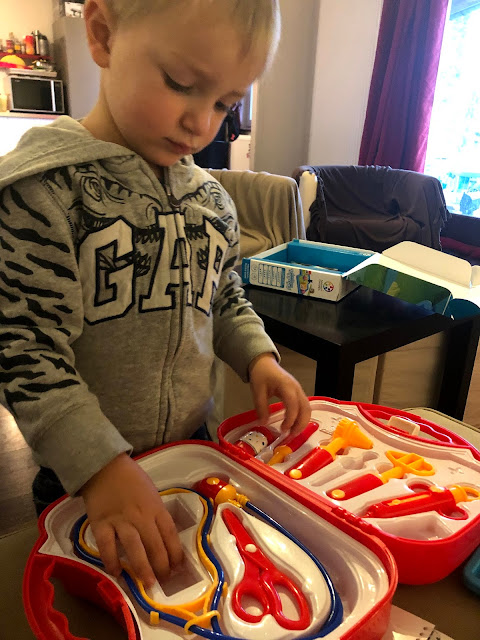