We found the only bit of snow in Belgium this winter!

I've been whining on Facebook for a 2nd year in a row for the lack of snow (on the weekends we can go to the Ardennes). My facebook memories taunt me in December and January with loads of snow and sledging and shoveling etc in the previous years but none of it recently.

For a week I had been crossing my fingers as there was some snow predicted in the Ardennes at the start of this week followed by some dry cold days so I hoped there would be a white carpet to stay for a little while. But there was less snow and there was more heat and ... well we arrived at an practical green wet landscape again with just a pluck of white here and there.... except the 5-10 km that is literally the roof of Belgium above 650m.

Today we were all exceptionally without energy but even if I had to drag myself, I'd not miss my probably only chance to have a brief walk in the snow this winter.  So we battled with a whining child that did not feel going for a walk at all...only to battle it later on as it didn't want to continue to walk because there were so many tiny snowman to build and snow balls to throw etc... I guess we made the right decision to drag them to that 4 cm of melting snow.
It sure felt awesome to be in the fresh air and open wide nature again. 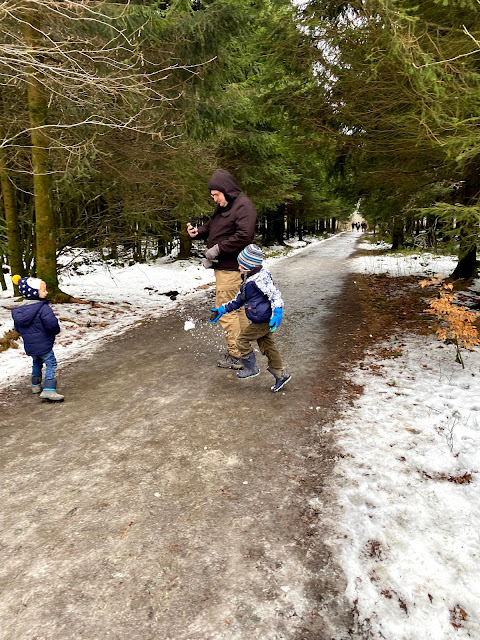 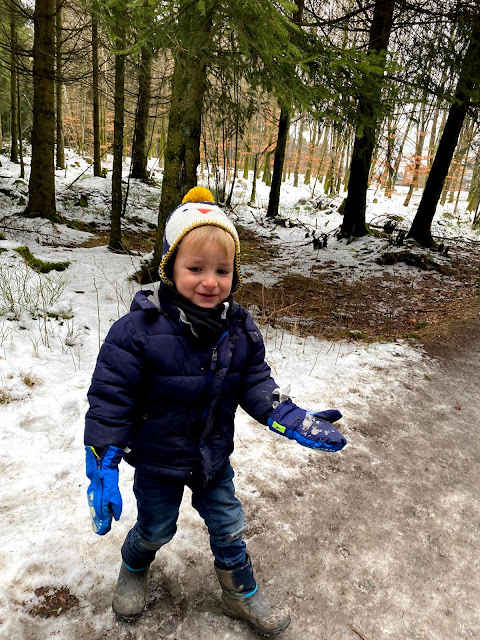 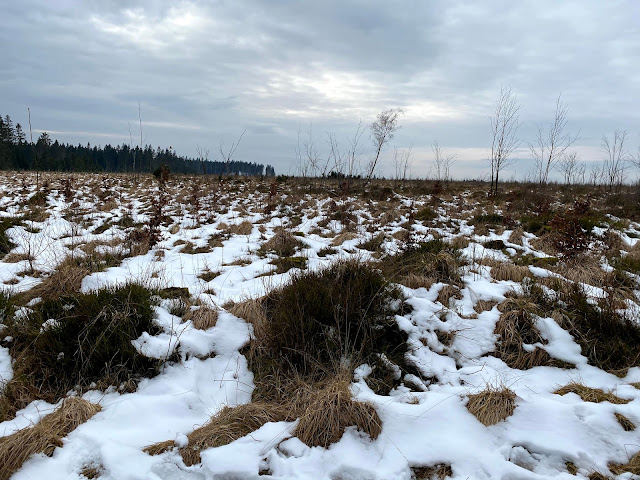 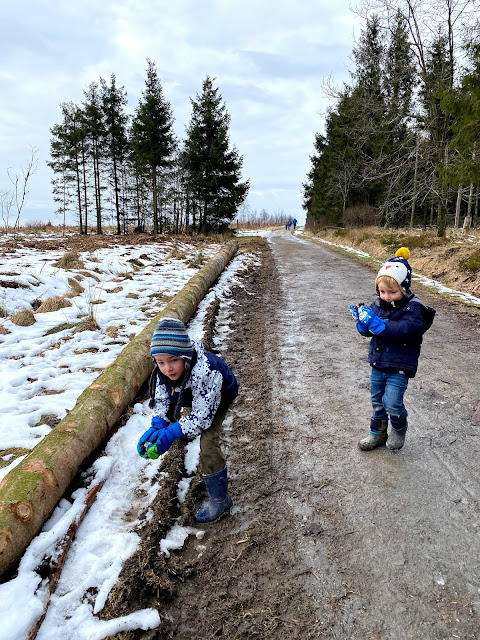 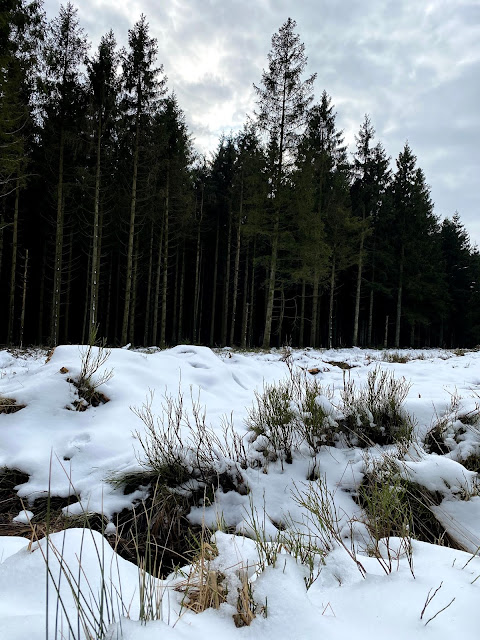 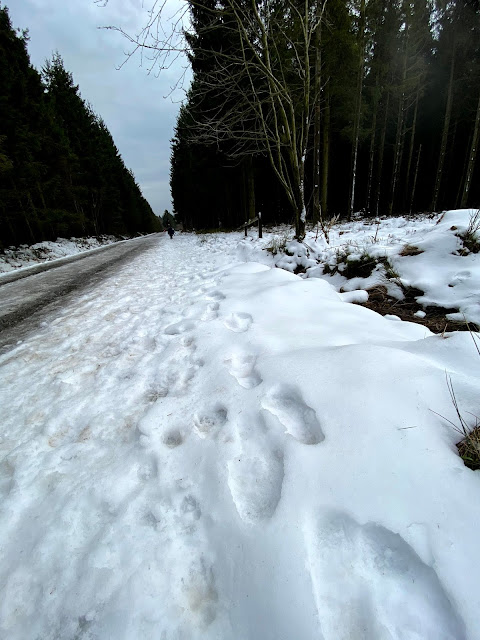 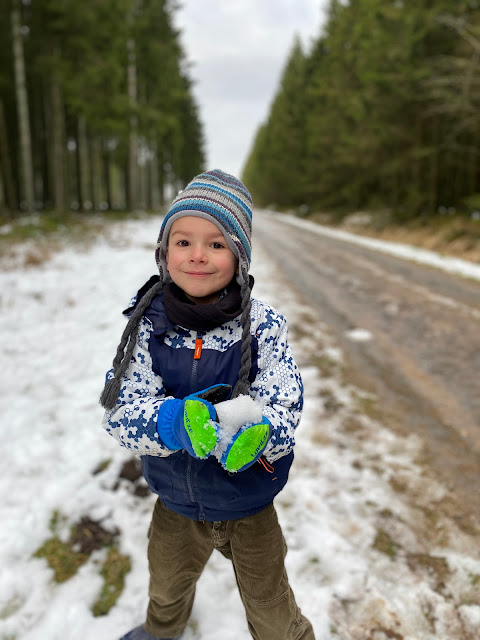 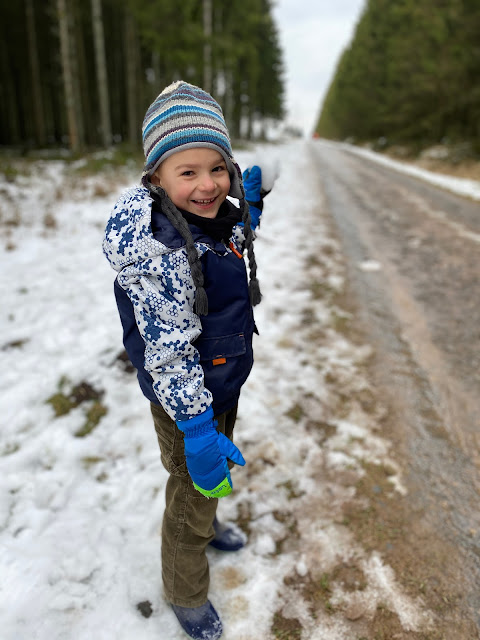 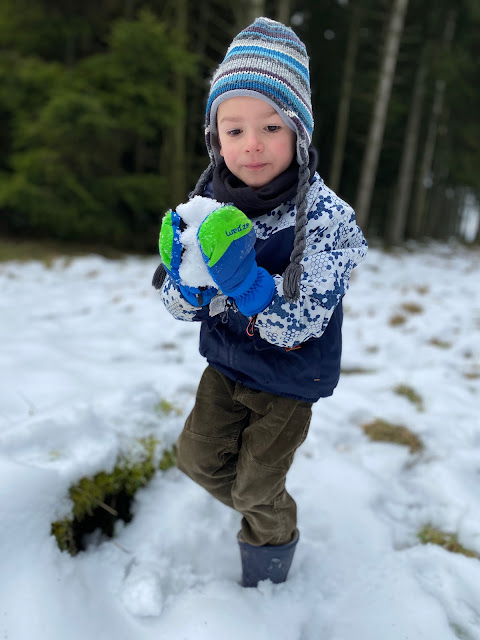 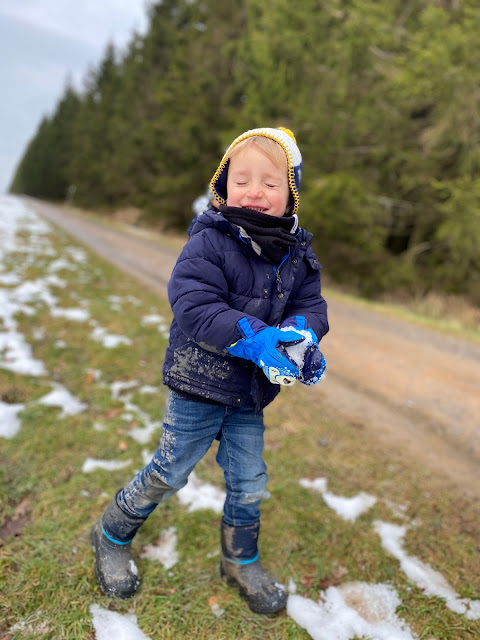 Only a few dozen meters lower at the Centre de Nature de Botrange there was already considerably less snow.  Basically only shadow places had some left.  From there on we climbed back up to our car to the Signal de Botrange. 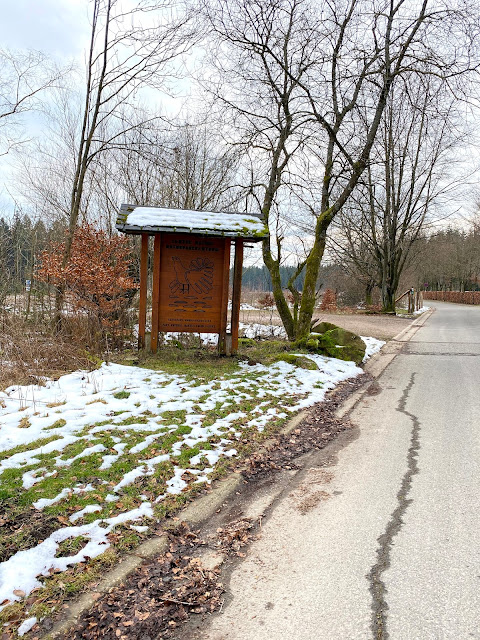 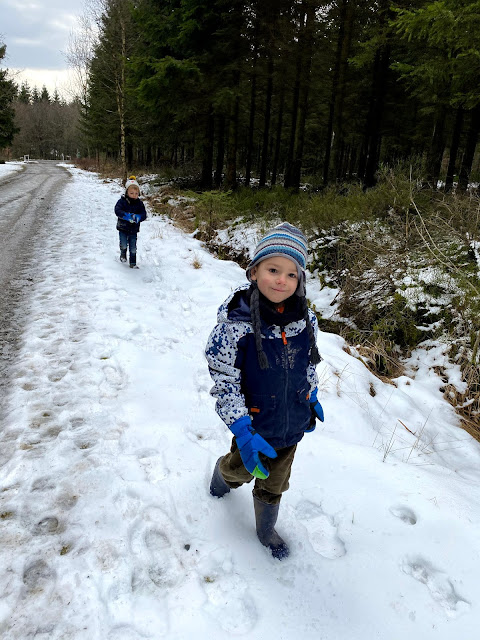 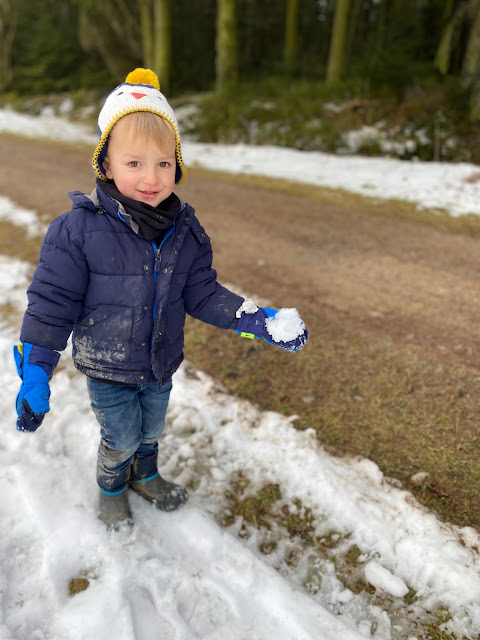 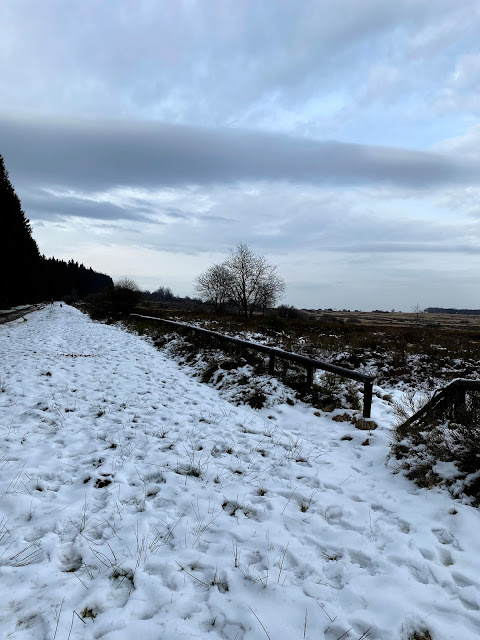 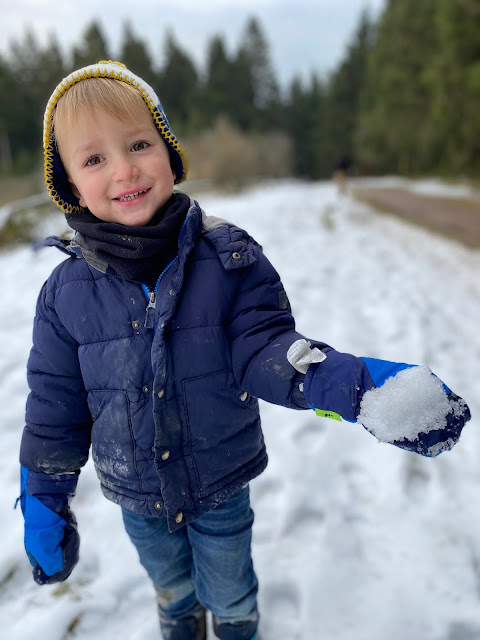 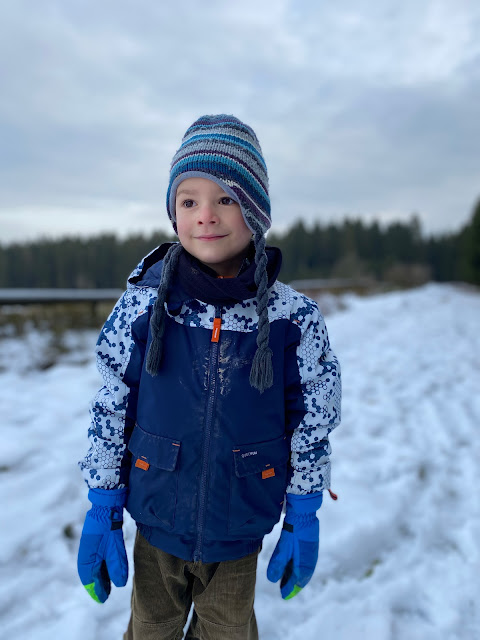 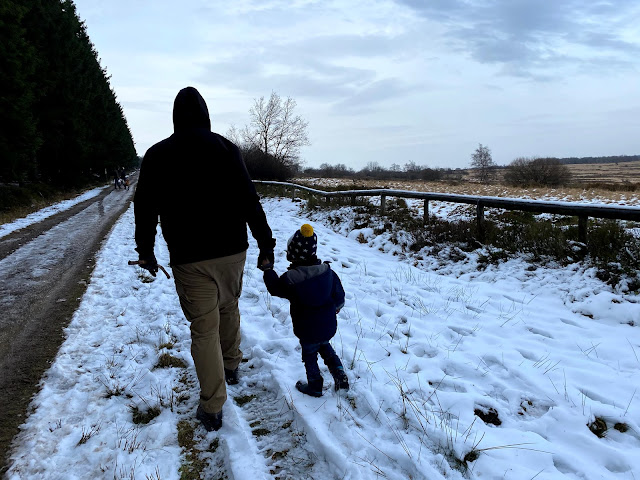 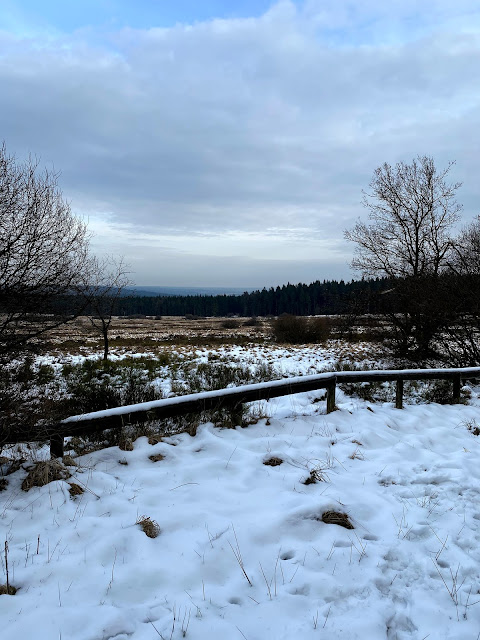 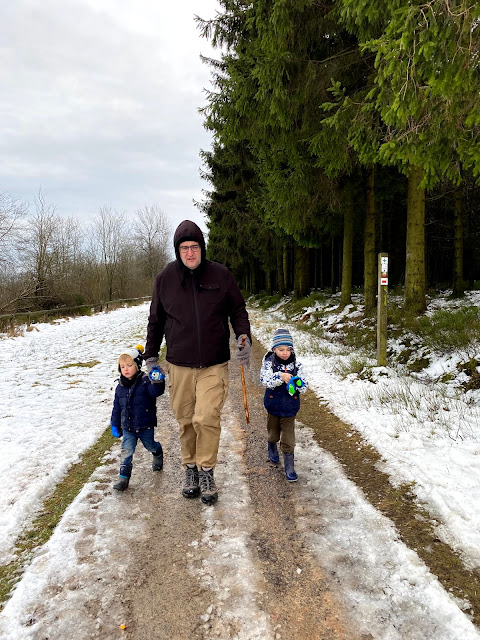 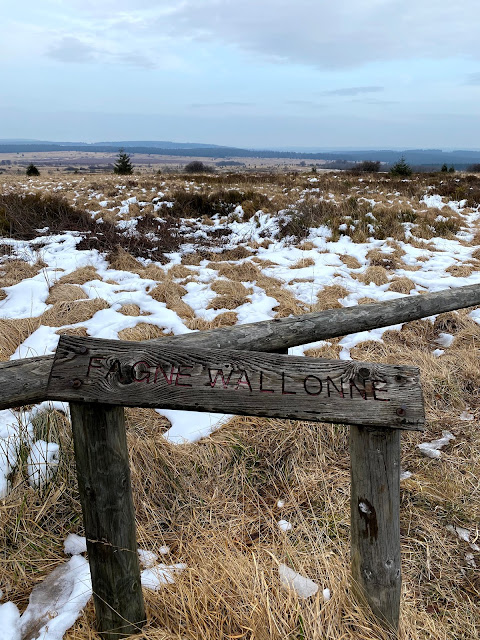