I was rather surprised when Jan told me at the start of June that Blues Peer was in the upcoming weekend. (huh what...in June? ) and that we had tickets ( huh , what? how did we end up with tickets).

We've been to the festival in Peer multiple times in the past with friends, sometimes combined with a stay in the Center Parcs at walking distance.  But since we've had children, I've not been there anymore.  I like it but I'm not that much into the blues either.

But our friends are and when the Belgian Rhythm & Blues festival went bankrupt a few years ago, they all joined the crowdfunding for a start-over and Jan did as well. I vaguely knew, but never paid much attention to it.  But hey, now the pandemic is mostly over, festivals start-up again and Jan and all his friends got tickets for this new version of the festival at a new date.

So we drove to the North-East of Belgium rather than the south-east as usual in the weekend as I thought we would a few days before. Haha, fortunately I'm flexible.   It felt quite good to get into that typical festival vibe again and observe all the people around. 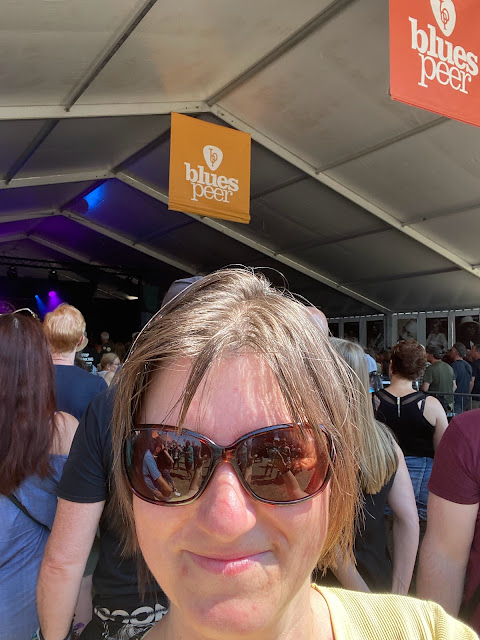 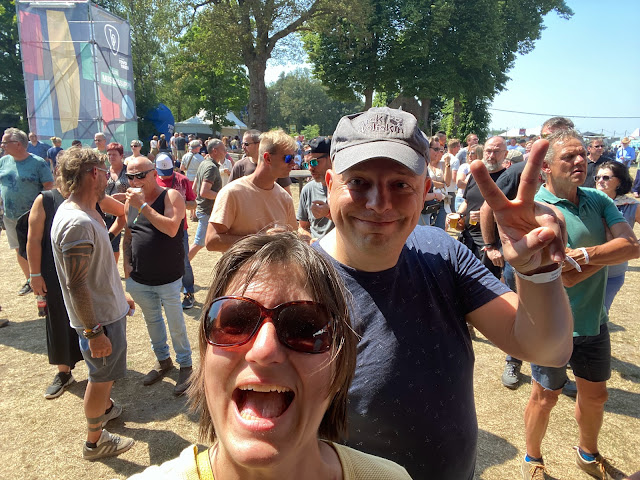 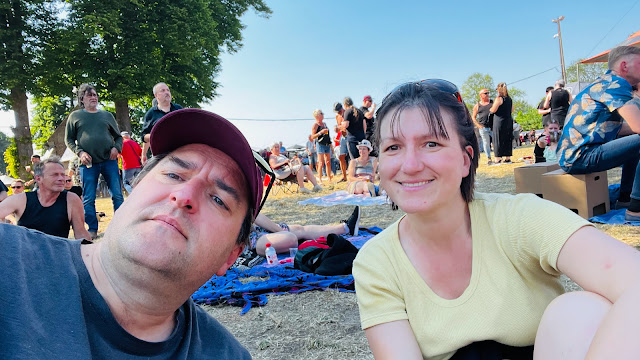 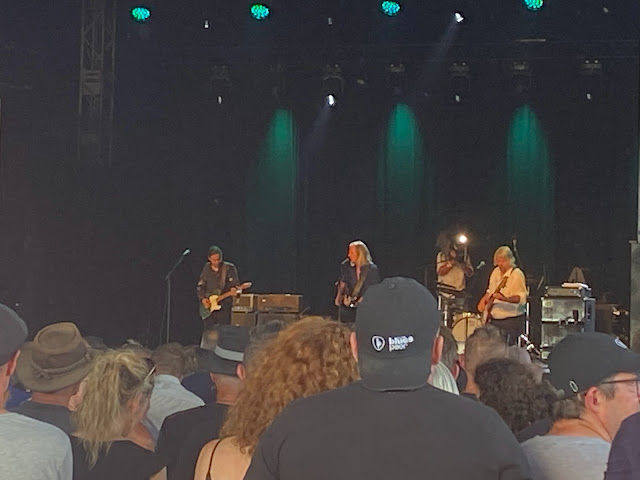 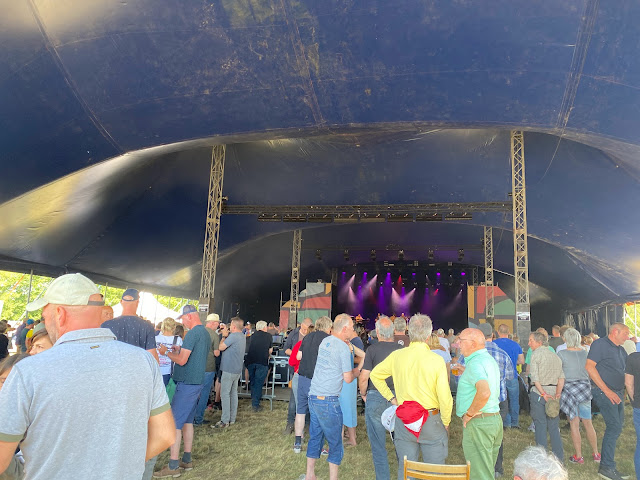 Peer has always been a laid-back festival that is quite child-friendly so our boys could join for their first festival experience.  There was a kids-corner with a (too ) small bouncing castle and a tent with a magician.  At first I was quite nervous about them walking around and preached about staying with us and where to go if we lost eye on each other but after a while I saw they were quite comfortable in the kids-corner and we could camp out on a little carpet in front of one of the stage tents not out of sight for them etc and they started being comfortable and independent to go back and forth from us and back.
It was a little drama at first that there was no child-make - up as we had somehow promised to them but after a few tours of the domain and 2 hours of waiting they finally settled with the idea there wasn't going to be painted faces.
And they got the art of just chilling and hanging out on the field quite well. Because of the children running back & forth,  I never really went deep into the tents for the performances, but just hang out on the field.

I had anticipated they'd live out for about 2  sets and that then we'd head back after a few hours, but they started having more and more fun and in the evening it was I who had to order all my men to head back to the car since I (the designated driver) was heading back home :p. 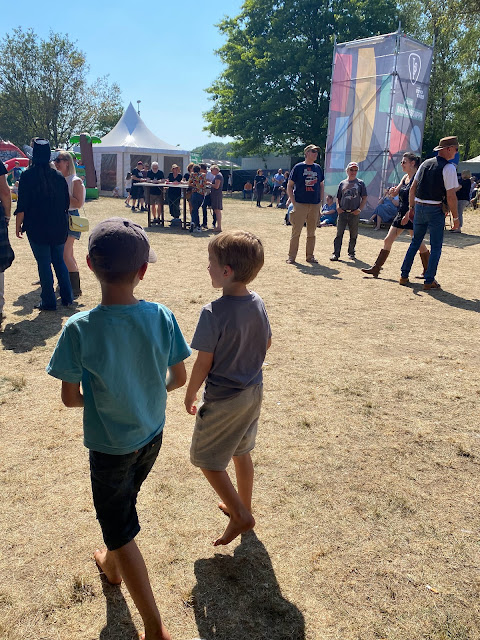 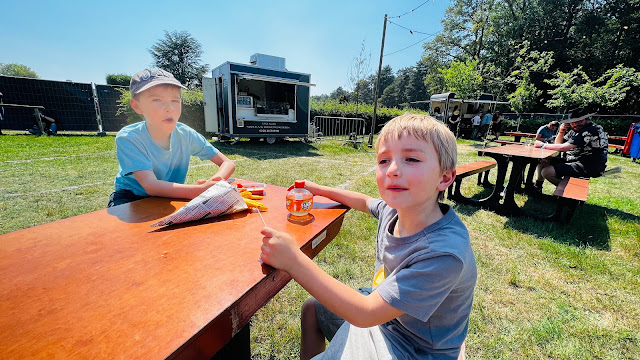 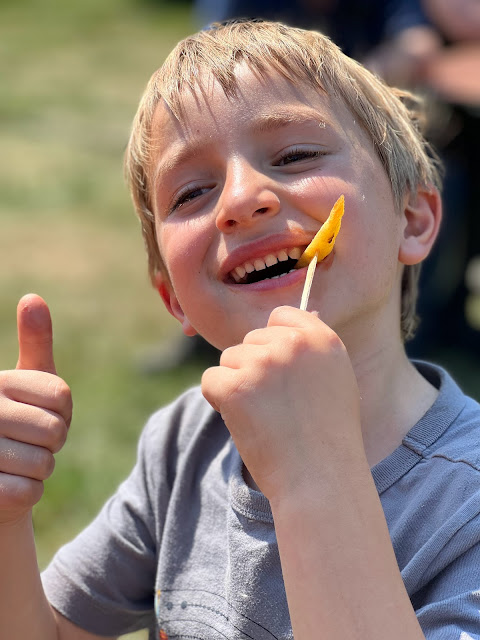 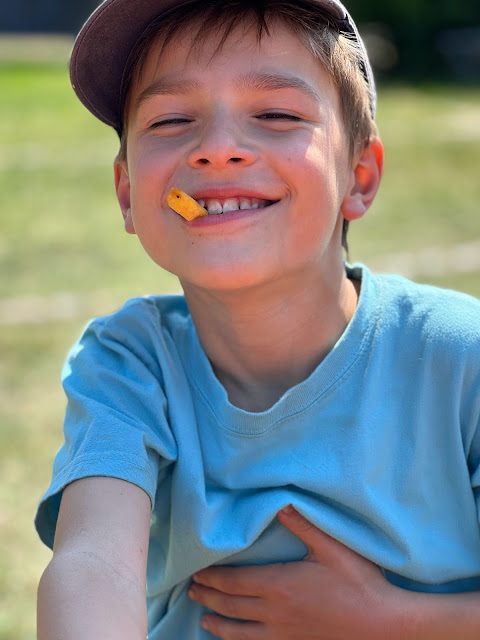 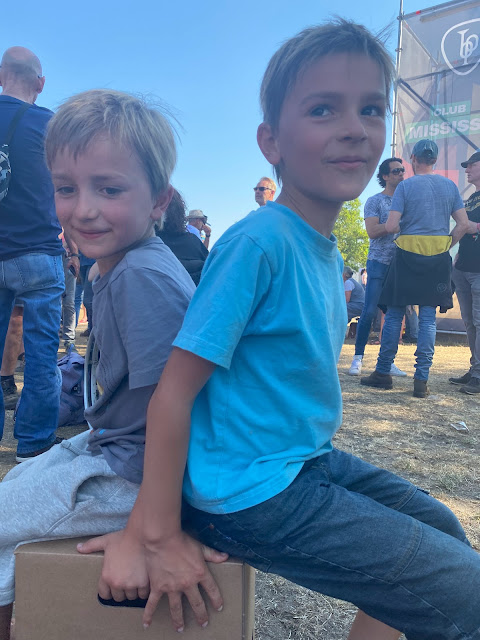 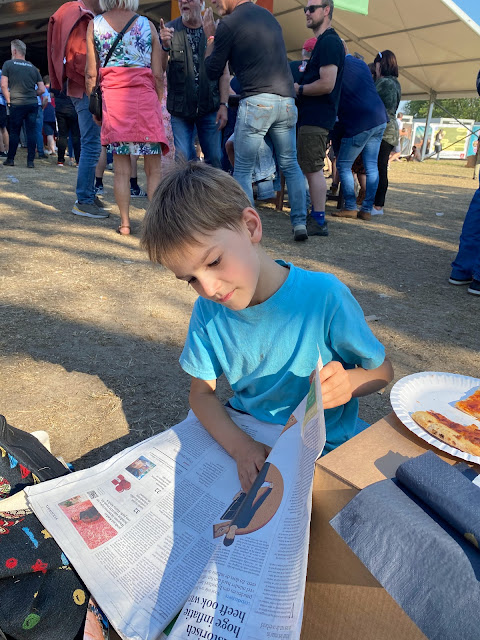 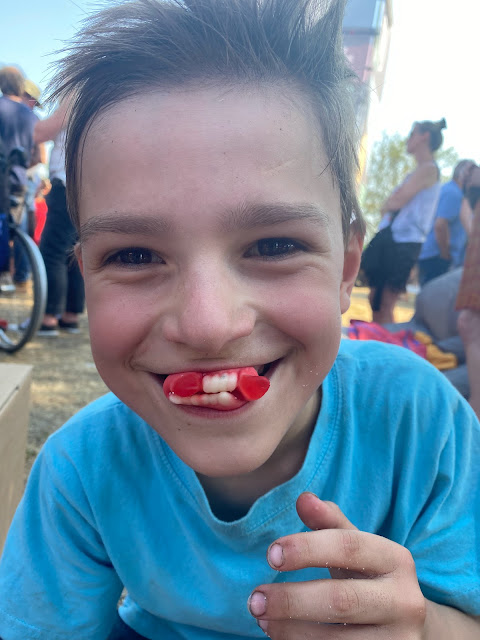 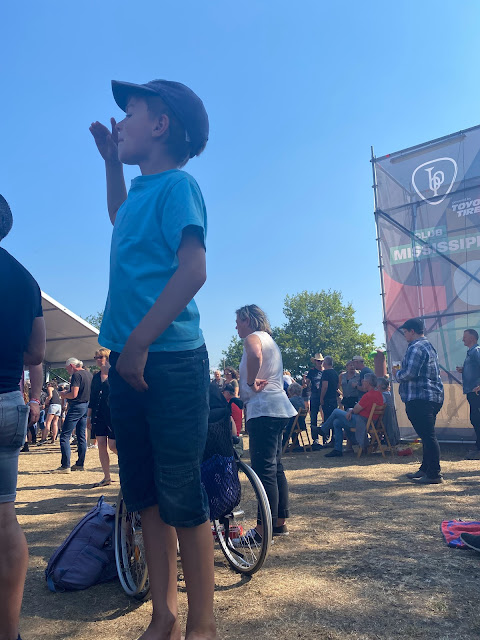 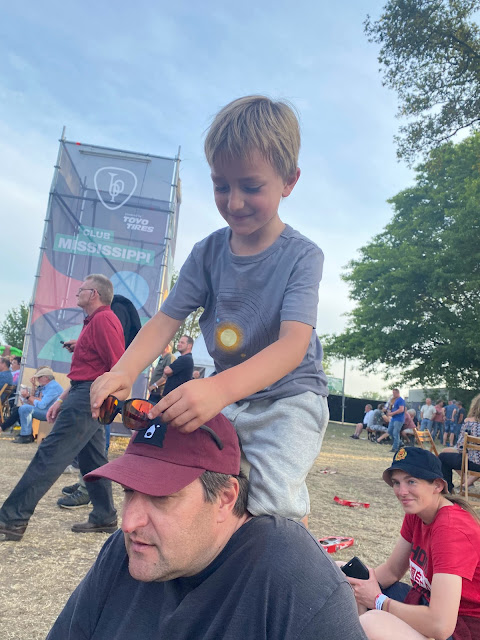 Result after a day on a sunny dry field 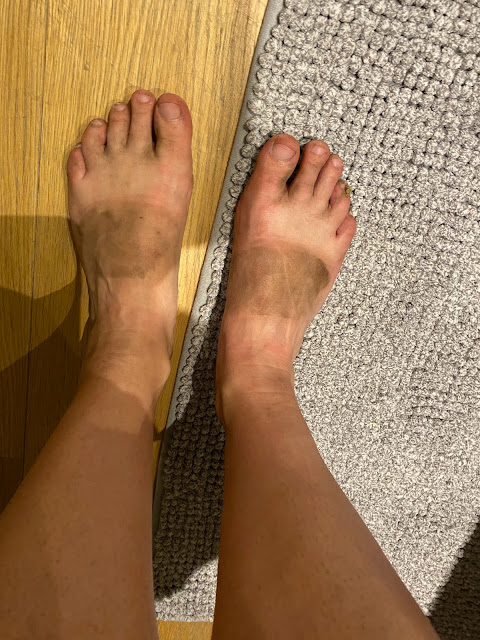 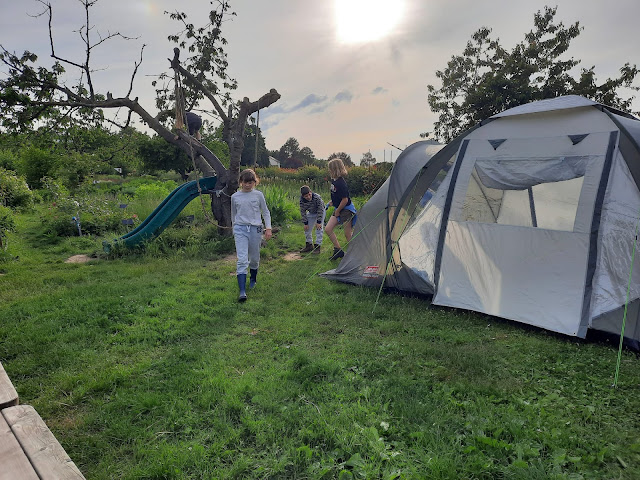 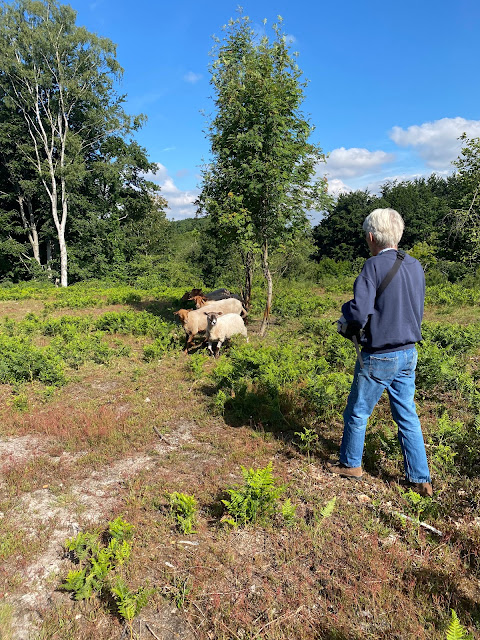 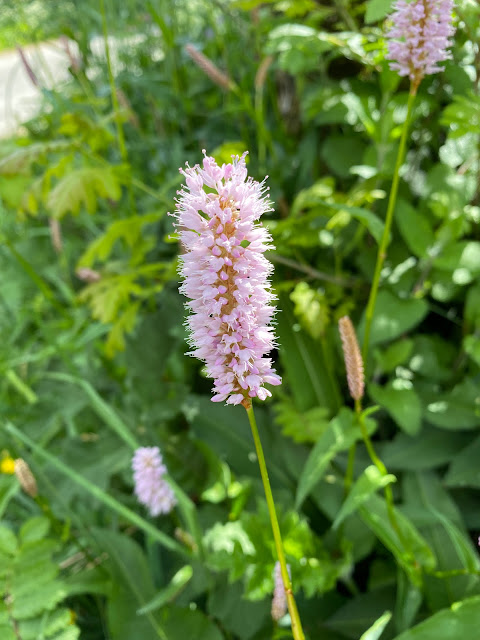 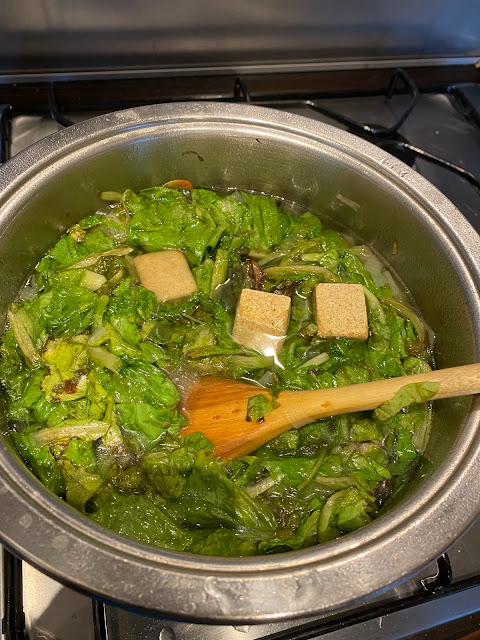