The famous & popular gift boxes Bongo always expire at 28/2 so of course we had postponed one of our gifts from last  year until this weekend where I all of a sudden started looking in the offer if there was still an activity/place that we could go to without a reservation beforehand.  Hey, nothing beats last-minute fun ;). 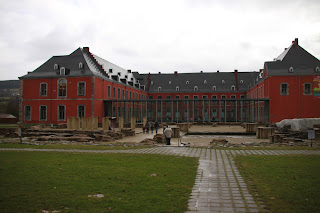 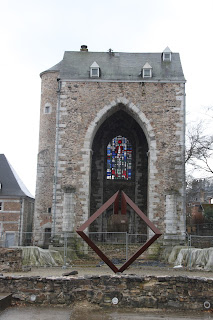 And so we found ourselves today at the Abbay of Stavelot behind some other people waiving with a Bongo voucher at the ticketing desk.  We've had the intention to check out the famous abbey already for a long time. It's part of the historic double abbey Stavelot-Malmédy, closeby our weekend spot.  On the grounds of the very old abbey (foundation 651!) is nowadays 3 museums:   one about the history of the Principality of Stavelot-Malmedy which was for 11 centuries a more or less independent region within the Holy (German) Empire and covered a major part of the modern Ardennes,   one about the closeby (formule 1) race circuit of Spa-Francorchamps  and one about the French poet Appolinaire. 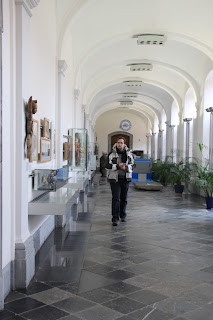 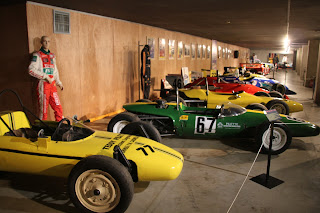 I must say that all 3 of the museums were smaller than I anticipated, especially the 2,5 rooms dedicated to Appolinaire are a bit far stretched to call it an independent museum and the 2 rooms about Warhol's influence on art didn't really fit in anywhere either and wasn't that impressive to call it a temporary exposition. The historic museum and the car race museum have a considerable amount of displays yet I was left hungry for more information after both.  I did learn that Saint Poppo from my hometown had been a famous and important abbot at Stavelot which was a cool discovery, but I still don't really know how this independent principality functioned with regards to the surrounding medieval powers.  All the old race cars were pretty cool to see but I'd install more multi-media in a formule 1 race museum and discuss the technology evolution in much more detail.   Oh well, I'm probably too much of a demanding museum freak but there was a lot of potential that I'd rearrange over there.


While we were sitting in the cafetaria, I played with Jan's mobile (always much more interesting than to play with my own of course)  and noticed that one of his FB friends had just posted a picture of one of the race cars in the basement.  Immediately we were looking around , checking if we did not see his friend walking around.  A phone call later we walked out to the town center to go and have a drink with one of Jan's friends that I had never met yet.   Ha, the power of mobile internet. 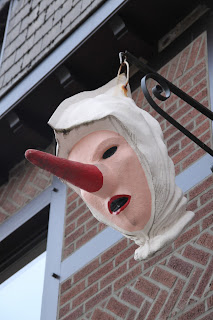 Brian Miller said…
some neat sights along the way...how cool to be able to connect with jans friend too...have yet to make it to mobile internet...
2/3/11 02:02