I've spent in the past a total of more than 14 months living in British Columbia and have seen about 30seconds a bear so far, running back into the woods.


But this time we must have been on the road at a perfect time:  end of May/start of June when the snow had just barely (and unusually  late) melted but not just yet higher up from the highways.  But next to the highways it had just melted enough  to let some fresh grass & clover grow. And bears are hungry when they wake up after winter so they went where they could find the yummie clover, often not too bothered by the passing cars and foreign tourists snapping pictures.

Bear # 1: too far from the highway to get a picture

Bear #2: a nice looking brownish black bear, very comfortable to graze closeby our car but startled by some noisy crows after which he hobbled swiftly back into the woods 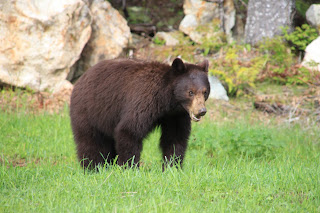 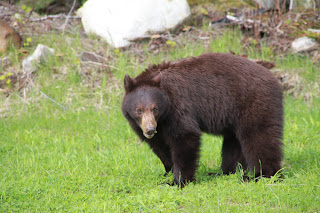 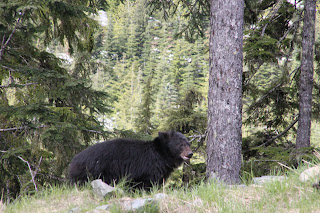 Bear # 6: a beautiful big black bear that just kept on posing and grazing and posing even after a second car had approached and lined up behind us 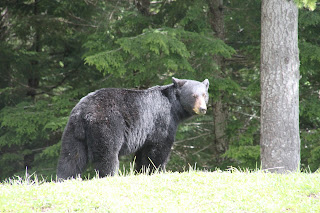 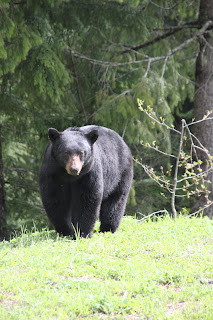 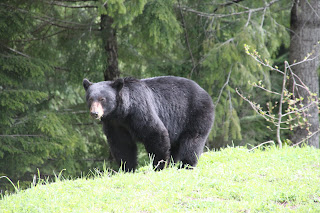 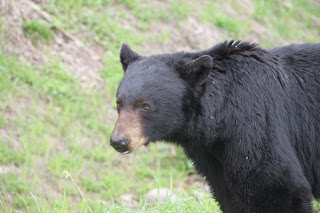 Bear # 7:   hotel staff was proud to point out to us a bear wandering on the Whistler ski slope on the other side of the valley. can you see him? 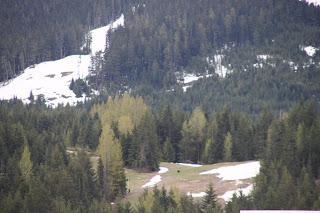 Bear # 8:  if there's a traffic jam in the National parks....look at the side for bears :p 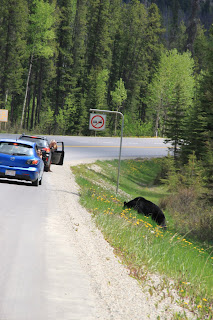 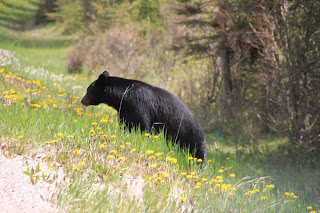 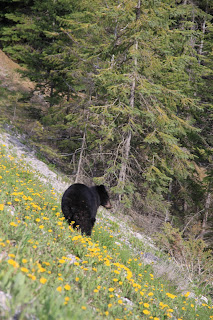 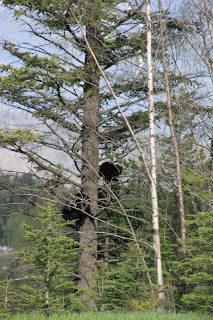 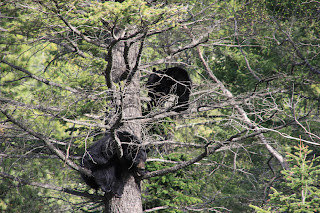 Bear # 13 was our lucky sight to spot a grizzly 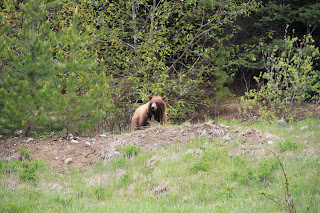 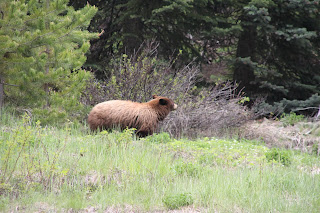 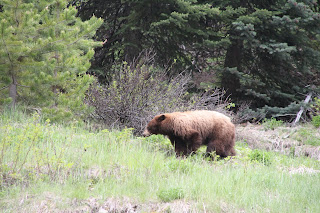 Virtualsprite said…
Great bear photos! We have one that comes in our yard, especially when we throw strawberries in our compost, but he doesn't like to be photographed.
6/7/11 22:57