It promised to be another grey and rainy day but Jan had read about Nideggen a lovely midieval town in the Eifel (Germany) and suggested to go and visit.  So we drove further than Monschau which we already start to know fairly well. Just before we reached Nidegger we followed some arrows to a look-out, only to never find it before the road descended back into the valley where we had come from.  We missed a turn back to the town and then Jan stubbornly ignored the GPS and he continuously went on a little further as that was surely the quicker road to go back.   I agree that making U-turns is boring and so we ended up touring a bit through the valley.

"Look there, a fort"
We pulled over at the little village square named "Uben der/den (?) Graben" (Above the graves) of Untermaubach to explore what seemed a big village fortification currently (divided and) privately owned. We wandered around on the inner courtyard but found no explanation on the what and where of the place so we went on again. You can tell when an area is scattered with historical places when there's no need to put up interpretive signs.

When we were approaching Nideggen again, we tried another viewpoint and this time we found a trail leading to a watchtower high above the forrest with a stunning 360° view back towards Belgium , the nearby Eifel nature park, the fortified Nideggen on the next hill, the villages & dammed lake we had just passed etc... 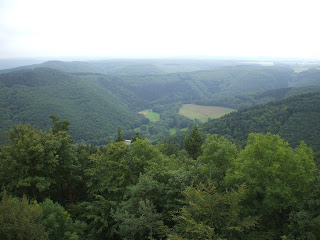 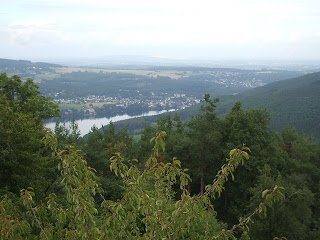 The area had been mostly destroyed in '44 by WWII battlefields when the US troops had reached Germany here already 14 days after D-Day, yet fought for 5 months in these hills.  This is the cross of a missing US soldier whose body was found in the woods here in '91. 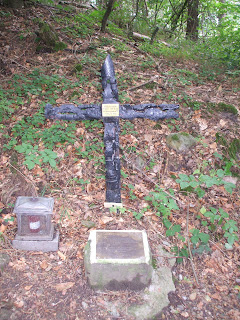 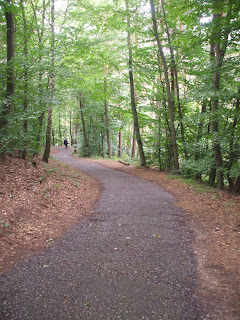 1,5h after our original passing, we finally arrived at Nideggen and parked just outside the midieval town gates.
The little town indeed was filled with welcoming little squares and cobblestone roads lined with charming houses and some restaurants. These led to the fortress we had seen from far towering over the surrounding valleys. 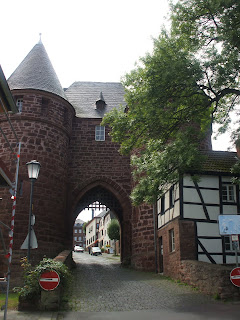 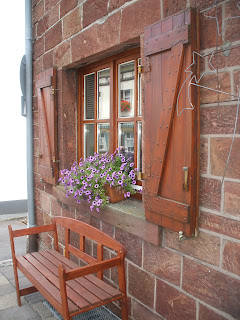 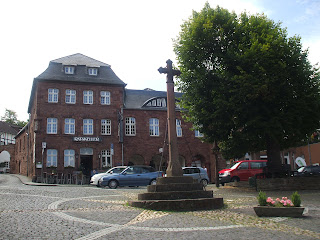 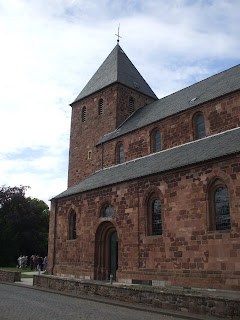 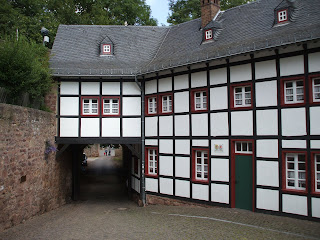 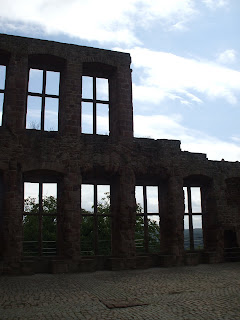 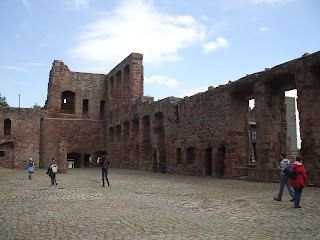 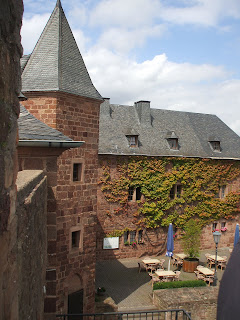 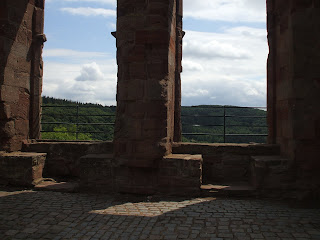 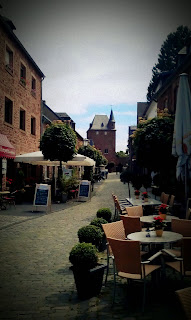 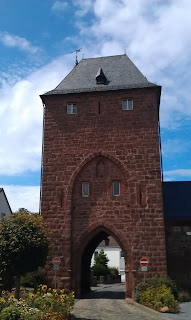 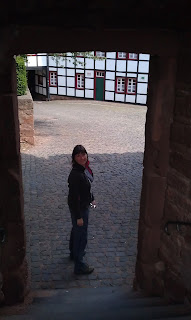 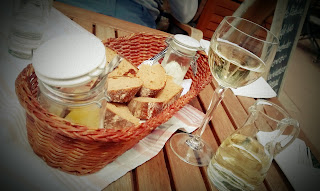 We drove back with another detour through the Eifel and discovered that the area is really scattered by pittoresque towns that most of them have some sort of midieval fortification and they are not all flocked with tourists like the much more popular Monschau.

Brian Miller said…
what a cool little town...would be neat to go somewhere like that...our history does not have the same depth though...maybe one day i will cross the seas...
24/7/11 16:05

Virtualsprite said…
How beautiful! I have always wanted to visit Germany and your photos make me long for a trip even more.
25/7/11 17:39