"The men of 73" have created last year a new giant and it needed to get baptised. For that event 40 other giants visited Leuven previous Saturday and paraded through the city center.

Giants are a part of Flemish folklore that dates back to the Middle Ages and a lot of cities have one or more...Leuven now has 3 and is trying to revitalise the tradition of giant parades.

It was very nice weather and there was a nice crowd out in the center, curiously waiting for the parade to come by....ha, in a way standing there looking out across the street to check if they are not coming yet and listening if the sound of the marching bands approaches is half of the fun to be honest.  The fun of anticipation.


Fiere Margriet is waiting in the line-up for the parade formation. 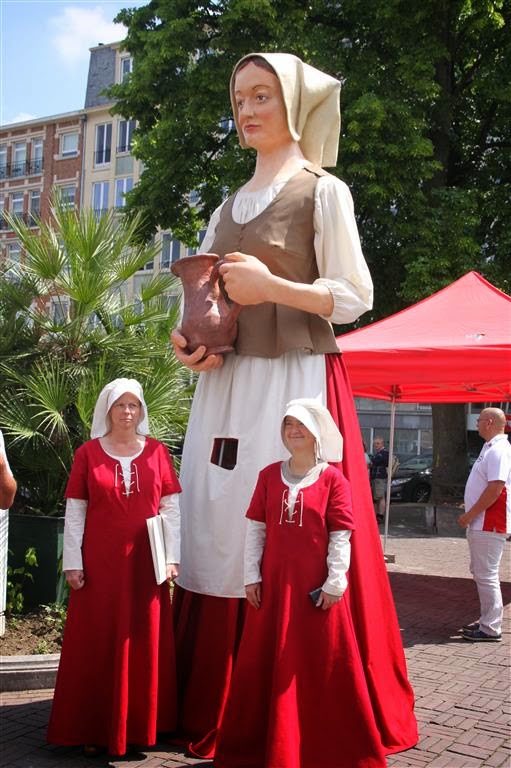 Her giant godmother is waiting close-by 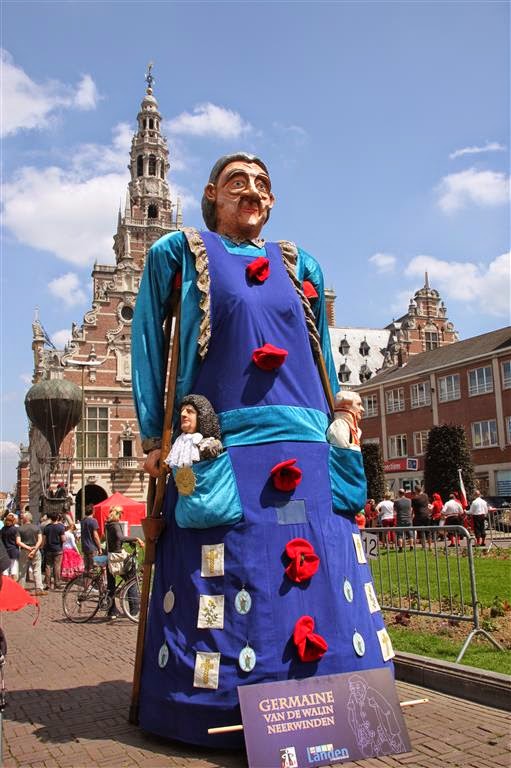 The waiting and anticipation fun 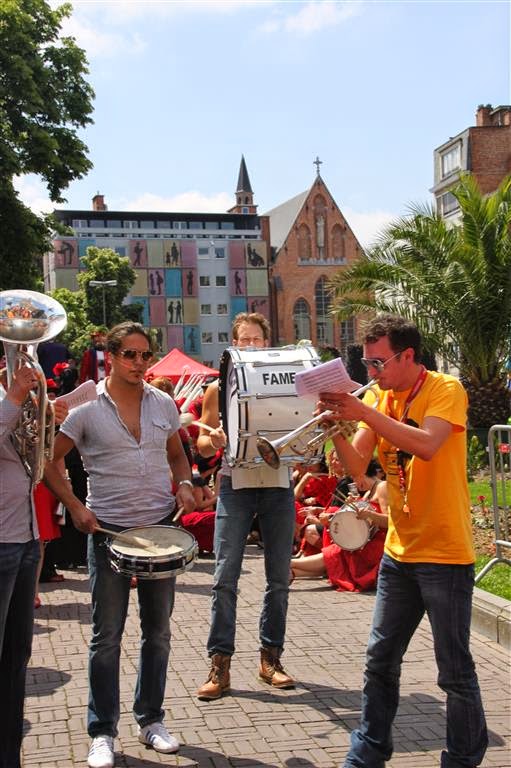 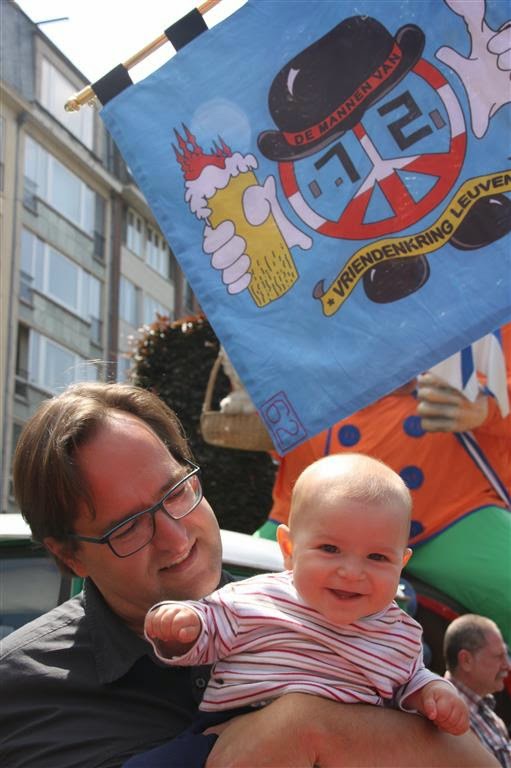 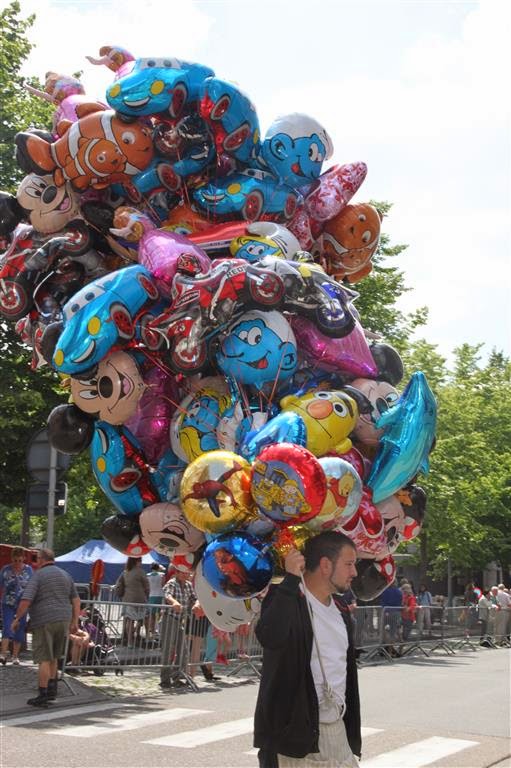 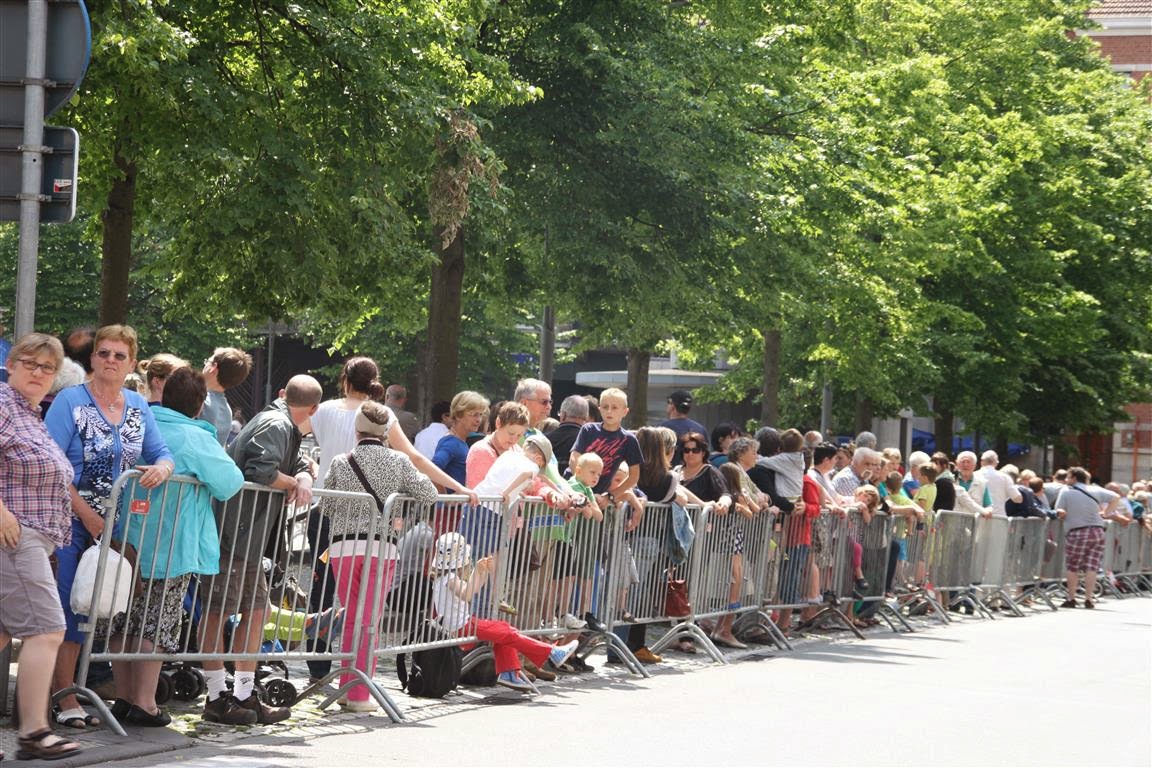 And then the parade approaches...with the flags of all the men of the year up front. A bit later a true banner /flag spinning band from the area was showing off their skills, followed by a local folk dance group.  Then it was time for the giants to come by:  historic figures, card figures, ...they all came by. 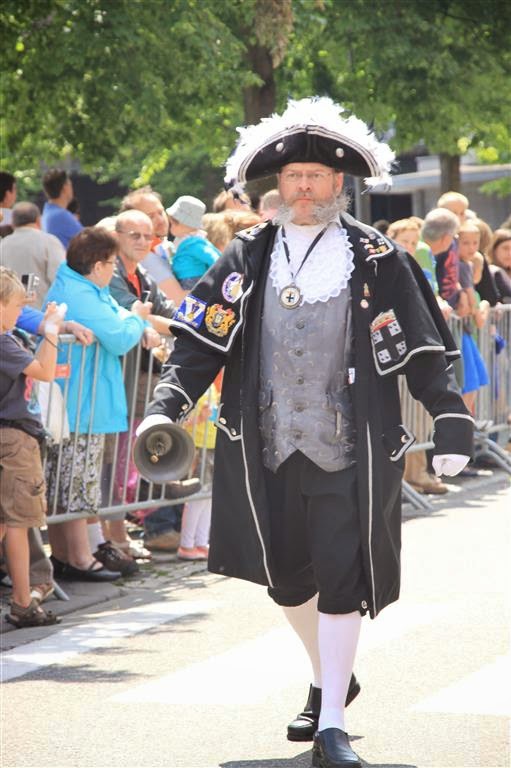 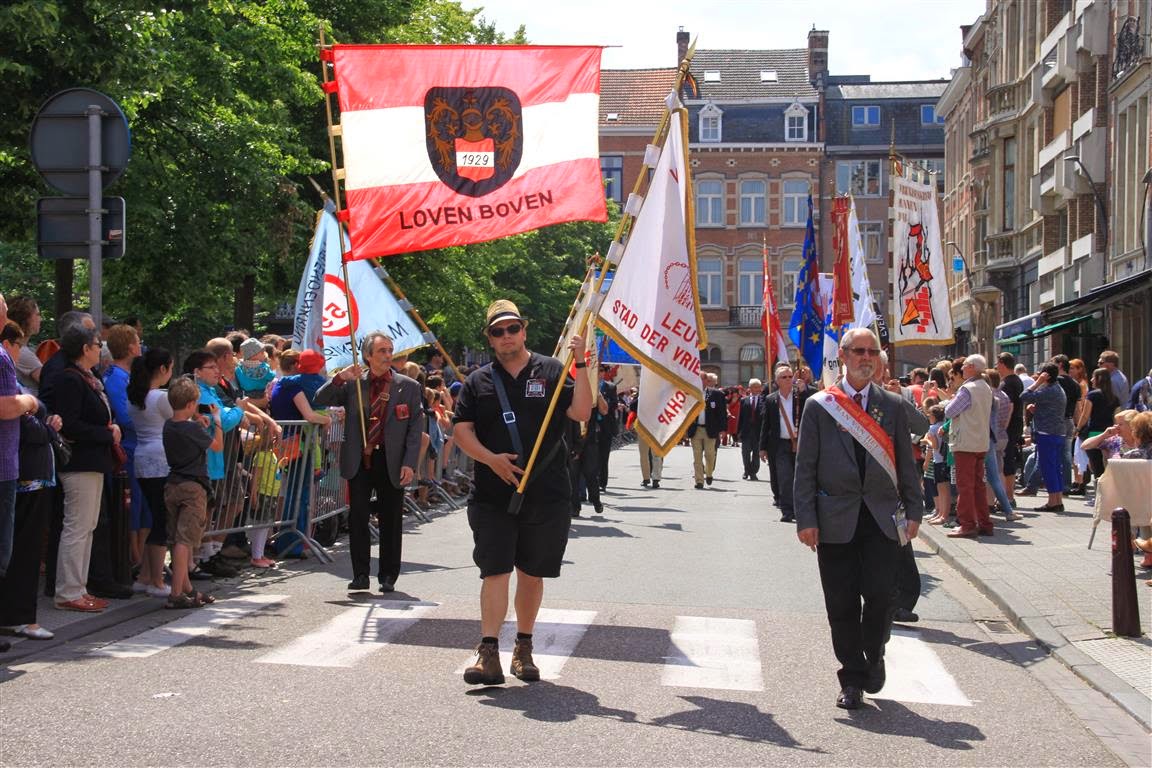 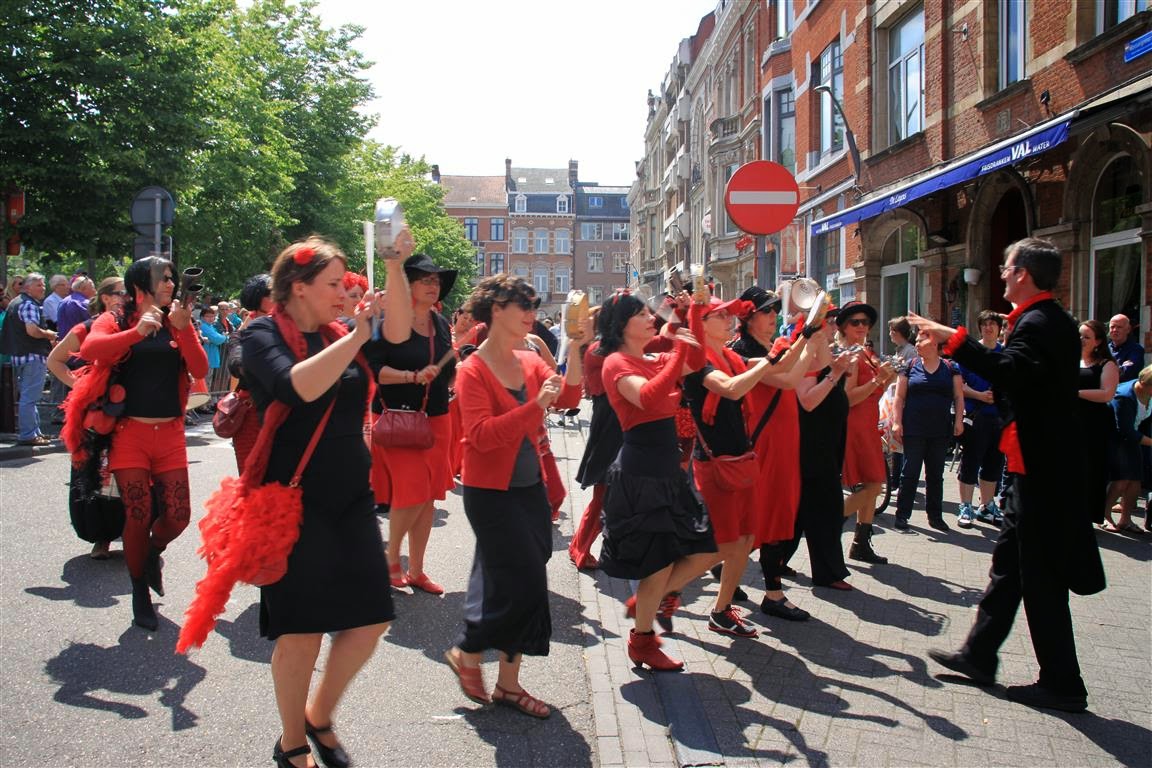 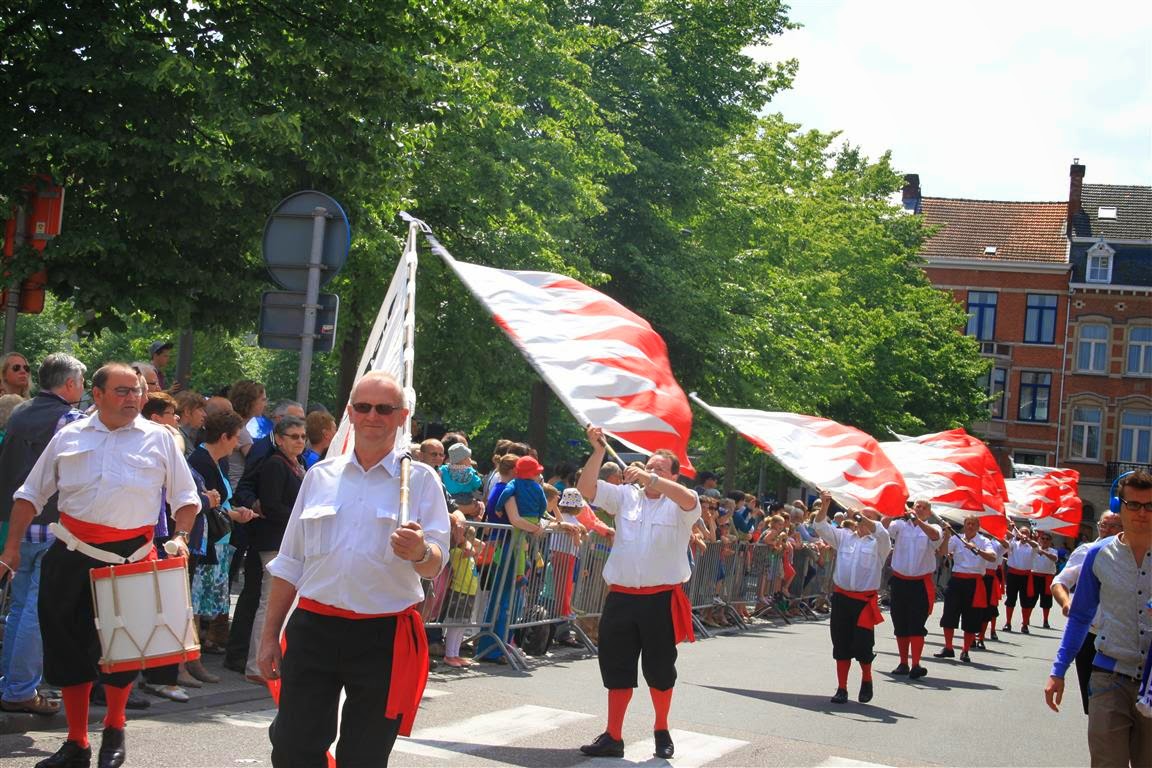 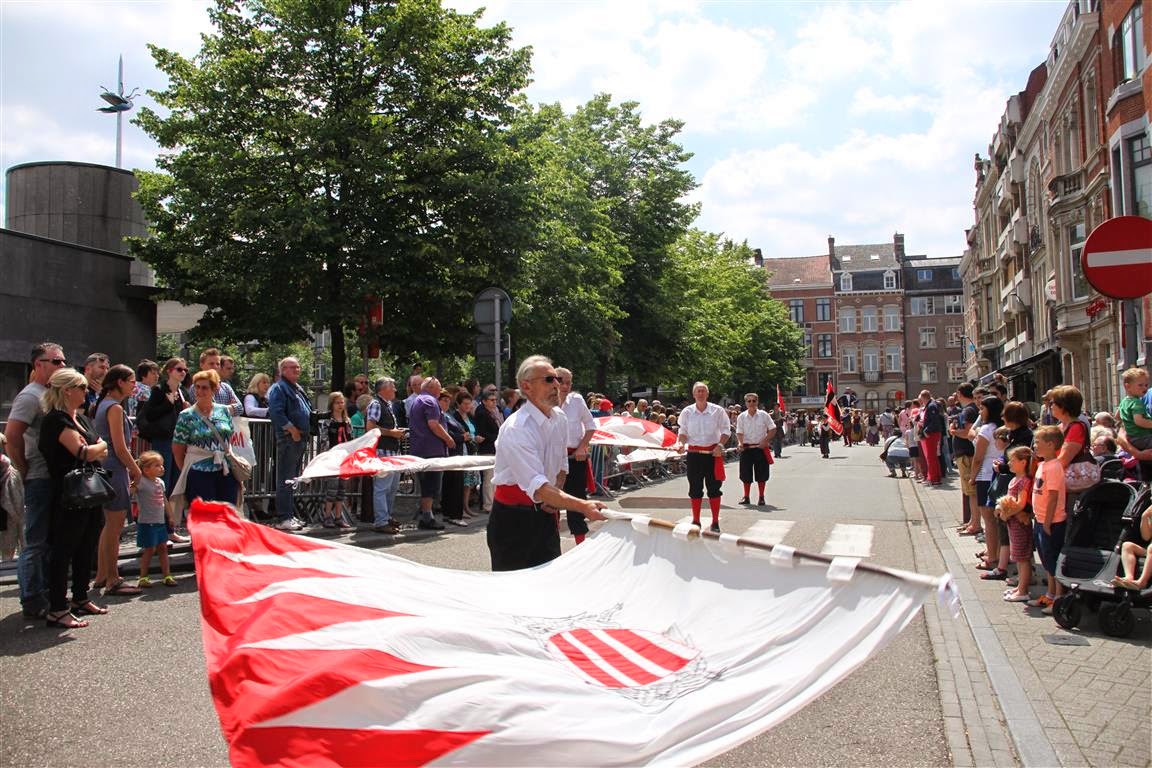 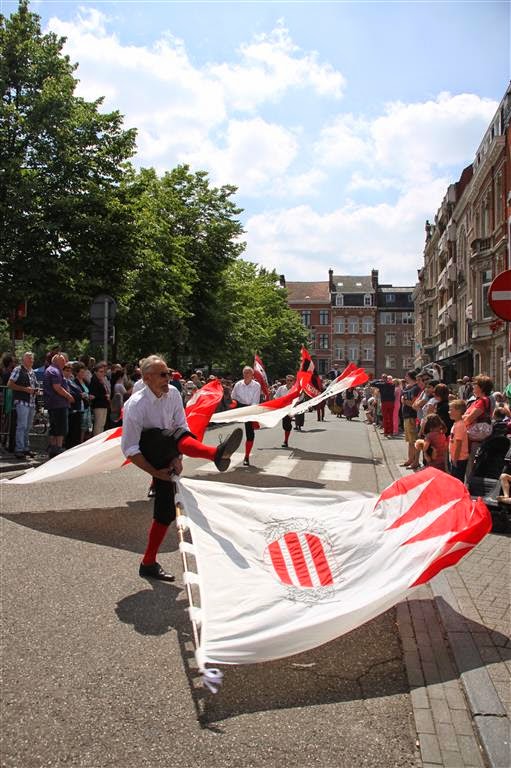 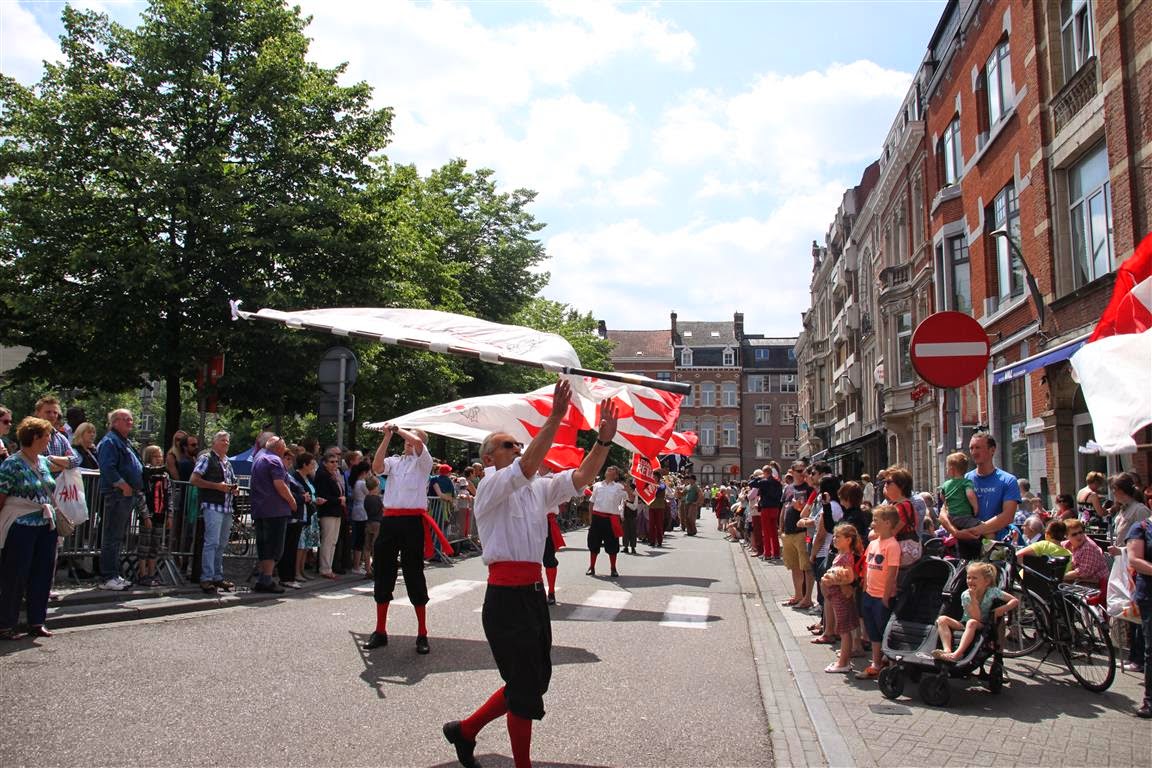 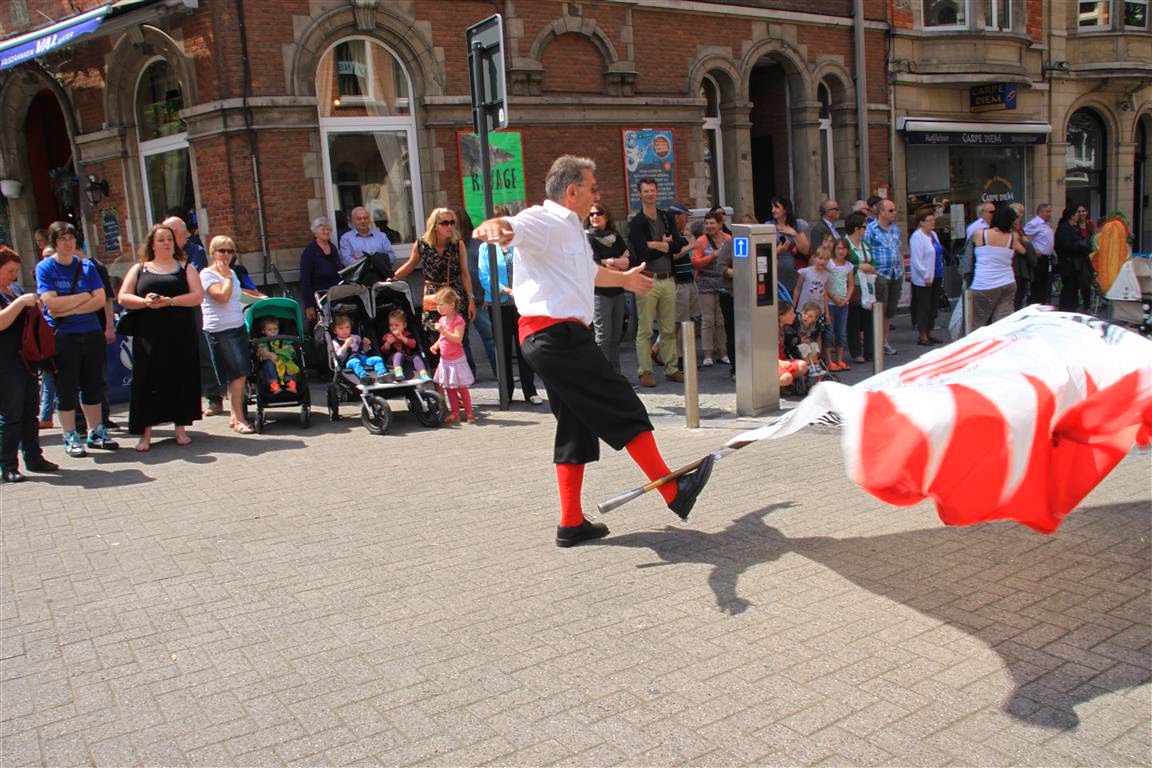 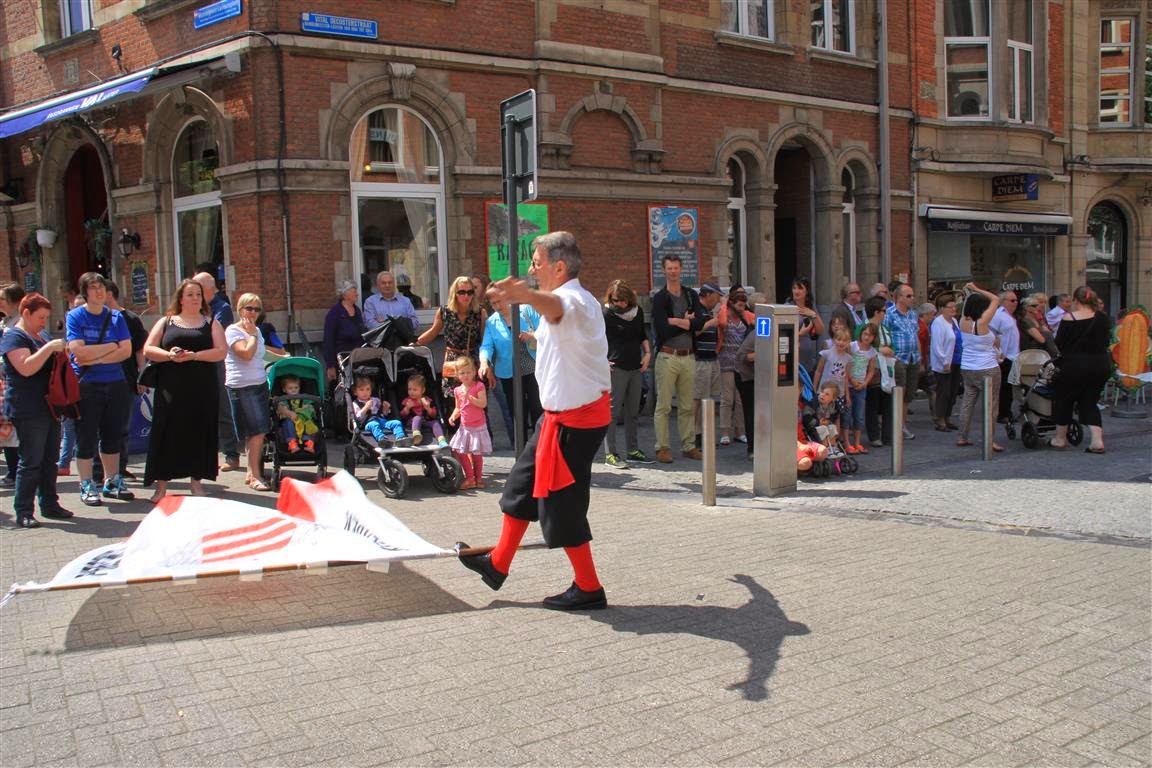 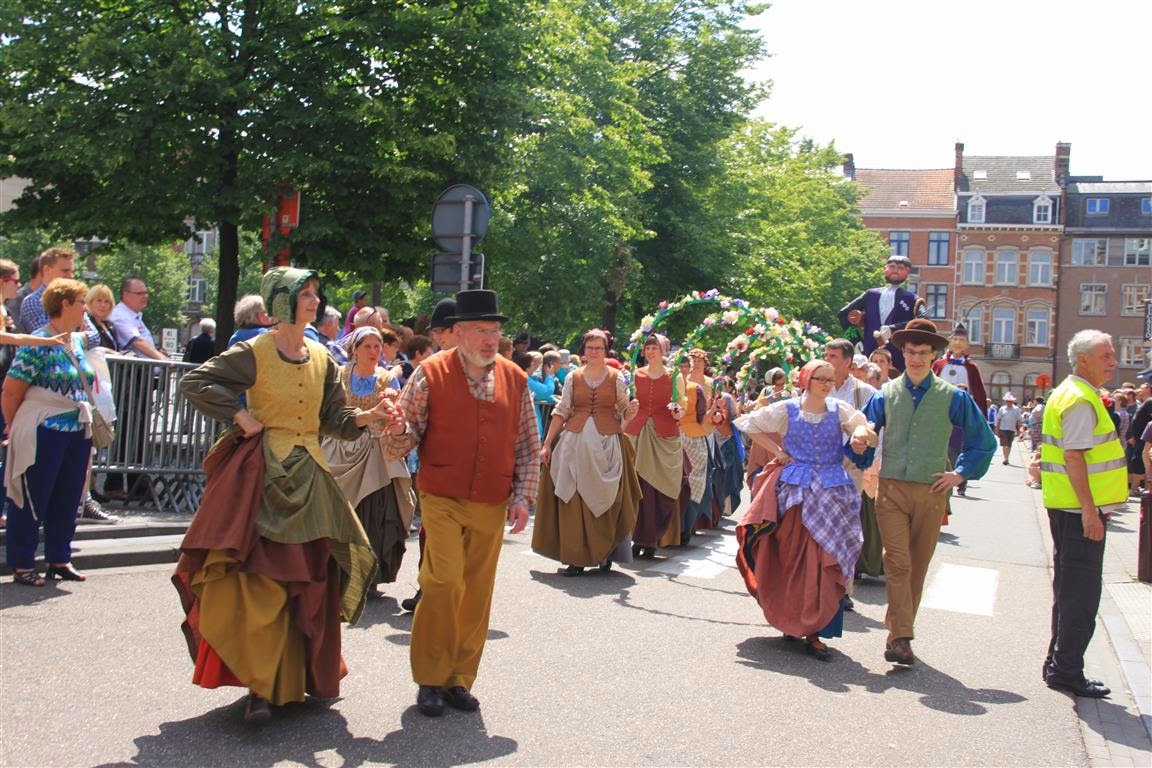 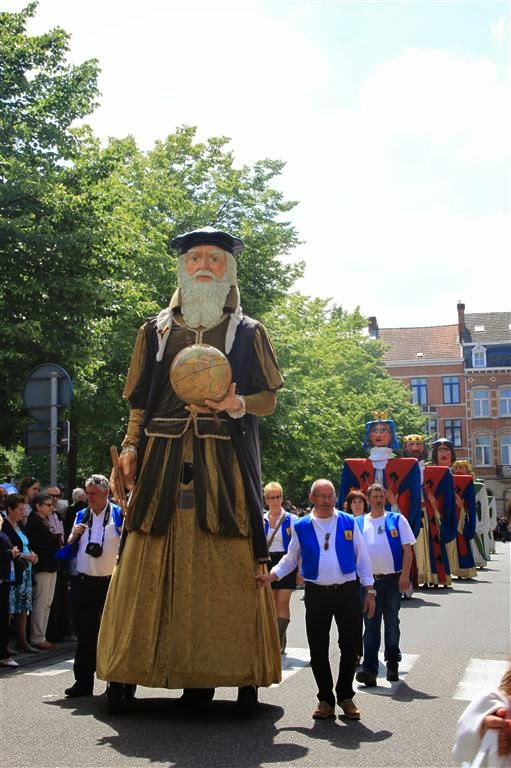 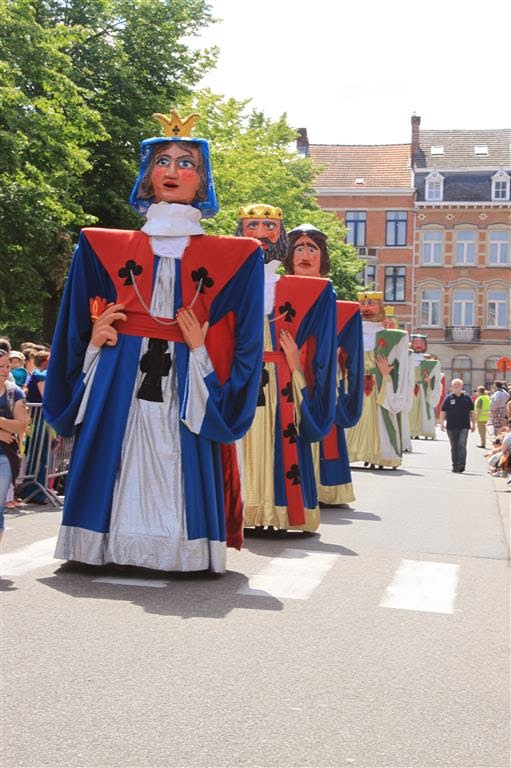 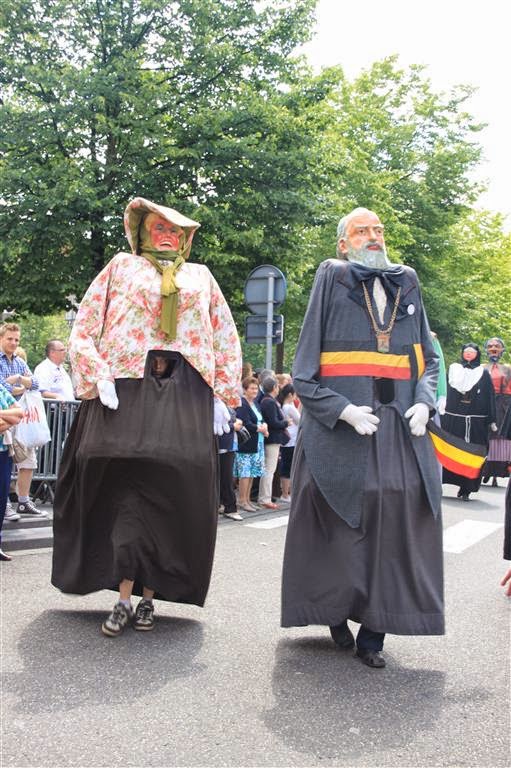 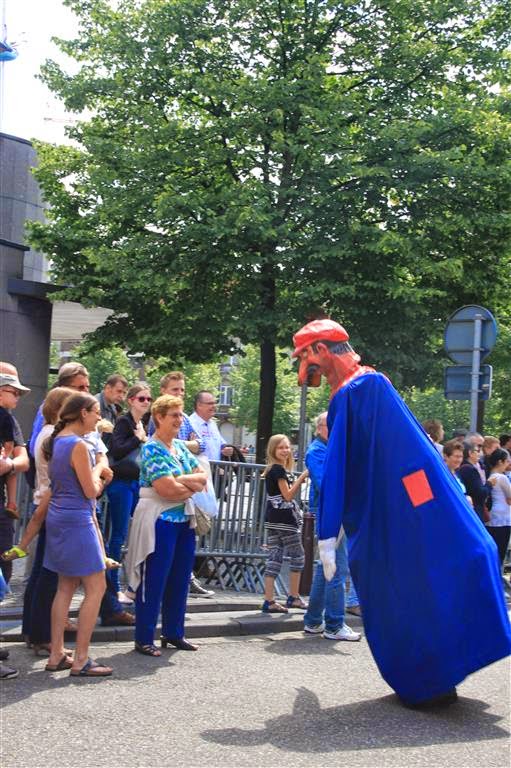 Fiere Margriet, our youngest giant from Leuven , of course the honor to walk in the finale of the parade. She was welcomed at the city hall by a honor row of giants.  After some speeches, there was a true baptism ceremony preceded by the dean of Leuven (who also baptised Kabouter), with baptism vows from the representative of the visiting giant godmother and giant godfather. Ha giants...they're clearly one big happy family :p 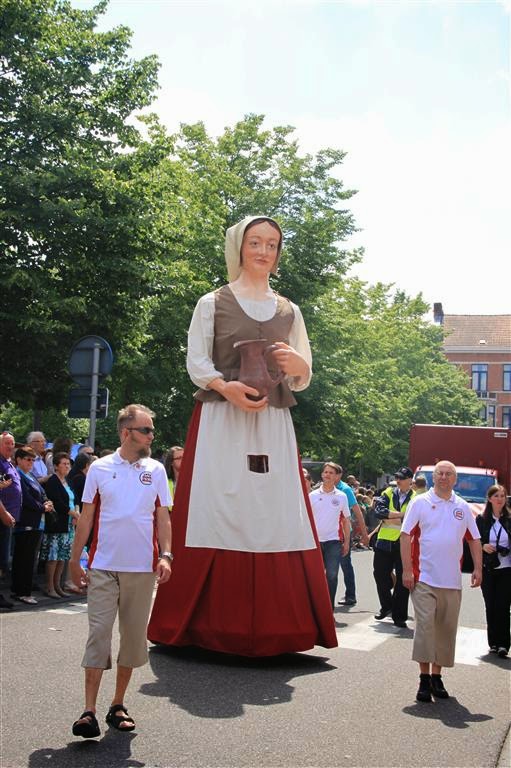 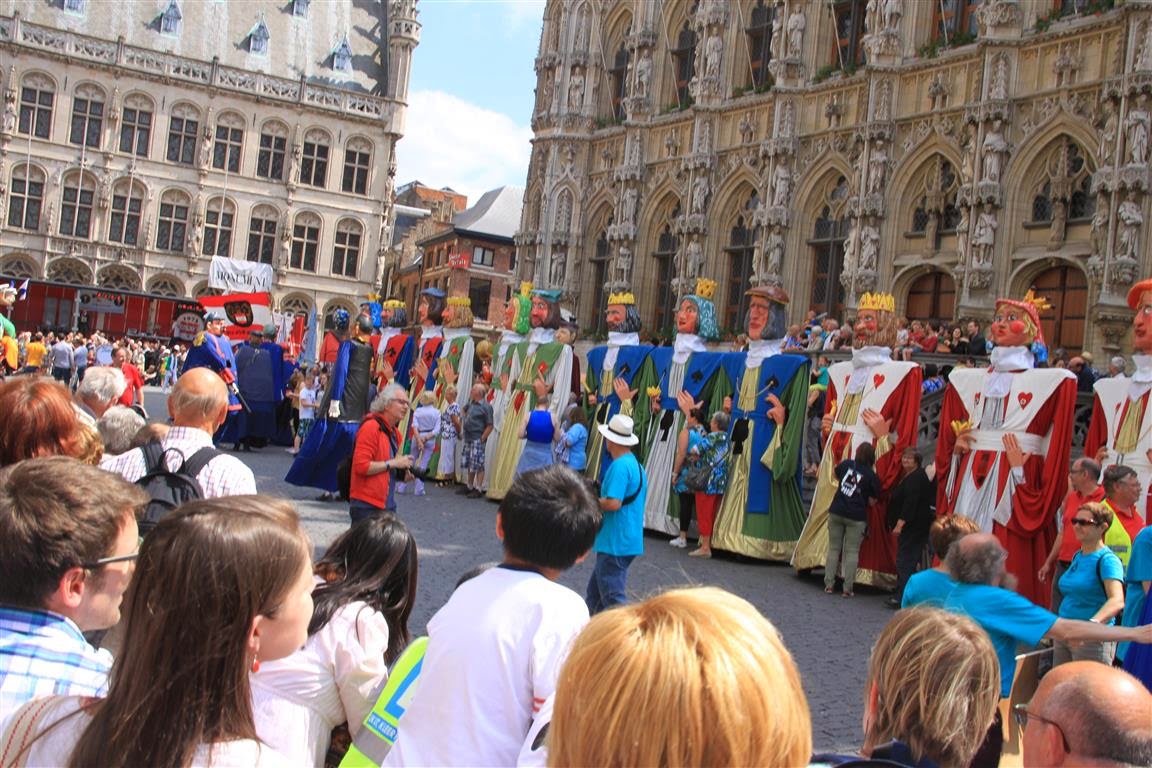 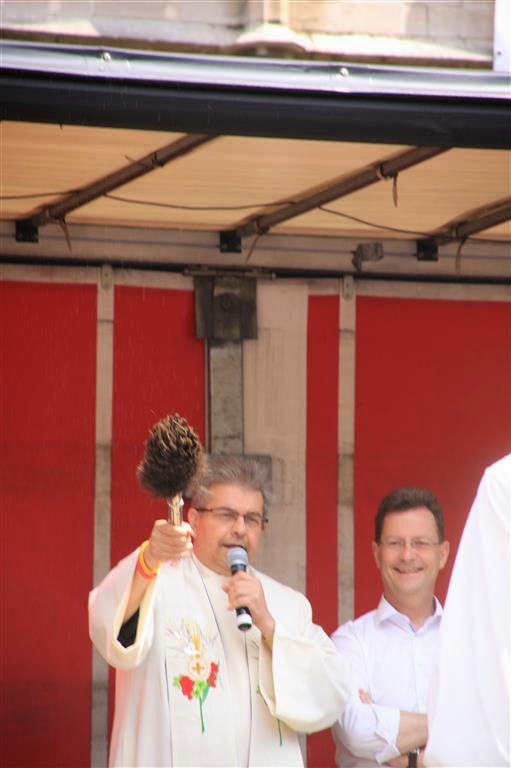