Sinterklaas comes first at the grandparents

The Paris attacks didn't stop Sinterklaas last week to arrive officially in Belgium in Antwerp and the Netherlands in Meppel with a big live tv show  (at the same time...the holy man is magical).  And clearly he already found time this week to pass at the grandparents.

We had planned to tour the grandparents and in between go and see the arrival of Sinterklaas by boat in the city center of my hometown just after lunch. But this morning I realised I had the timing wrong and we'd not be able to make it.   I felt quite disappointed as I had looked forward to take Kabouter to the arrival of Sinterklaas. But then it was pouring hail/rain/meling snow and I felt less guilty.

And so we just visited all the grandparents and Kabouter was delighted by all the new toys that had already arrived there. 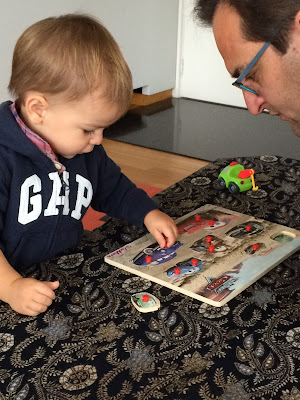 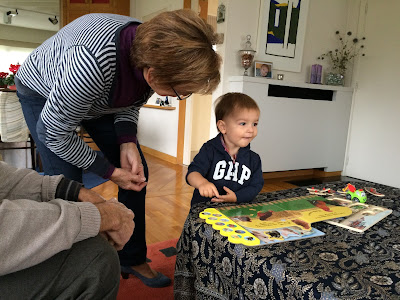 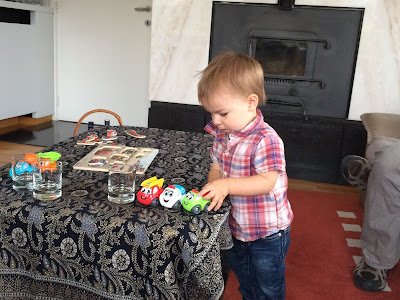 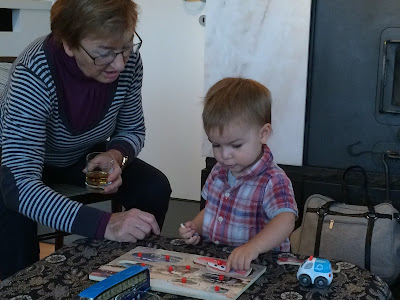 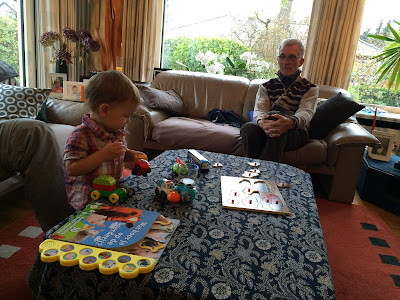 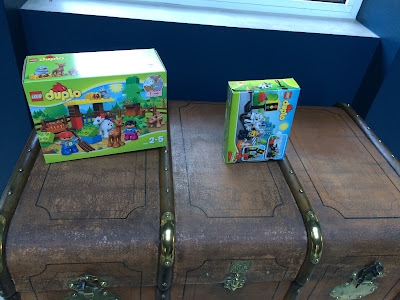 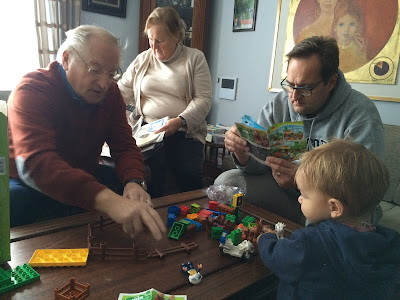 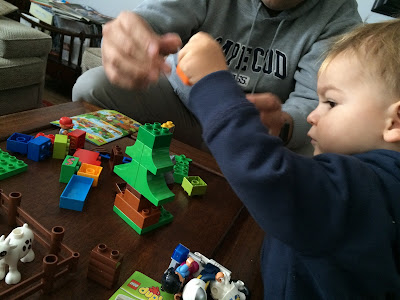 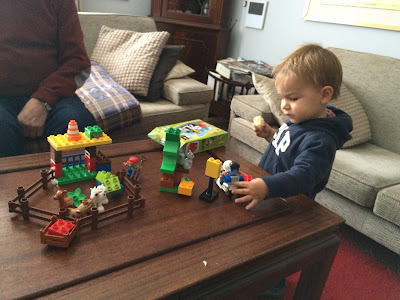 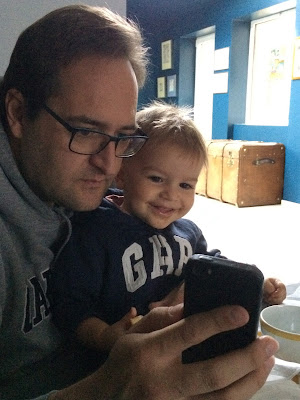 Father and son were reading some books together and then we tested an old bike in the shed which was still more than a year too big but we had a good pushed testride nevertheless, training Kabouter's steering capabilities. 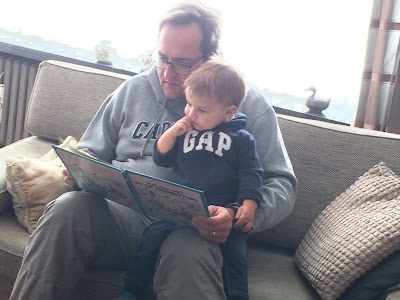 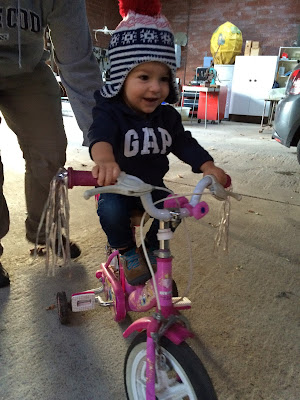 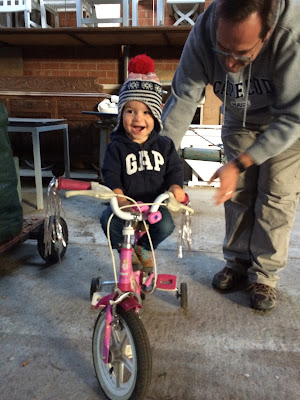