Sofinesse recently wrote a post on why she believed living in a city was so great.  One of the things she testified is that you enjoy nearby green space much more consciously and that cities turn out to have quite some nearby green space.

I had to think of her article when we visited one of previous weekends the "Dijlewolvenpad", a new interpretative nature trail in the Leuven city center.  Rather than taking one of the city center entry roads, we diverted to the parks connecting the back gardens of the historic university colleges.  This trail can be found behind the Van Dale college (but connects to the Dijlepark which we visited here).

New boards and constructions show you the ecologic pyramid, different insect houses, the birds that can be spotted etc... The explanation was too difficult for our 2 little brats but the leaves were fun enough to play with and this itinerary surely beats walking the streets as we usually do.  And we spotted a great spotted woodpecker, which is always pretty cool. 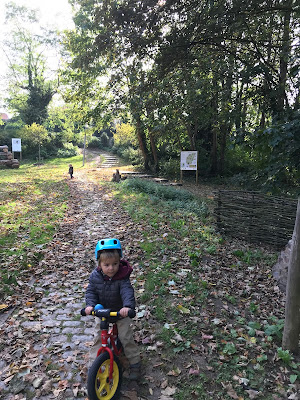 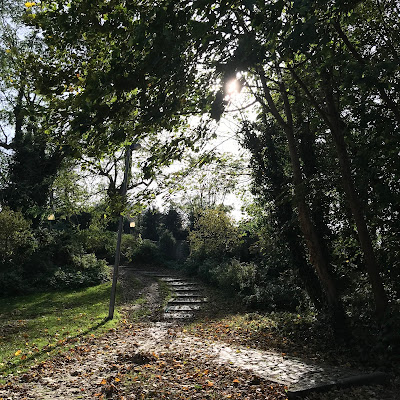 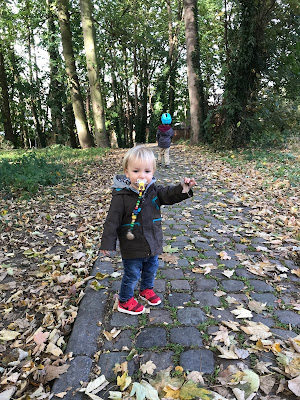 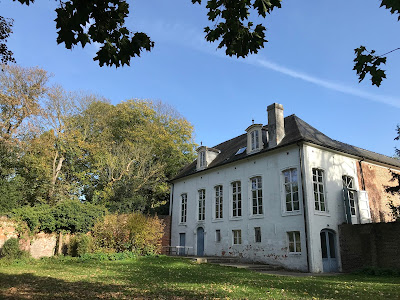 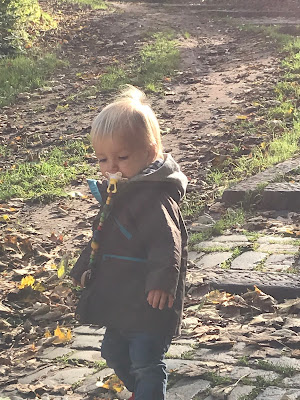 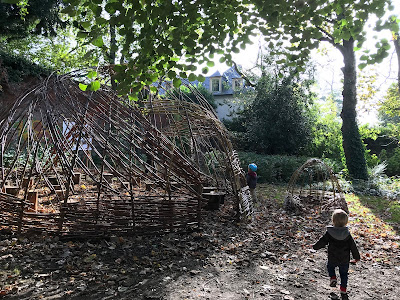 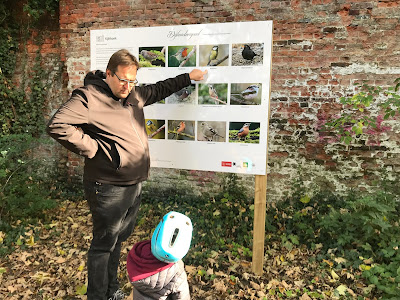 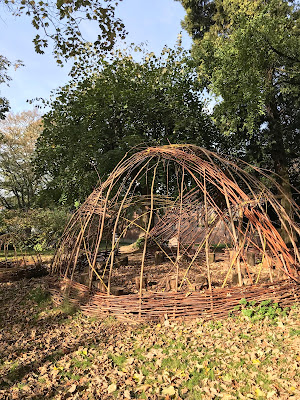