A visit to Train World

Train World was something that I wanted to visit with the children for a while now. At their young ages, they find trains very fascinating.
Now that our weekend was all of a sudden empty, it seemed like a good moment to squeeze out a few hours for this excursion.  We drank another coffee and went off.

To get to a train museum...you take the train.  Train World is located in and next to the train station of Schaarbeek, at the edge of Brussels.  Schaarbeek station is a very sad dirty train station however, which doesn't give a good impression to those travelling to the "Train World Universe, a train opera" as they claim to be themselves. 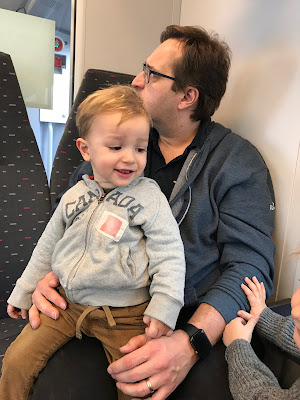 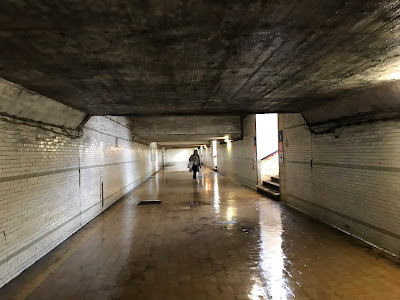 Fortunately the old station still shows its old grandeur with a big exposition hall that shows old train models, films and a display of old ticket booths and ticket material. 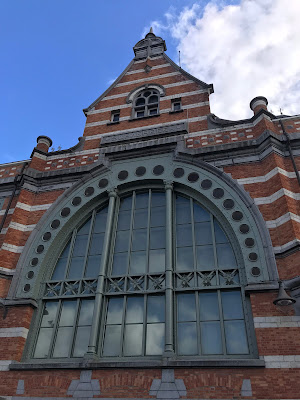 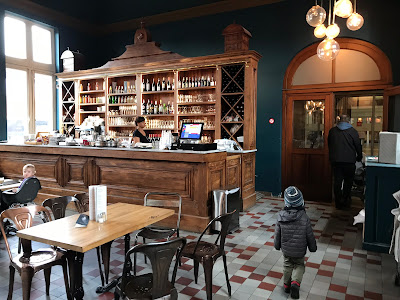 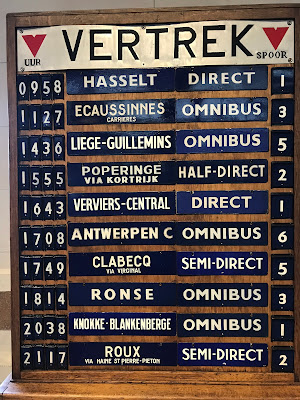 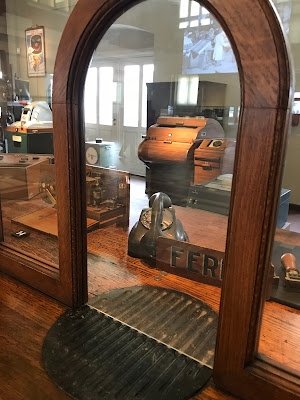 Via the external walkway you get to the new museum building.  The entrance for strollers and wheelchairs didn't work (and also in the building where it is rather dark, there were small staircases and it wasn't always clear where a wheelchair or stroller could take an elevator.  We carried the stroller empty up and down,  yet at one point some personnel came to us so I suppose the museum should be accessible to people with reduced mobility as they claim. It's just not very obvious).

There are big halls with old steam engines, the evolution of passenger railroad cars, the launch of international train travel etc.  It was rather fascinating to see the evolution of almost 200 years of train history.  The railroads have impacted the daily lifes of all of us and has changed society. I had eg no idea about the postal trains.
The engineering and technology have progressed so much...and yet at the same time I couldn't shed the impression that it doesn't progress enough. Our vast railroad network , the oldest in Europe, doesn't shed quite the impression anymore to be state of the art or the most reliable. 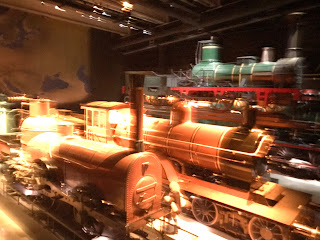 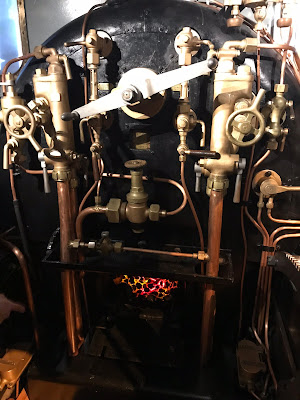 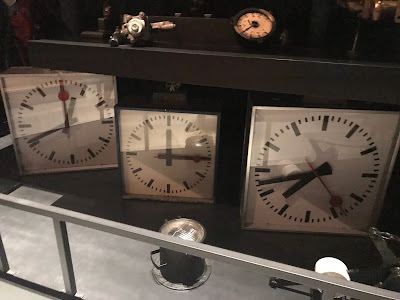 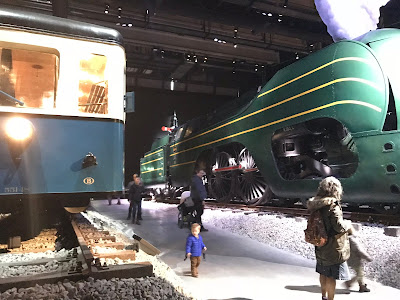 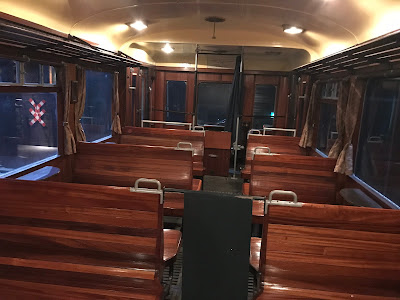 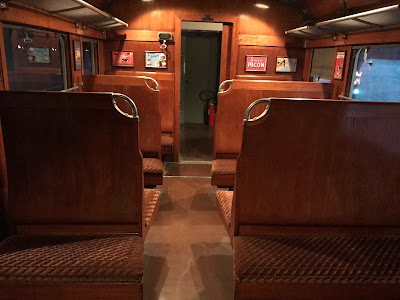 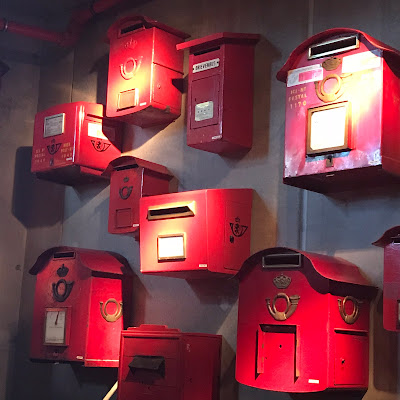 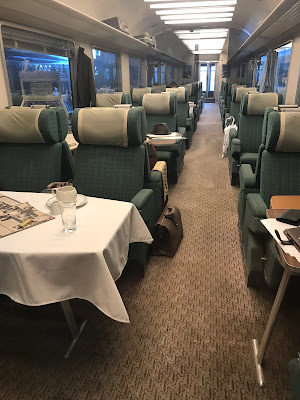 After 1h30, the pace and the attention of the children was sliding away so we rushed to take the train one hour earlier than initially planned.  Wasn't it ironic that our train was delayed with 6 minutes.

The expected crash of the children stayed away. I figured that 2 children, especially Beertje, would fall asleep on the platform or in the train immediately but they kept going.  Kabouter was very concerned about the other children on the platform who had clearly been on a kid's tour in the museum and who were all wearing paper conductor's hats and goody bags.
The children kept going...until we had to walk back from the Leuven. First Kabouter was too tired to walk , so he climbed into the empty stroller and fell asleep.  A bit later I noticed Beertje was riding Jan's neck asleep.

Being a tourist in your own country is tiring 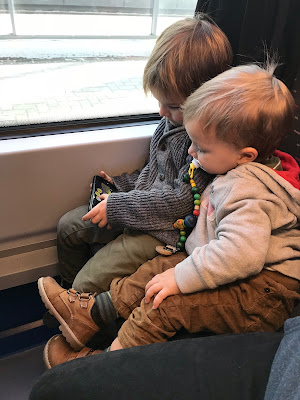 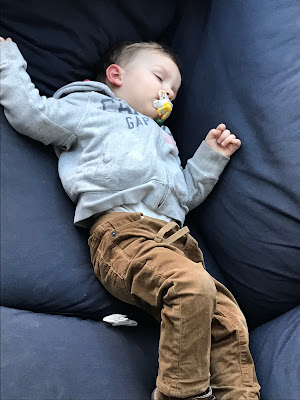