The filmfestival in Cannes is ongoing again. The rich and famous of the movie industry have landed at the Côte d'Azur again and show off their best to catch our attention in the 70th edition of the festival.

While the filmfestival is the best known, Cannes hosts more festivals than just the film festival.  In June there will be the 65th International Festival of Creativity which awards the communication and adverstising industry mainly.

While we stayed in Cannes at the start of April, the International Series Festival  started.  The focus is here on the risingly popular tv series. At the same time the MIPTV, the global tv and digital content market was ongoing as well.   During our stay, the city slowly transformed from just a high end sea-side resort city to a convention city.   Billboards with advertised tv series rose aside each hotel on the Croissette (with Undercover from Tom Waes just outside our hotel: the only Belgian series that was among the 10 series in the official competition out of 150 competition candidates. Unfortunately they didn't win a price.) the convention center got transformed into a festival center with arrows pointing the way to all types of MIPTV and contest locations and hostesses and pink carpets. The beach bars got equipped with spotlights and red carpets and exclusive party tents. And some evenings we had to push ourselves to people gathering with smartphone camera's ready to catch a glimpse of clearly some VIP's that they were expecting to go by at that spot.

We looked around at all the billboards while trying to guess which would be the next series we'd watch on Netflix or on the Belgian tv channels, which would be the next children's hype that would invade our house in the coming years etc.  (our guess was Robot Trains...well for at least Kabouter who couldn't wait to watch it already when he saw it's advertising on the convention center.  Unfortunately for him it's still in development until September 2018.   Unfortunately for us, it looks like a copy of the Korean existing Robot Poli Cars).

We left on April 7 right before the MIPTV convention started off. Good thing because all of a sudden our hotel was invaded with hundreds documentary makers/ buyers wearing badges for the MIPDoc part of the festival that was partially hosted in our hotel.  All of a sudden our family with the children racing through the lobby, were a bit out of place even though the newly set-up security post at the hotel entry didn't want to search our bags when coming in and out of the hotel "because they knew we were part of the hotel".  Time to leave though, it was becoming way too crowded to feel like vacation anymore with so much badged and suited people on the Croissette hurrying up and down to all the events.  What a contrast with the lazy relax week before. 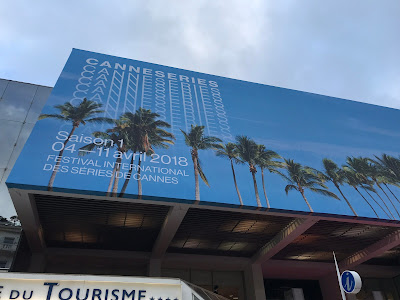 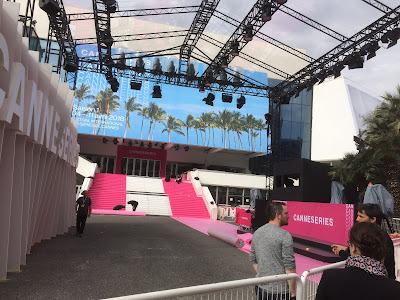 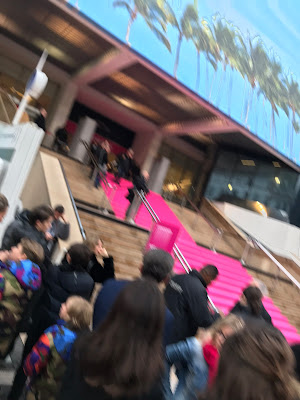 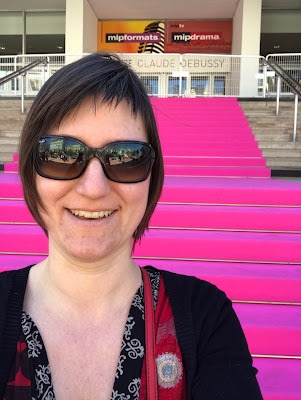 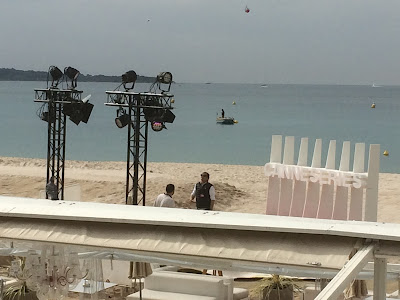 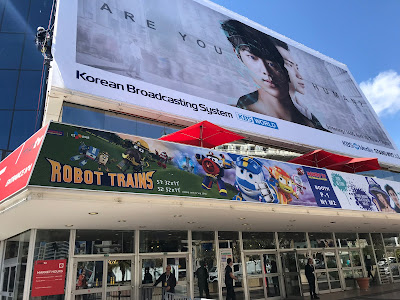 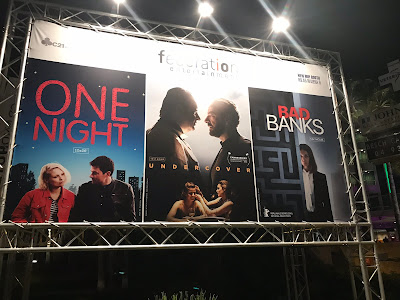