Once a year the city center of Leuven is car-free for one day. (well most of it anyway). We profited from the occasion to make a long walk through the city and explore the different activities.

Similarly as previous editions, I feel a bit disappointment on the activities of the event. It's broadcast that there is so much going on, but it doesn't feel like that.  It is a fact that it's an excellent occasion for neighbourhood parties and those are plenty...but you can't just go do some party crashing I suppose. 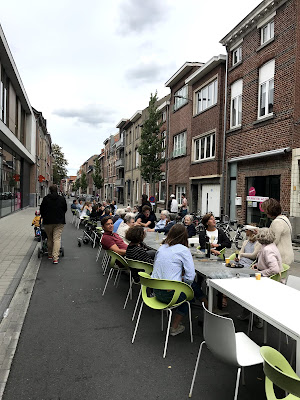 In the city center there's a huge flea market which is interesting to stroll for a bit, but it isn't quite something that makes me overly exciting. With the children picking up the habit to ask for toys at every stand with some toys, I proposed we didn't complete the entire road but turned around. 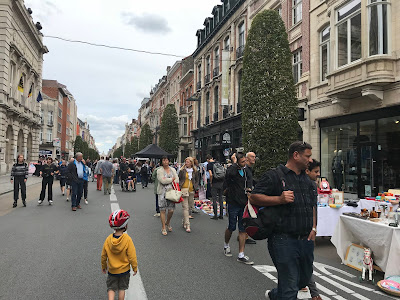 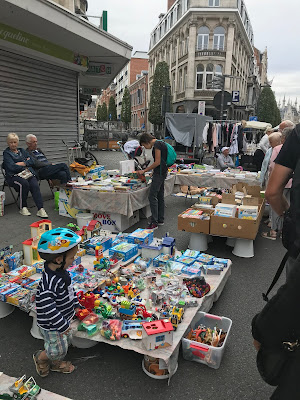 At the city hall, there were multiple "ecological" stands eg info boots on electrical bikes etc.  We visited the one with animals from the nearby forest. 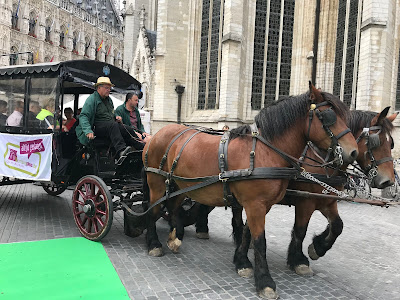 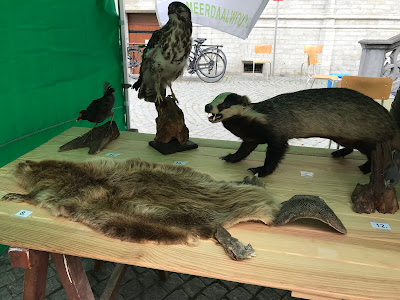 Then we stopped at the foodtruck festival a bit further.  But we were amidst lunch and dinner and not so hungry. The children enjoyed some ice cream but for some reason , neither Jan or I were tempted to try a lot of food.  Previous years (2016 - 2017) we have really enjoyed the straatbuffet foodtrucks but this time we were alone without friends, it was chilly and seemed as if rain was approaching, we were not there at dinner time and I was generally not feeling to well with an ear infection popping up. So I guess it was us, not the Straatbuffet but it wasn't as great as other times.

A funny moment however, how Kabouter immediately popped off along the foodtrucks to hunt for one that would sell ice cream, ordered and then fetched Jan to come and pay :)...afterwards he also went to buy one for Beertje. 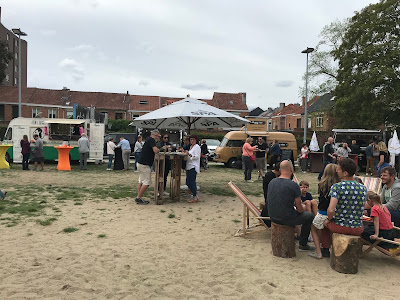 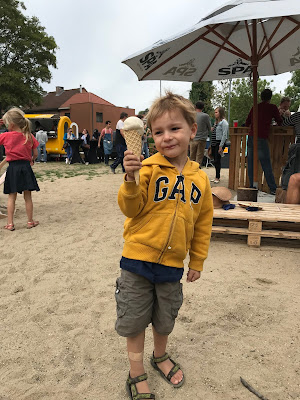 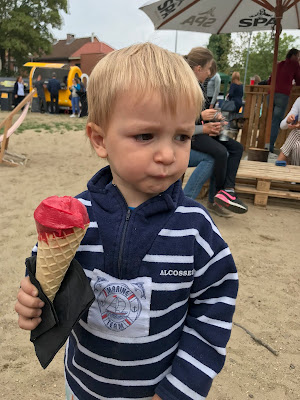 Despite the chilly wind and the grey clouds, we walked home with a detour via the Sluispark where the children enjoyed playing on the bouncy castles for a while. Since I felt cold, I wasn't impressed that Kabouter managed to get himself quite wet in the fountain park which I voiced out with an exaggerated shriek that just escaped...sorry people around me. I didn't intend to scare you all. 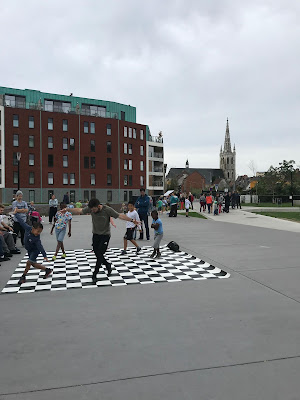 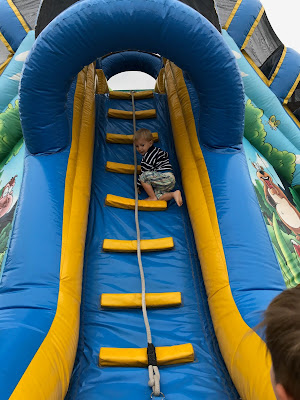 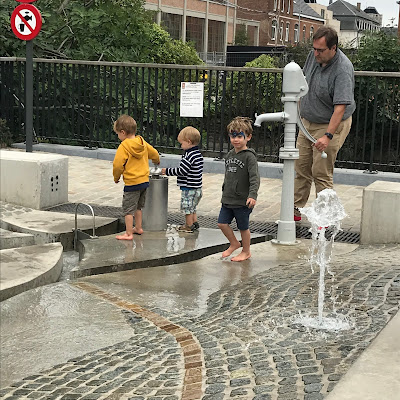 Just before arriving home we hang out at another neighbourhood party not too far, with a cool music performance of Major. Cool local band! Kabouter was clearly inspired to dance and perform a bit on his own. 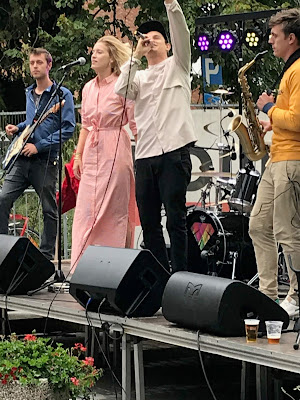 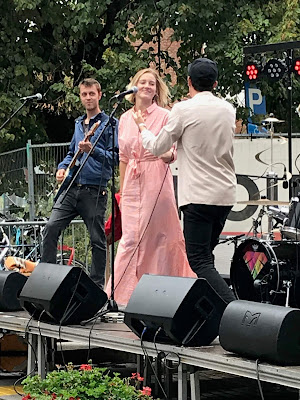 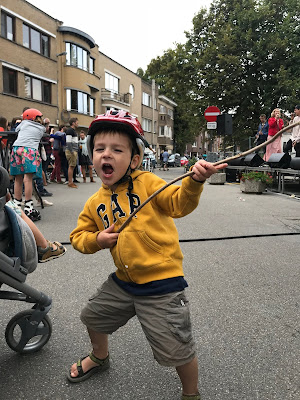