Hotel with an animation team

I used to be allergic to hotels with animation teams. They bring me the image of loud, amateuristic, pushy, attention seeking young adults that think they are funny while they just behave like annoying teenagers. Some memories from cheaper Greek, Italian and Egyptian hotels pop-up.

I wrote "used to be" in the past tense since we chose to return for the 2nd time to a hotel with an animation team. Previous year I cramped up a bit when I saw the team ligning up in the morning next to the pool with a music installation.  They danced to Chayenne's Madre Tierre  which they repeated at noon and in the evening.  The upbeat song became the rhythm of our vacation and has remained all year on our "happy" playlist often played in the car.   Also this year, Chayenne is still the theme of the hotel.

Beside the 3x 4' dancing, the animation is fortunately rather discrete and spread out over the terrain of the hotel so it doesn't feel pushy and disturbing.  There is one hour of aqua gym each morning in one of the 2 big pools, but other sport offers are on different sport terrains on other sides of the hotel without people hassling.  I intended to participate in yoga on the special roof yoga deck this year, but by coincidence, unfortunately on both moments I had to take Beertje to the doctor for a check-up. I'll have to come back for that. 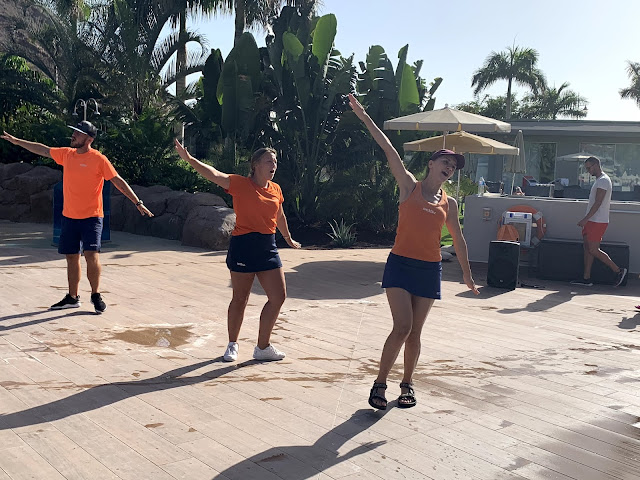 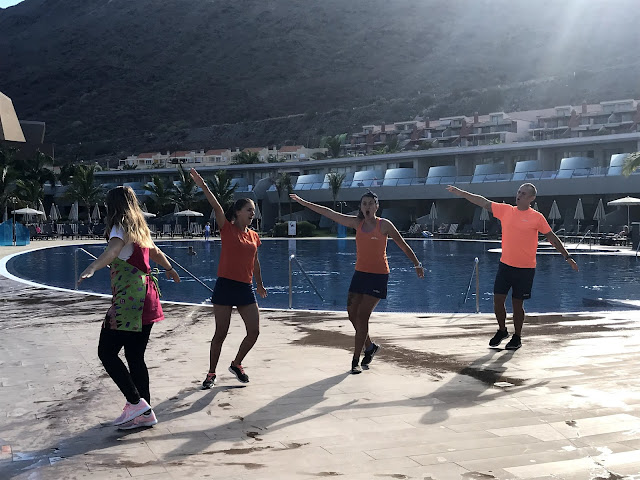 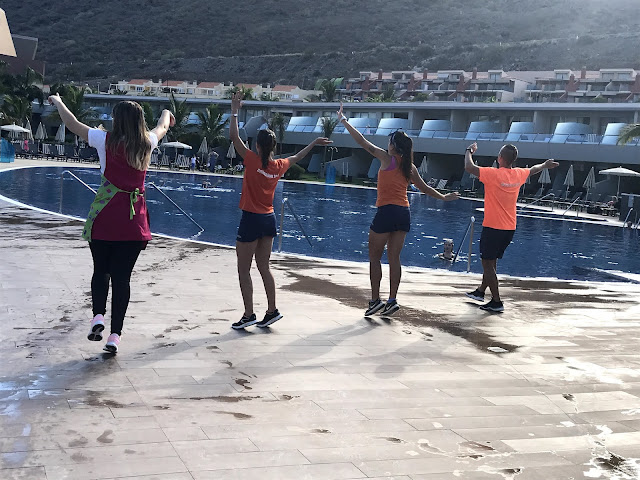 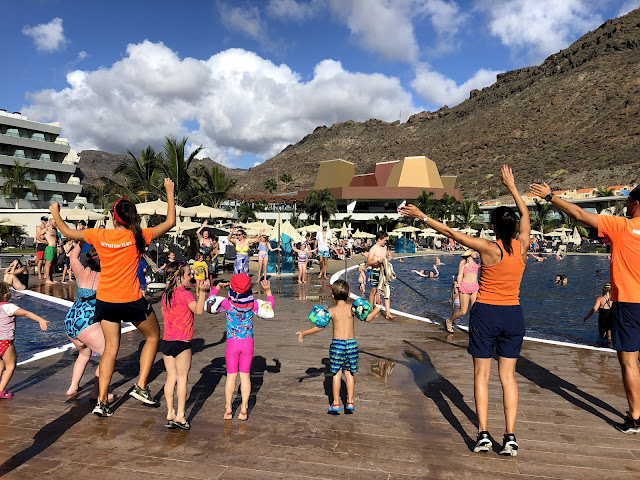 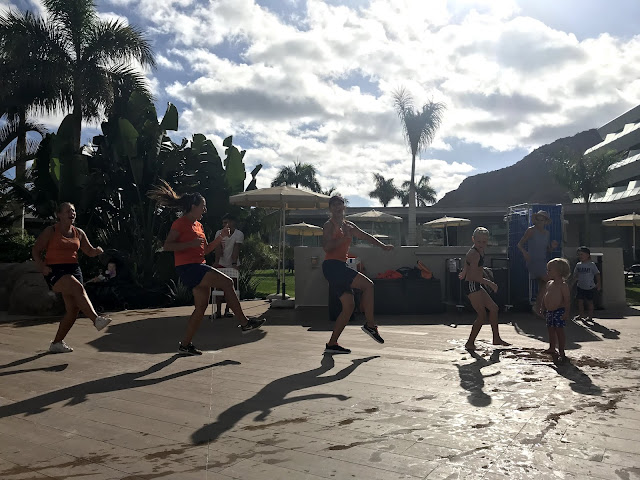 For the children there is a VIC's children's club next to the children's pool.  Previous year we tried to avoid Kabouter going too often, because it felt stupid to us that he would sit inside when we travel to a sunny destination.  But he seemed to enjoy the crafts (which he obviously never voluntarily does at school! Kids, go figure) , the endless drawing and coloring, ... and we gave up. If he has fun, he has fun and the club isn't constantly open so in the end it's a good mixture of time. Unlike some other children, we always gave him a white bracelet which allowed him to walk in and out as he wished and we often visited to see what he was doing.  This year Beertje also made short visits, which was a bit more annoying since his age demanded that we'd stay there with him inside. 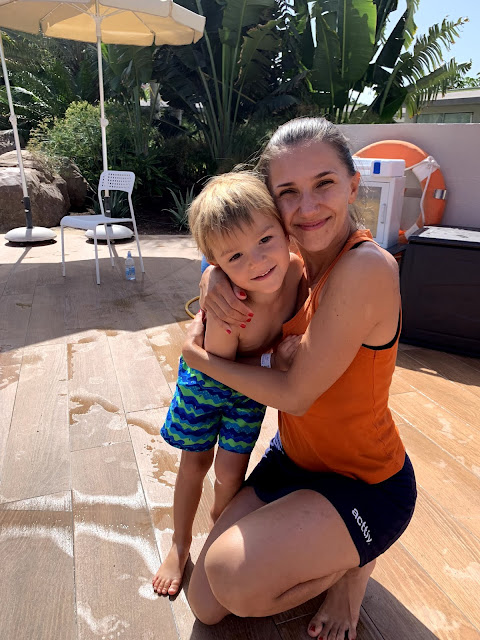 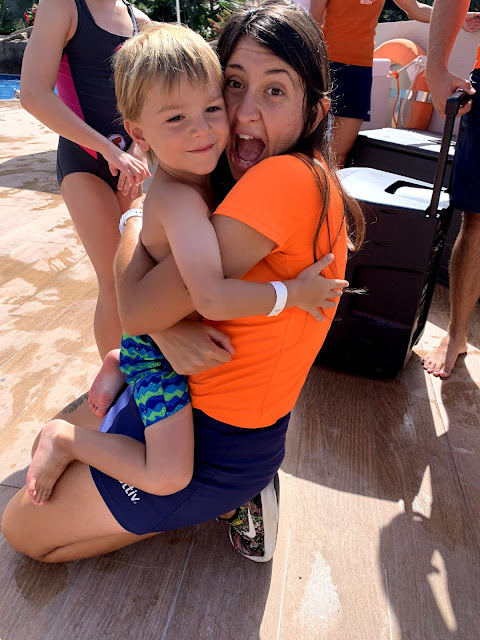 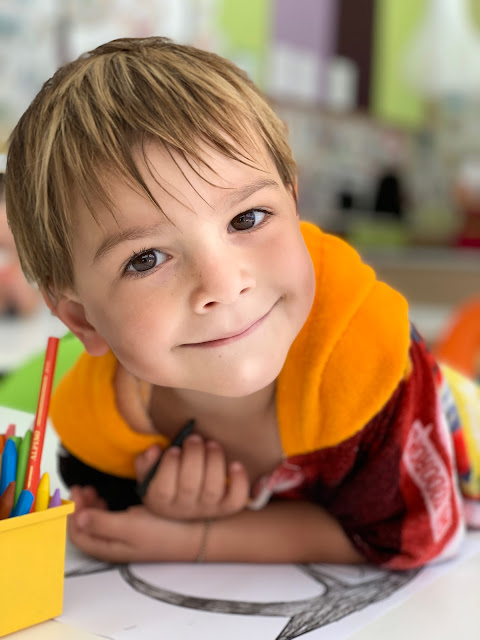 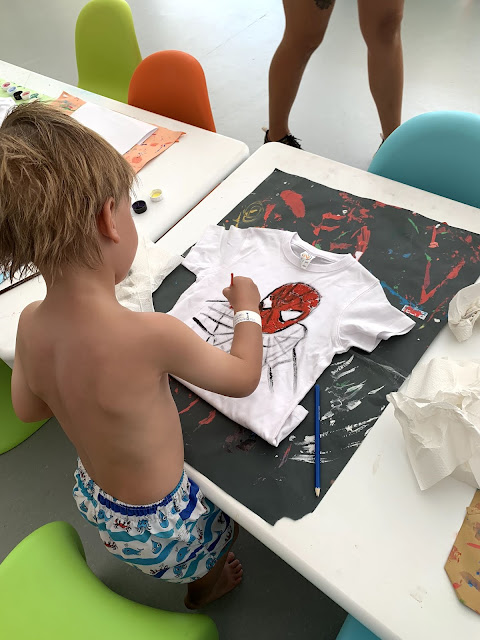 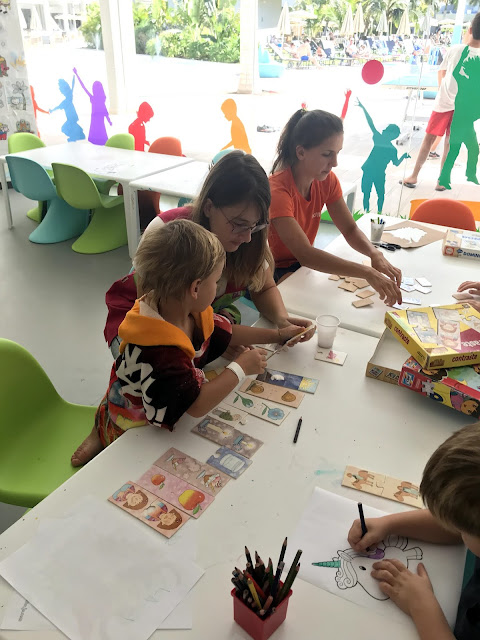 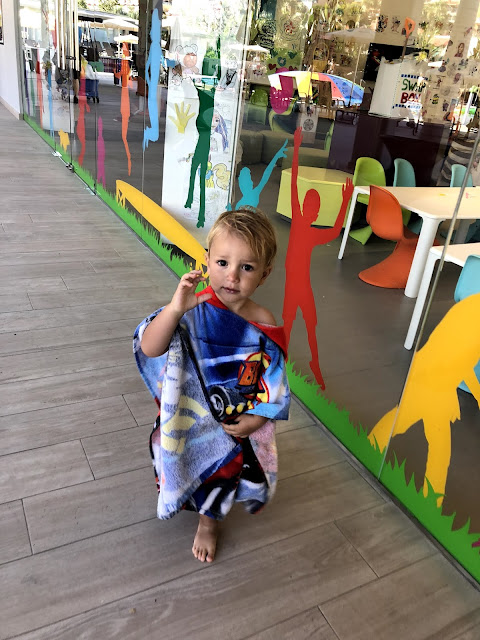 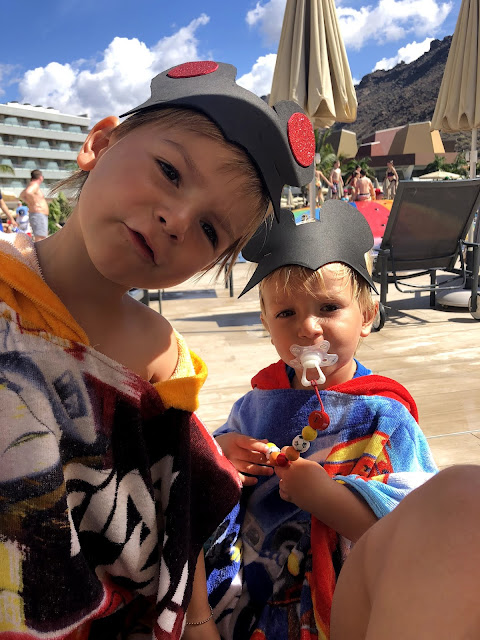 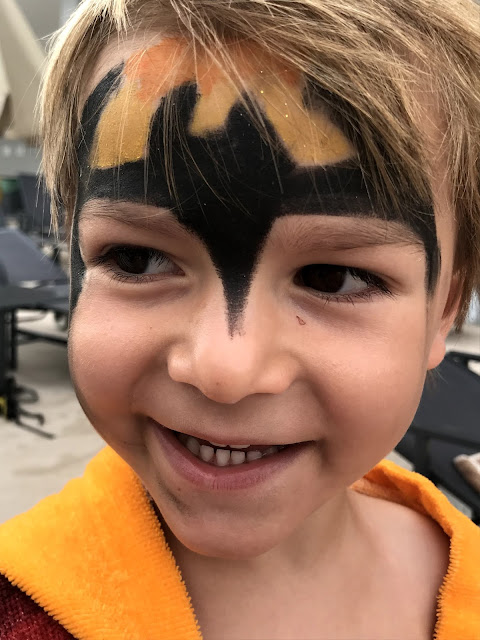 In the evening we usually picked up the last part of the minidisco before returning to our room.  Beertje didn't always dare to participate but Kabouter usually was more in the mood to move next to his favourite animators. 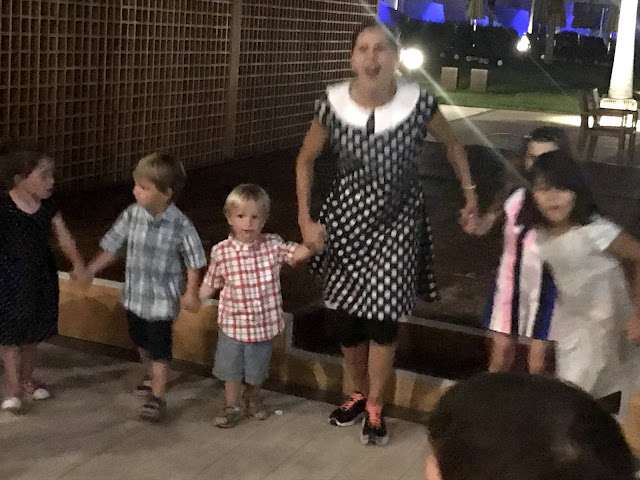 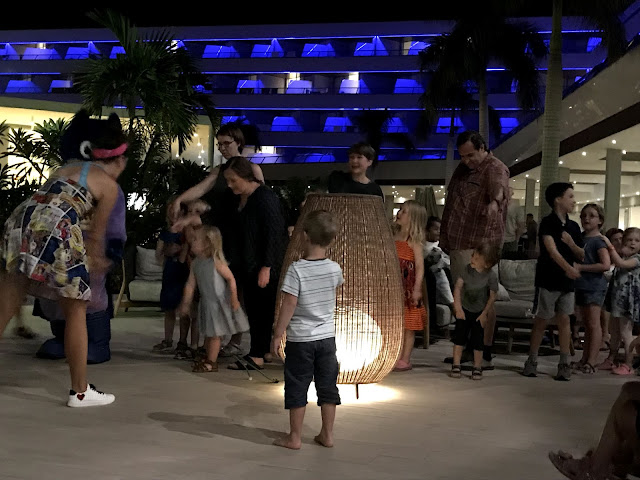 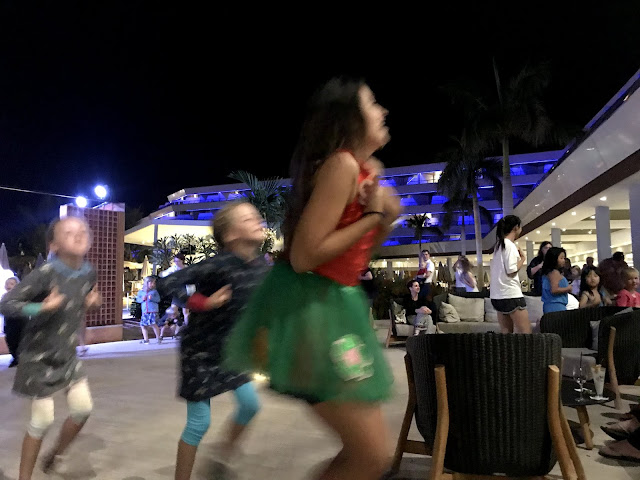 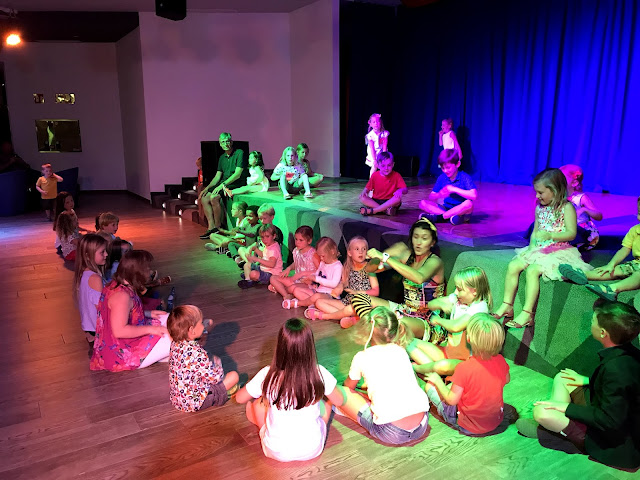 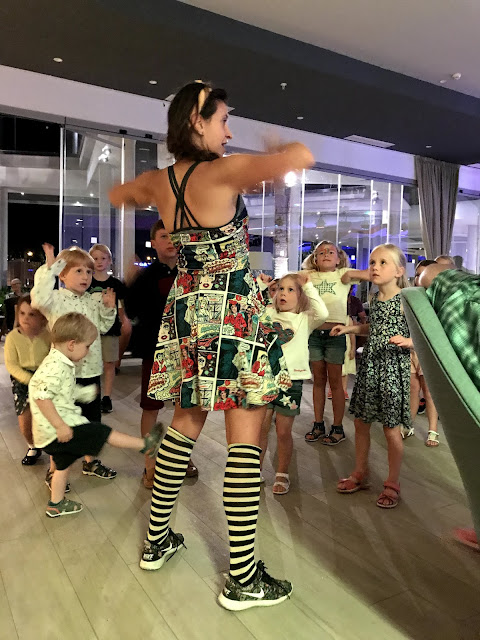 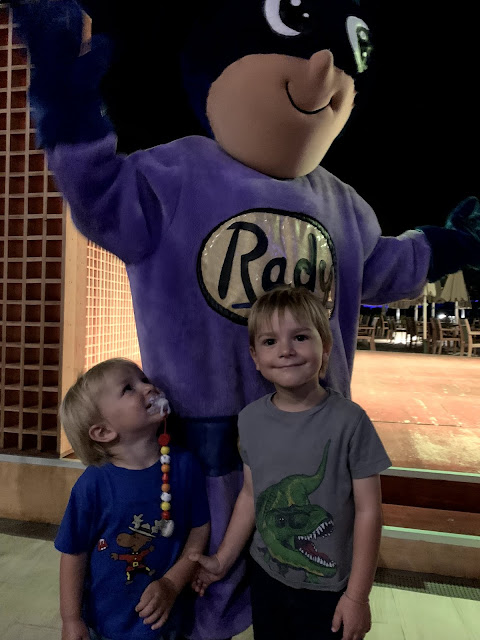 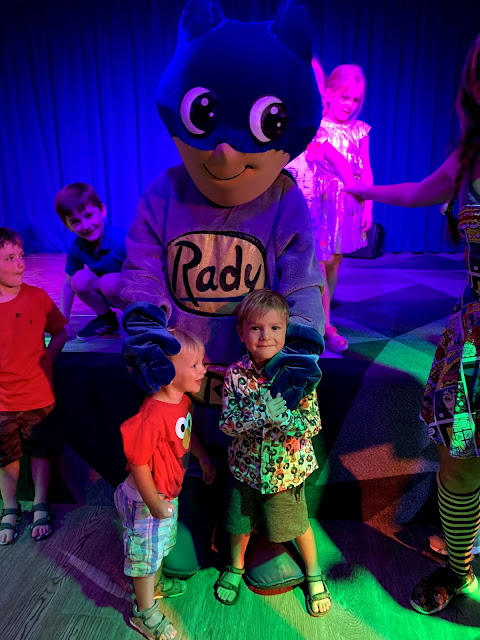 And now...I am looking forward to hotels with a balanced discrete and professional animation team, especially when they bring fun to my children :).