Swimming in the pool

The goal of our past vacation was to soak in sun and to hang out at the pool. After our active road trip in the US in May, this was our lazy vacation.  I've learned from the past that I also can truly enjoy to have no plans whatsoever for almost 2 weeks without getting restless...quite on the contrary.  The more time I spend on the sun bed (with or without a book), the less desire I got to get up. It's been the 4th time we've been in Gran Canaria and I still have hardly seen anything of the island besides our hotels.

We returned to last year's hotel, since it's such a great place to hang out as a family. Especially the child splash pool is a real feature where children can have fun and hang out. It features a bit rainbow trampoline bubble, fountains, spash buckets, undeep zones of different depths, etc... Babies can sit and pour some water in cups in just an inch of water and a bit further you can get sprayed wet and the bigger children jump acrobatically on the trampoline (and all of that with a life guard on duty).  Now that the boys are both a year older, there was more 'swimming' than the previous years and we also spent more time with them in the nearby deep pool. Usually it took some persuasion since the water was a bit colder than the kid's pool or the jacuzzi. But as the vacation progressed I had the impression their enthusiasm grew for the big pool and they enjoyed jumping into the deep with us more.

Since Kabouter is taking swimming lessons since September (just had a couple of them so far), we didn't give him his familiar life jacket that he refused to take off in the US. Instead he had to use the arm floaties that all the children wear in the first groups of his swimming school.   With them he swam like a pro, crossing the big pool on his own, jumping into the deep and even laughing out big time whenever Jan threw him up in the air and let him splash deeply into the water.  Quite a spectacular improvement to May where, as I already said, he refused to take off his life jacket even if we were holding him.   I hope he continues to advance so well so he can progress in the swim school groups quickly to learn to swim without aids in the future months.

And Beertje?  Despite the 2,5 years age difference, he does what his brother did. So after 1 day, he also switched from his life jacket to arm floaties...and he just peddled along his brother everywhere...he also jumped into the deep etc. Mind you: we did keep him within arms reach and didn't trust his confidence for a second ;). Nevertheless I was impressed by his confidence and his position in the water at his age.  The only thing that he refused to do was climbing on the top of the big trampoline bubble in the kid's splash pool.  His bigger brother could jump on top and invite him as much as he wanted, he stayed in the bottom. 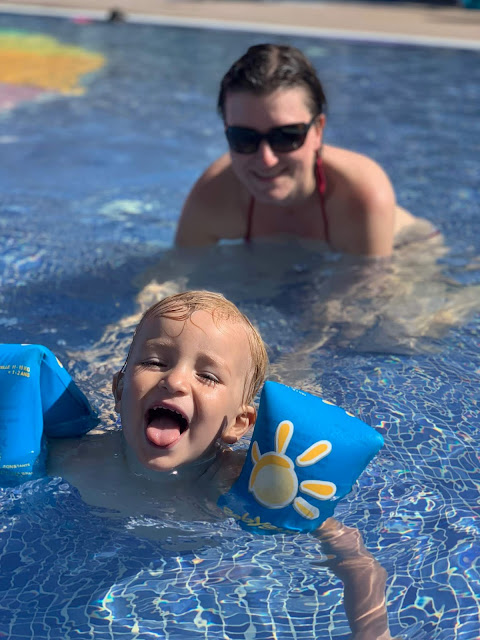 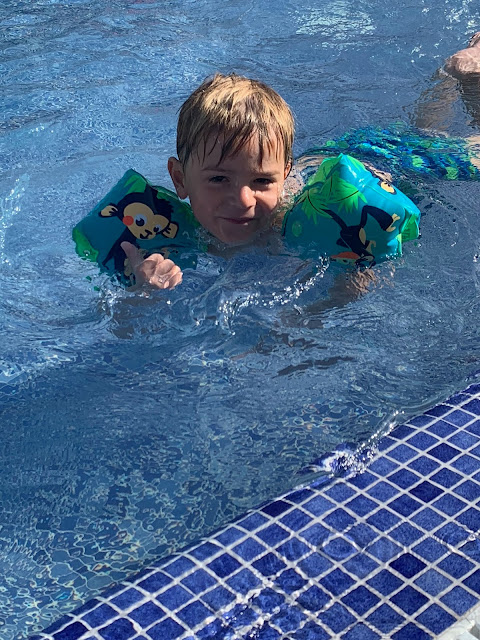 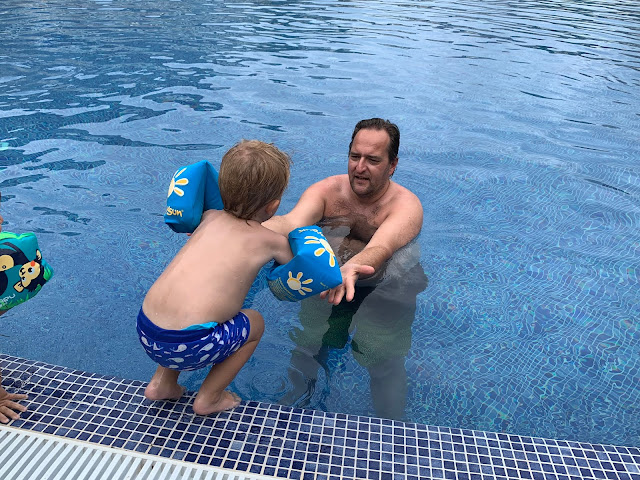 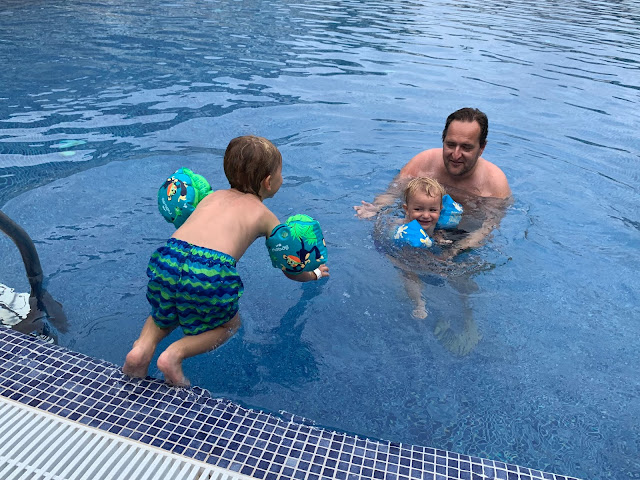 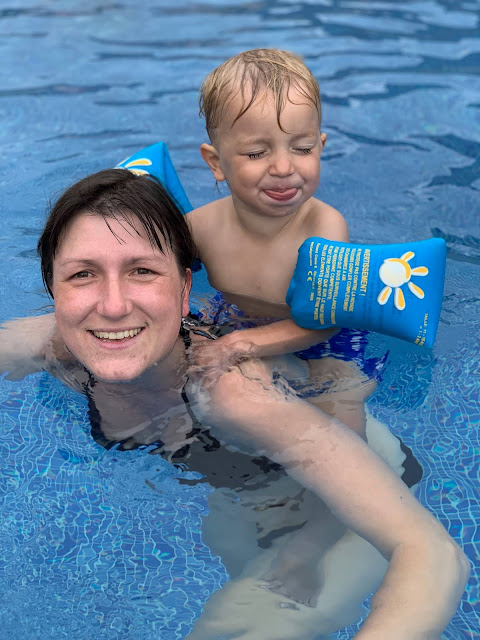 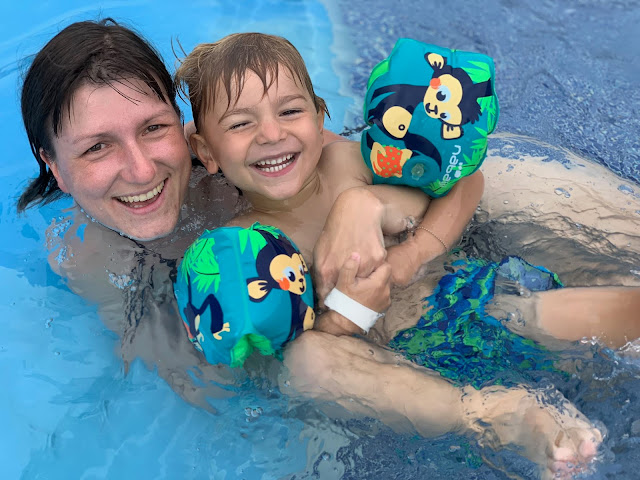 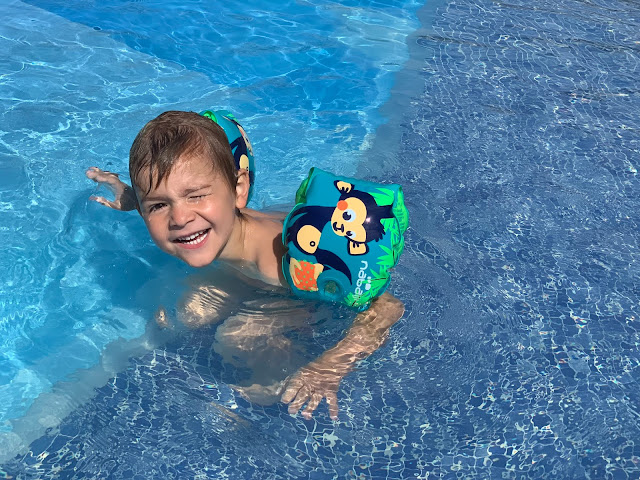 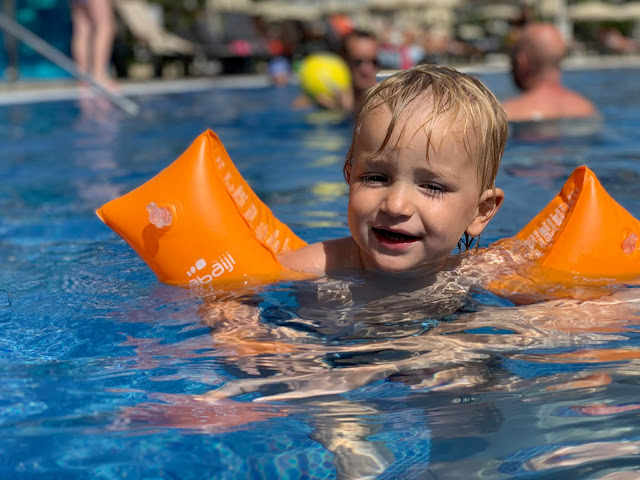 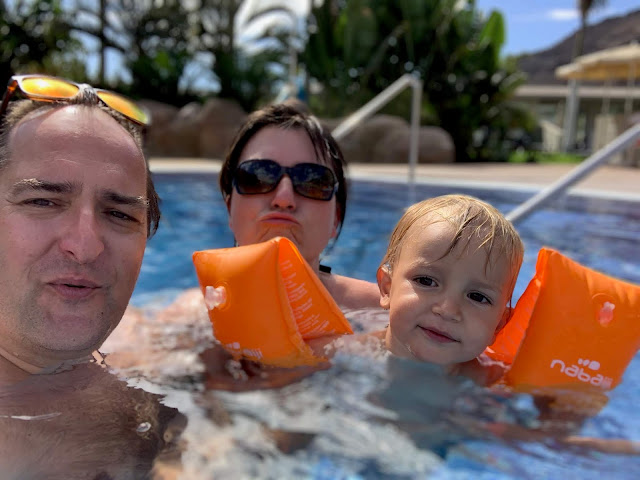 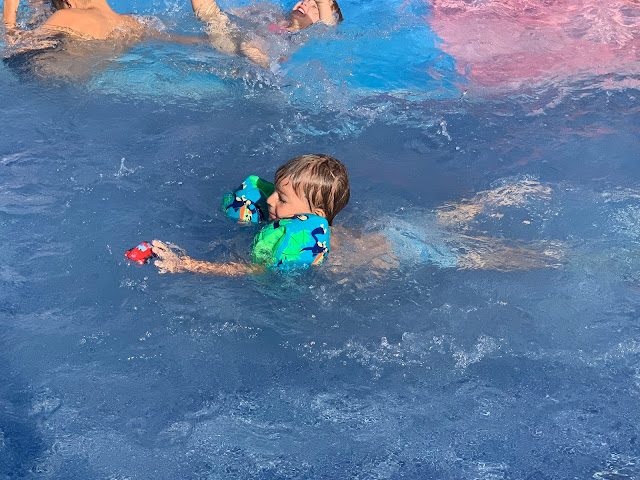 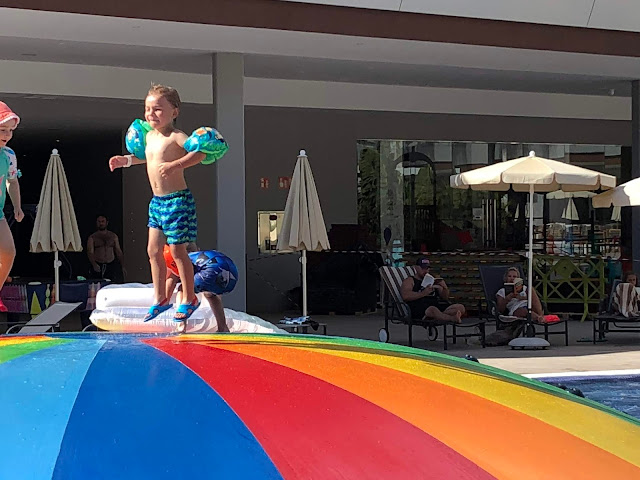 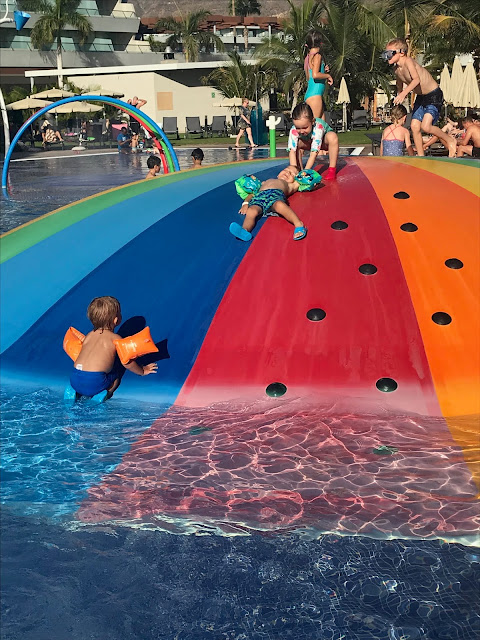