I have to admit that I don't have a top relationship with North-American cities.  I usually want to search the "city center"/ main square in vain...I keep looking for a city hall and church and a square with outdoor terrasses full of people.  The square geometric streets with high modern buildings don't give me that and I feel lost. Where is the heart of the city? What is the place to be?

Historic quarters as in Boston, Philadelphia or Gastown in Vancouver are fun to explore though and cities with a waterfront like San Francisco, Miami or Vancouver again also have a bonus. But Edmonton doesn't have a waterfront or a very historic center.

Until we arrived, I had no real clue what we'd do.  It's a metropole so there's no doubt always things to do.  I wanted to get to know this city as I had not been there yet - one night I had spend there 24 years ago on the road to a much more northern city where my sister had spent a year of her youth in the 80ies, not taken into account.

West Edmonton Mall
When you look up what to do in Edmonton, you'll always find the West Edmonton Mall as suggestion.  I am not a shopper and I don't understand people that spend their vacation time shopping.  Why would I spend my time on vacation to visit a Zara or HM or Body Shop or ... if I can find these same type of stores at home in Leuven? Let's discover in a country what makes that country unique. That's not global franchised stores.

Well...West Edmonton Mall makes Edmonton unique because it was the biggest mall in the world when it opened in '81 and kept that status until 2004.  It's still the largest mall of North-America and one of the biggest in the world and I wanted to get a feeling what that was like.

We arrived following our gps to a corner of a parking with lots of space right next to one of the many entries.  It's still the mall with 2nd most parking spaces in the world, so no worry to drive around searching for a  parking spot so it seems.

The first impression in the first hall we entered, is that it's just one of many boring malls. It's a long hallway with stores on either side, escalators and a boring little fountain in the middle to cheer you up.  But when we headed to the food court for some lunch, we already noticed Galaxyland next door.  It's an indoor amusement park in 2 halls with smaller and bigger roller coasters, trampoline lands, etc etc. Obviously the children couldn't finish their lunch fast enough to go and explore Galaxyland. We took a tiny toy train that rode through the halls. 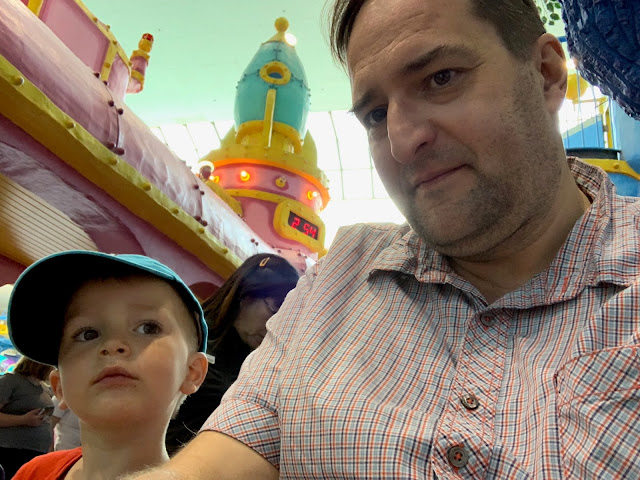 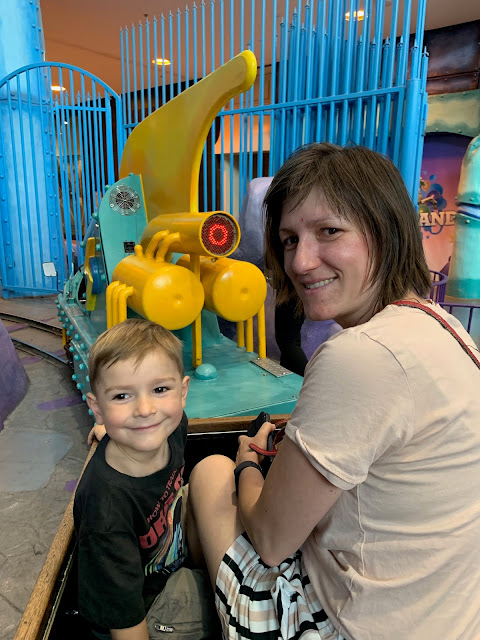 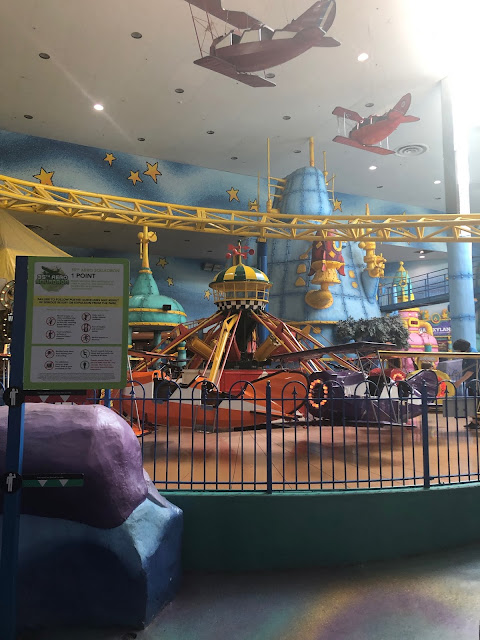 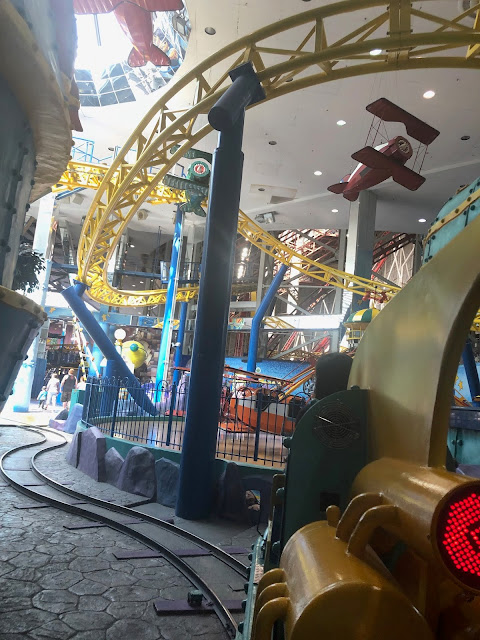 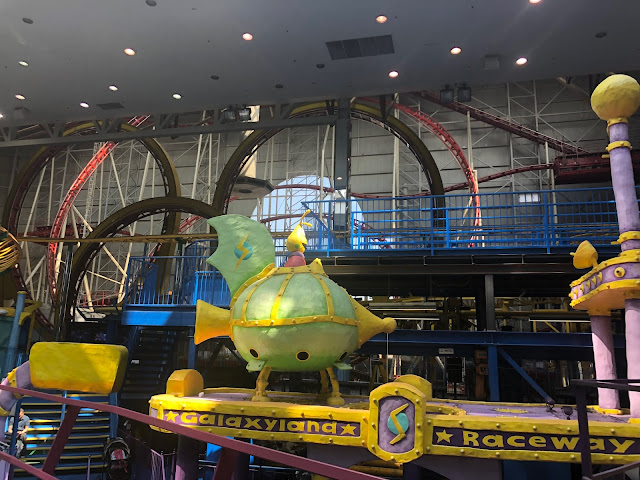 The rest of the mall resembles just like any normal mall but where crosspoints are...is an icerink...or in one isle in the middle is a pirate ship. Next to another isle through a window you can see a hotel and a big water paradise next door connected to the mall.  So not just tiny boring fountains...but some XL alternatives that you do not expect all combined within a 100m of each other.  All of that does make West Edmonton Mall more special and worthwile a visit.  There's definitely enough options to spend time there without shopping (eg bring your bathing suit...or buy one in one of the stores). 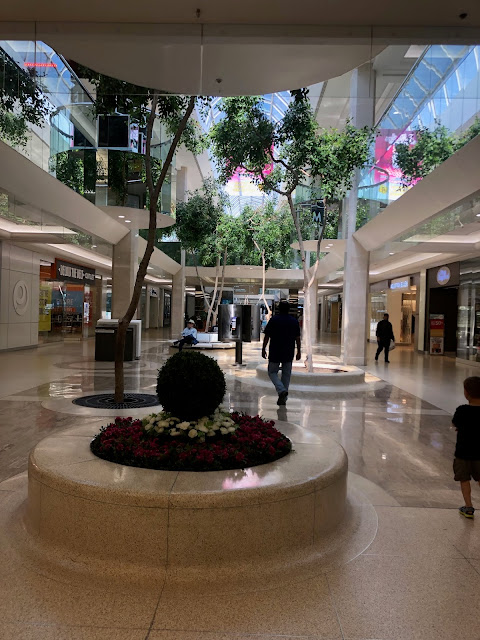 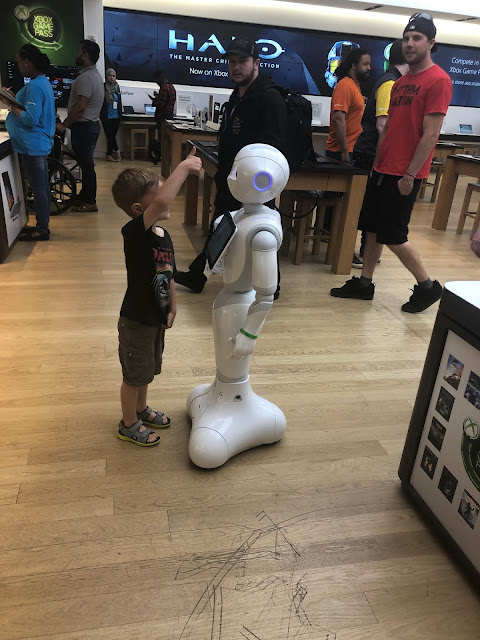 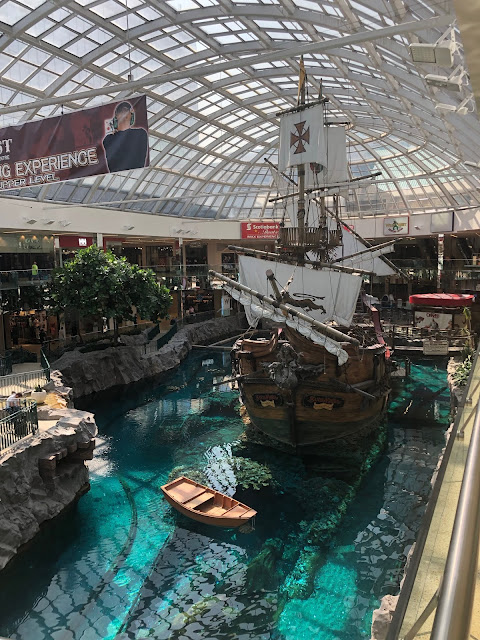 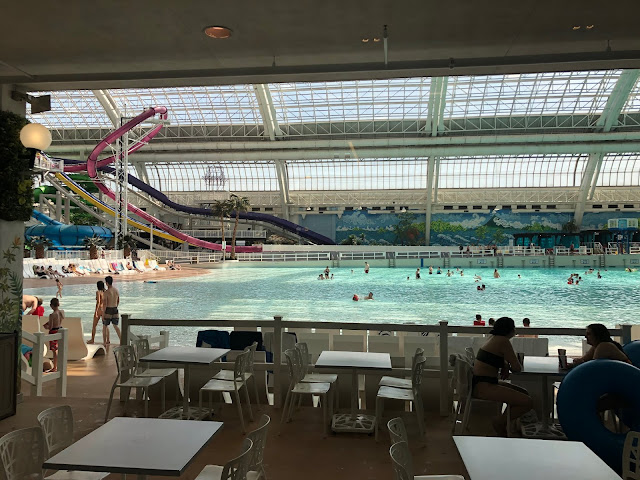 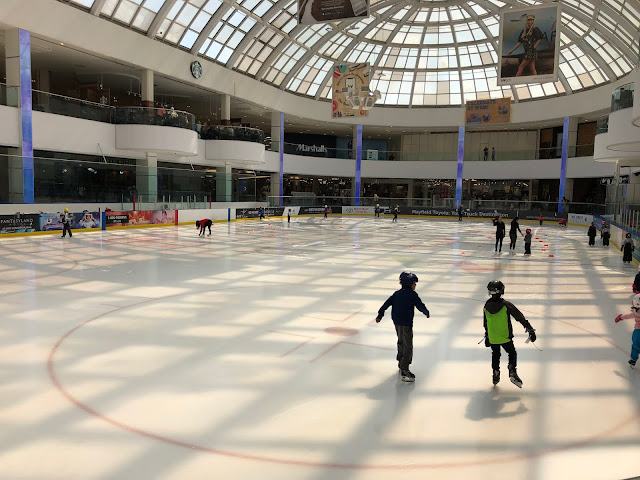 We had hoped to visit Fort Edmonton park but unfortunately that park is closed for the summer 2019 for refurbishment.   I belief we made it up later on by visiting probably something similar in Calgary when we were at the Heritage park and Historic Village, but the children were pretty bumped in Edmonton as we could not fulfill our promise to go ride the steam train.

Our local friends advised us to go and visit the Royal Alberta Museum downton which has recently moved to a new bigger location (carefull: the GPS still knows both locations so pick the right one!).

The museum has a pretty cool child science section where they can experiment and test a lot of nature forces and physics etc or just build and color and feel things.

The bugs room was also interesting...so interesting that after 10 days of travelling through national parks and seeing bears and elk and moose etc Kabouter phones to a friend in Belgium and proudly tells them "we've seen cockroaches!!".  Yeah of course, that beats seeing a grizzly and a moose in the wild ;).

In the museum we also could refresh our recent knowledge on geology and paleontology and Alberta's dinosaurs.

On the ground floor it was all about human's history and the races and an exposition of the Vikings but by then our attention span started to fade away. 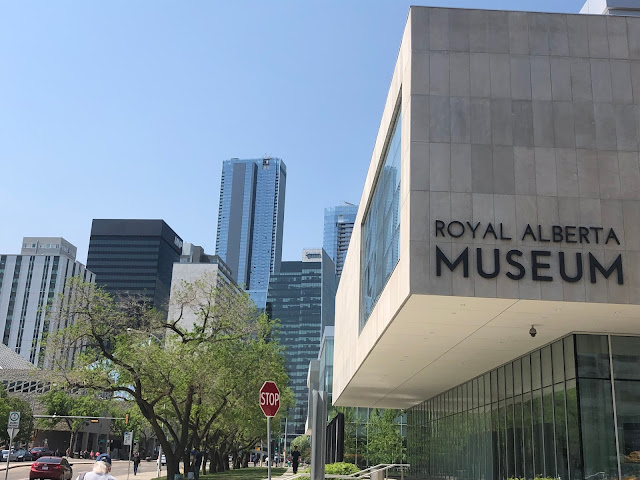 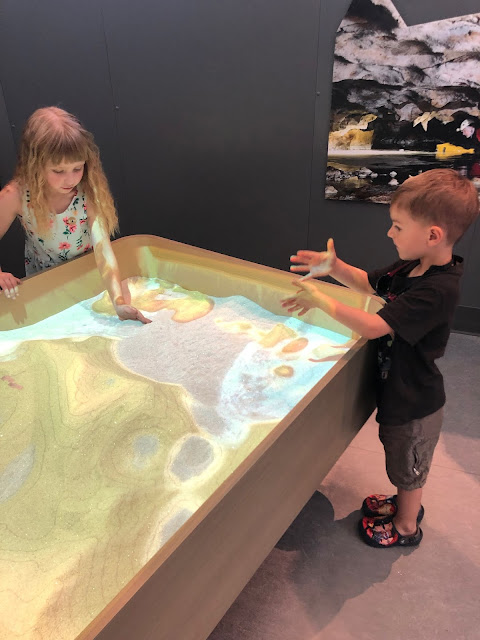 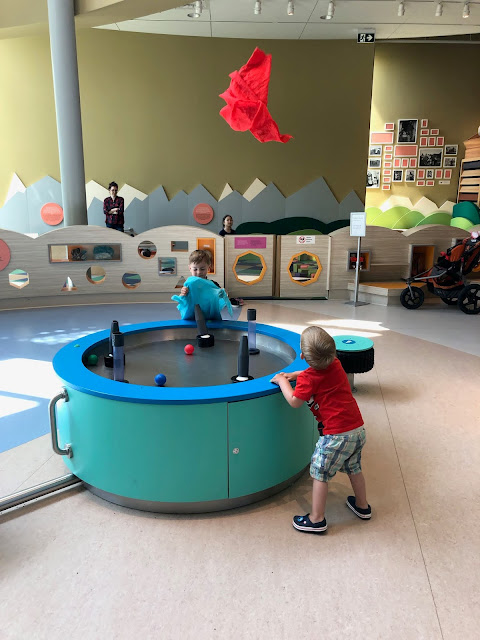 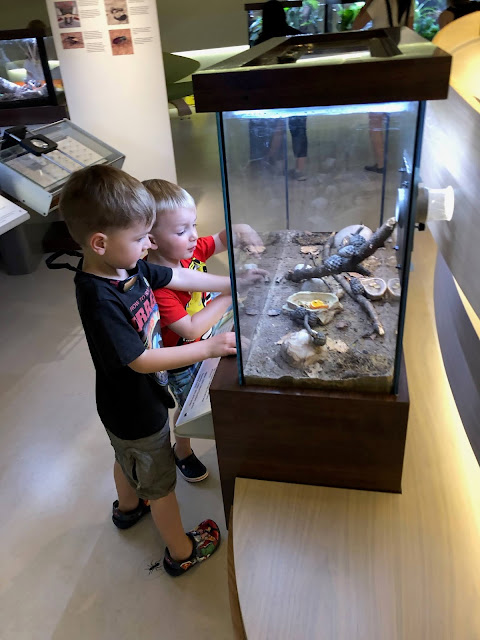 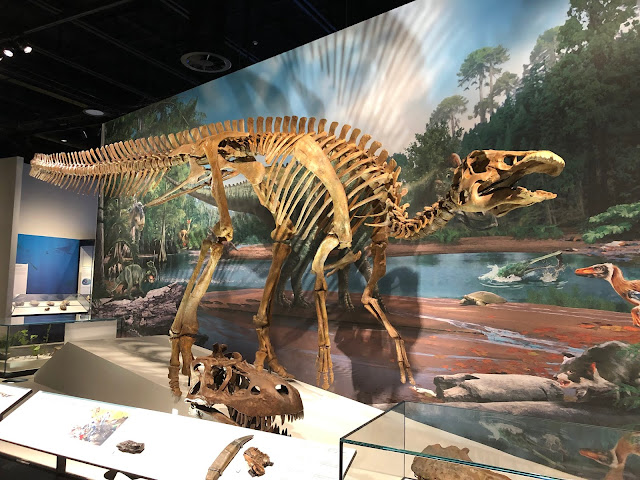 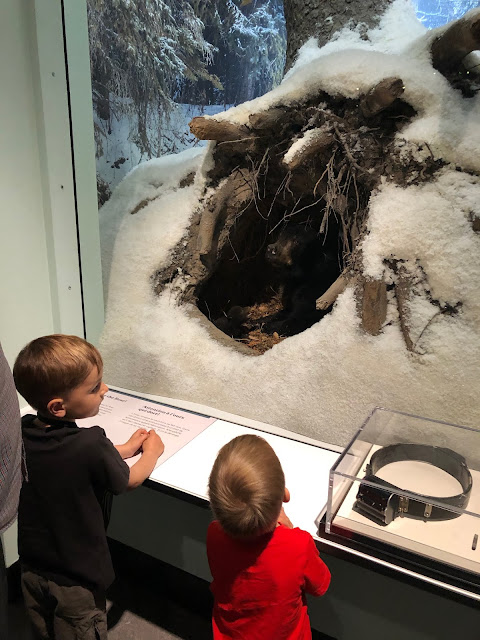 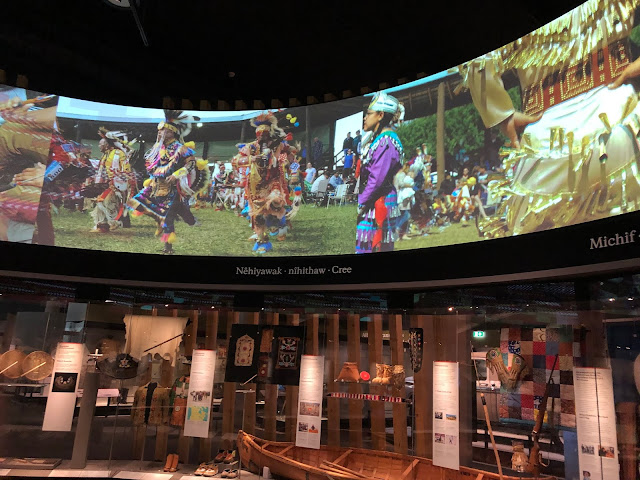 We had another walk downtown where the high buildings didn't impress me much with cool architecture or so...except of course the art gallery of Alberta that needed to show off.
We walked up to the Fairmont Hotel Mac Donald where we went to have a drink in the garden with view on the river valleys down below (I had wrongly assumed that Edmonton is a flat level city where you can easily walk in green parks along the river to downtown and back...but that's not the case as the river valley is cut out deep down below).   From the terrace we noticed some smoke rising up further in the valley and some twitter searches learned me indeed that there we 2 small creek fires going on.  A bit later we did see huge water jets tackling those.   Wow...free unexpected attraction while being in downtown Edmonton to witness some forest fire fighting live. 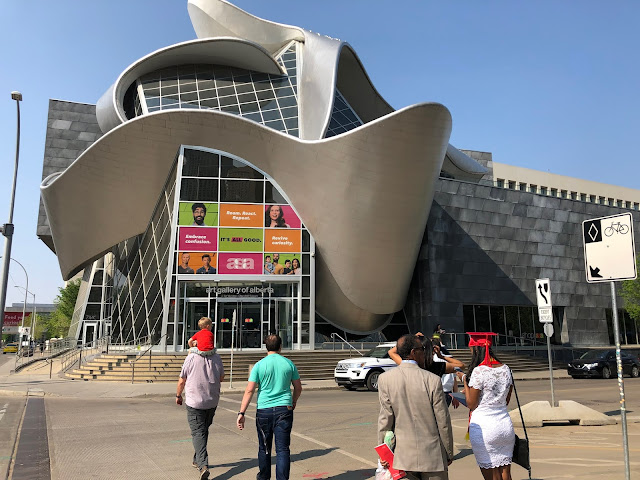 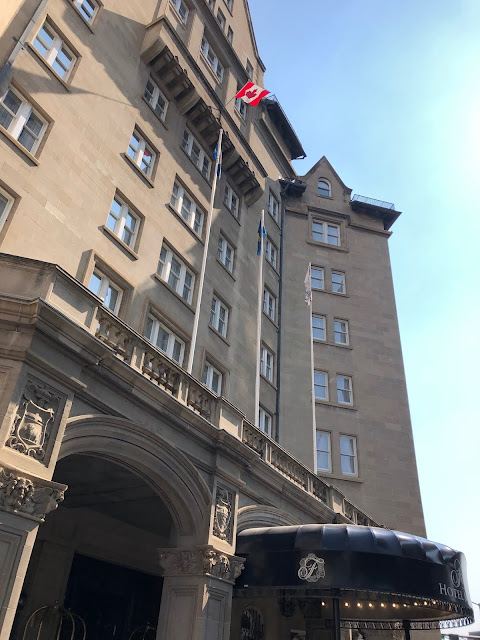 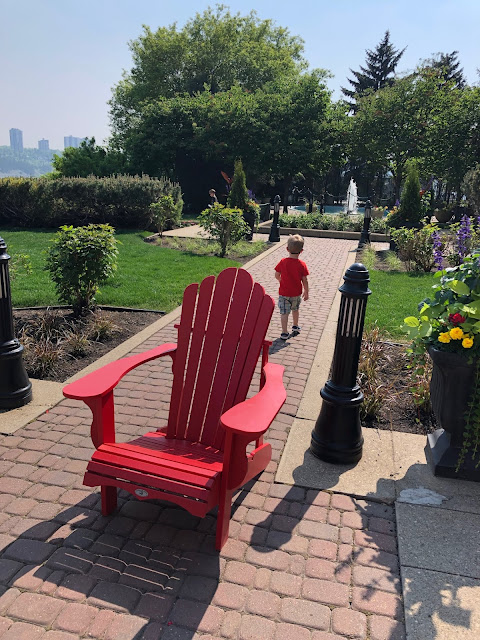 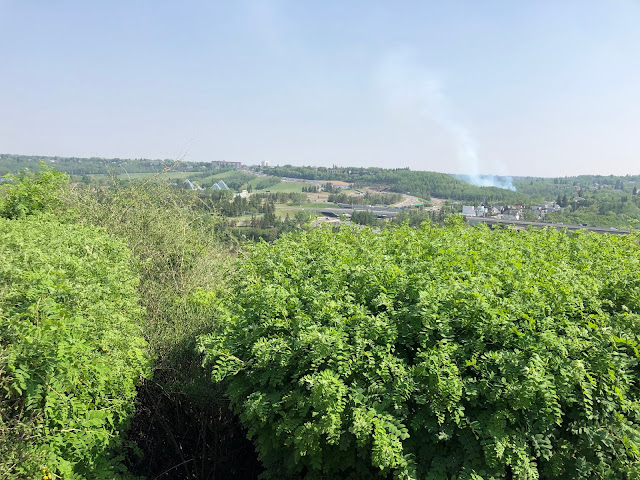