Kabouter's first stay-over with his grand-mother

It sort of passed without attention, without stories to share. Events took over. We were about to pick-up Kabouter when just minutes before our arrival we learned that my father had unexpectedly passed away. I guess we've not asked anymore how it had been.

Nevertheless it was for both my mother and Kabouter a big moment. Due to the ongoing care for my father, my mother had never had the opportunity to organize sleepovers for her youngest grandchildren and invite them over. During her visit in July we realized that now we had to possibility to do so and therefore we quickly planned this in in a week that Kabouter was not tied in summer camps and before he'd start in Grade 1 and have school duty.

Beertje was a bit upset when his older brother left without him but we gave him the promise that he'd be able to go and stay later in the school year when his brother had to be in class and he could still skip them. 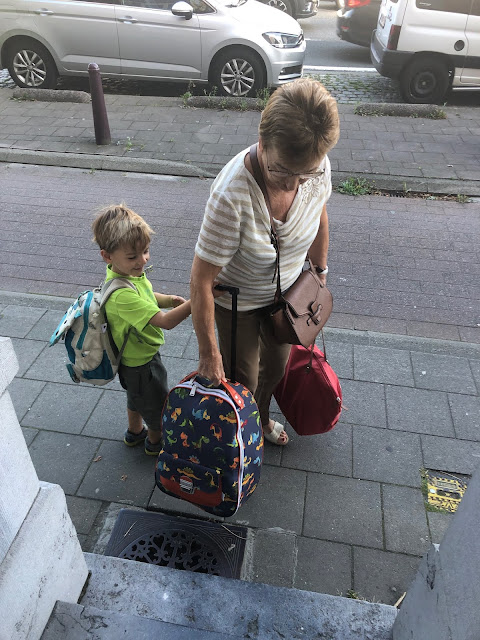 Apparently just after departure there were some tears as "he missed his mom and dad". I remember how emotional I always felt when I left on a youth camp the first hours.  It's a big adventure leaving home on a trip alone which he has not done like this before. But as soon as they got to the train station the adventure mood started and all got exciting.


I copied the pictures from  my mother's iPad and can see that they had some fun quality time together.   In between visits to my father each day, they went bike riding, spent time in the park and its playground, played at home, etc.  On Friday Kabouter even got treated to a quick trip to the beach at the Belgian coast where in all honesty he has almost never been. I can't stand the thought of being in the coastal traffic jams and the crowds that flock to our little coast on each sunny summer day.  Kabouter has already been in the past to the Belgian coast but it's been years and I somehow doubt that Beertje has been there already. So it's really nice that my mother could introduce this to him. 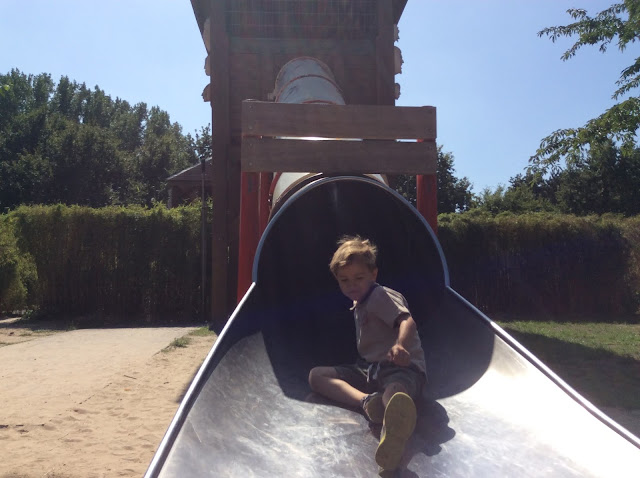 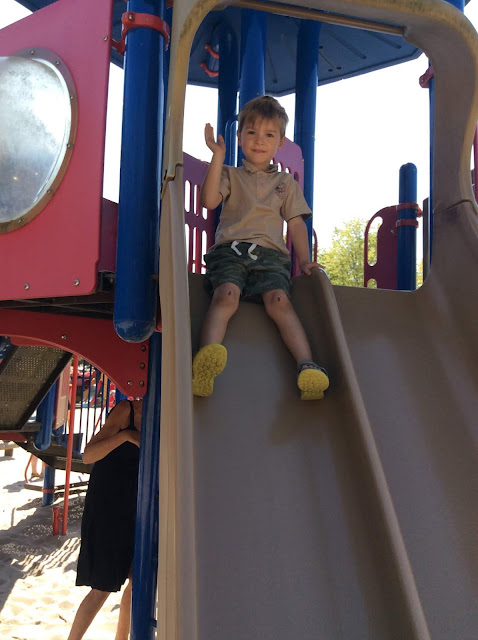 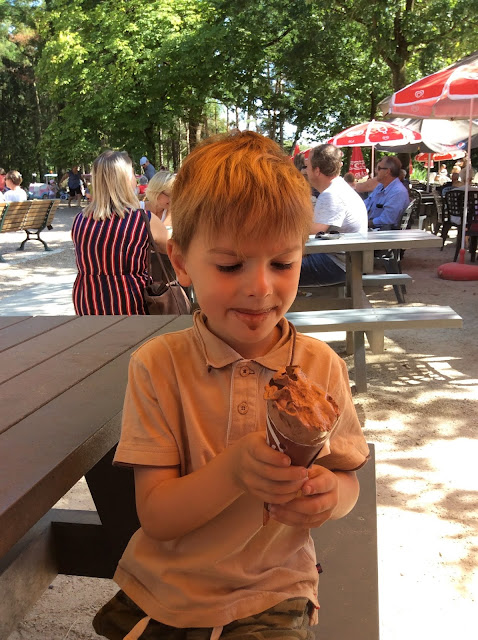 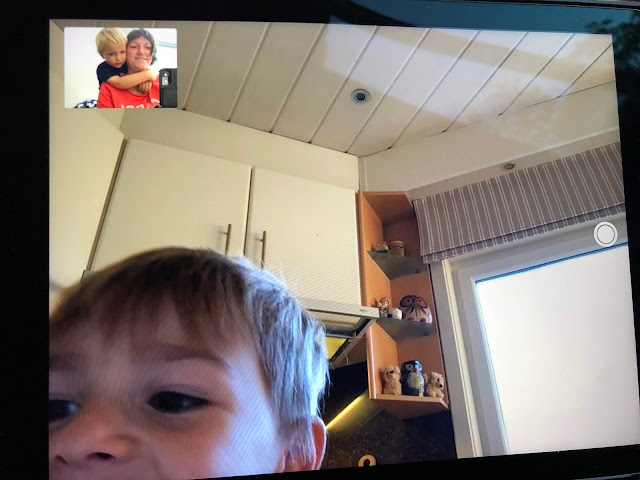 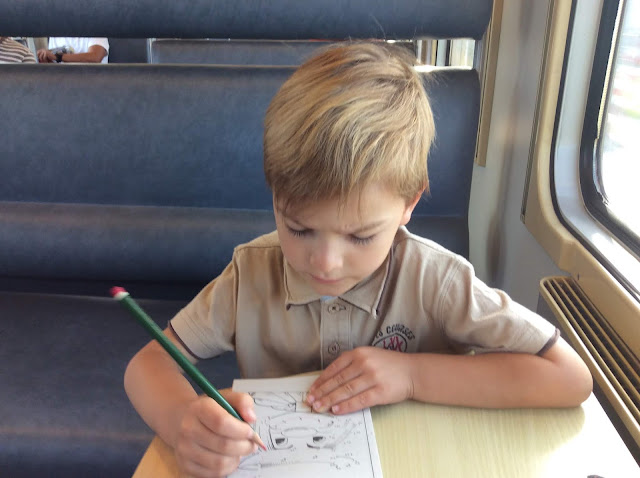 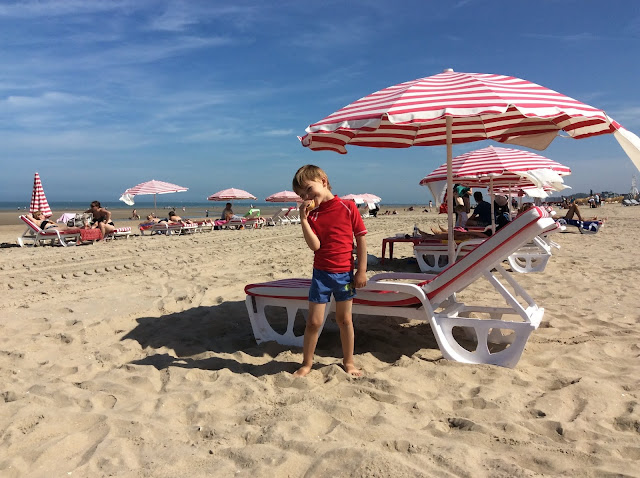 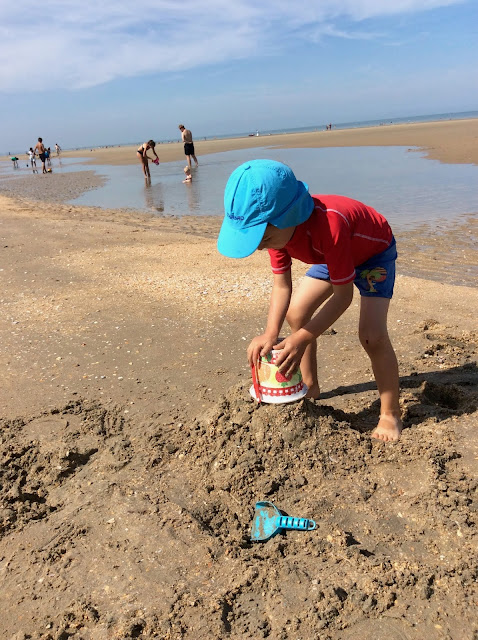 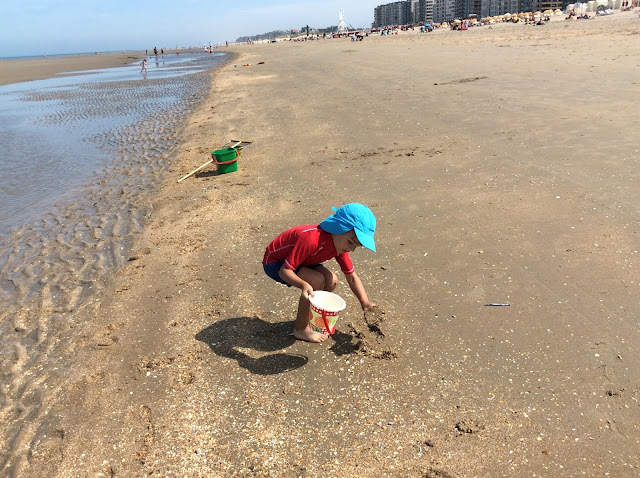 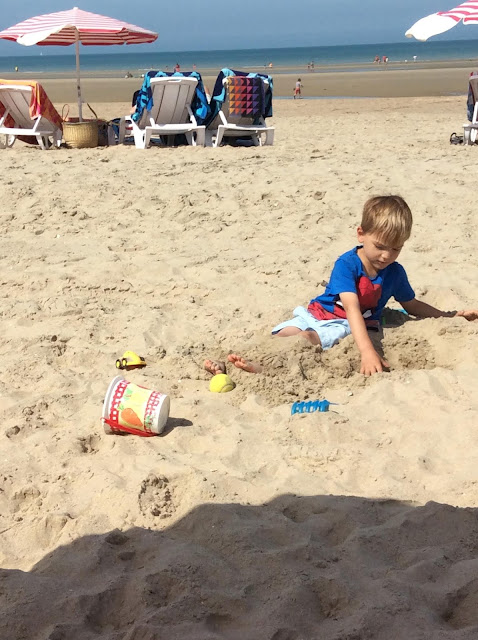 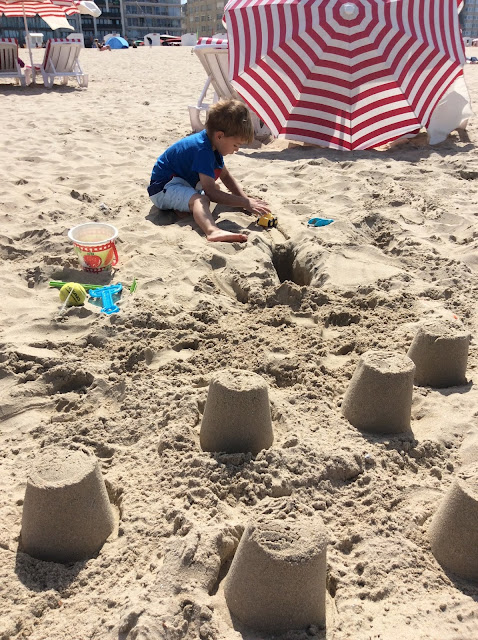 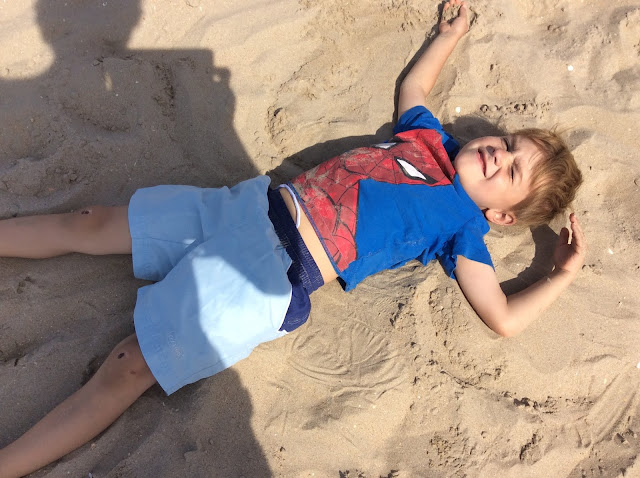 I hope this can be repeated in the future when we have all settled down a bit from emotions in the previous weeks.
Email Post
Labels: Family Kabouter