After only 3 sessions in his the boy scouts he just joined (due to our vacation we missed a couple), Kabouter was enrolled to his first nightly stay-over.

Previous week he came back very negatively from his scouting afternoon. Everything was bad and boring and he didn't want to go anymore. When I didn't respond immediately to his rant, he asked with slight panic if he still had to return to the scouts again and join the weekend.

My mom's heart shrunk. I didn't want to be the curling mom responding immediately by cancelling his weekend. I am really convinced that he'd start to love scouting if he gave it a chance and that it'd teach him good skills.  But I was also surprised that this very social boy who goes on (daytime) camps without knowing anyone without too much issue didn't fall in love with scouting right away. And yet it couldn't be all so negative since he was joyfully playing around when we had just come to pick him up. What was going on?

I asked a few more questions and finally he said "Ok...I'll tell you the truth. I'm afraid to sleep in the field."  All of a sudden it hit me...this boy had made a connection to the scouting camps we saw each summer in the fields of the Ardennes, fields filled with tents and our conversation that he'd join his first weekend. Poor boy, I wasn't going to send him off on a winternight in a tent in the field.

So we spent talking about going for a sleepover in a building with his friends.   He was hesitantly more open to the idea.  The turning point was mid-week when we started to search a sleeping bag to take along. A sleeping bag! For a sleep party! HURRAAYYY, cooohoool.  All of a sudden he was jumping around with enthousiasm.


And so I drove off a happy boy to his first weekend with the scouts.  I was nervous for him. I don't have scouting roots and was a bit overwhelmed to find a room full of chaos where everyone tried to find a spot on the floor to dump a sleeping bag for a small sleeping spot.  My first camps when I was in elementary school were always in real beds. I've never been very adventurous. 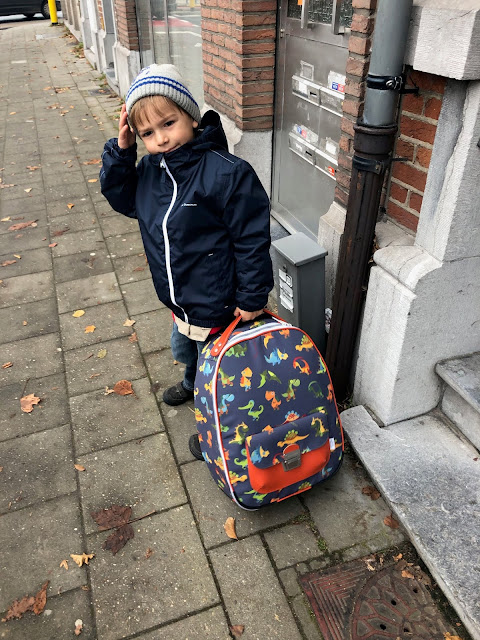 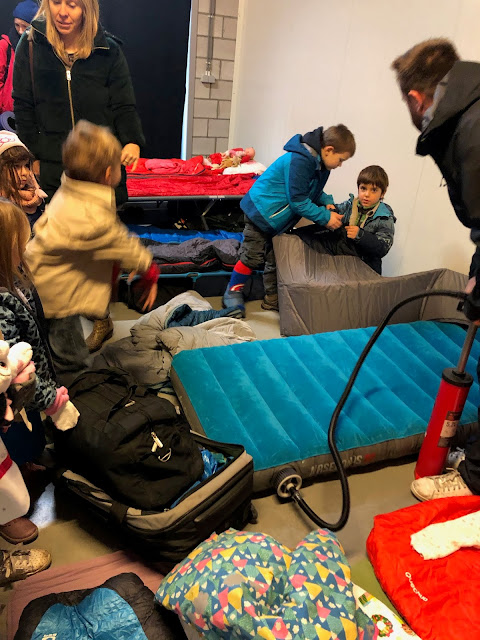 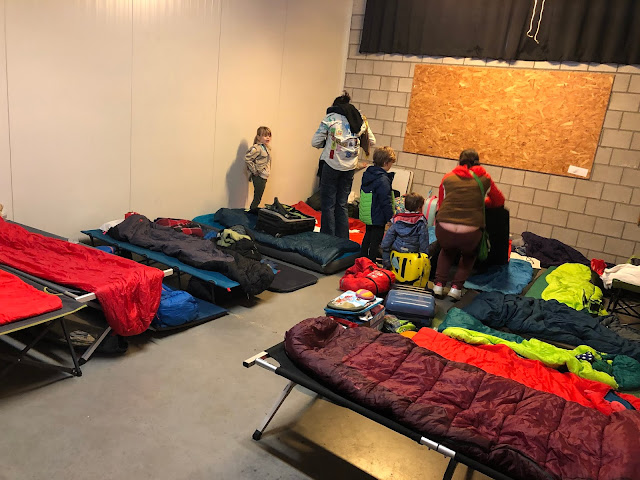 As soon as we left the sleeping bag, mat and suitcase , the children ran outside and I already had to search them near the woods to say goodbye. They sure were in the mood for the weekend. 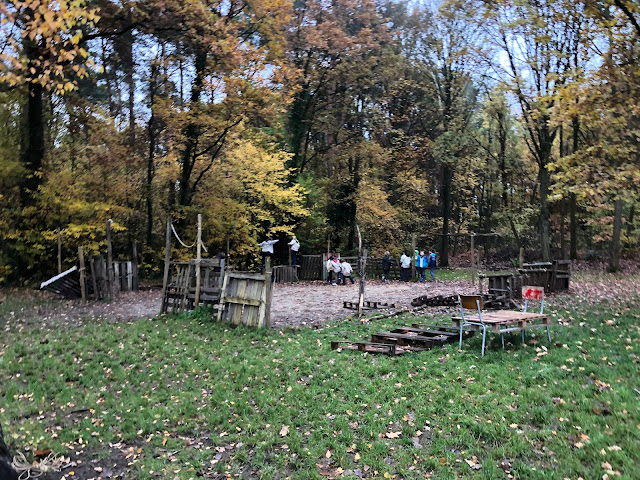 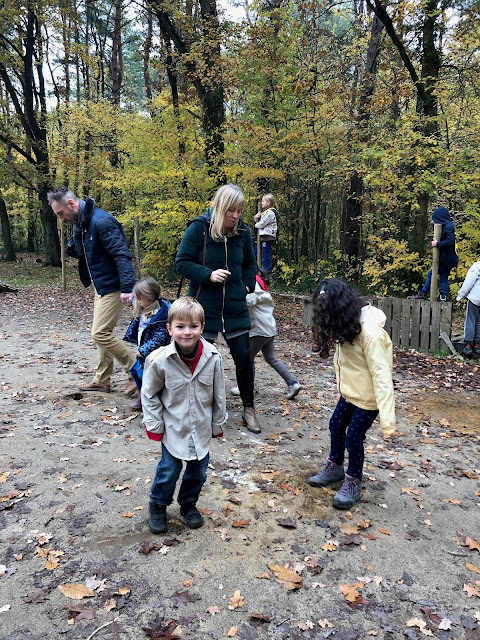 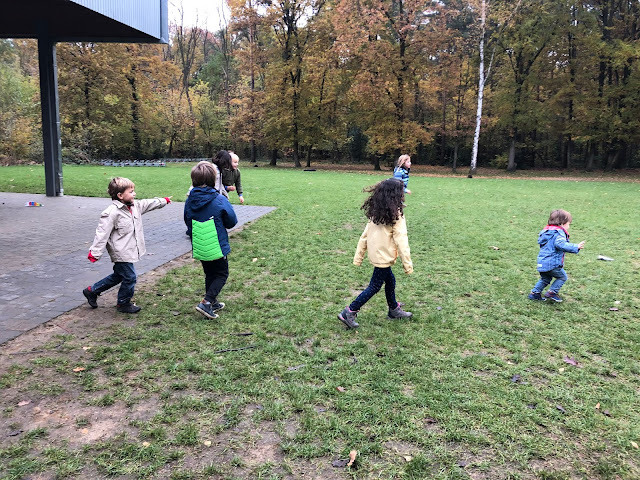 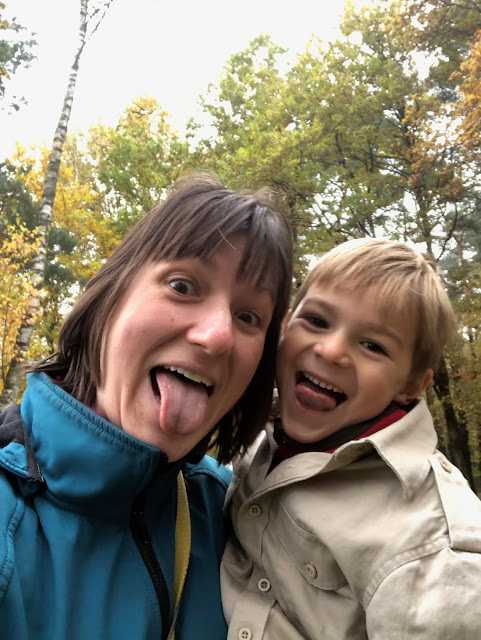 I'll be honest...I was pretty excited to go and search my boy the next day since I really had missed him and I had been thinking of him during the night, hoping he was sleeping well.

They slept but had all had clear signs of fatigue. As a result I didn't get too many stories out of him but he assured me it was fun and wanted to go again the next time there was a weekend.  But I doubt he enjoyed the food since he attacked a donut as soon as he came inside :). 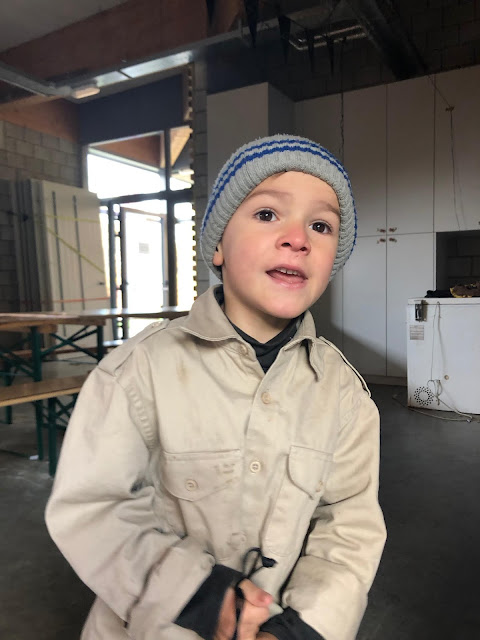 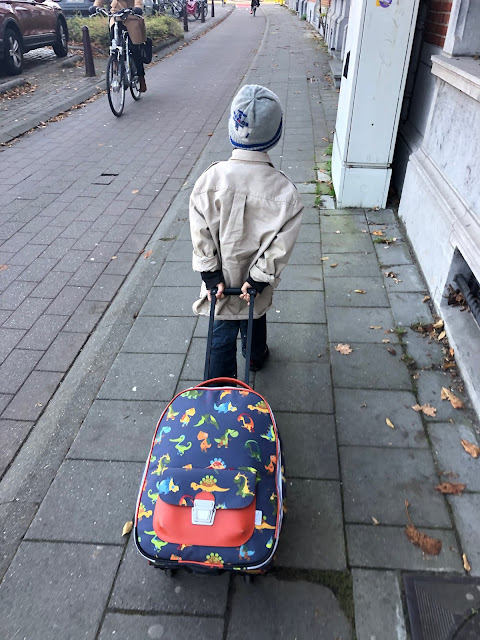 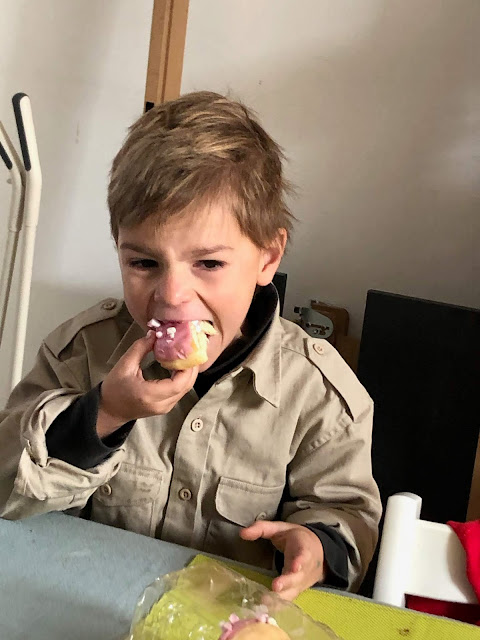