Searching a bit of winter at Belgium's heights

This winter is unusually mild.  On my FB memories I see snow pictures from the Ardennes coming by from previous years but until now we've not seen any snow.  Well last winter was similar with just one tiny bit of snow on a weekend we couldn't go.

Anyway, I took 3 little boys with me this weekend: Kabouter had his best friend staying over.  The temperatures dropped at night below zero..it's a starting point.
We arrived with an impressive sky full of stars. 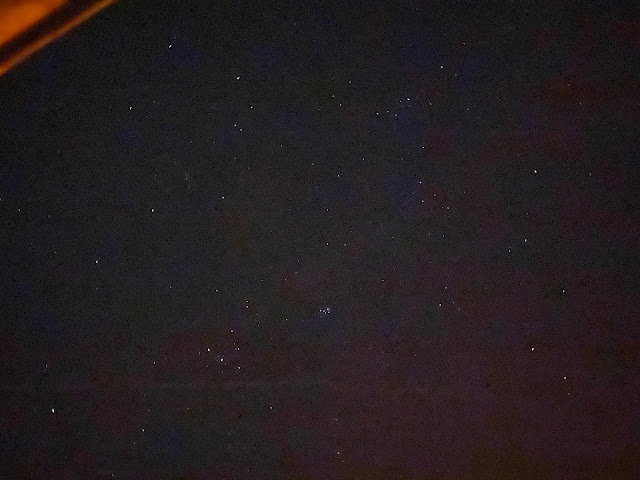 The next morning there were some snowy showers. The children were too busy playing however to pay much attention :p . 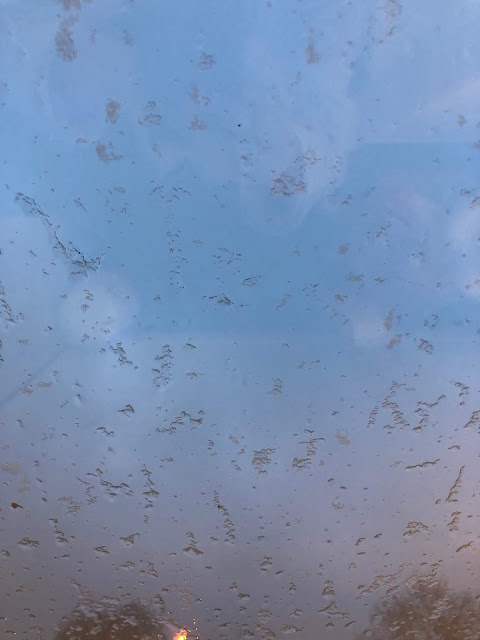 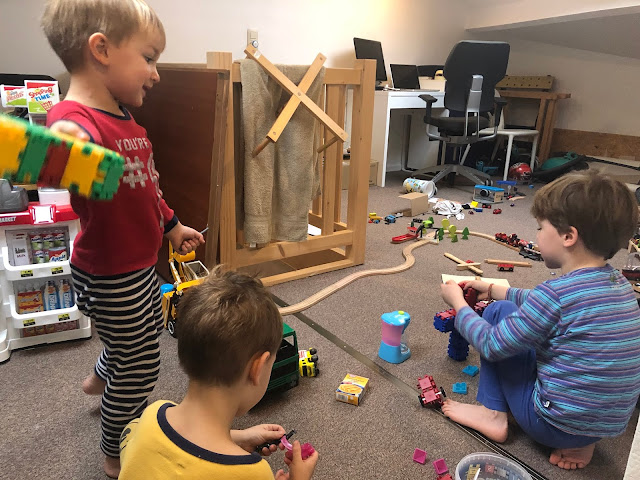 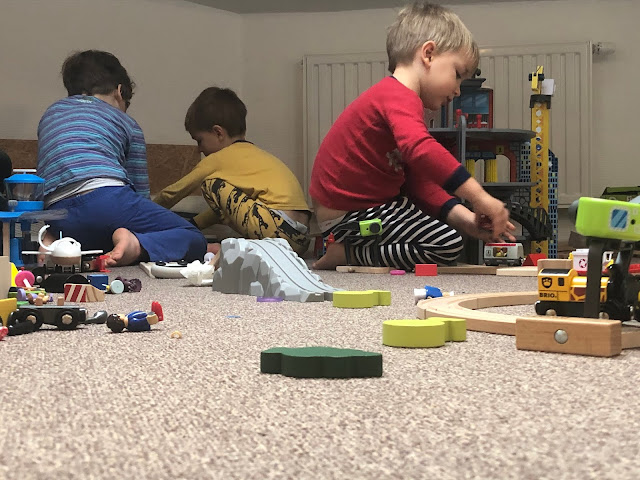 When we drove to pick up Jan from the train station we saw a bit of snow at the heighest point in Belgium, signal de Botrange.  But once "down" at the lower city of Eupen everything was sunny and green again. 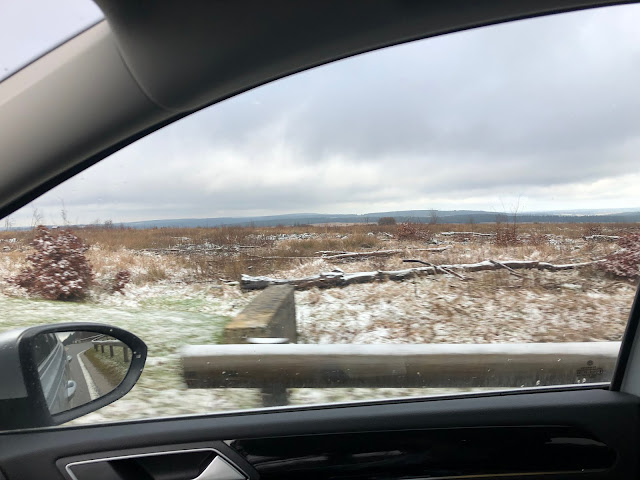 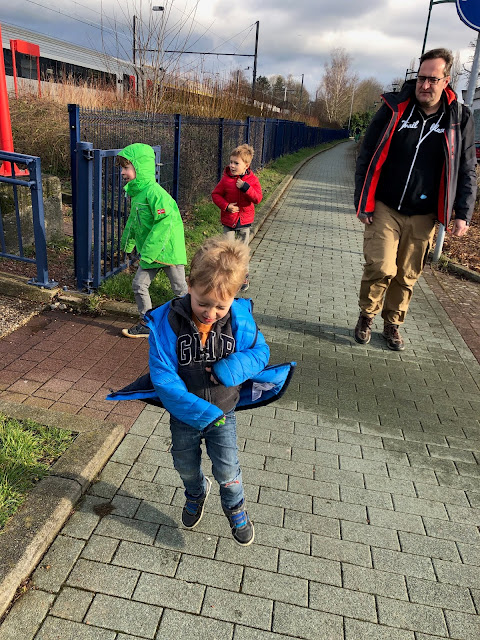 We profited for some walking in the woods 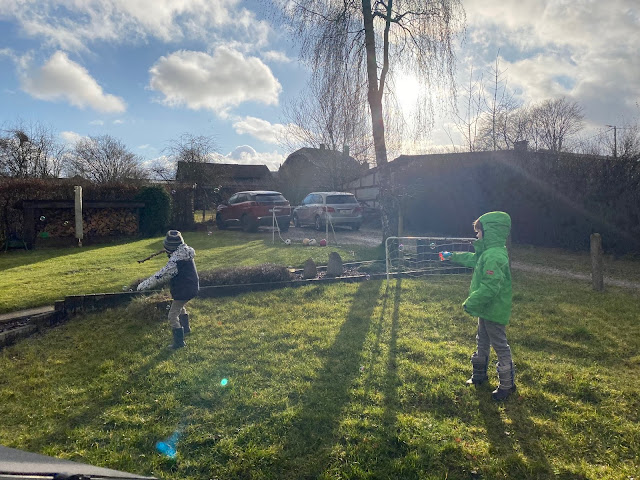 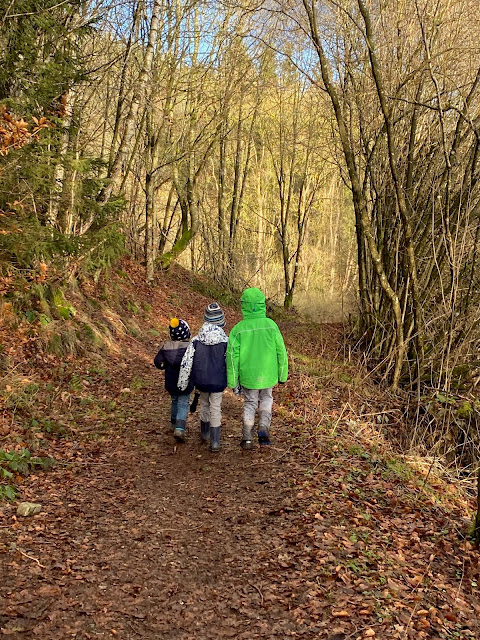 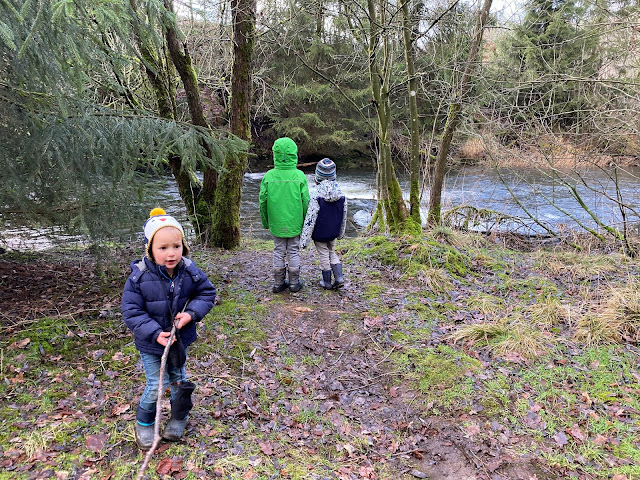 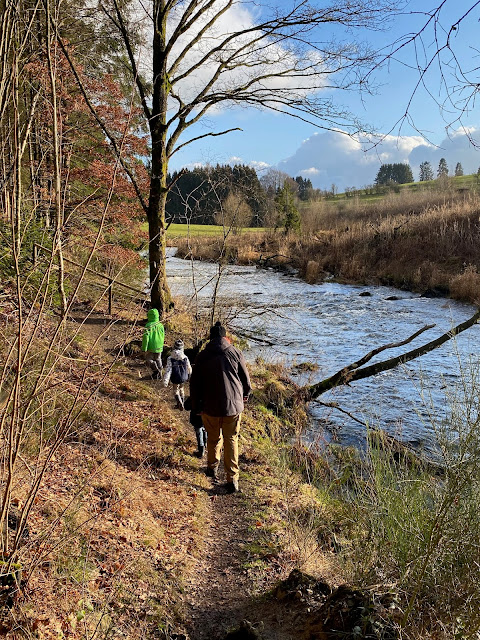 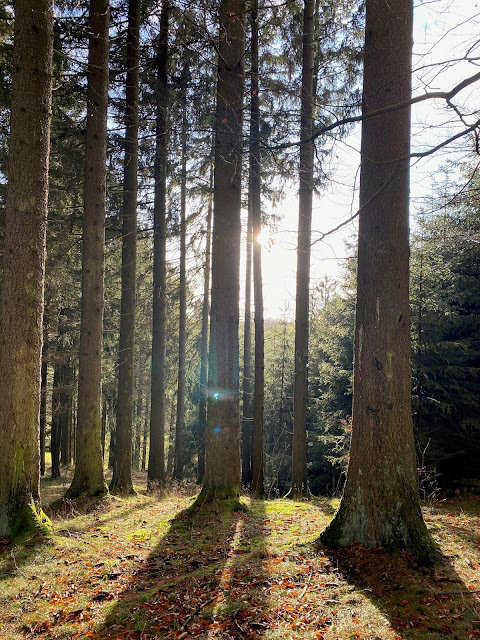 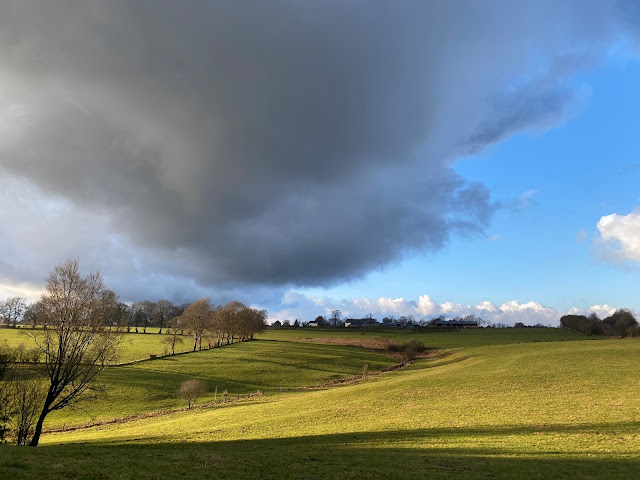 On Sunday morning we also had a tiny white layer to wake up with but not much.  Let's hope we get some more in some of the next weekends (that we can go ;) ). 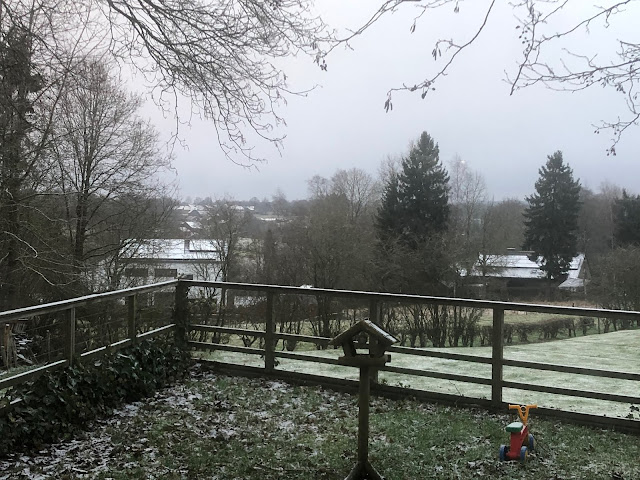