Since a few years we have a Netflix subscription.  Since I still regularly watch cable tv and enjoy many tv programs, I don't watch too much Netflix compared to many other people (at least that's what I think but everything is relative of course).

My Netflix usage is quite seasonal and depends on how much I travel and what the ongoing tv programming is.  In Winter time there tends to be good fiction on tv and then I am more busy watching live tv (or the recorded programs). In 2018 and 2019 I saw most of the series in the fall when I seemed to travel a lot.  When at business travel I download and watch 1-2 episodes on the flight and also 1 in the hotel room at night and by just one business trip I've often seen half a season of a series.  Usually then I'm hooked and continue watching further at home in the weeks that follow: while folding laundry,  during lunch if I work at home etc...  Combined with our fall vacation that isn't a roadtrip, I have consumed a few series in the previous falls.

For the rest of the year I continue to watch but at lower pace usually...once again it depends on tv programs and if I discovered something that catches me.

House of cards was the first series and only series I watched on Netflix the first years . I thought it was brilliant and worthwhile the subscription. The wickedness and evilness of the Underwoods that do not scare away of anything to capture power and maintain power is bluntly shocking. (although in current global politics, reality is often as shocking). The intrigues wrap up etc.  While I hate the main characters (they are evil as I said), I loved the acting and the storyline.

Up to the last season.  Kevin Spacey got caught in the #metoo scandals, got fired and season 6 had to be rewritten and it was simply odd. That's a pity since I would have wished it was as good as previous years as it was cool to have Robin Wright as the solo leading lady. 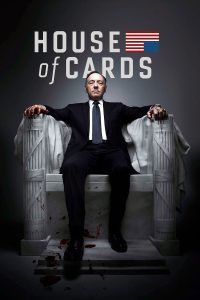 I often consider Designated Survivor as the antidote for House of Cards.  This is also a show with the White House and American politics as topic.  But here Tom Kirkman (Keifer Sutherland) ends up president of the USA against all odds in a world of chaos and he seems to be the only authentic genuine nice person around to be trusted. With all his good intentions he needs to find his way in the political spiderweb with global conflicts, terrorism, ...

Especially the first year the tension is very high with a race against terrorists and no certainty who can be trusted...the next seasons are a bit more into the day to day regular politics including presidential elections etc. Nevertheless this show is less heavy on my mood than House of Cards and yet very entertaining. 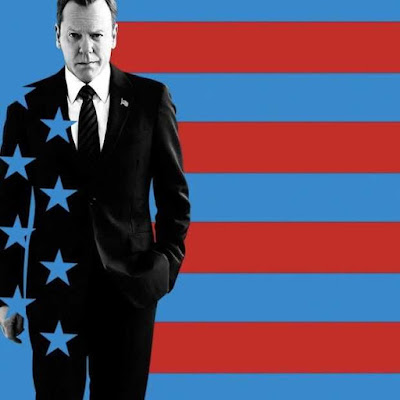 Atypical stole my heart.  I want to step into the show and give all the characters a big long hug.
It's the story of Sam Gardner who portrays a adolescent on the autism spectrum, searching his way to adulthood while his overprotecting but loving mom and rest of family also try to find their spot.  All the characters are imperfect and make painful mistakes ...and yet you understand them, and root for them and you are moved by their successes etc.  The show might have some stereotypes that pull it into the "highschool drama's" or "happy imperfect family" shows or ...  But...hearts for Atypical. 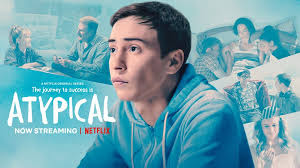 I believe my colleague recommended it to me last Spring when I was in a "I don't know what to watch on Netflix right now" dip and I'm afraid that I was quite quickly hooked and have watched the first 2 seasons quite quickly.

The hyped series about the Spanish "robin hood" bank robbers was quite original and entertaining and once again you get sympathy for these bad guys and root for them to win.

Previous summer , season 3 was released including a lot of press reviews.  My colleague didn't want to watch anymore because season 1 and 2 was quite complete and was written to finish. The risk was that an extra season simply wouldn't fit and was just registered for commercial reasons.  I watched and I agree that the reason for another season felt a bit far fetched and not authentic.   It wasn't the same and as good anymore as the first 2 seasons (or a bit on repeat)....and this time there was a clear open end to clearly continue for more seasons.  I do fear it will start going downhill despite the fun actors and that I was still rooting for them. I might not watch season 4 (right away) 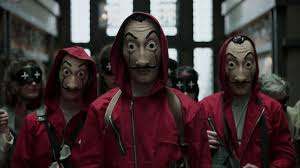 The Crown is very different from the other actions series...It's not thrilling, it is solemn, serious and slow.  (and expensive).  I took a long time to watch season one as it didn't captivate me as much but my voyeurism took over since I am after all a bit curious how life at the Windors could (potentially) have been.

Season 2 was better and I got more and more in the story lines and I discover I watch often with open wikipedia pages next to me to look up British history and big events that are depicted and it's quite fun to discover new historic events that I had no clue about.    In Season 3 the actors change since Queen Elisabeth ages and I must say that they are all top actors.  On googled historic pictures it's also shocking to see the clothing of the queen on public events has been carefully matched to make the show as historic accurate possible (although we'll never know what conversations are held privately in the palace of course).

With the entire Megxit drama ongoing, I notice that I wonder how the scenarists will cover this in season x?? I'm looking forward to more, also because in the next seasons I will start remembering from my own memories some public events. 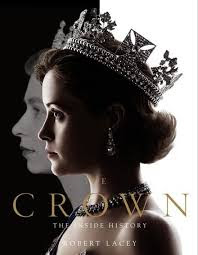 In fall 2018 we were travelling a few times for work to Denmark and my manager recommended me to watch The Bridge...the bridge connecting Kopenhagen with Malmo in Sweden.

The series deals with 2 police officers, one Danish, one Swedish trying to unravel a murder taken place on the international bridge and ending up chasing an evil serial killer.   The Scandinavic film /story line is quite dark and I had to get used to it. I do not like to watch The Bridge before bedtime.  But it's quite a thriller so I did finish season 1 and have also started season 2.  But then I took this on hold a bit to watch some more upbeat shows first. ...but I'll return again to The Bridge later on. 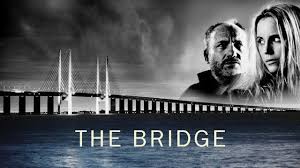 More upbeat that was among other Cable Girls... The saga of some friends colleagues/ feminists in Madrid in the women unfriendly 20ies. Only for the clothes, it's fun to watch.  You get dragged into love stories, friendships, murder and intrigues and found it very entertaining.    I'll return later again probably for some more seasons. 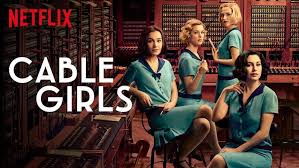 
Based on Casa Del Papel, Netflix proposed me the other "Spanish" popular show Elite.

It's about some students arriving on a rich elite private school and struggling to fit in.  I disliked most of the characters despite one and in the end I was quite intrigued because the show unravels her murder and I wanted to know what happened.

Season 2 is out since November but not sure if I'll watch it. It was ok, but not my top choice. My favourite girl got killed in season 1 so ... 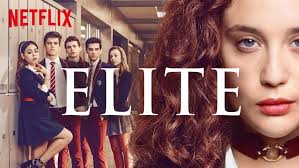 I missed watching Tabula Rasa on tv...it was scheduled on Sunday night late when Beertje was still little and I needed to go to bed early and watch my sleep and the story needs too much attention to watch it half asleep.

But it's a great Belgian production and a great show, so I made it up by watching it a few years later on Netflix.  I do recommend it! It's a weird story about a women with memory loss as a crucial witness in a missing case.