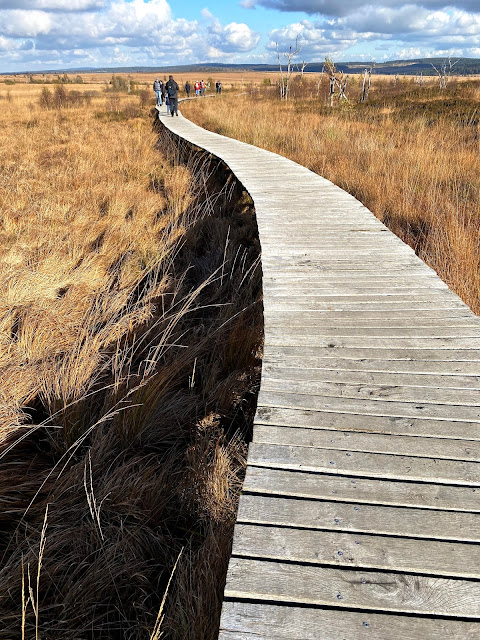 After the glorious walk through the Fagne de Polleur, across the partial boardwalks,  Beertje wants to walk on more boardwalks. So that means we need to venture out in other peatlands.   We had to the Baraque Michel for the first time in probably a decade.  It has a newly revamped parking lot since 2 years and is always very busy.  However since the nature reserve was on fire in 2011 and a lot of that area was inaccessable for several years, we've not been back.   The trails had burnt down and were not immediately replaced.  But we assumed they were back so off we went with the promise to give Beertje some boardwalks.

Well did we deliver for sure! 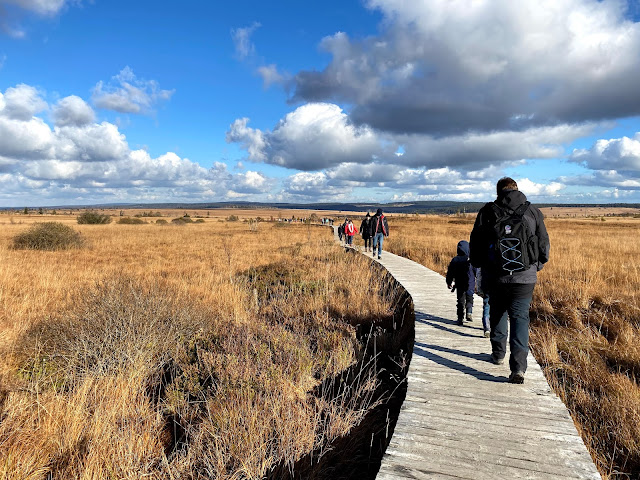 When heading into the south side of the parking lot we quickly found one of the many border stones in this area. After all the Baraque Michel has been an Inn and postal stop in previous centuries at the border between Belgium and Germany (Prussia at that time, which came more into the contemporary Belgium and zigzagged through the current nature reserve).
A little further a boardwalk goes straight into the boglands and it is marvellous.  While a little further nearby the Botrange you are only allowed to walk around the reserve of the Fagne Wallonne, here the trail goes right into the peatland in between Fagne de 2 séries and the Fagne Wallonne.
The first part was quite busy as there were a lot of walkers around and I regretted I had not taken off with a face mask on as some percentage of the walkers were wearing. I crossed my fingers that instant crossing of other pedestrians in open air can't pass sufficient virus to contaminate us.     After a while there was a crosspoint with a trail going even deeper into the valley or returning.  We continued further and soon enough it was very quiet and we were all by ourselves in this vast open space. 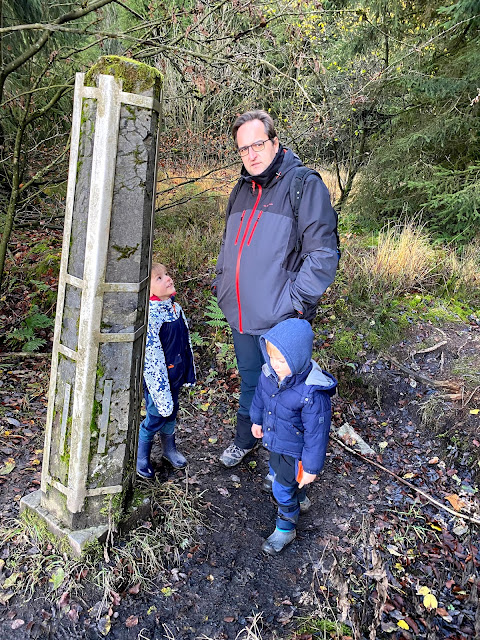 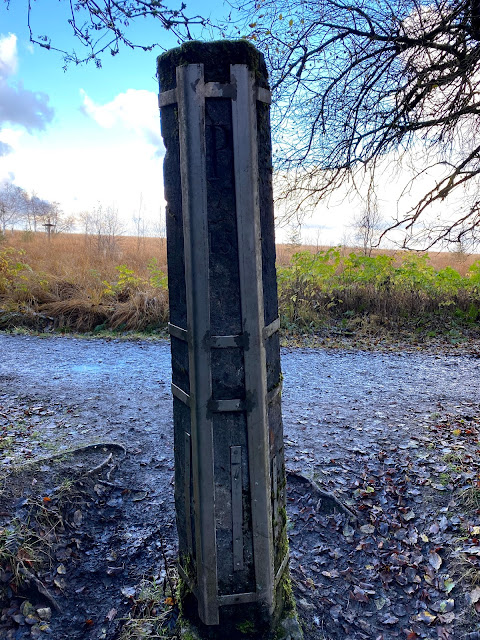 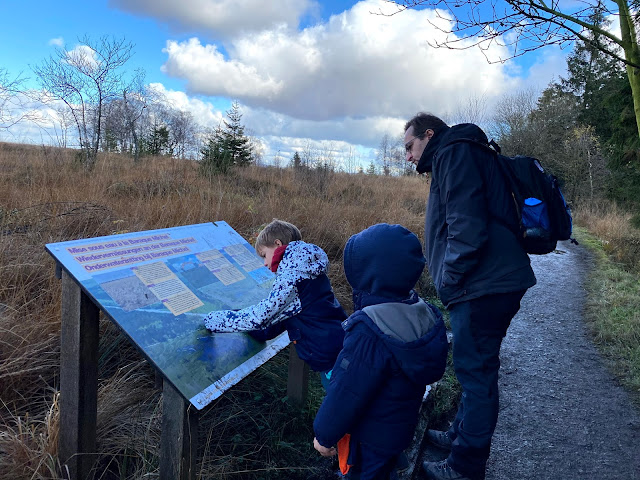 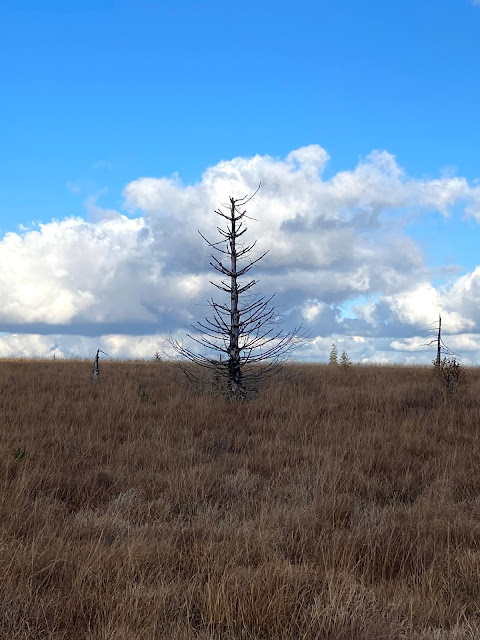 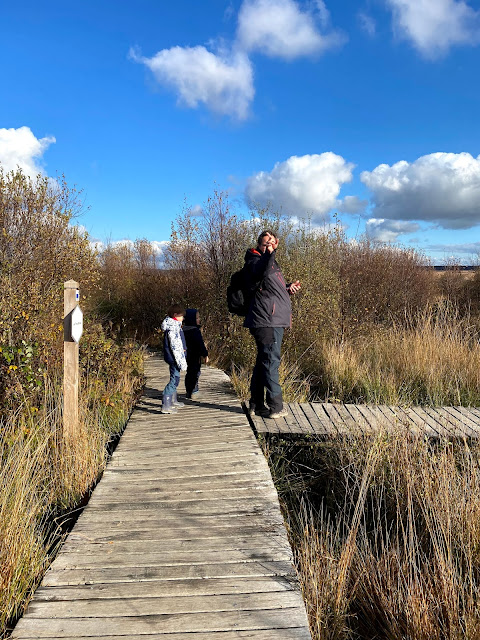 The views were magnificant in the autumn sun. It was just glorious.  And it felt so special since after all our years here, I must shamefully admit it was the first time I was truly in the middle of this vast nature reserve.
Much to my surprise we could hear water running everywhere. I knew that this is a swamp or bogland but it is truly full of litter water flows and there's even little valley's cut out by creeks running by.  What at distance looks like some shrubs are true trees sitting lower in a creek riverbed.  Turns out we were crossing Die Helle a couple of times (and not the Roer as we first assumed but who has its source in the Fagne Wallonne a little further).  We love Die Helle from our most favorite autumn walk at Haus Ternell. 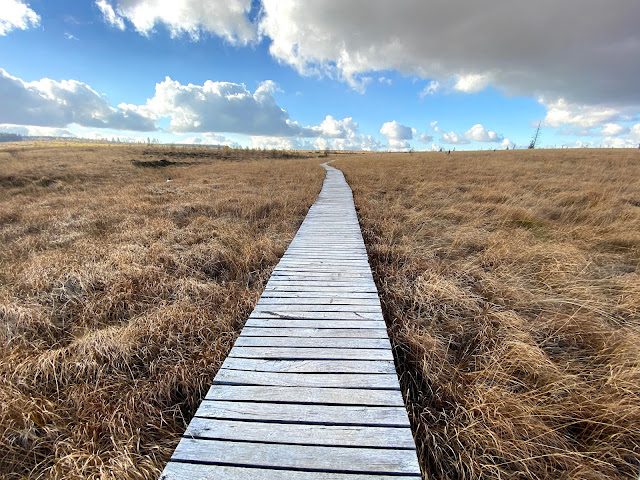 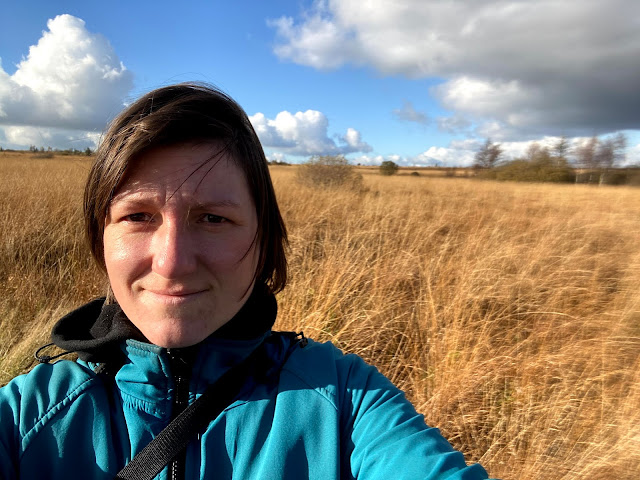 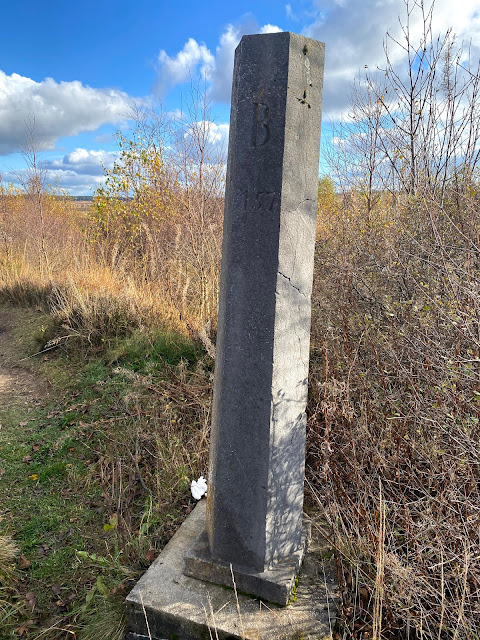 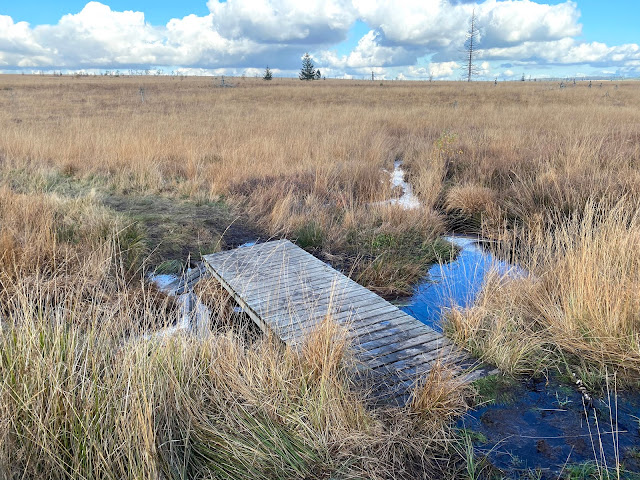 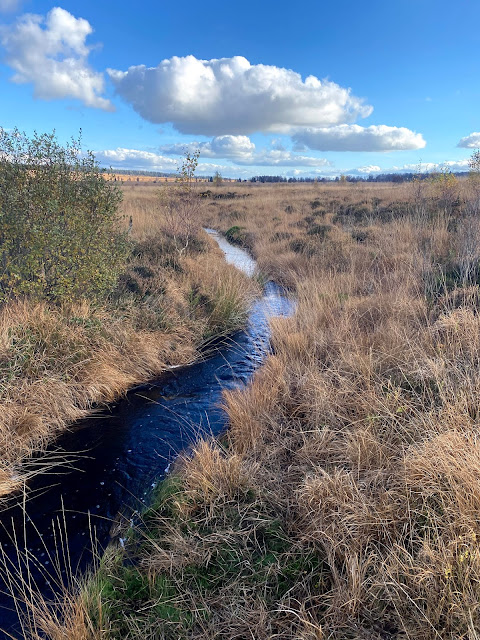 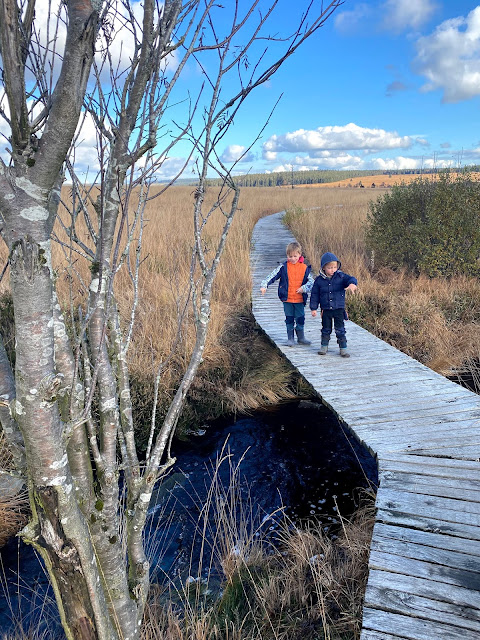 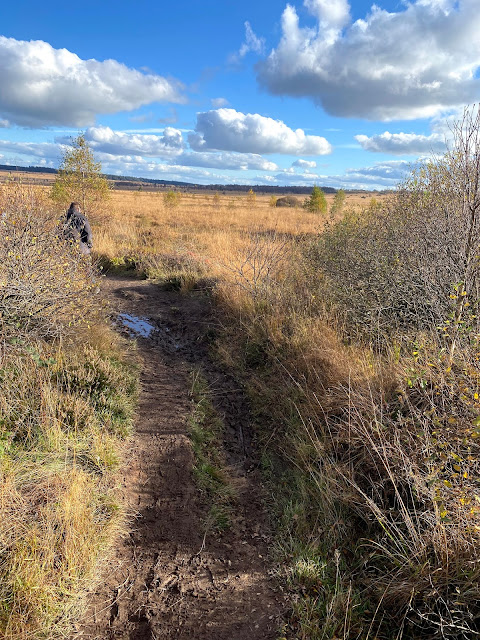 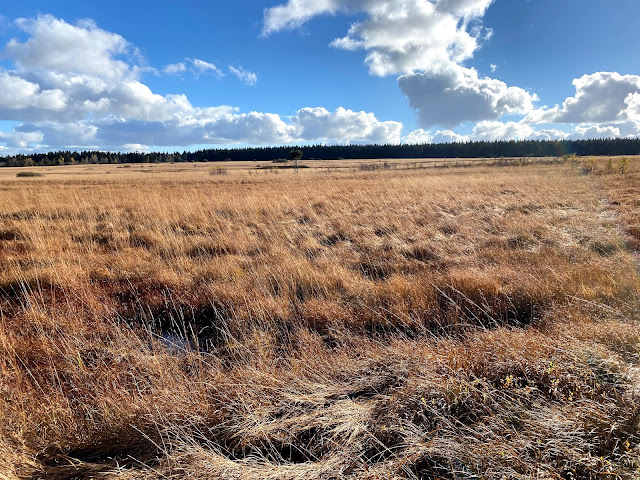 The trail Jan wanted to take to loop us back was not maintained anymore and since we didn't want to drag the children along up to the German border to walk entirely around the nature reserve, neither would we dare to cross the marshes, so we had to return on our steps.   That was ok, we still adored it.  We enjoyed the view on the higher nearby Botrange, Belgium's highest point and slowly approached it back. By the time we reached the forest side again, we had drained the children's energy but we had all enjoyed this excursion into nature. 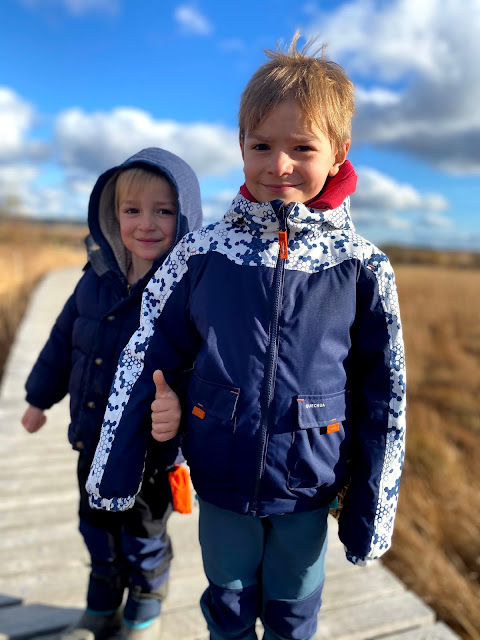 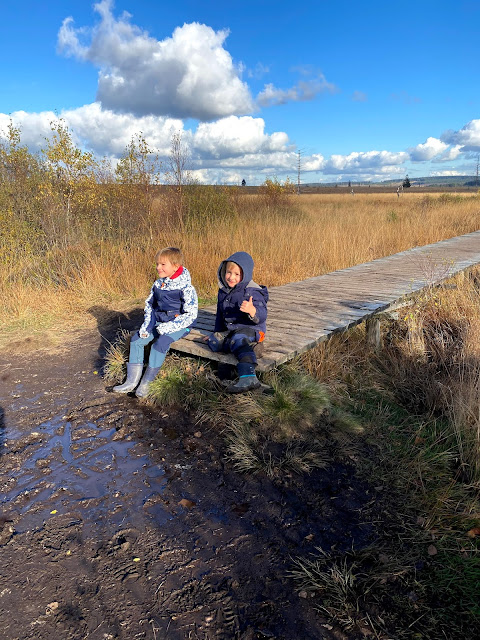 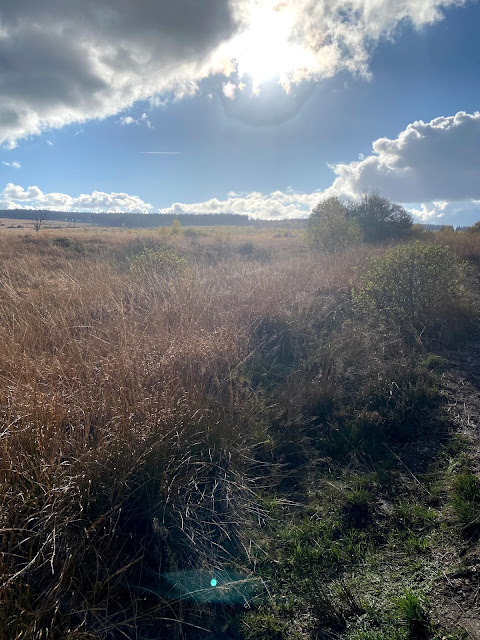 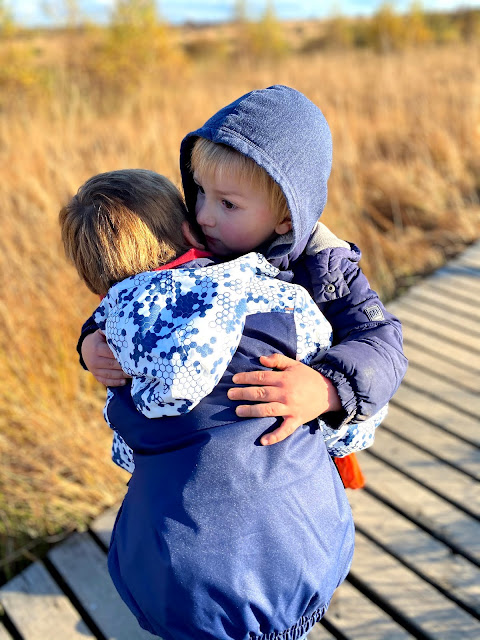 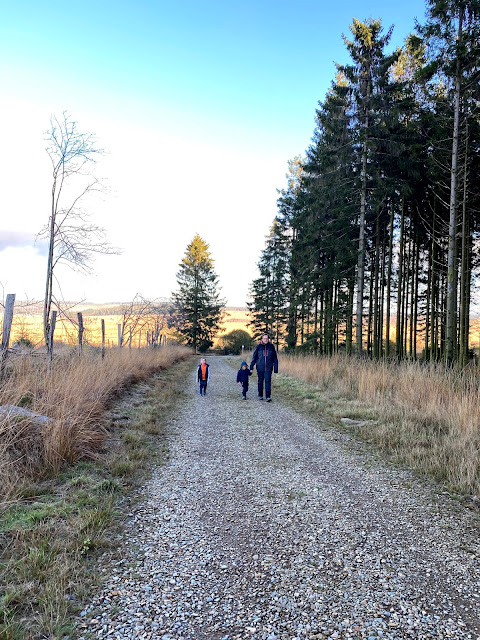 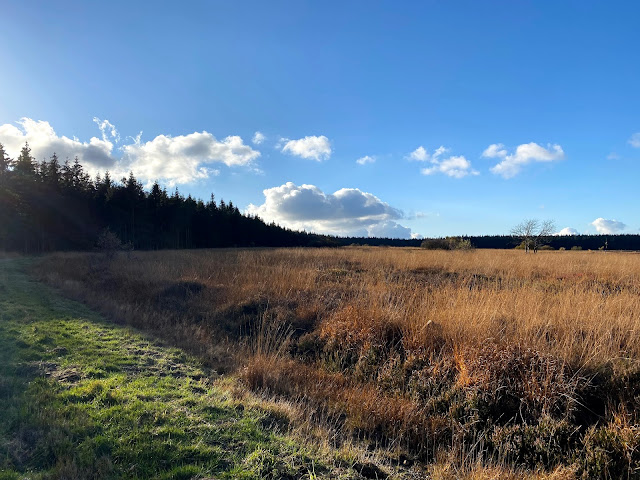 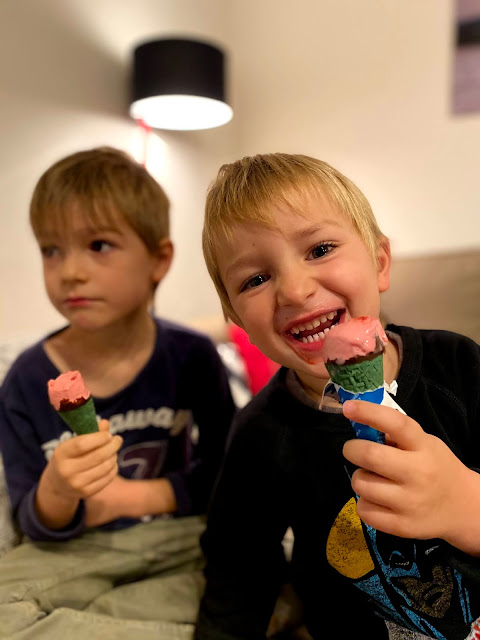 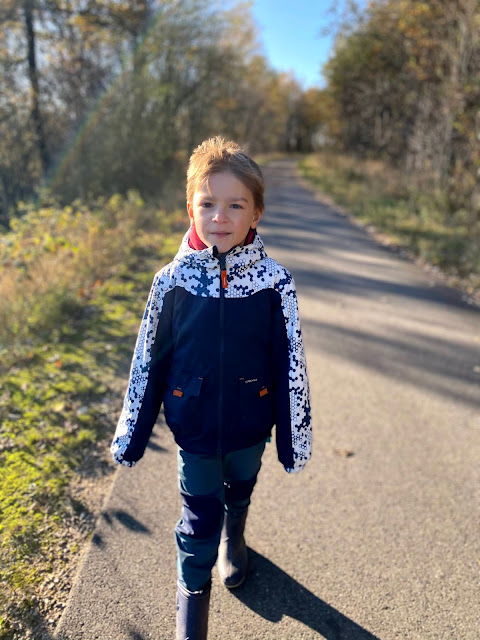 Walking around the village 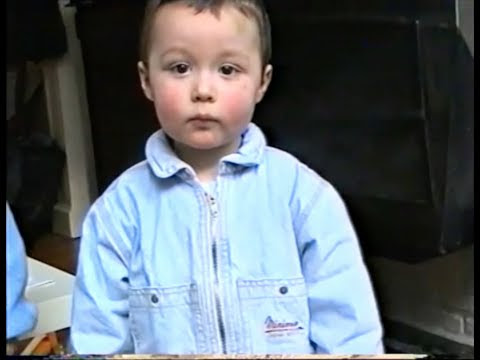 Made in Belgium: Yong Yello 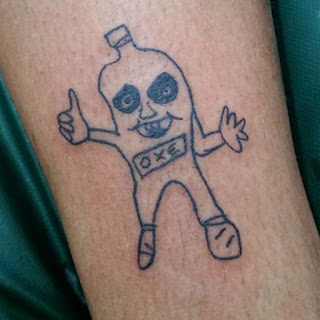 I'm not a hipster: I don't have any tattoos 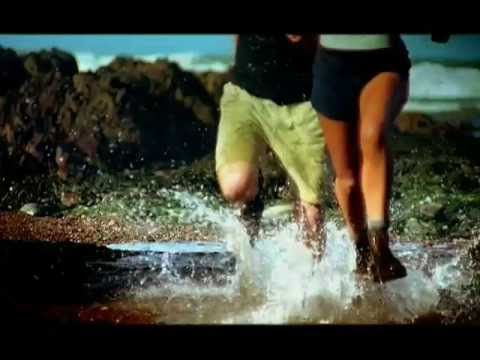 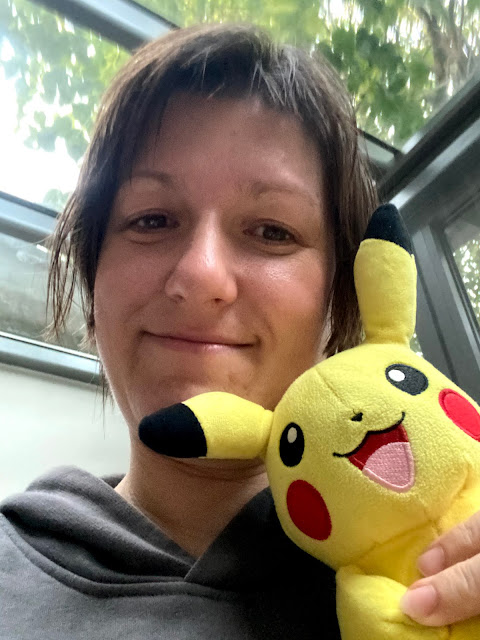