When I planned to explore one new walk in the area, I only found one volunteer to accompany me while the oldest and the youngest at home decided to go get groceries.  As a result we had no car and we had to start of at home.

I had in mind a not too long walk we never did before but in a further village.  The only issue was of course we first had to walk to the starting point at about 2 kms (and back).  So I warned that it would be a bit longer but packing some drinks and cookies convinced him to go.

Once on the new road, we followed a little valley with a creek running down on our left. There were more woods than I anticipated as I figured we'd be walking through the fields.   Clearly I didn't read the map well beforehand. 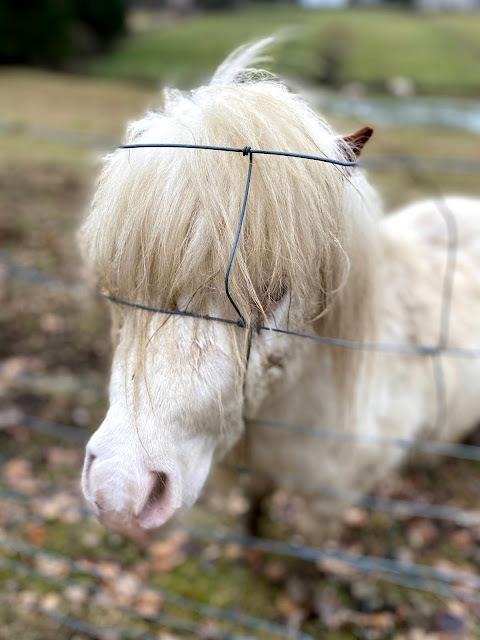 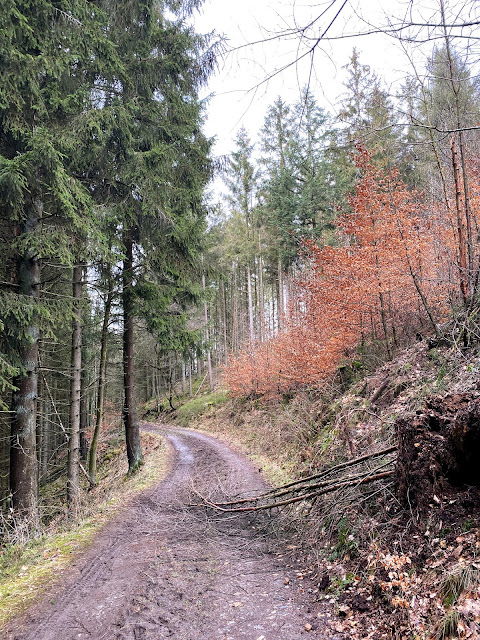 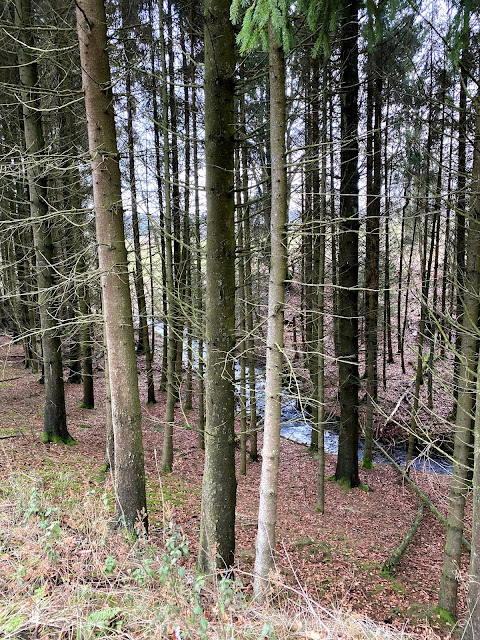 All of a sudden we stumble upon a little ruin. 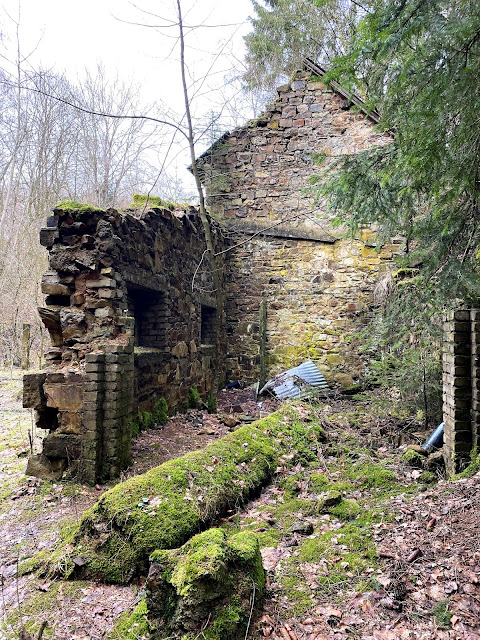 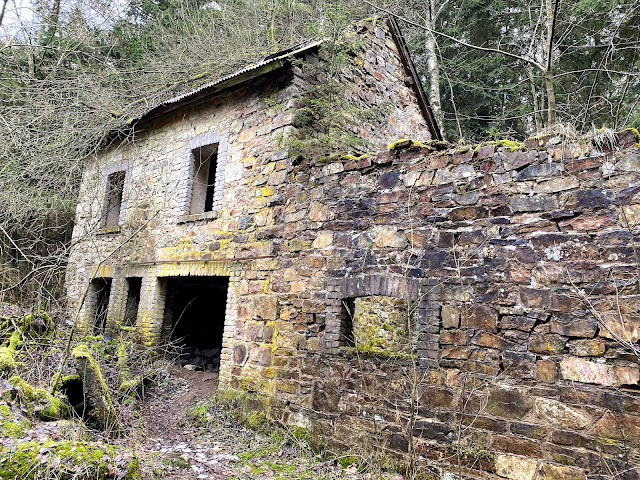 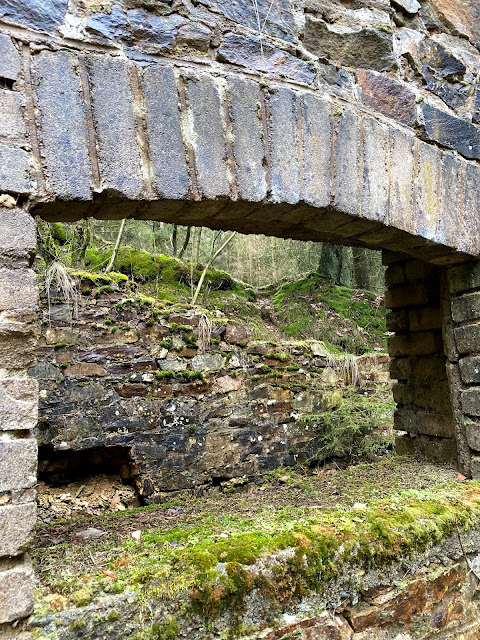 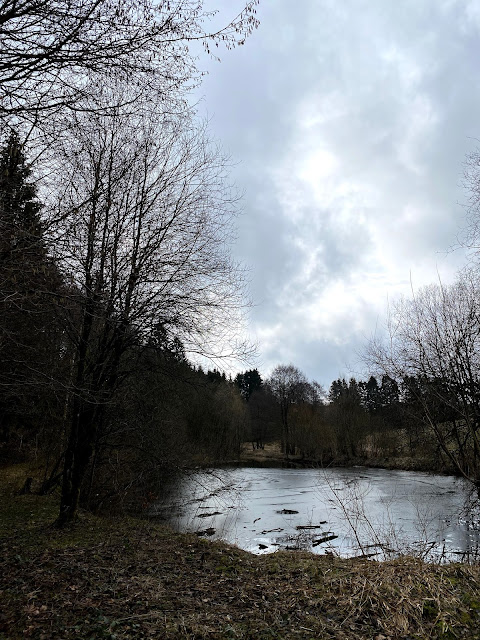 Since I feared we'd loop into too many kilometers after all, I checked the map for shortcuts and alternatives and realised that we could turn off and reach another trail along the lake.  It wouldn't give us a much shorter route (although I hoped a little bit) but we decided it would be cool to walk along the lake again.  Of course we missed a turnoff first and later on Kabouter lost his good walking stick so we had to walk back almost half a km to find it. So in the end, we did a whole lot more of walking than I had anticipated but Kabouter was a good companion. 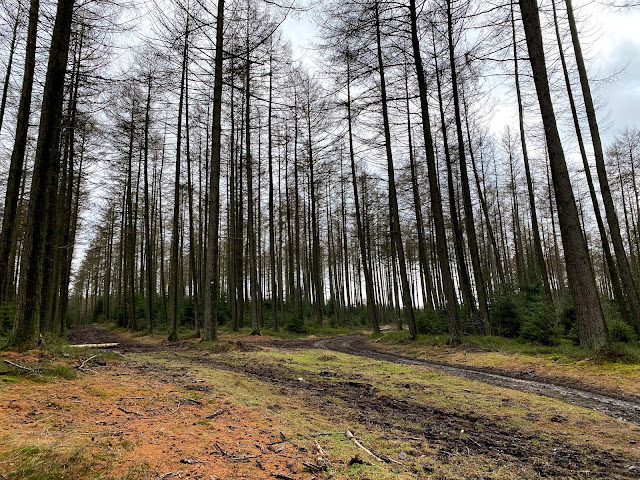 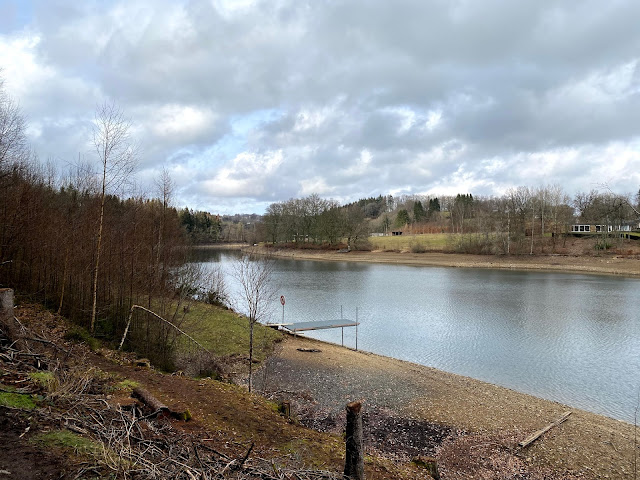 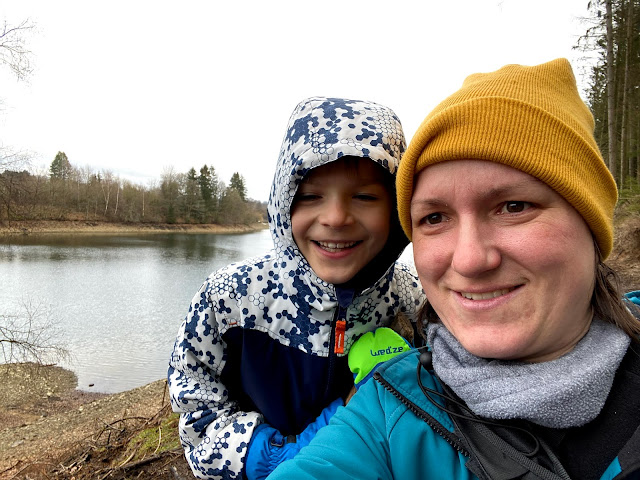 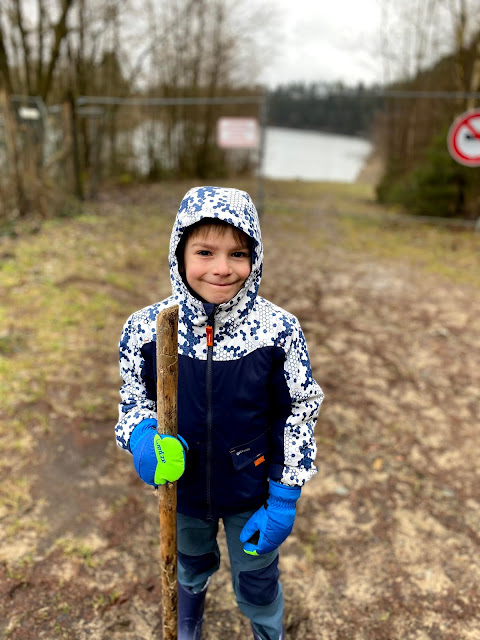 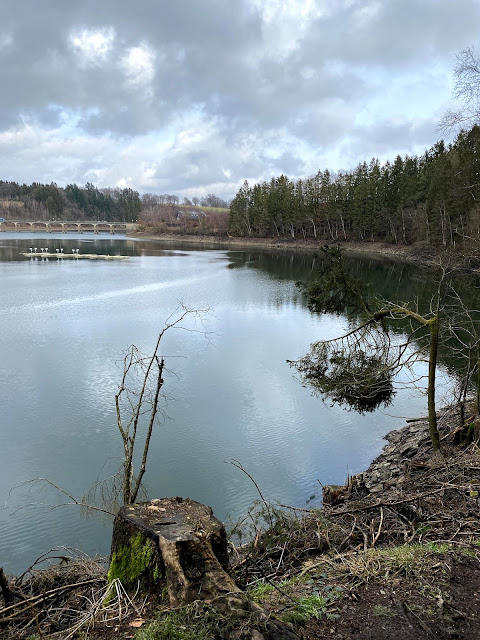 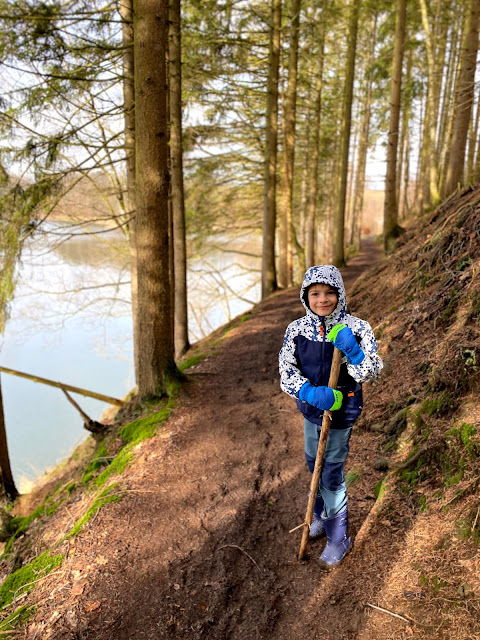 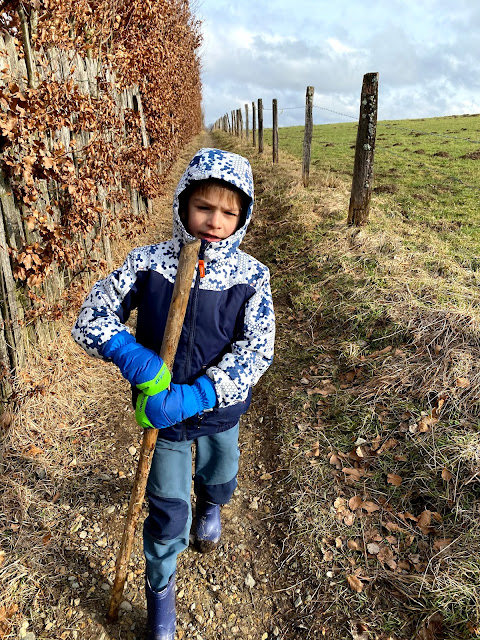 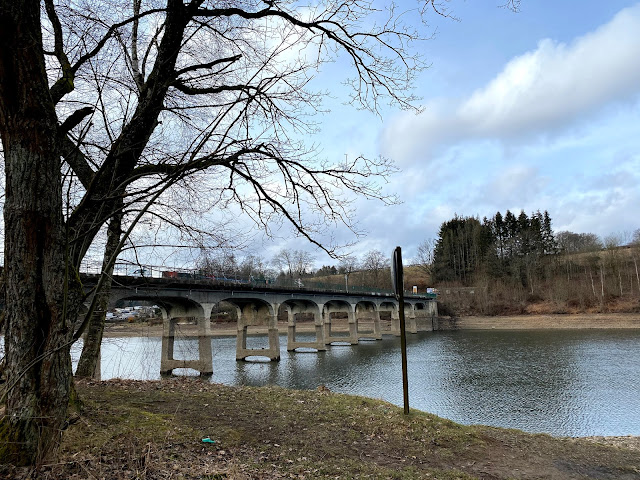 The last part of our newly constructed walk combining in fact parts of 3 designated loops, came back on the part we had walked the day before in opposite direction. We could observe the last ice melting further away while we enjoyed those first spring vibes. 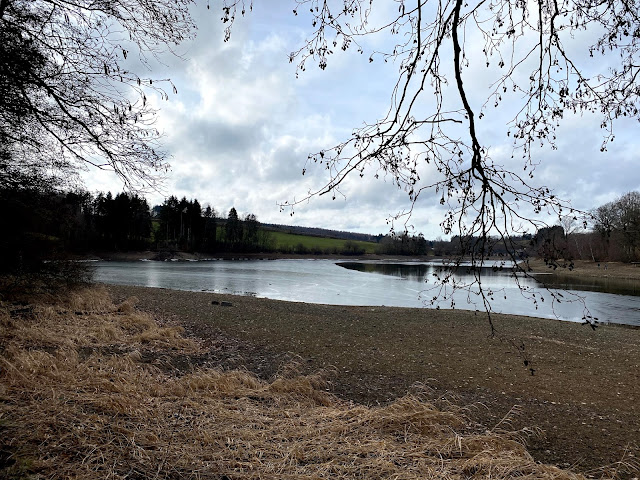 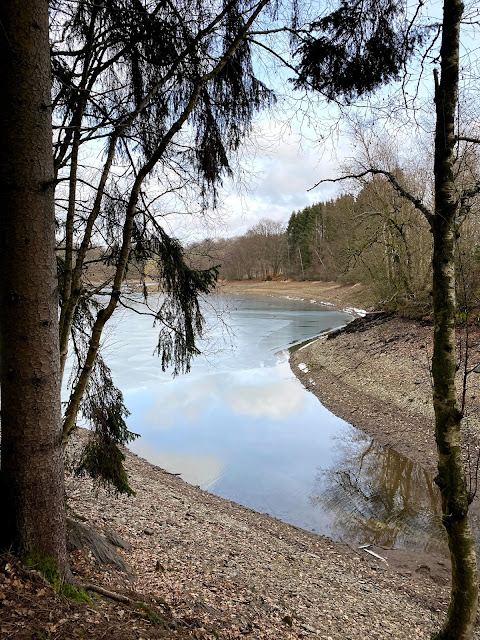 The birds were also in the mood for spring and we heard and spotted a noisy bunch of cranes migrating by. 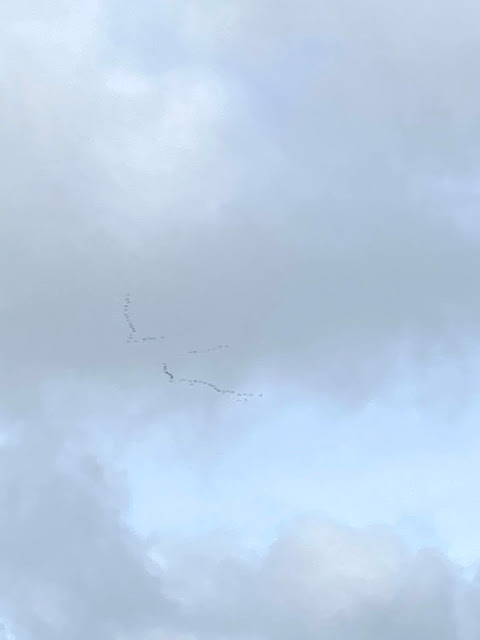