Being born in Europe with towns and villages that have organically grown in circles around the main square with a church, a town hall and some ancient commerical buildings and where most roads leading to that middle center where all commerce is happening, I always have a problem arriving in a North American city. I drive along the straight lanes of the city leading to the center and I miss it.  I often have at first sight the "oh, is this it? what is here to visit?" feeling and the arrival in Montréal was no different.

We visited the old city first, which was buzzing with activity and lined some nice old storage houses nearby the river but it was only a few blocks big so we had quickly walked all over the place. The cathedral reminded me of a fishermen's parish in Honfleur, Normandy where there was also stunning woodwork and a very wide ship.  We had some beers at the Place Jacques-Cartiers where a lot of artists were entertaining  and we returned in the evening for dinner even though we knew the restaurants there were probably tourist traps, but we let us getting trapped. 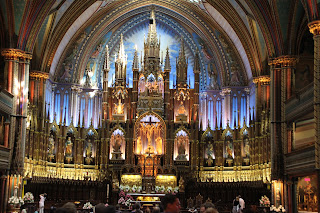 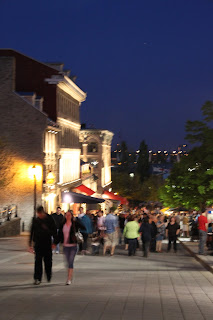 The next morning I really wondered what we'd do all day since in my mind we had seen the city. Fortunately Jan had spent his hour awake before me well and simply took me on a tour. First we walked all along Blvd Saint Denis where the many deserted bars and restaurants and little stores made me realise that there's more to Montréal but the old city.  Even totally deserted on a Sunday morning, the street seemed so fun that we decided to return here for dinner.  We climbed Mont Royal among the brave joggers and enjoyed the view on the city.  While testing the metro system we arrived the Olymic Stade and in the afternoon we used the bike rental system and toured the islands.  Much to our surprise we all of a sudden realised we were making a tour on the F1 circuit of Montréal.   The day ended with some shopping.   And so I learned that Montreal is also entertaining & fun outside of its historic center and that there's multiple "centers". :p 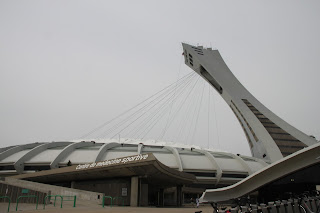 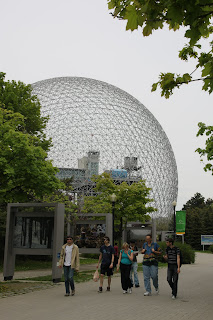 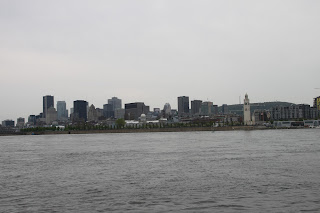