The men of '64 have seen Abraham

Yesterday it was Abraham day for the "Men of the year '64" who were celebrated for their 50th birthday.  And the men of the year '72 were present, as well as little Kabouter who was wearing their logo happily. 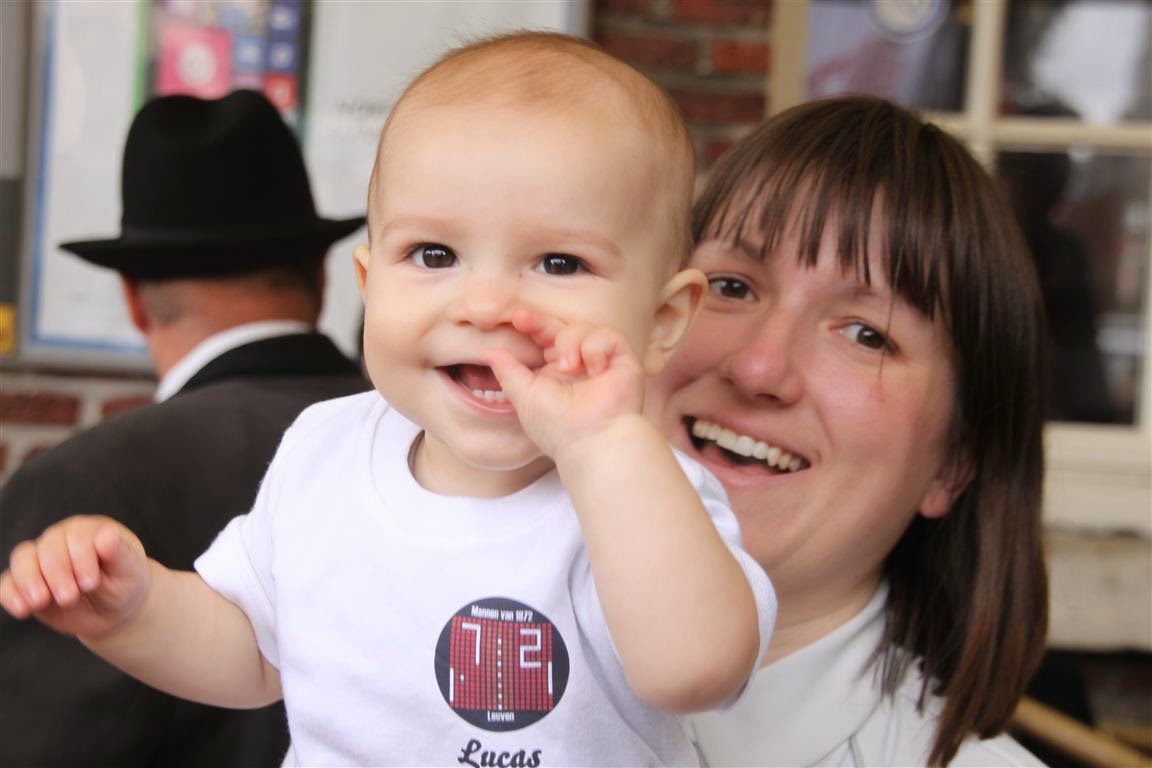 First there's always a small ceremony at the entrance of the park at the Abraham statue where also all the years that have celebrated before have a little plaque on a wall. 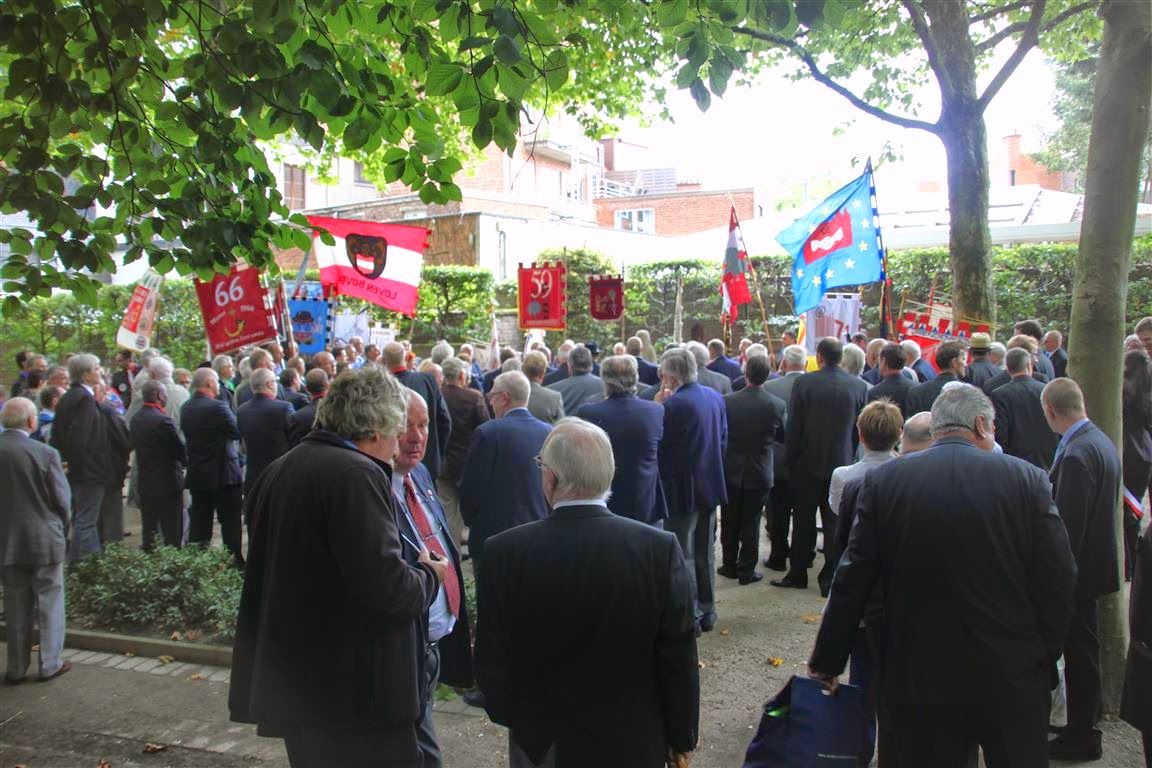 The new friends of the year '75 are getting founded, to be ready next year for their first active year 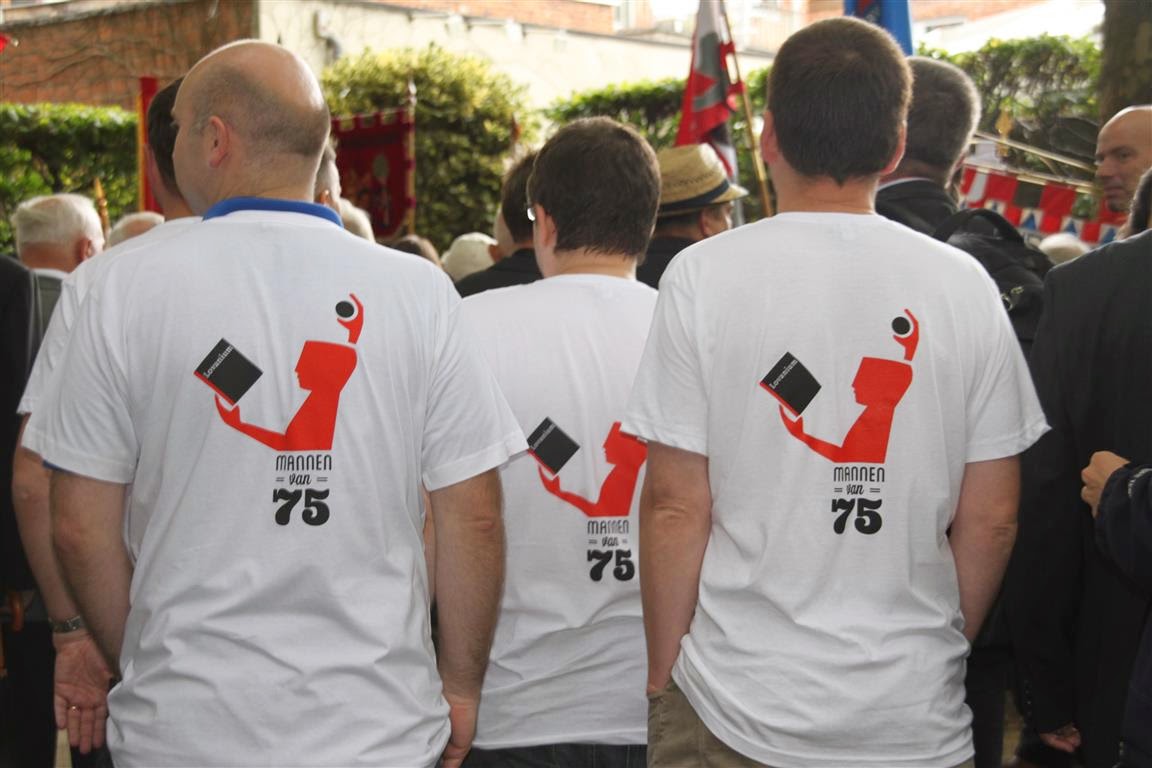 In a small parade everyone goes to the other side of the park where Kamerood 60 gets dressed by the new active year, by the men of '74, who celebrate their 40th birthday . 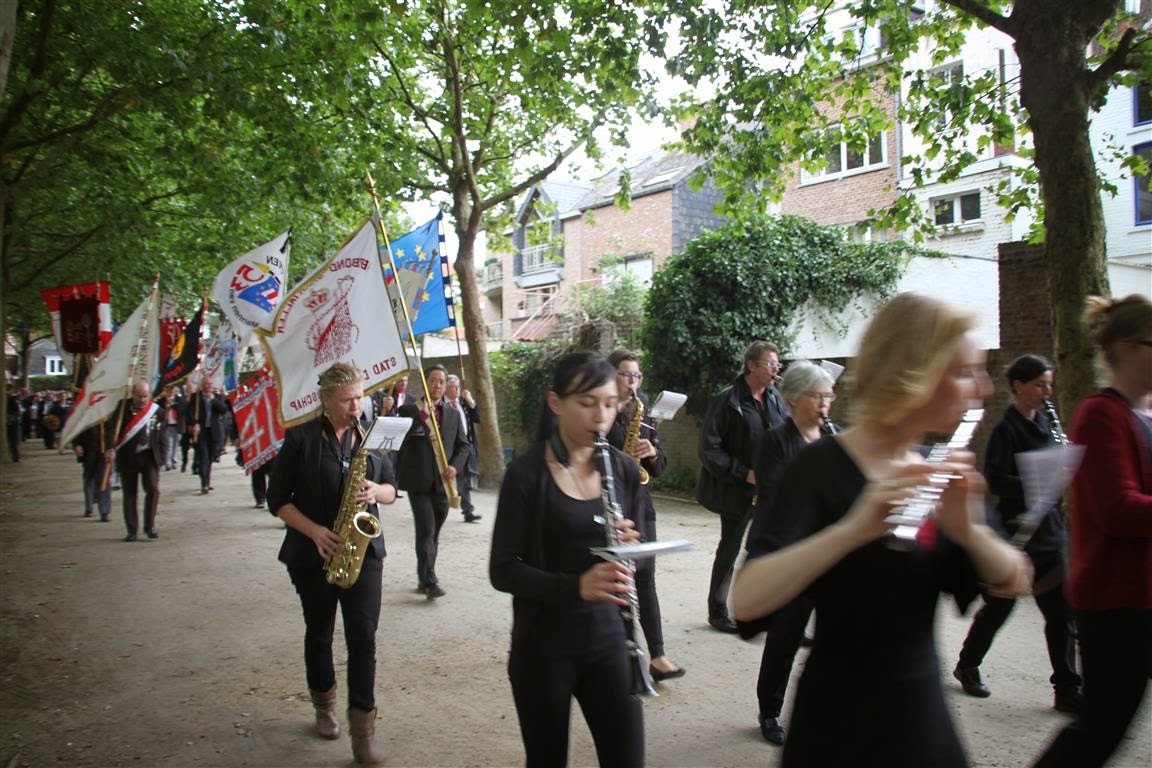 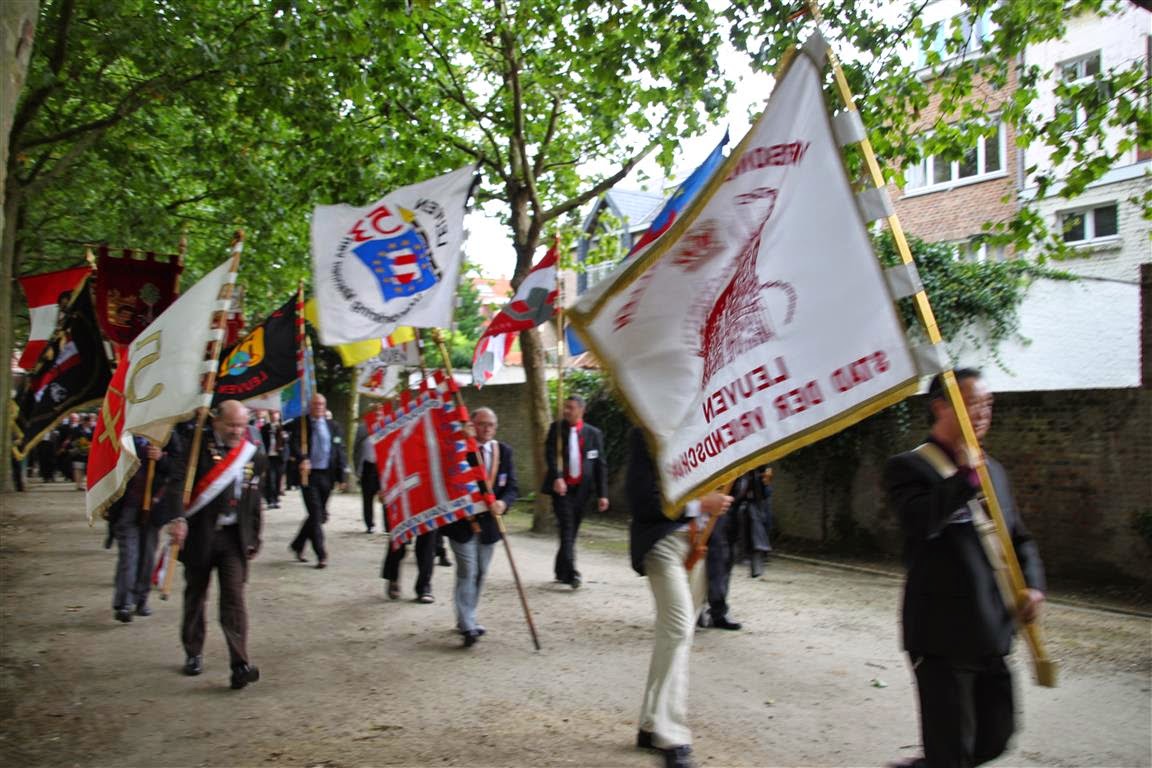 There's time for more speeches, some music & a reception. 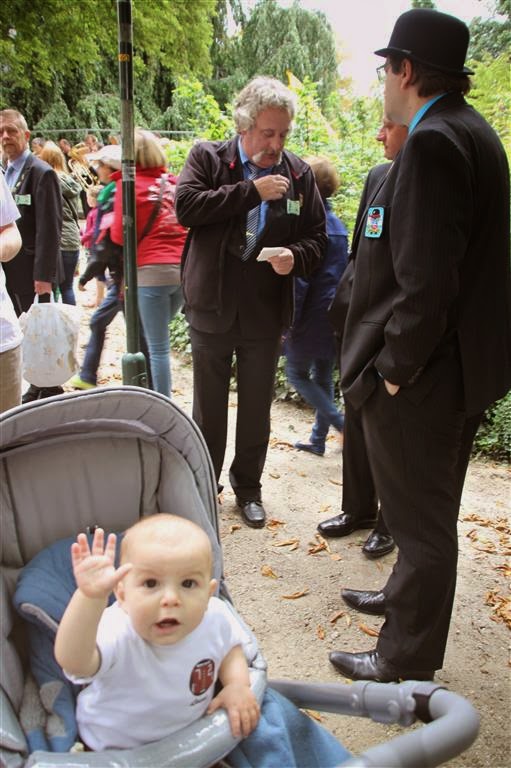 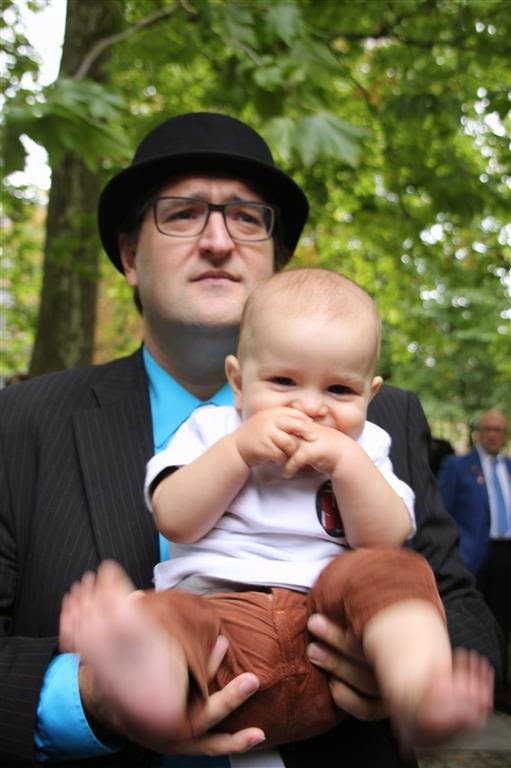 Then it was time for me to put Kabouter in bed for a nap and hide myself for the upcoming rain, waiting for my man to come home a bit later. But the rest of the crowd went downtown to dress up Fonske in the costume of the men of '74 and parade to the station.  (I stole this picture from a friend's twitter feed, taken later on when it was dry again). 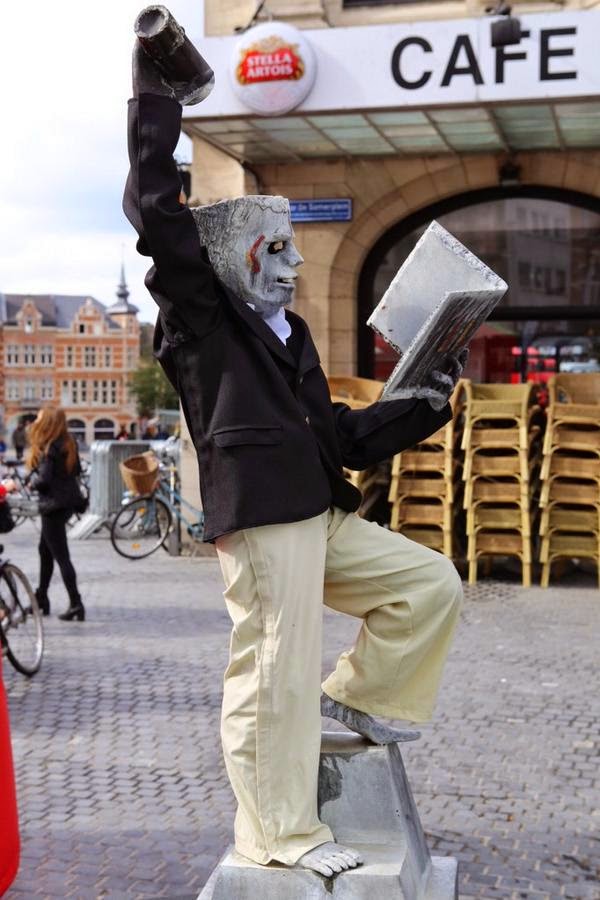