Previous week we celebrated Kabouter's first birthday.  Unbelievable that a full year has gone by already  (and at the same time it's hard to remember how we lived without him before and what he was like those first weeks and months).

As Jan was travelling we got up earlier to wave him goodbye.  Our little kabouter was still quite drowsy when he got his crown.  A bit uneasy and annoyed about this weird thing on his head at first but then he left it on just long enough to shoot some quick pictures. 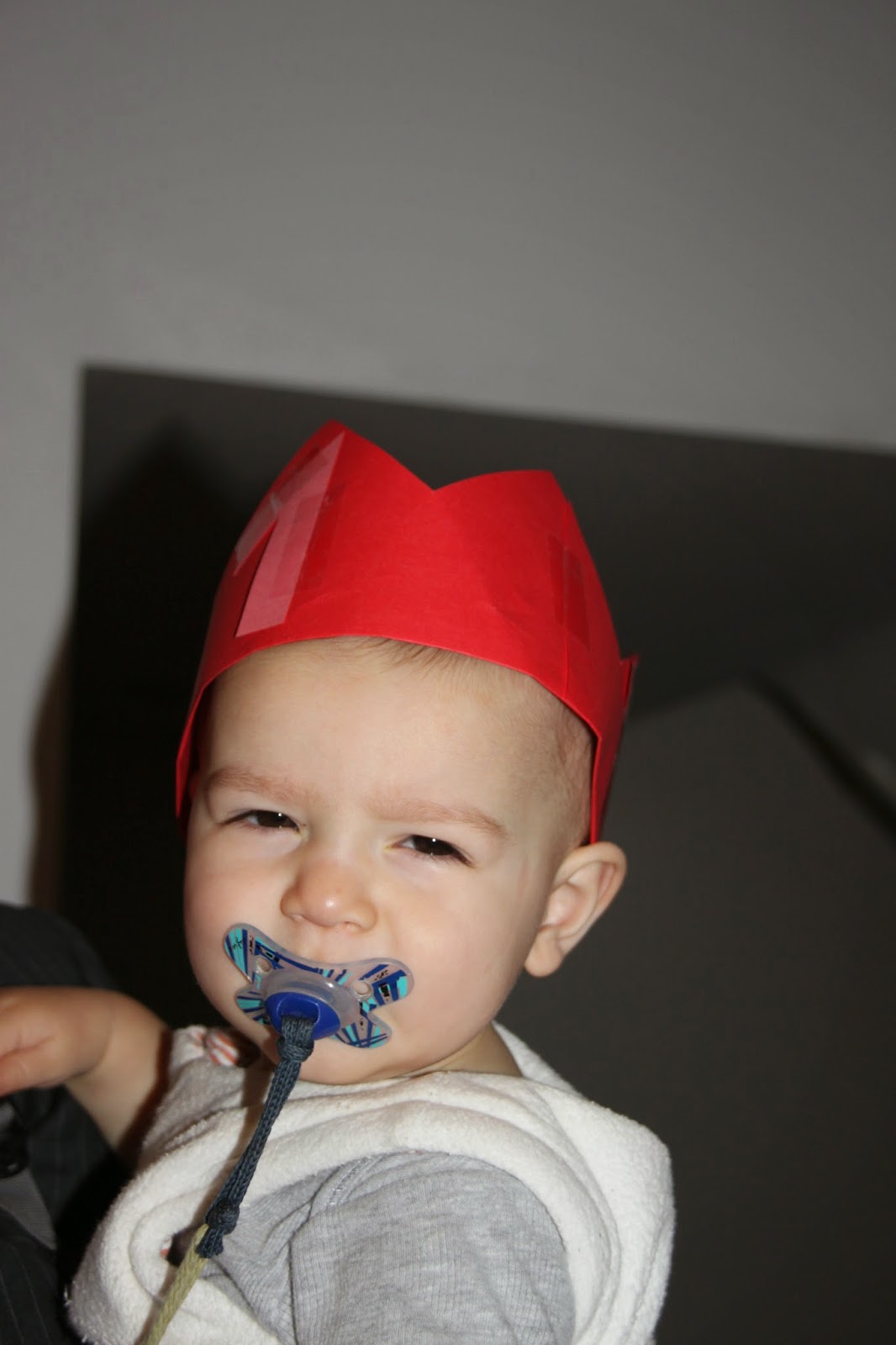 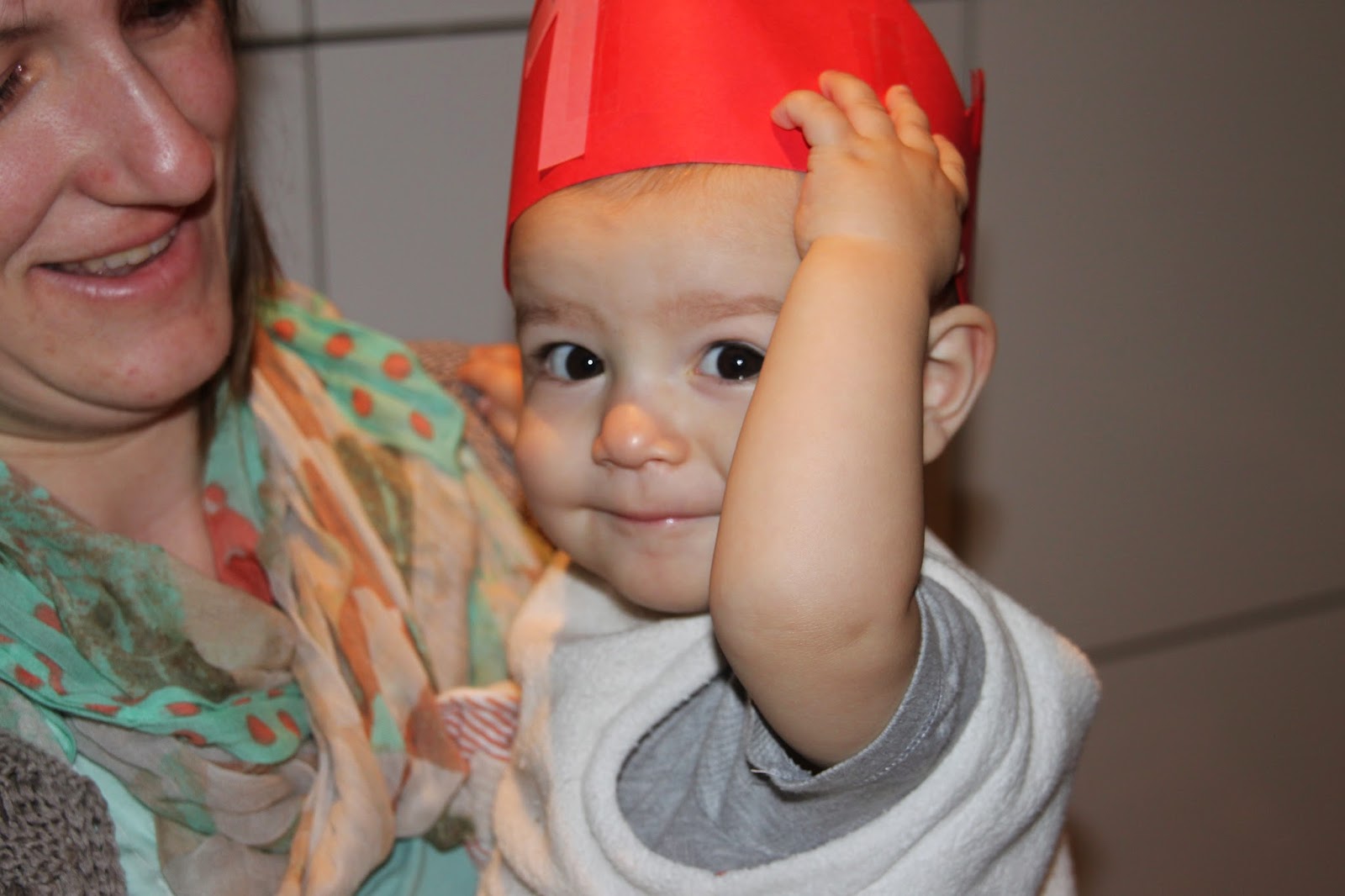 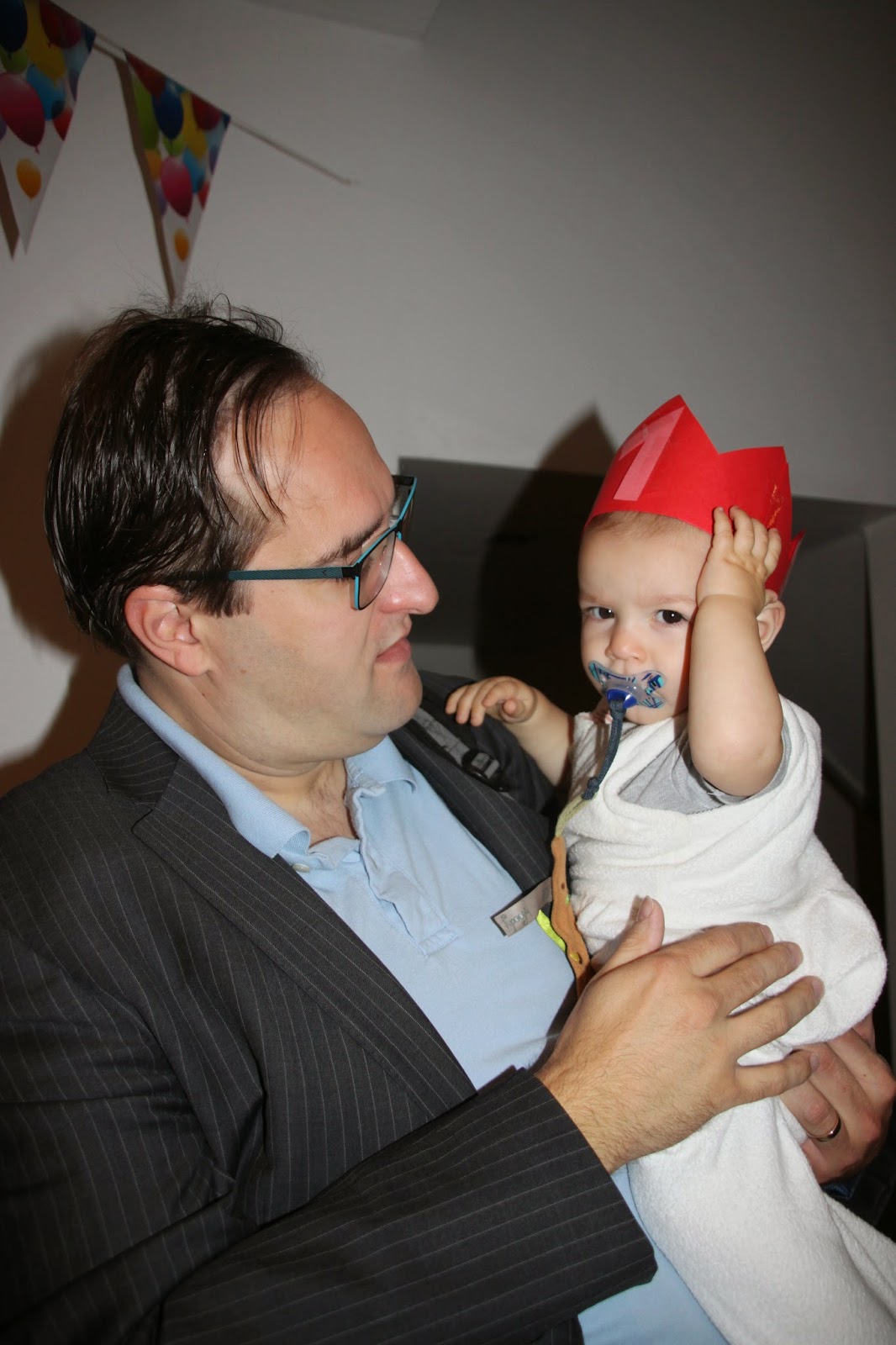 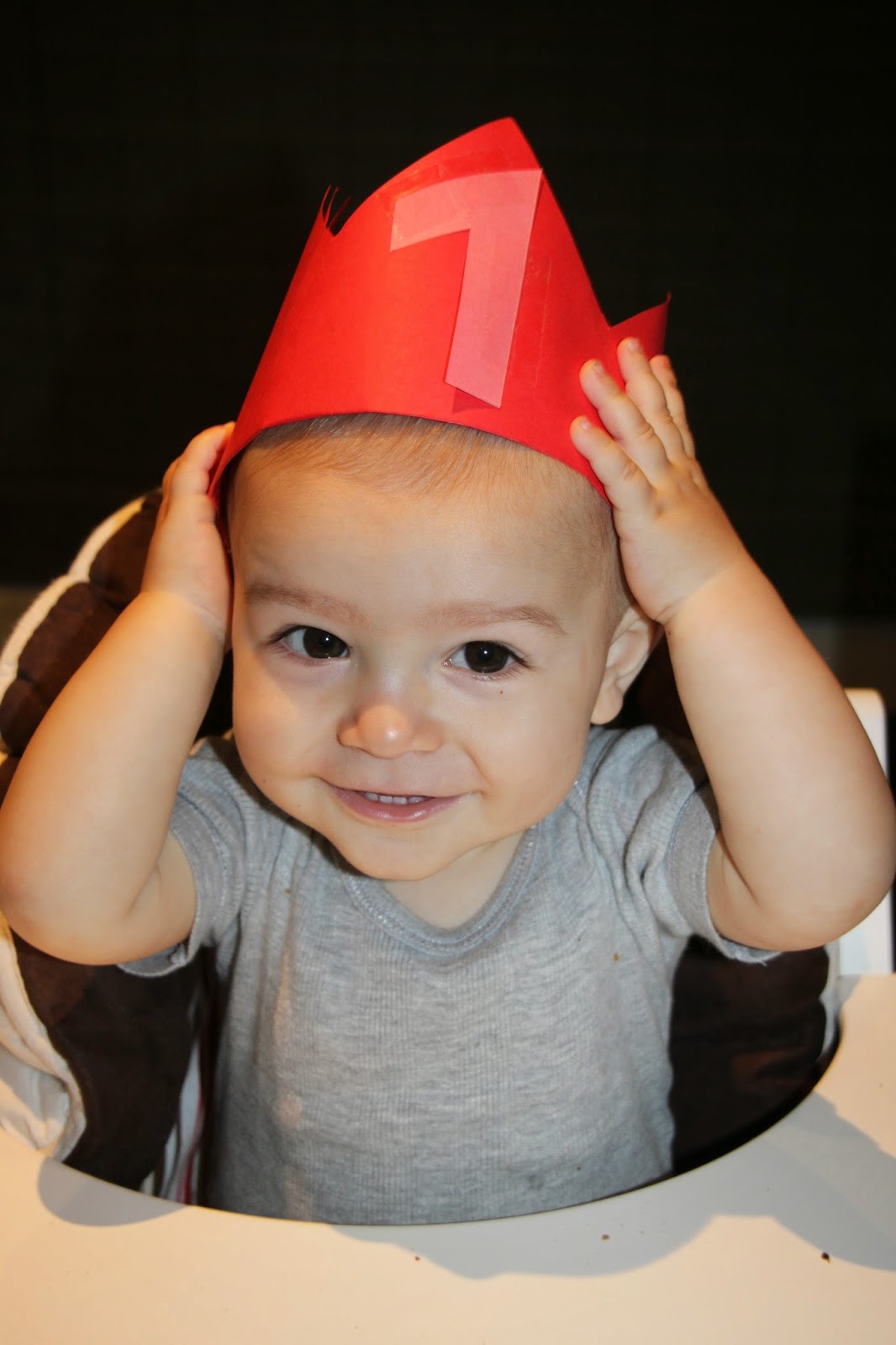 A bit later, after some more pictures and cuddles and hurrays, we left with the big box of gifts that Jan and I had crafted previous weekend to distribute to the other kids in the daycare. 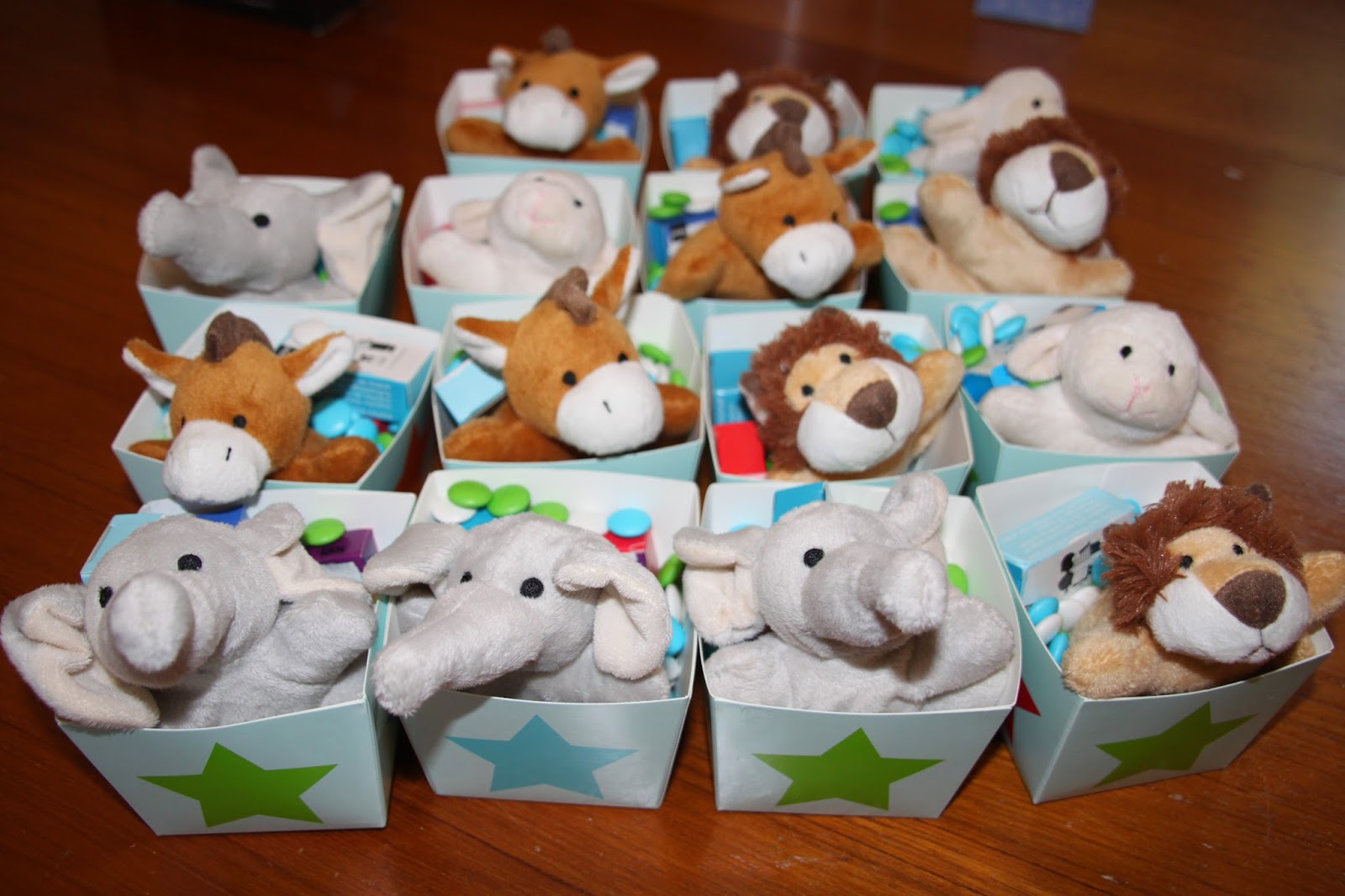 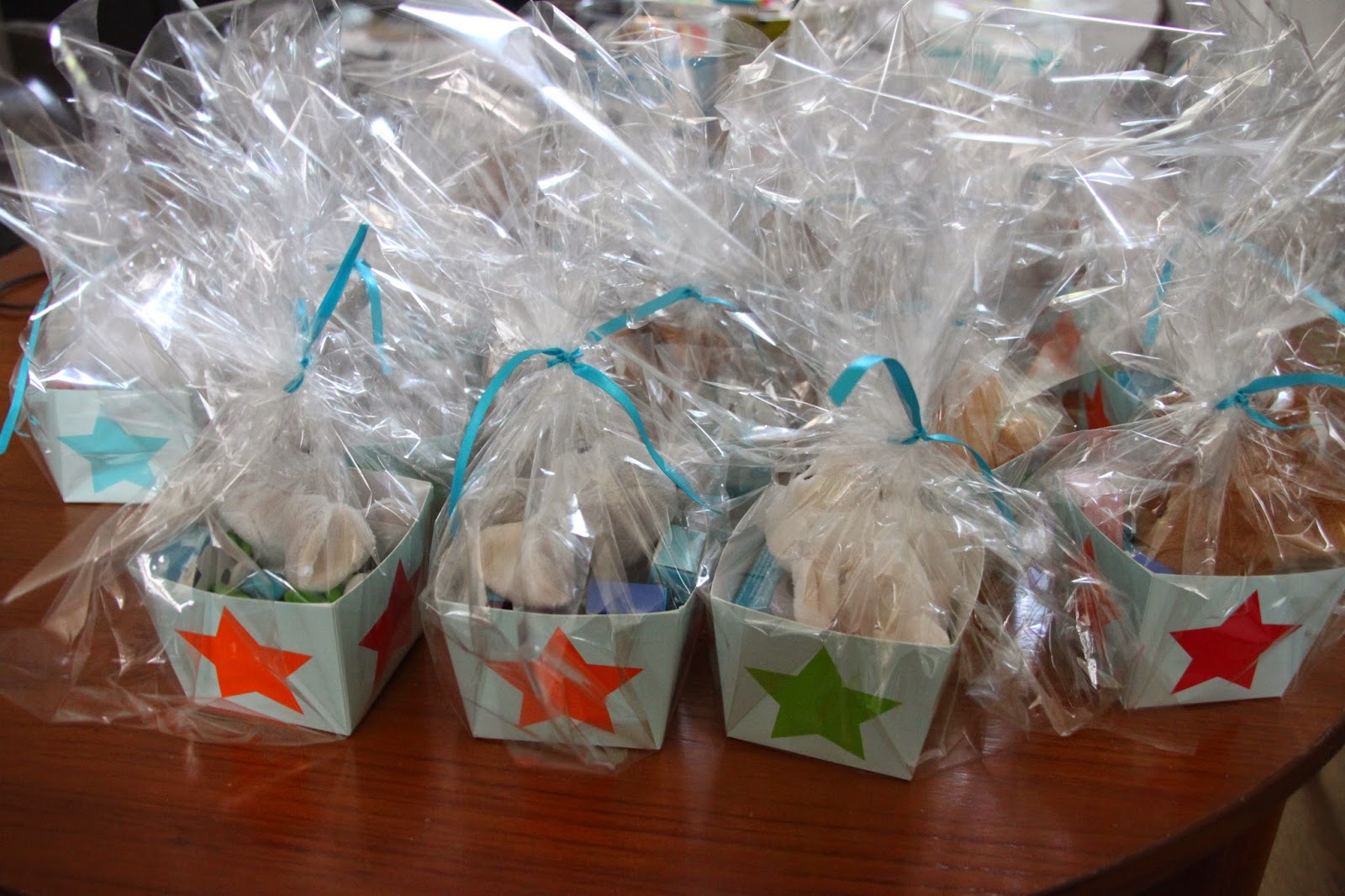 I don't know how (much) they celebrated there but the older kids would sing for him.  In anyway I picked up a very tired kid with a new crown.     After a nap we could Skype with some family and that was his first birthday.  But we still owe him a small party this weekend.