Sinterklaas arrived last weekend with his boat from Spain. Kabouter has watched the news on tv with some interest but without a lot of concentration.  He's interested but doesn't seem to get all the excitement and tension yet.

Since we had obligations in Leuven this weekend, I was happy to see that we could combine with the official arrival of Sinterklaas in Leuven. After an hour of rushing Kabouter to eat his lunch swiftly, not to go and sit for half an hour on the toilet , ... all in vain (Sinterklaas is not yet an incentive), we rushed down to the train station.  Yep apparently in Leuven he arrives by train??  We were a little late, but I could see some Zwarte Pieten dance on the square from far and heard music while approaching. Sinterklaas was just entering his horse carriage. 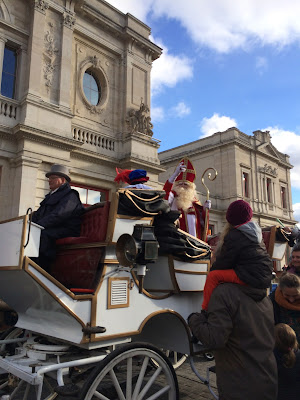 As we had difficulty to have a good view, I rushed a bit in front of the parade to halt further and wait for them to come to us at a spot where we had sufficient space to park the double stroller .
Kabouter waved without hesitation when I encouraged him to do so and got Sinterklaas waving at him back. 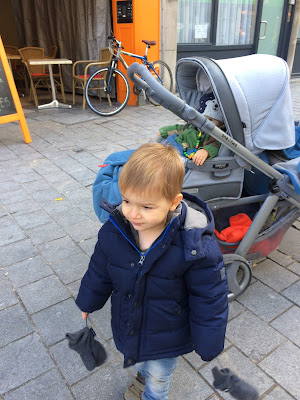 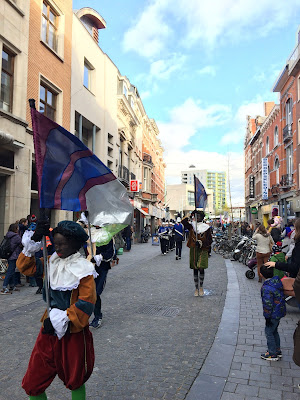 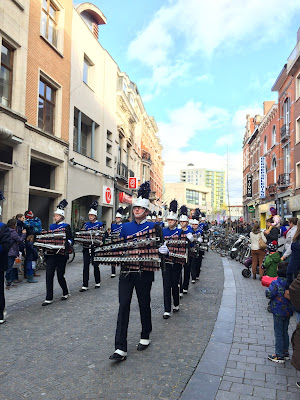 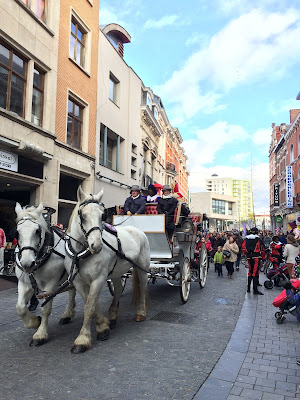 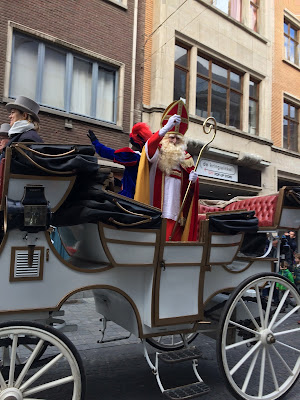 We rushed once more in a parallell street and waited at the city hall for them to come again. Beertje thought it wasn't very interesting. But the Zwarte Pieten gave a good dancing show and Kabouter was clapping eagerly along and applauded after every song.  This time he seemed very disappointed and confused when Sinterklaas mounted his carriage again and left.  He claimed the dancing Zwarte Pieten were most fun. 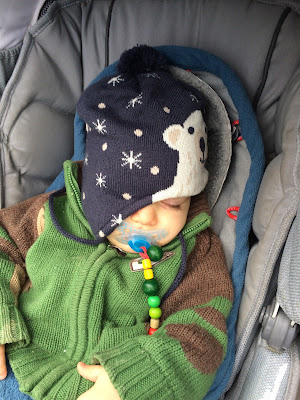 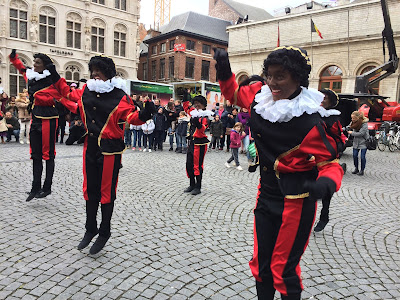 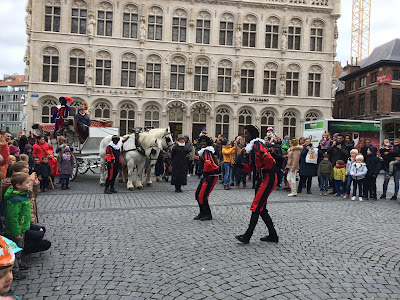 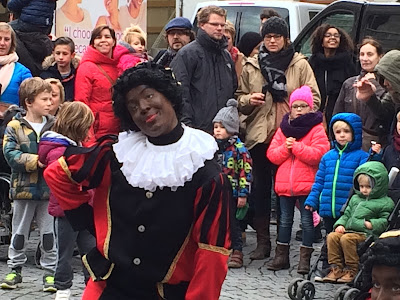 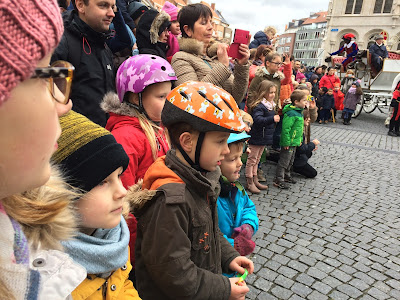 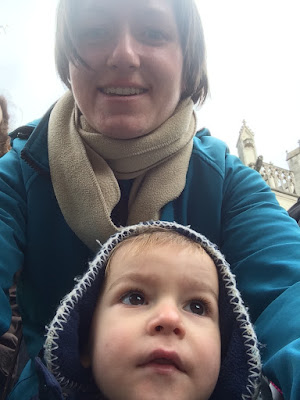 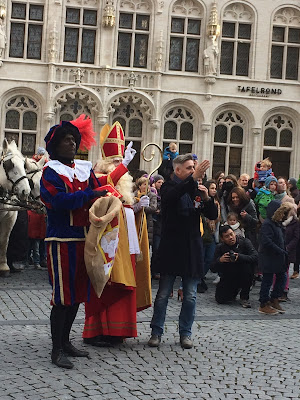 One newly wed couple leaving the city hall had the honor to be blessed by the good Holy man right away. 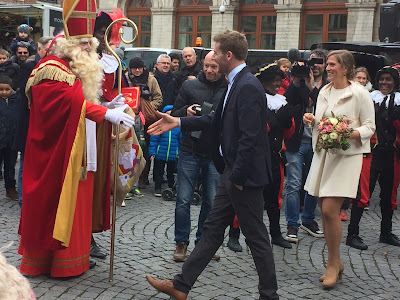 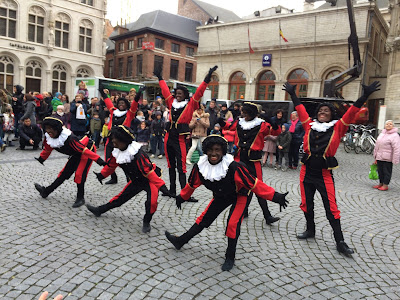