Miami in the (rain) clouds

We left Europe in a big storm only to arrive in Miami in the midst of storms as well. Fortunately the pilot managed to avoid the predicted turbulence (pheewww my stomac!).

The days before our arrival the amount of rainfall equalled that of a normal month and it seemed to continue that way so we had to drive to the restaurant at 300m of the hotel, only to get soaked while crossing the 3 meters from door to door.

After a good night's sleep, we drove to downtown Miami to go out and explore...all under dark clouds.  That wasn't exactly how I had pictured it to be honest.  I knew May was the end of the dry season and June the start of the wet season but apparently that doesn't happen with a gradual transition. In fact April, May and June have more rain than September , October and November and June is in fact the wettest month of the year.  So why they divide the dry season from October until May beats me. Ugh.

But we made the best of it and jumped on a hop on hop off bus to get a first impression of the Magic City. We got a glimpse of the Art Decaux hotels at Miami but it was hard to take any (decent) pictures with an escaping baby on your lap who was also determined to unplug my headset constantly to ensure I'd not hear any of the tour guide explanations.
We decided to get off the bus and go for a walk along the beach and hurray...we got some blue sky!!  And it was HOT HOT HOT.  Humid and hot, so despite the lack of rain we were soaking wet anyway. And we were not dressed unfortunately for a refreshing jump into the sea. 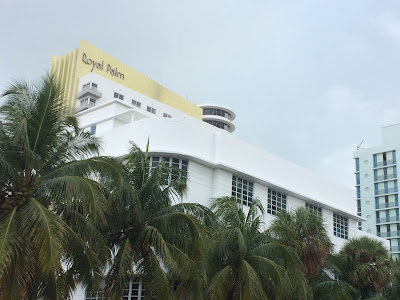 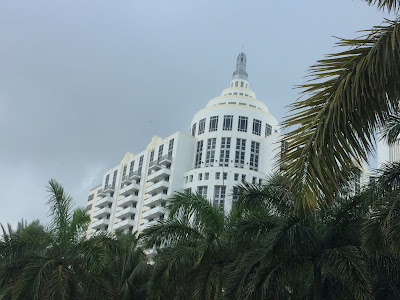 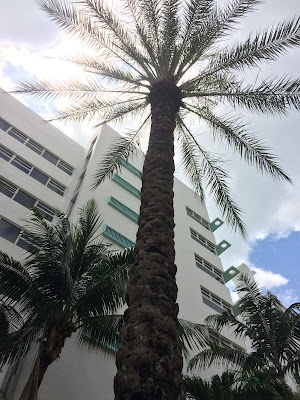 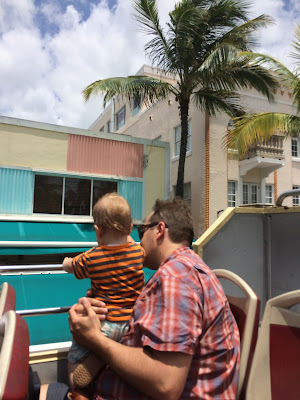 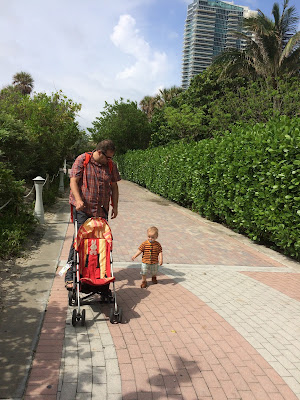 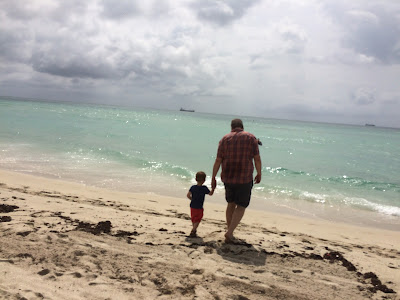 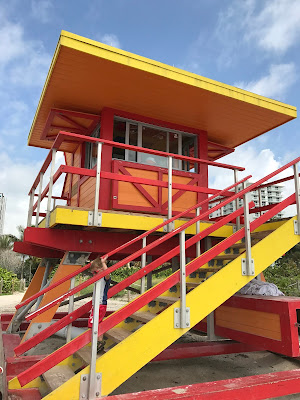 After some much needed refreshing drinks, we returned downtown on the bus tour - even though I had the feeling I had not properly visited Miami Beach yet - and we had lunch in the harbour .
Then we hopped on the boat for some touring along the islands filled with millionaires villa's.  We gasped at the villa's of Gloria Estefan, the Beckhams, Puff Daddy, Al Capone, ... until a hail thunderstorm chased me and Beertje and a lot of other passengers downstairs amidst the damped windows while the most customer unfriendly tour guide mocked us through the microphone "it's just water people, welcome to Miami". That was after she had already given a lecture through the microphone for all to hear to Kabouter who wasn't sitting straight and still enough in his chair.  Grr Island Queen Cruises, maybe you should advertise you hate your customers, families in particular and prevent them from boarding? 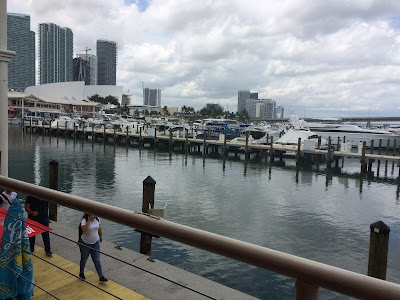 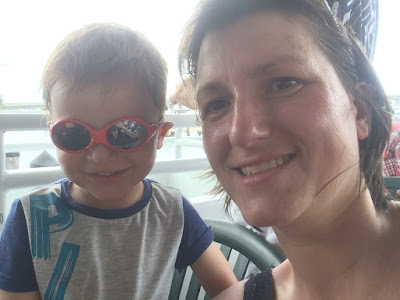 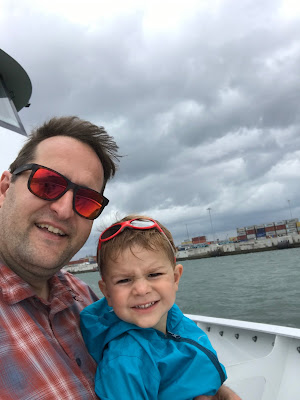 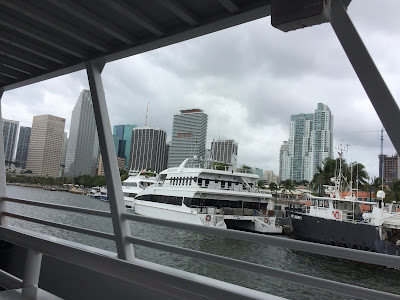 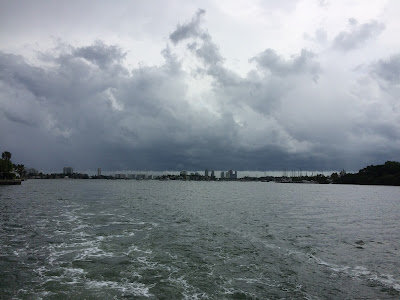 We ended the day with a walk along the waterfront parks until it started to rain again and we drove with some sleeping kids in the back at ease taking the long road through little Havana, Coconut Grove and some nice suburbs of Miami back to the hotel. This time we took the risk of walking to a nearby restaurant and we made it there and back dry :) 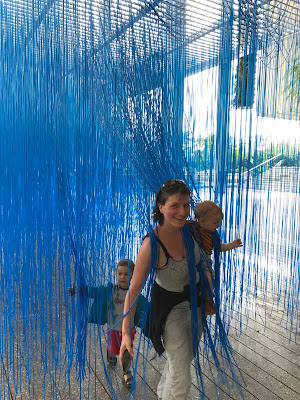 spoiler alert: there will also be a post on Miami in the sun
Email Post
Labels: US Vacation 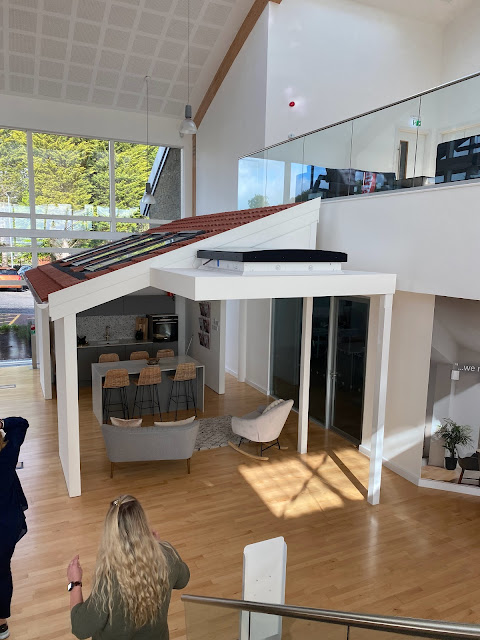 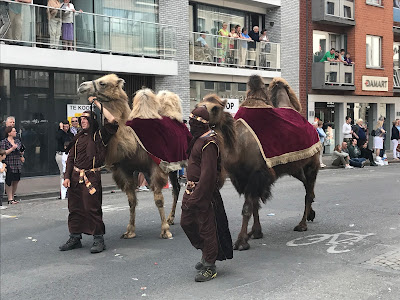 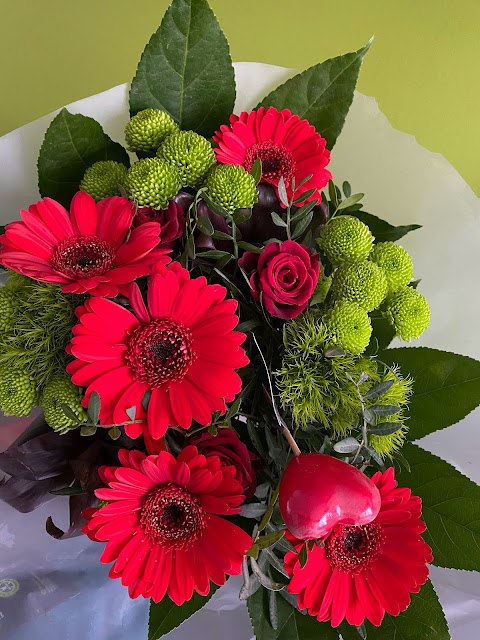 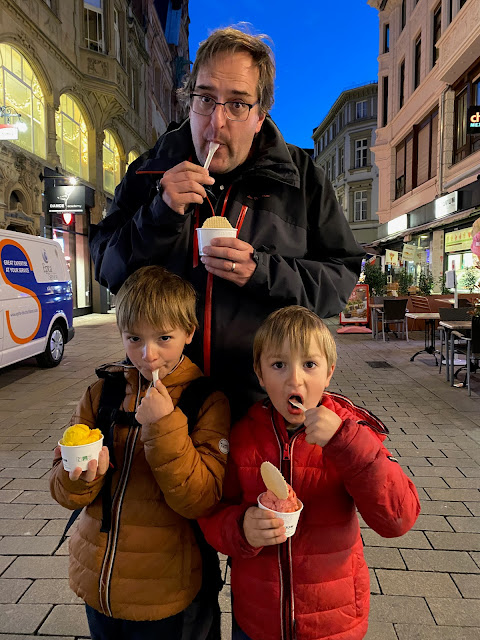