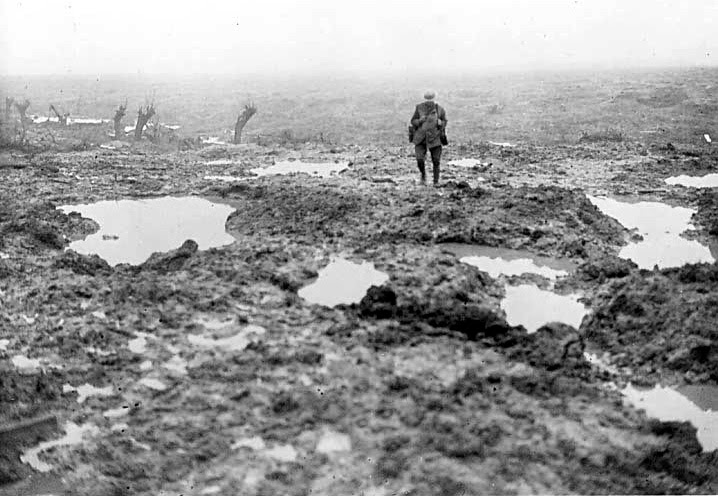 100 years ago a battle started in Flanders Fields that is now considered as an example of a pointless battle.   Pointless, costing almost half a million lives.

half
a
million
bodies
fallen in the mud

mud, the only thing that remained
except for the remainder of the WWI bombs still daily found in the ground in Flanders Fields, 100 years after.
I wonder how long we'll find bombs, grenades and bodies in the sand in Libanon, Iraq, Syria, Somalia, Sudan, ...


We will never forget. Since 1928, each night at 8PM the Last Post is played in remembrance at the Menen Gate in Ypres.