I have a confession to make. I belief it's been over 10 years that I want to a movie theatre. It's been ages since I watched a full movie on tv. Somehow my attention span has been shortened too much to enjoy a full length movie and I find the movie theatre relatively expensive so I want to "save" my money to movies that require a big screen to enjoy the entire experience (eg nature scenes, special effects, music, ....).  But I slowly got so picky and got out of habit to go and see a movie since I was working.  Since I live in Leuven I haven't been to a movie theatre anymore.

Since our visit to the Disney's Hollywood Studio's in Orlando however, where we got to see the preview of Cars3 movie, I felt like going to see this film together with Kabouter. Like many toddlers, he's a huge Cars fan, collecting little red racing cars and riding it everywhere.  He consistently refers to Big Ben as the Cars Tower etc.  It seemed like fun to share his first movie theatre experience with him and to do that with this movie.

The problem with children's movies is that they are scheduled in the middle of the afternoon. So we could only go and see it on one of our weekend afternoons, which basically screws most of your day's plans. But previous Saturday we had cancelled all our original plans due to fatigue. After texting with the parents of some of Kabouter's friends we had an appointment with 3 moms/dads and 3 toddlers to go and see Cars3. I appointed Jan as the volunteer to stay home with Beertje and off we went.

Kabouter didn't really know what to expect. He was alternately excited (incl loud yelling "hey that's Lightning Mc Queen" when the movie started etc, impressed , a bit scared, a bit sad that his dad wasn't there as well, bored and super enthusiastic again).

The movie is quite fun - and for an adult it's even more fun to listen to the puns in the dialects and the "recognise the celebrity behind the voice" game. But there's quite a long part about the mentoring with flashbacks that was totally lost to the little ones. In fact some of them were running around through the room for the last half hour. The mental journey of both Lightning Mc Queen and Cruz lacked action for the toddlers but all seemed to be forgiven when the final race was on screen.   When victory happened, Kabouter exclaimed out loud "I want Cruz, I don't have a Cruz toy yet!" And he wanted to go to the movies again the next day, so it seems like it was a successful activity after all. 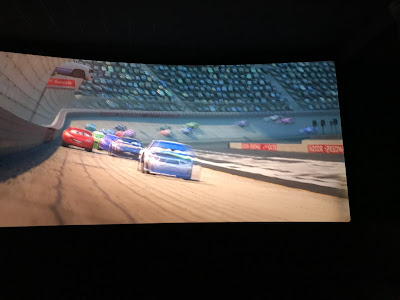 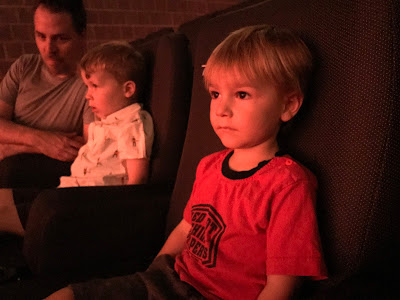 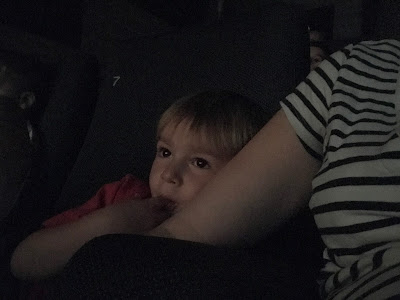 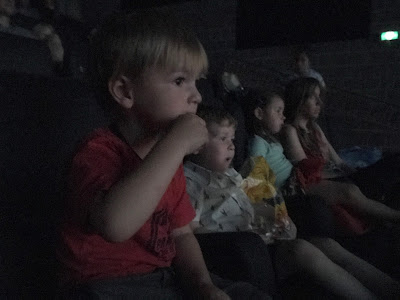 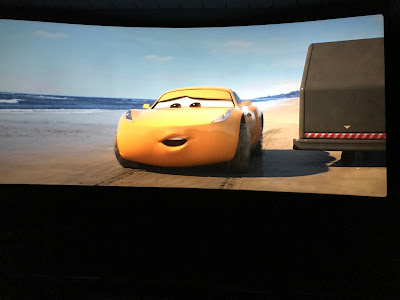