Previous weekend was a weekend that had been counted down to.  It had cost us a few mild tantrums in the previous weeks because it didn't arrive quickly enough but finally it was there: the weekend we'd celebrate Kabouter's birthday.  It's the first year he was so consciously looking forward to the event for 2 reasons: he'd get presents and his friends would come for a party.


Once the calendar was marked Saturday, he could not wait anymore for a first present, even though we were still in pyjama's. 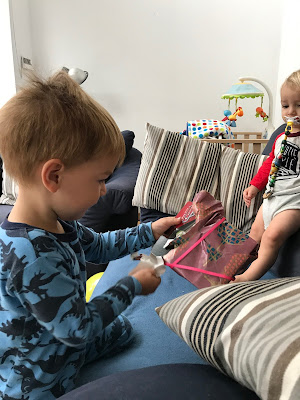 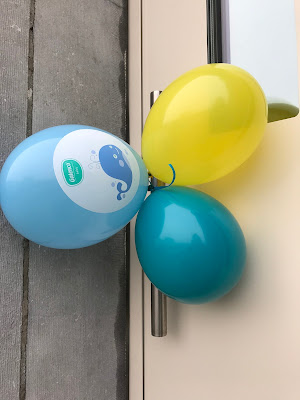 In the previous week I had stressed a lot about having to organise this weekend full of activities while I had to take care of the children by myself since Jan was in the US. But I had ordered some catering and managed to get the presents and to clean-up the house to a minimum previous week. While I was picking up all the food in the early morning, Jan set the table.  Since we were ready in time - much to my surprise - we could go once more to the city center for some shopping and for a pancake before all our guests would arrive. Woohoo we rock. 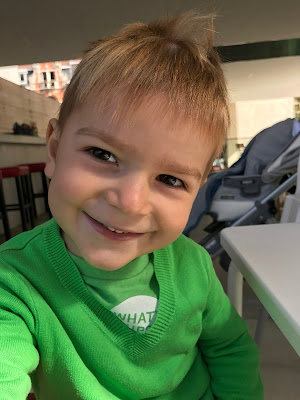 And then it was party time and I don't think there was a lack of presents. 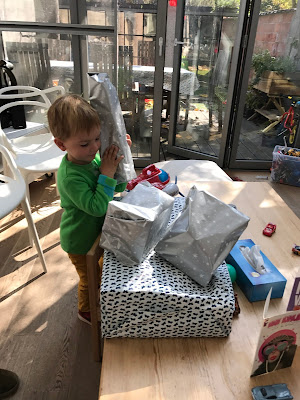 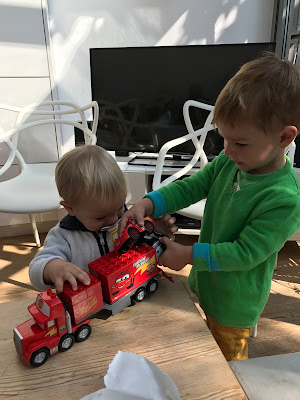 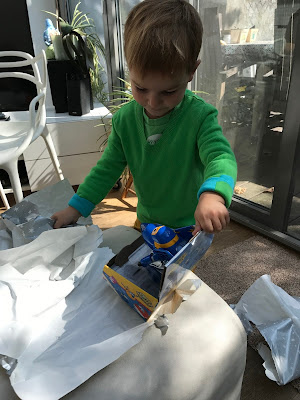 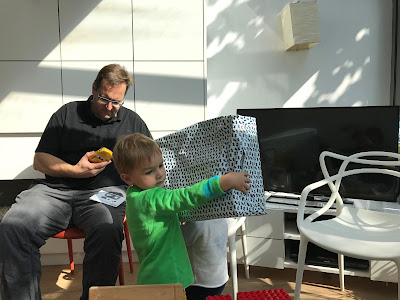 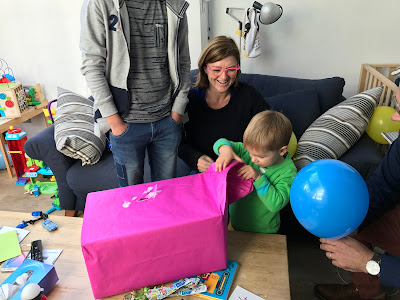 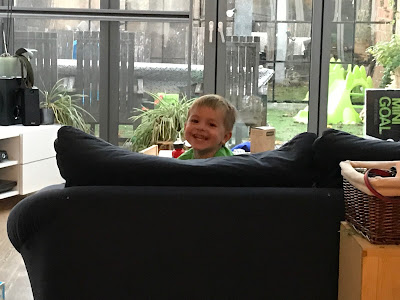 And there was lots of fun company of people coming by during the day. 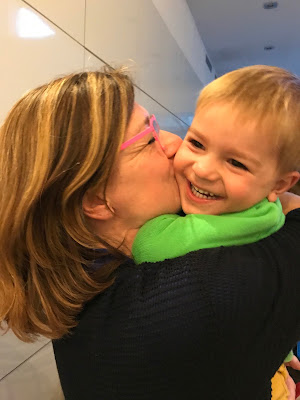 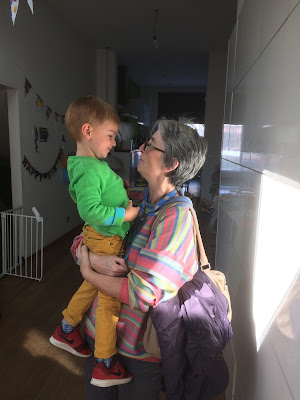 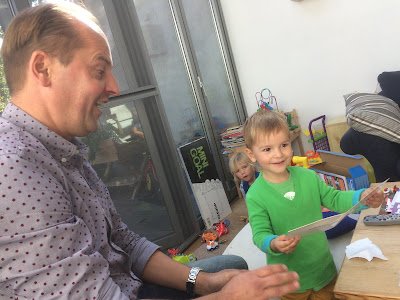 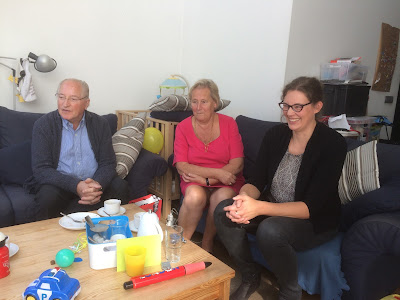 And we had a ridiculous amount of food. 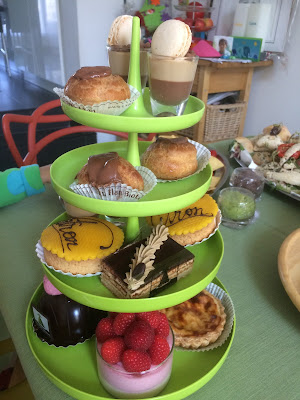 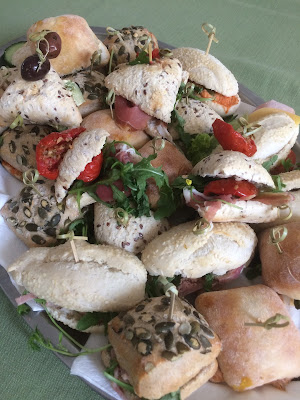 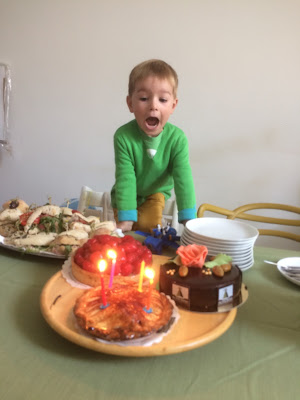 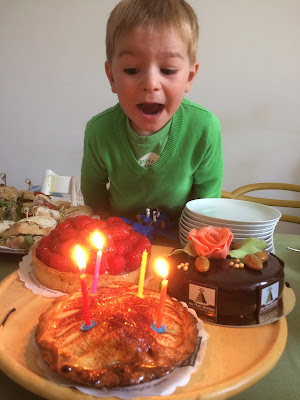