It's not a good newspaper

"I want to do some cutting" he announced out of the blue when we came home from school.
While I was still unloading backpacks and coats, he was dragging the crafts curver box that is usually ignored, across the room.  "Hey, what are you doing? " I asked a bit annoyed.  "I'm getting my scissors" he answered with a determined face.   "I want to do some cutting" he repeated in a tone that made clear he already told me before.

A bit surprised I gave him an old newspaper and observed.

And he started over with the next one, but drew the same conclusion after 5 minutes. We don't have good newspapers. 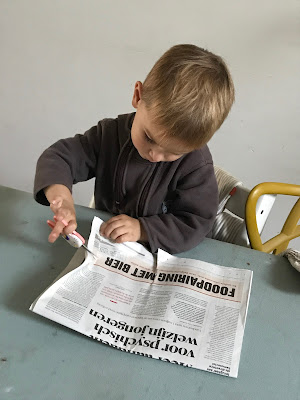 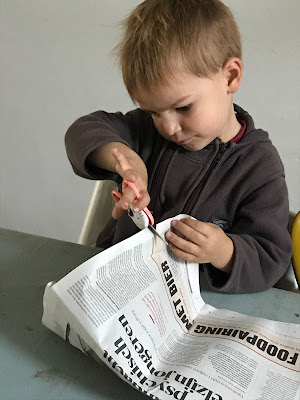 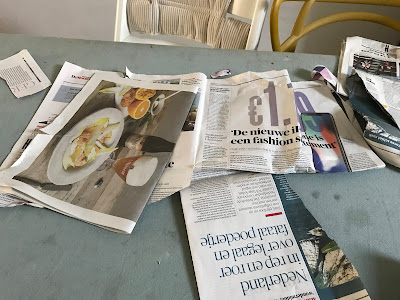