Sledging near the RaveL in Outrewarche 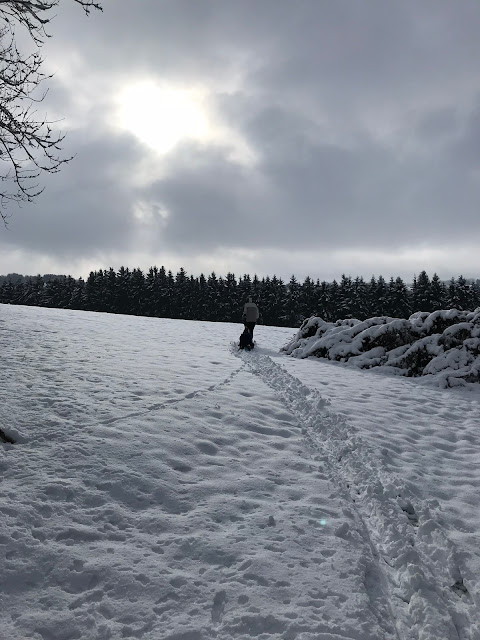 Previous weekend we were actually supposed to be in Amsterdam.  But it had been storming and the predictions were more rain in the weekend, whereas that would be snow on the heights of the Ardennes.  And so we changed our minds.

I thought about how glad I was about our change of plans multiple times when we went sledging with the children.

At first we were a bit surprised that the roads were better cleared than anticipated and we were forced to walk through the village. Beertje was not amused and made that very clear.

But outside the village, we could pull out the sledges much to the joy of both toddlers.  Close-by the RaveL we stopped and goofed around for a while. Both boys wanted on the same sledge or switch  places or pull us in vain.  For Beertje it was a little too hard to walk in the 25 cms of snow.

We sledged in a virgin field and observed the cross-country skiers a bit further in the opened track. 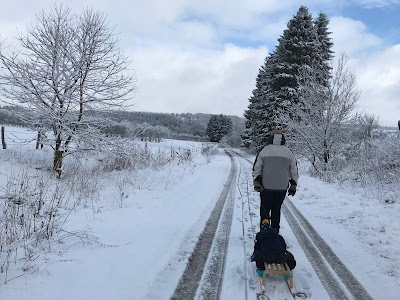 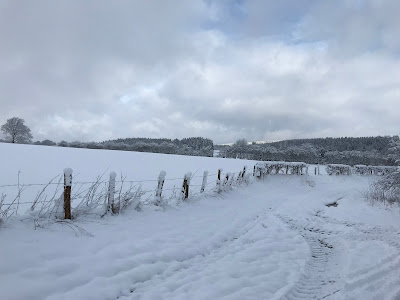 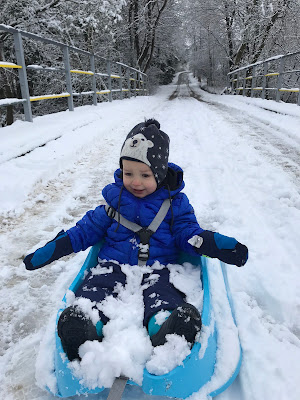 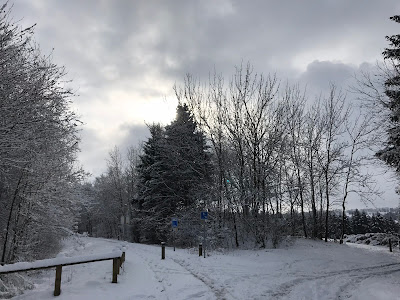 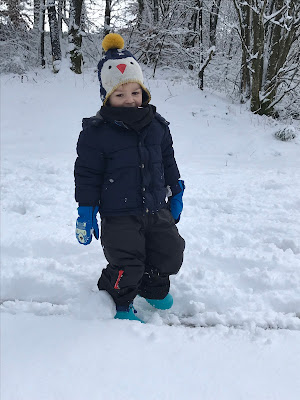 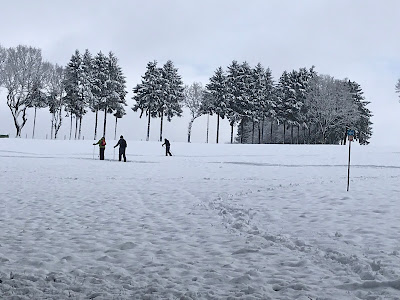 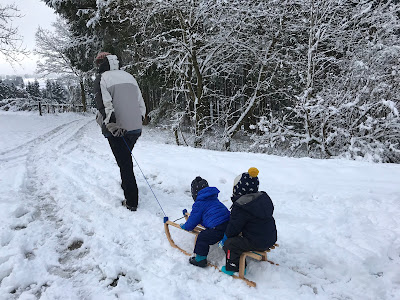 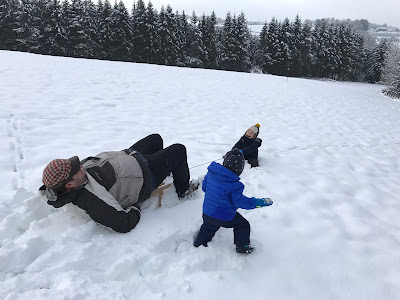 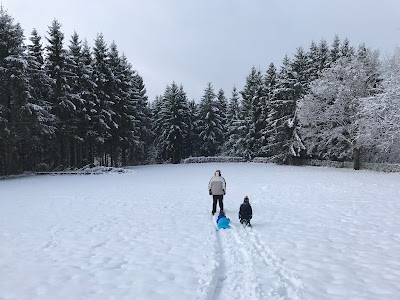 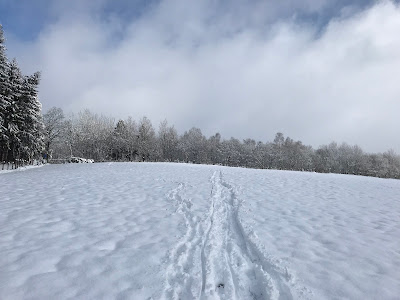 It was a great weekend to be out in the eastern heights of Belgium.