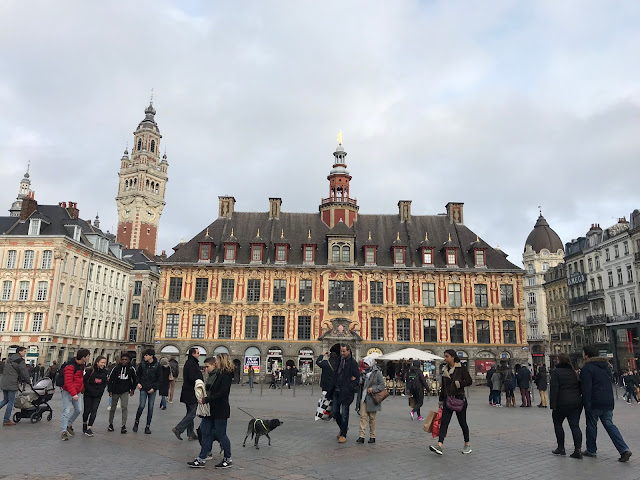 On Saturday we fought the freezing cold air to follow 2 city walks through the city center and the old town quarters, during our girls's weekend in Lille.

"So what do we plan to do? " we had asked ourselves a few times beforehand.  "Mrs tourguide, what are your plans?" they had asked me.  "I don't know, we'll walk to the tourist office on the Grand Place and we'll then take their advice". It sounded like a joke but to me it was a good approach. In the end the tourist office turns out to be on the nearby Place Rihour across from the Rihour Palace. We walked out with a 4€ booklet containing 5 guided walks trough the different quarters.


First we explored the city center with the Grand Place (Place du Général De Gaule officially) and its old stock exchange  and the square with the Opéra and Chambre de Commerce with its belfry tower and big Parisian alley towards the train station. The latter alley felt "Parisian" to me in a more classic style of architecture whereas most of the city center has 17th and 18th century architecture which could have been found in any Flemish historian city. Lille Centre and Vieux Lille were city quarters rooted strongly in its Flemish ancestry.  Contrary to the rest of France where Heineken is the main beer brand and Kronenbourgh n°2, I only noticed Belgian beer brands, many local ones from the neighbouring provinces Hainaut and West-Flanders. 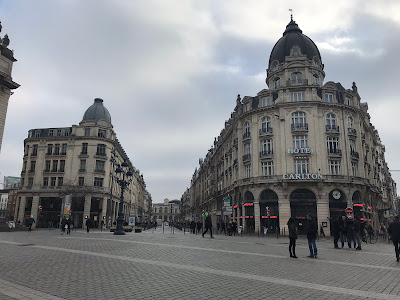 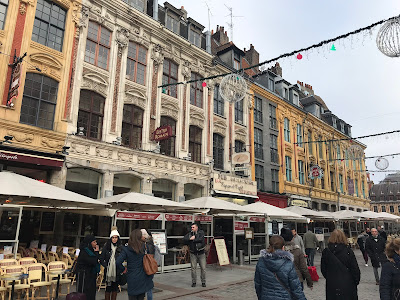 We enjoyed strolling across the little streets of the old town that are currently filled with lovely fashion boutiques although we found some gorgeous more quiet streets with colourfull facades. 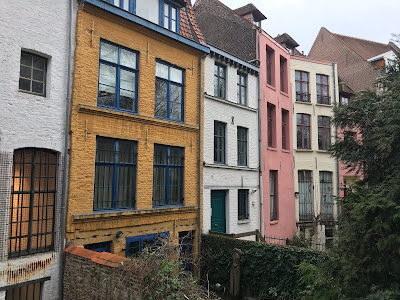 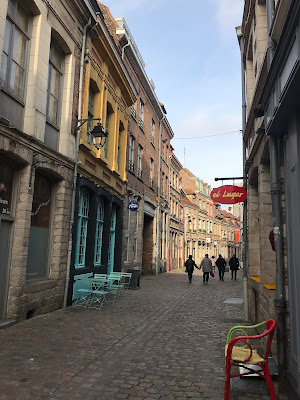 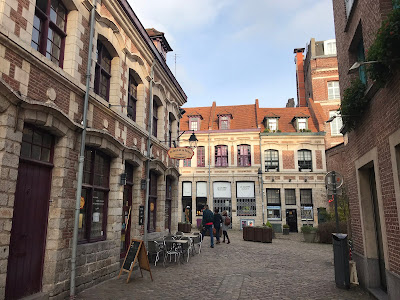 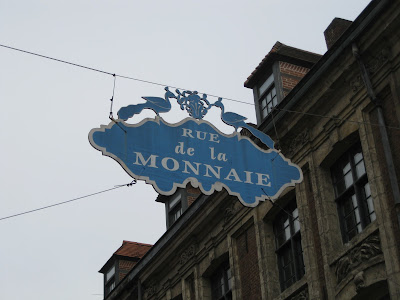 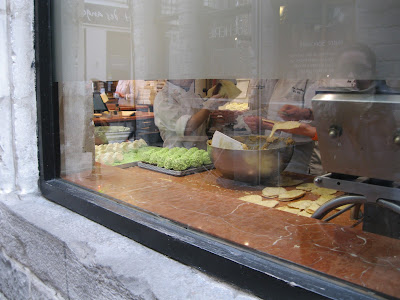 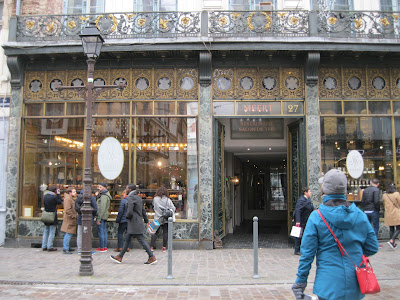 We visited the recent cathedral and enjoyed some quiet time inside, shielded from the icy wind so we took our time to explore the history of this cathedral that has been built after several architectural contests "in the spirit of the great gothic cathedrals". But in fact the west wing of this church is only finished in 1947 so the cathedral combines a mix of neo-gothic and modern art.  I was a bit surprised that building this type of cathedral was still undertaken in the end of the 19th century. 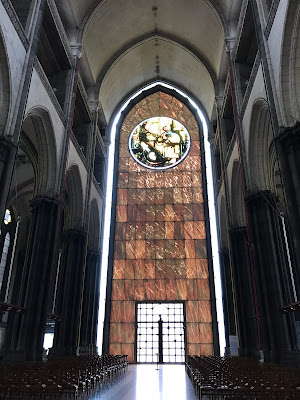 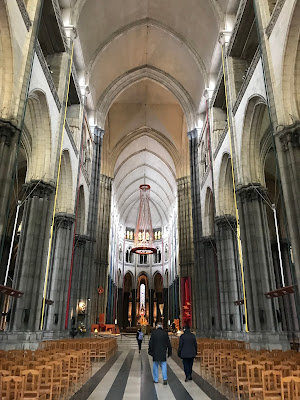 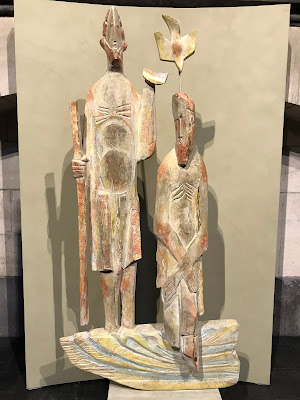 It was also a walk in the theme of strong women, such as the deesse that protected Lille against the Austrian siege, the 3 Graces (representing 3 former provinces Hainault, Artois and Flanders). We saw the famous mother rocking her baby , singing the local hymne lulleby "Le P'tit Quinquin".  And of course we were rocking on our girl's weekend too :) 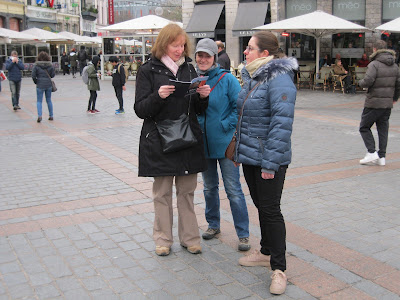 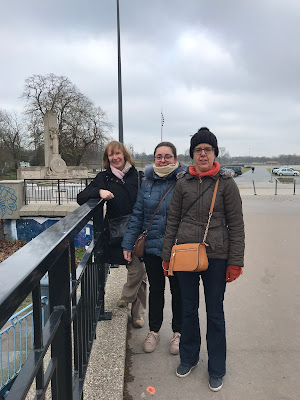