Someone learnt how to ride a bike!

Since Kabouter is riding his walking bike like a champion for a very long time now with a lot of balance where he often lifts his feet up in the air, we assumed he'd be able to ride a bike very quickly.  We already have multiple bikes inherited from friends but all of them are too big and heavy for his size so all this attempts failed while his school mates were already riding a bike.

So Jan went to a bike store to search a bike that would work for his smaller size.  They recommended us not to put supporting wheels on - which confirmed my opinion - but to train 2 or 3 days.

The first attempt after the store didn't work but today we'd go and practise.  At the sidewalk he couldn't get started and sulked.  By the time I arrived one traffic light later with Beertje in the park...this is what I saw.  Kabouter was riding his bike.  He had the total balance skills to do this as I expected.

And I had tears in my eyes. Your child that rides a bike for the first time...that's quite something to watch. 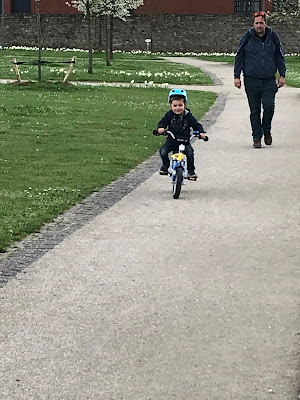 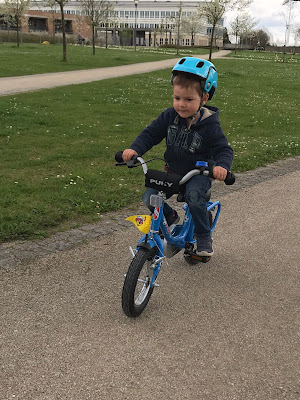 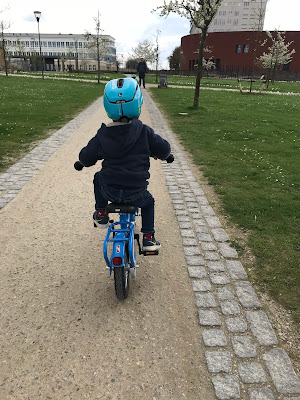 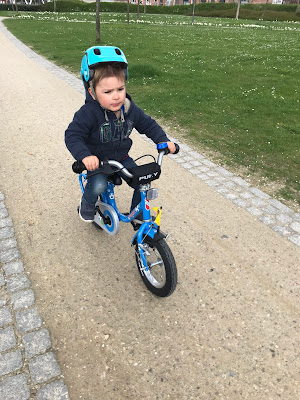 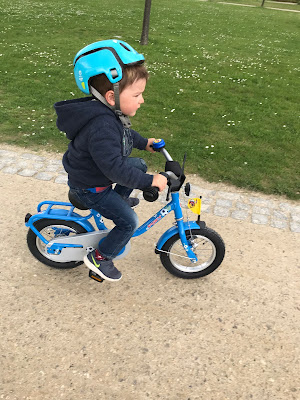 Starting is still hard to get going with enough strength and that struggle seems to discourage him. He doesn't realise how insanely quickly he learned already.