In 10 days Beertje will start school and so far he's not potty trained yet.   We have been training for months now but with zero success.  He started to go on a potty every day in daycare and at home since his 2nd birthday.  We practiced just casually at first, applauding if he'd sit down for a moment. Later on he got stickers when he (by coincidence) succeeded in peeing in his potty.

But most of the time he just sits there, reading books, playing with an iPad or nothing and nothing happens. Lately he seemed to consider his potty more as a little stool on which he could go and sit to read or watch little films. He sometimes sits there until his bottom is red...but nothing happens.

It's been a hot summer so we took the opportunity to have him run around butt naked for days with the obvious accidents that happen. He has worn underwear under his diapers to create more awareness of the wet feeling. The 2 children in daycare of his exact age have been without diapers for over a month now...but none of that has influenced him.

I genuinely believe he has no bladder control yet and therefore all effort is in vain. After all in Belgium we train our children really young because we send them to school really young. Biologically a better age is between 3 - 4 years old.  Previous weekend he started to be quite negative when we asked him to try to go on the potty so I've decided to give him a little break this week.  Quite risky with only 10 more days to go but we can't force anything right? So maybe I can reduce stress a little by not talking about potty for a few days.

But compared to his older brother, he's still on track. Kabouter made the click in his brain 5 days before the start of school. Hey, let's be optimistic, we still have a couple of days.

I'm trying to remember what it was like when Kabouter was getting potty trained. As stated, he was quite "late" as well. I remember 6 weeks before school we also had to give him a break when we noticed he started to panic even when he was peeing in his diaper.  He knew he was expected to do something differently but didn't manage to do so.  I was highly pregnant and with all the changes that were bound to happen in our family, we gave him a break of multiple weeks that we stopped talking about potty.  And slowly we encouraged him to try again. Much to my surprise, it worked just 10 days after Beertje's birth...a moment I didn't expect it at all.  Once they understand the bladder control, things go quick (with the obvious accidents that remain in the first months afterwards).

When I talk to people about Beertje's failing (until now) potty training, I always get the question whether he must be trained before starting school. Our government currently doesn't allow schools to refuse children if they are not potty trained.  The teacher for the little ones is a very patient sweetheart who will be nice to us and to him. Yet I pity her so much if I have to deliver him like that in her class full of young starters. I really would want to send a potty trained child to school in 10 days.  On the other hand, he can't stay longer in daycare because his place is taken by a new baby starting.  And you can see in his age that he's ready to leave the daycare and move on.  So he'll go to school, that's for sure....with or without diaper, that's the question. 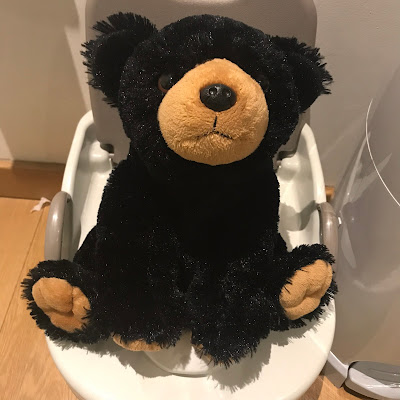 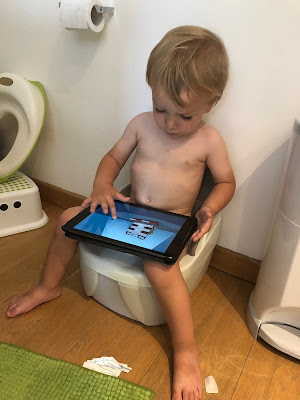