Nearby the children's school and nearby the historic Abbey, there is a construction site. It has not been progressing for a long time but at the start of this year, new activity got deployed.  We noticed some digging and little wall structures, little floors appearing, etc.   Archeologists were aligned on a long line with their material in the cold and snow.

And we walked by and guessed

We guessed what had been there in the past:
- a farm house linked to the Abbey
- a inn along the exit road of the city
- ...

A week ago Kabouter and his class went to visit the archiologist (or the archrigloog as he claims). I was so excited for them and jealous that I couldn't join.  My urge to listen well and tell me all about the past of the spot we walked by each day, didn't work out. He forgot most of the story.  All I learned is that they found a skeleton (but that didn't seem to impress him) , old money, the door of an oven and a scythe handle.

Fortunately the site caught the attention first of the local news and later of the national newspapers: it's an entire little hamlet of 700 years ago in old documents referred to as "finch bush".  Very approapriate with the bird streetart on the railroad bridge next to it.  It's quite unusuall to find a midieval settlement so close, yet outside the city walls.

It's all exciting and a bit of a pity that the works are now getting wrapped up and the actuall planned constructions will start. 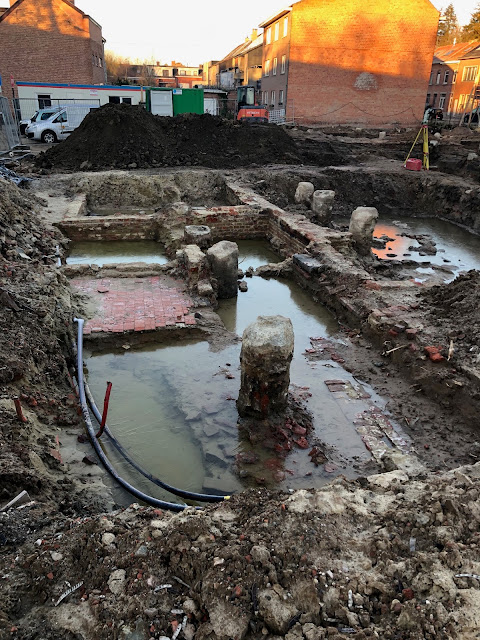 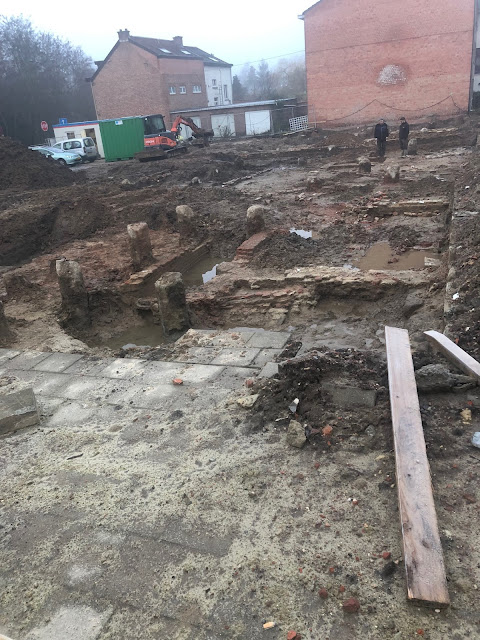 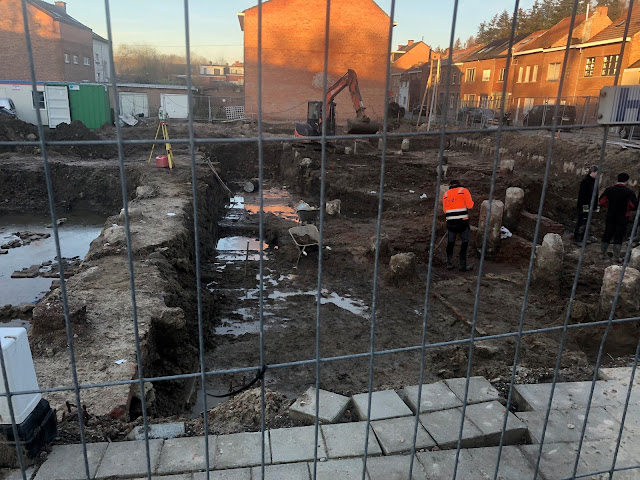 In the mean time the children in Kabouter's class can practise their archeological skills in their sandbox :). 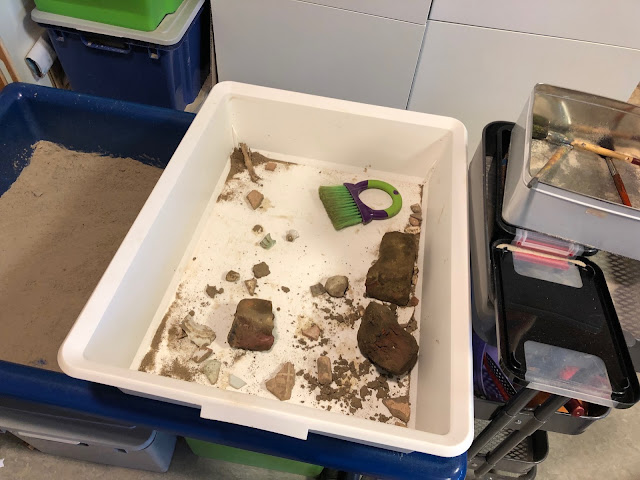 But then again they do other cool stuff as well like building exploding vulcano's with lava foaming out. 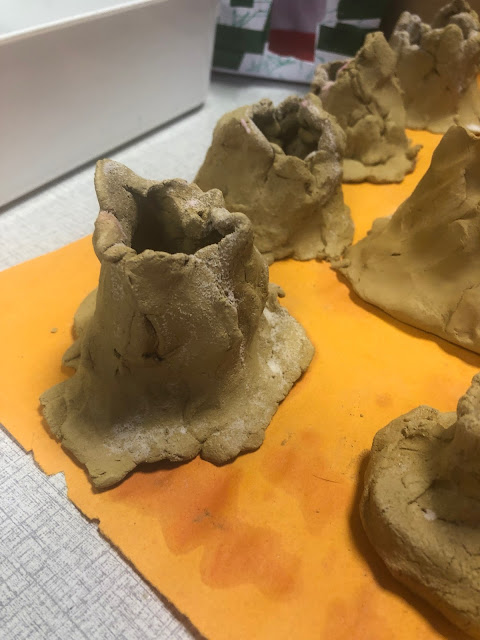