October 2018:  Beertje got his 4 last teeth and I was so relieved when that was over and he'd not wake us up anymore and he'd not suffer from it anymore.  I joked that we were finally done, unless Kabouter started teething again.

But it was a joke as I didn't expect that to happen for at least another year.  Children have a gap in their grin at their first communion pictures according to the traditional timing

January 2019: Kabouter complains that his tooth hurt during brushing. Since he's never mentioned it before and since he dares to complain regularly about something: his stomac, being tired, ... I don't pay a lot of attention to it.
Some days later I ask whether that tooth still hurts "yes always" he confirms.  That's weird since he never mentions it at other moments. I urge him to brush better and if it continues to hurt, he'll have to go to the dentist to check for a cavity.

February 19, 2019 : Kabouter asks me not to help him brush his teeth. I am suspicious and ask again whether that tooth still hurts. "Yes".  A red light goes off in my head that now it is time to book a dentist appointment.  I ask him to point me the right tooth and while he touches his tooth, he pushes it backwards. It wobbles !! And behind it I see clearly that another tooth broke through already (hmm not perfectly aligned behind. I hope that's going to be ok).

Kabouter responded in a mixture of pride, excitement and panic.  Whoaaa, really?? A big smile!  And then "Is it going to hurt? "  "What is going to happen if it breaks off?" "What do I have to do now?"  "Mommy it's already wobbling more now!! It hurts".

So we are both entering a new adventure now and I suppose by the time Kabouter is done, Beertje will start again.  I guess in 5 years from now we'll be done ;) 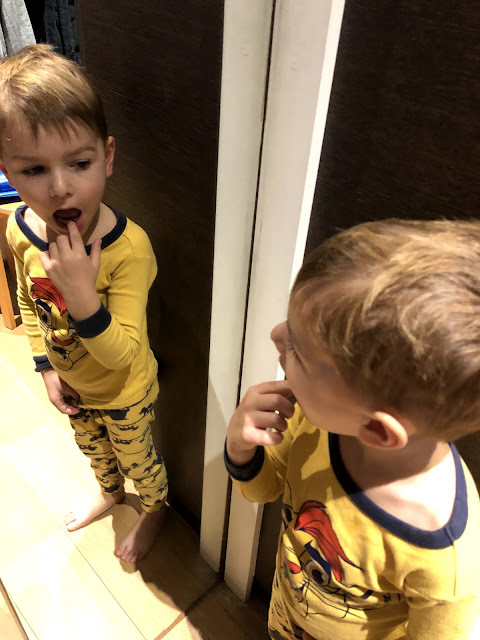 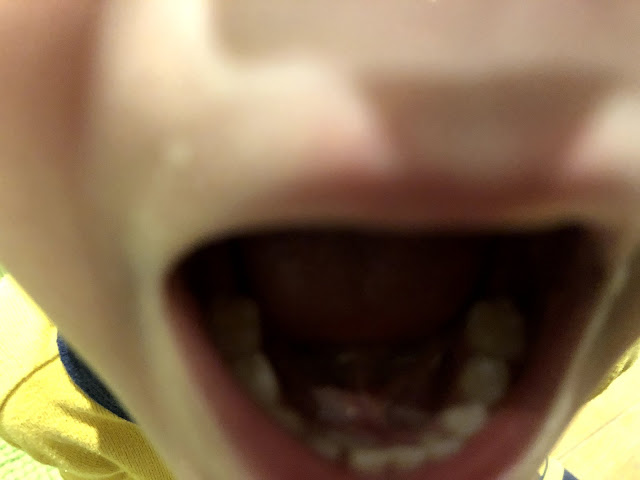 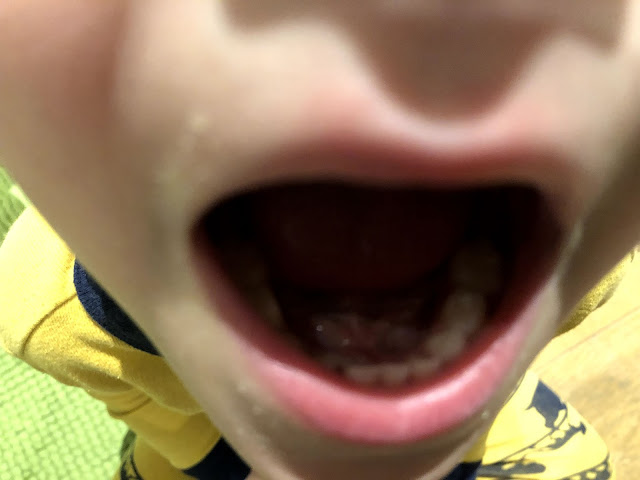