The Japanse garden at Hasselt 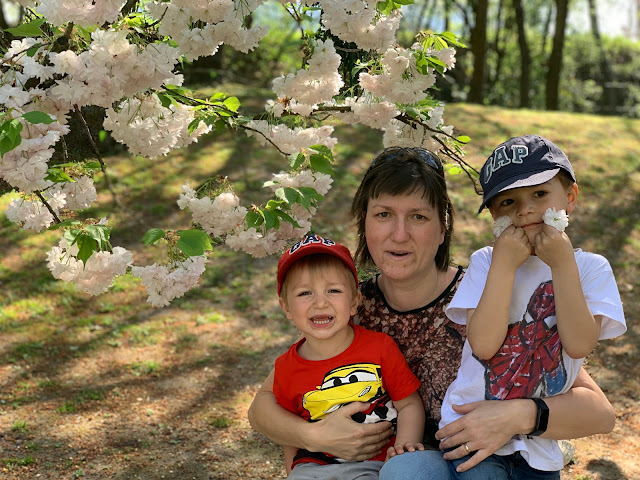 On Saturday morning we walked from the Hasselt city center to the Japanese Garden.  The garden is 2,5 ha large and as such the biggest Japanese garden in Europe.  As we had seen elsewhere that the blossoms where out, this weekend was the most perfect occasion to go and visit the picturesque garden with its cherry tree in blossom right now.

After a walk of a bit more than a km, we arrived at the entrance a little for 10 AM. We were not truly prepared as we had not realised the garden had opening hours neither did we know there was an entrance to pay.  Discovering the delicate and authentic garden afterwards, it only makes sense for it to be protected and a 6 euro entrance fee for adults.

Thanks to the children's early waking hours and despite a slow breakfast, we were 10 minutes early before opening.  There were already 3 people waiting at the door (a couple and a photographer with a lot of material) but by the time the park opened there were a few dozen.  Clearly several families that intended to take children's communion pictures in front of the blossoms but also a bride.   Brides in dress or people in traditional Japanese gowns get in for free, by the way.

The children had managed to wiggle themselves in front against the opening gate, so we were the first ones to be able to walk into the garden full of tranquility. Behind us the trails quickly filled with posing families and photographers but at that hour a day, it all was still reasonable.

In the first part of the garden, there's a water part with a symbolic waterfall and a traditional "Yatsuhashi" eight-plank zigzag bridge leading to a symbolic waterfall, which you can pass via a wet rock path. It made me a little nervous to let the children cross it on their own but it all went fine. 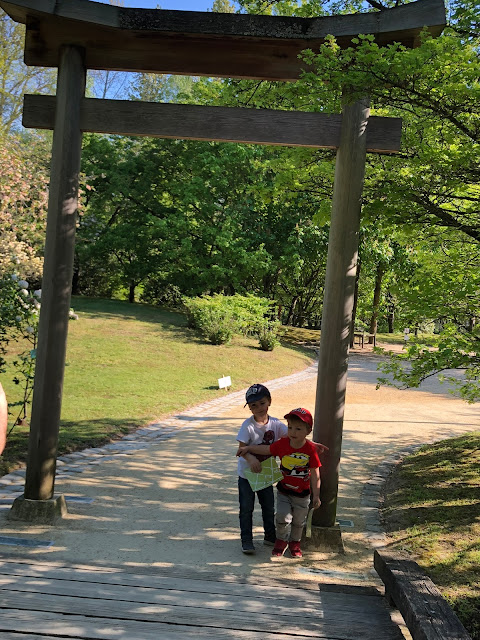 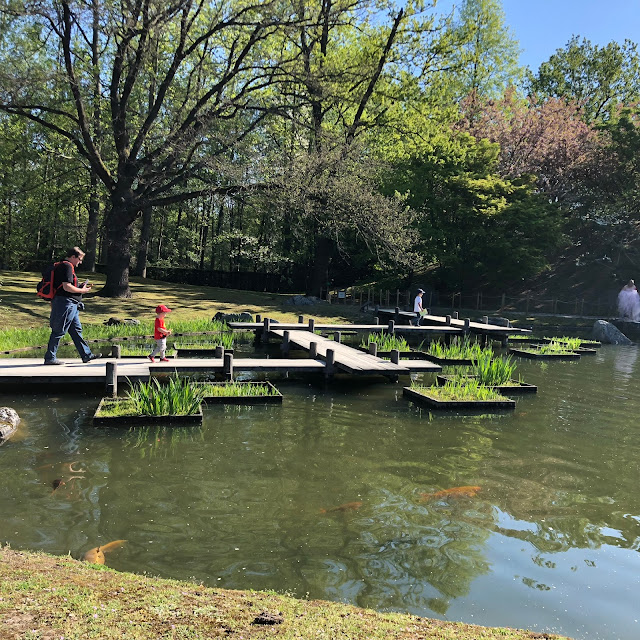 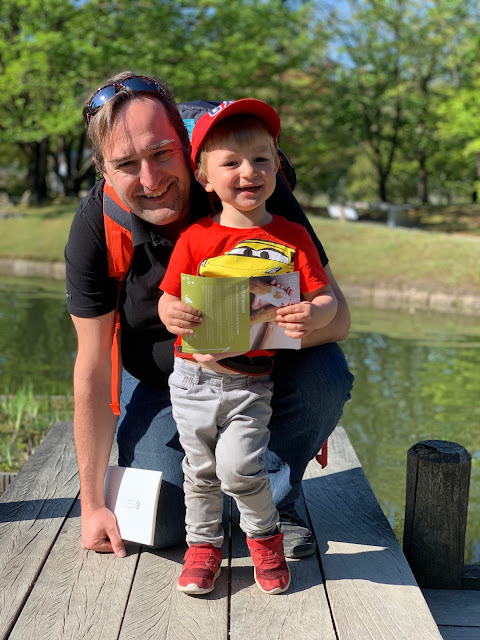 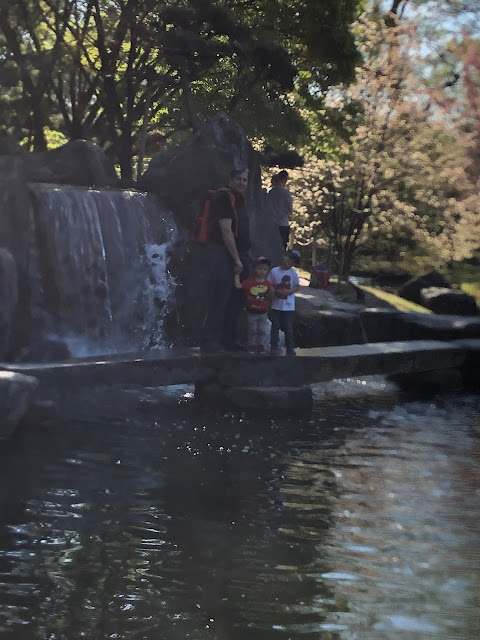 In the 2nd part of the garden, paths along blossoming trees and the water lead to the stone latern , a copy from a temple in Kyoto, with view at the ceremonial tea house across the water. 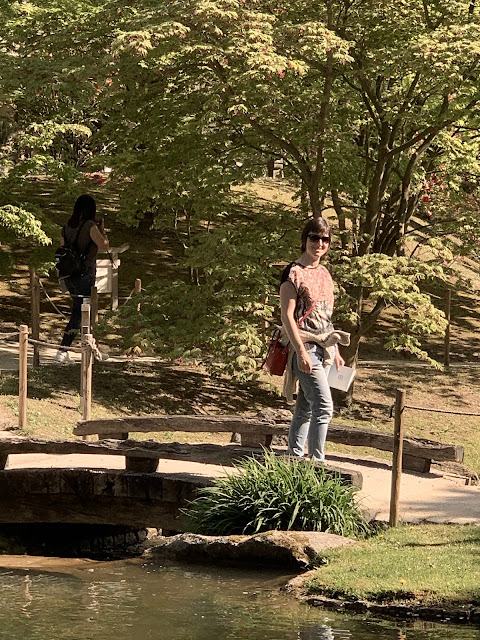 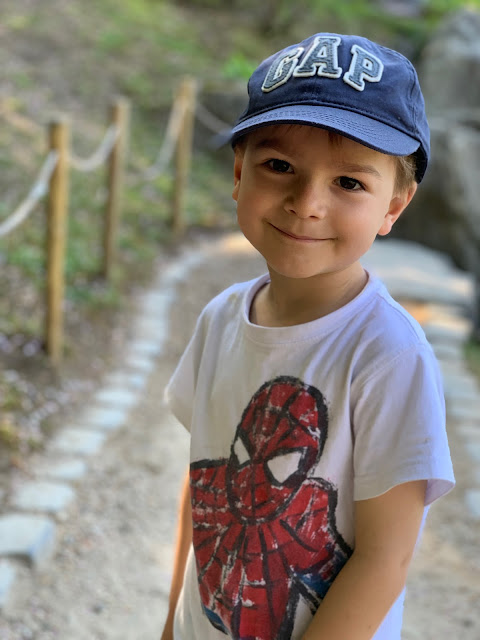 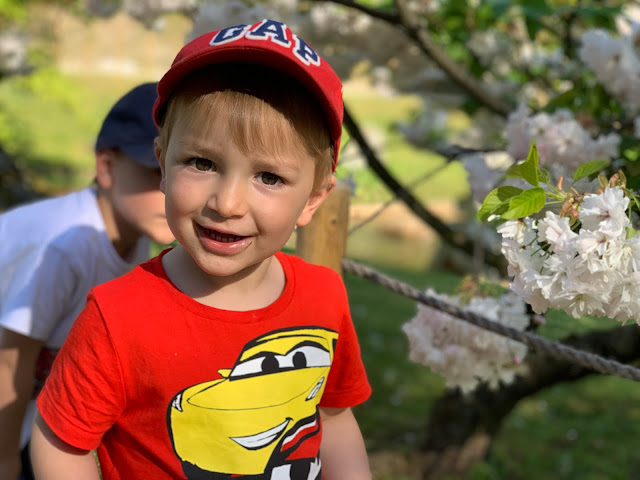 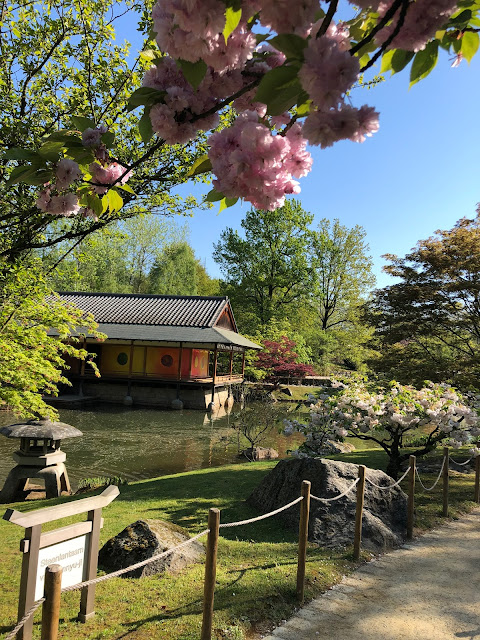 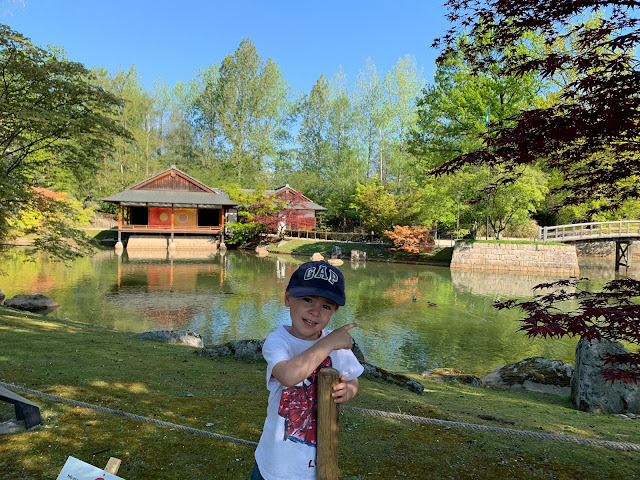 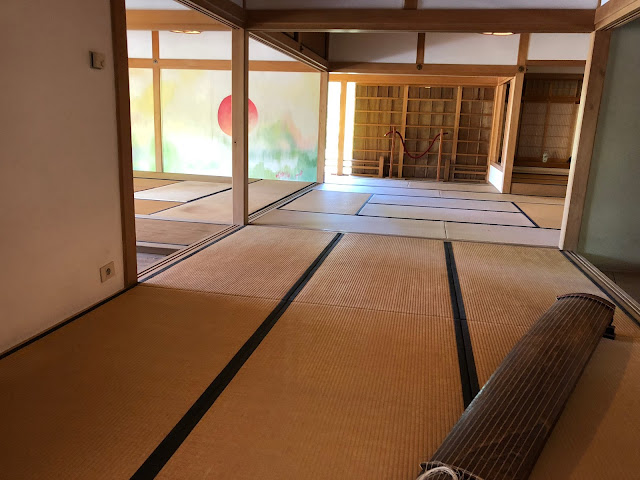 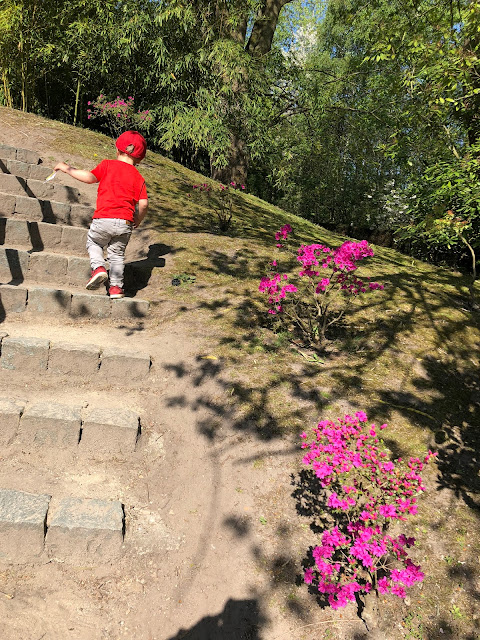 In the back of the garden has a pebble beach of the koi pond, bridges to cross it but also ceremonial gazebo's and a lot of cherry trees.  You can ring a ceremonial peace bell. 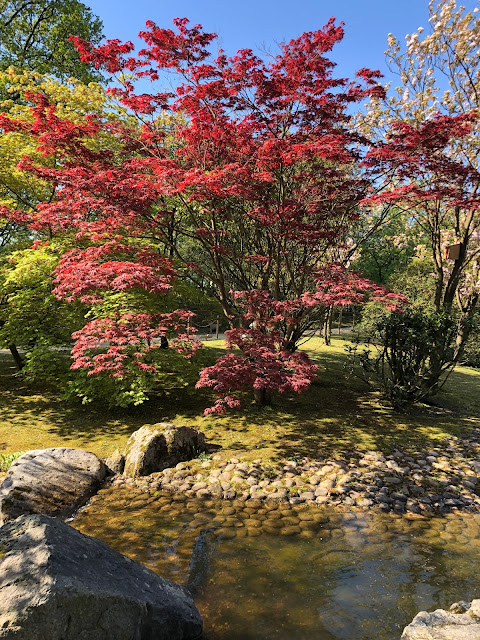 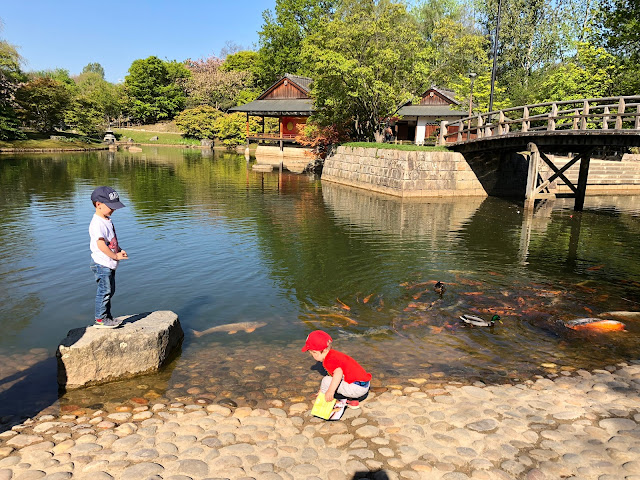 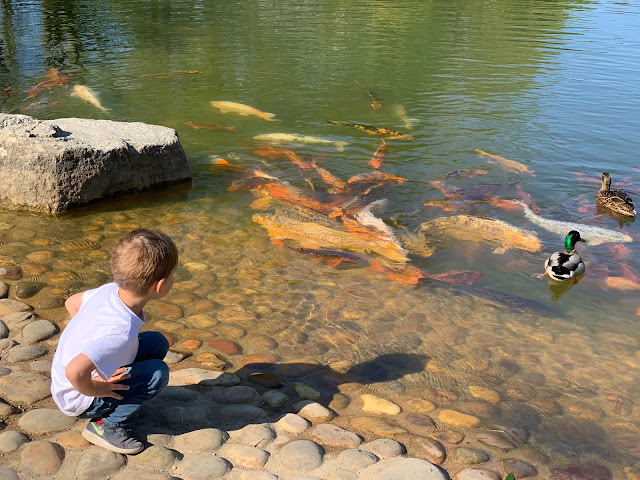 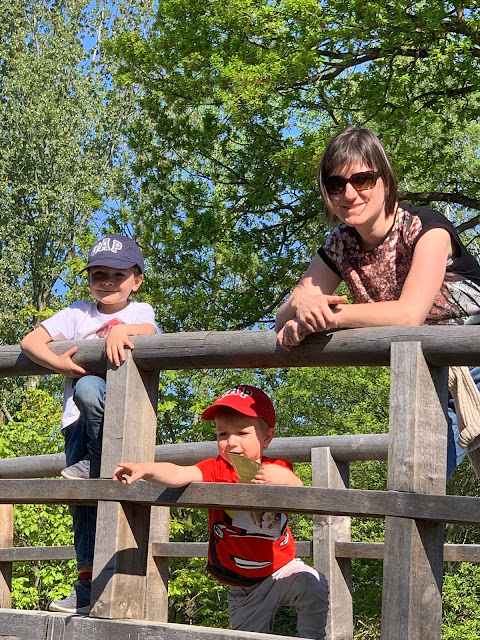 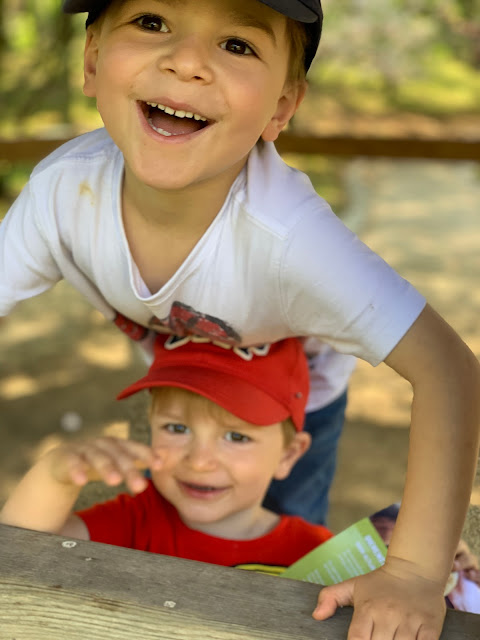 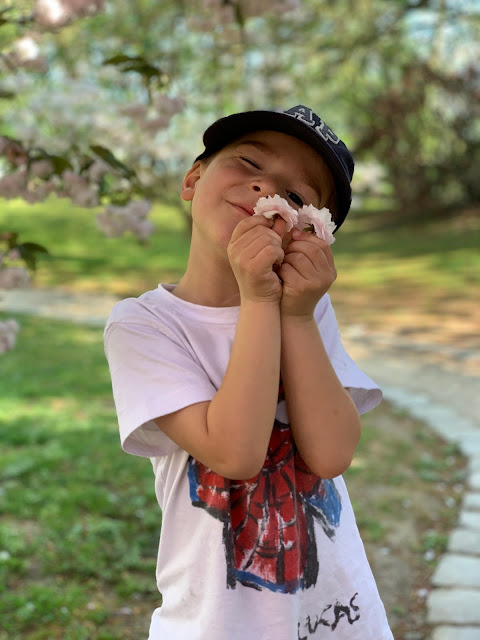 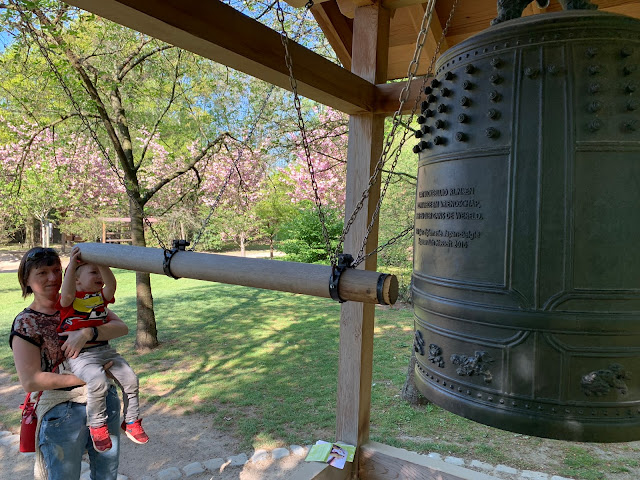 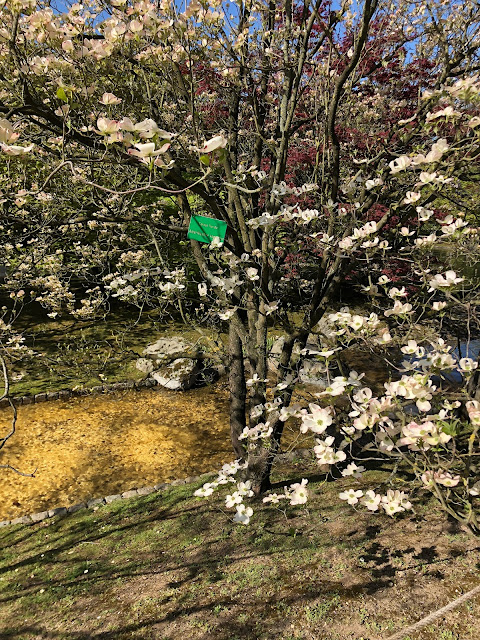 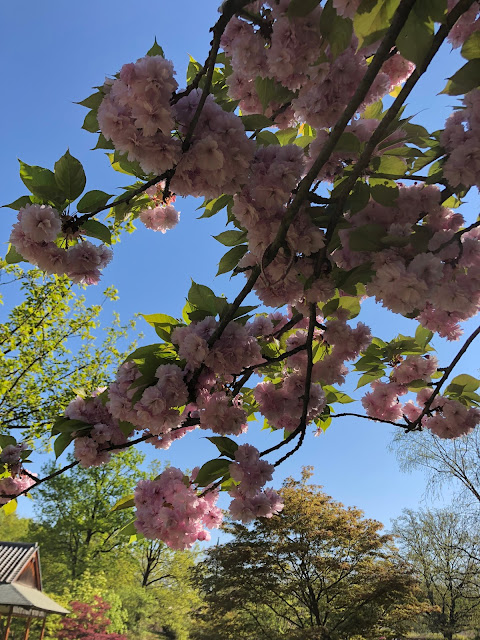 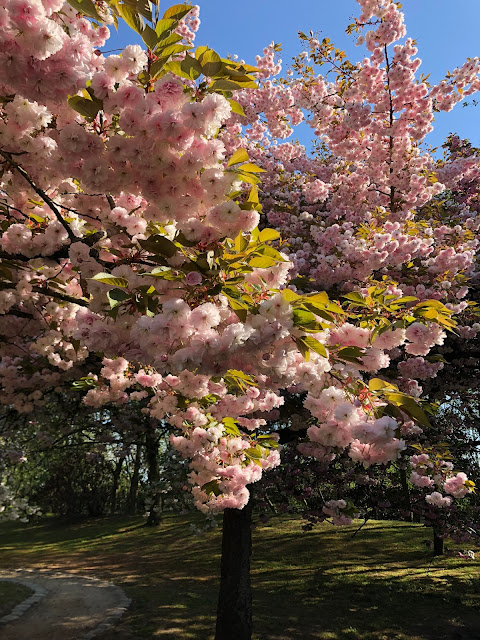 The garden isn't huge so we didn't spend too long either but it was a gorgeous serene place that was really worthwile visiting.  I do believe visiting it at opening time probably helps to beat the crowds in the season that all cherry trees are blossoming and all communion children need pictures taken ;).