Flea markets in May

By checking my phone pictures for yesterday's posts, I noticed I forgot to blog about visiting the flea markets.  In fact we visited a flea market in Leuven twice in the first half of May.

Abdij van Vlierbeek
On May 1st, a public holiday in Belgium, we went to the flea market nearby the Abdij van Vlierbeek. Not the Park Abbey where we spend so much time but one of the other 2 beautiful abbeys in Leuven.  I had anticipated a lot of people given the number of people claiming to attend on the FB event and indeed, the roads at more than a km away were all clogged and all parking space was taken.  Along all these roads big lines of people were walking to the flea market or back from it with their arms full of a stuff.

We managed to park on a field parking a bit further and we followed the line of people towards the abbey.

Wow the crowd was just huge and I was overwhelmed. This was too big to just stroll at ease and look and buy something. We walked all around while Kabouter was eager to search for some treasure. I vetood a few old big expensive boxes, some toys he already had and wanted to duplicate and then he started to stress because he really wanted to get something but couldn't decide/ find anything. We got so tired of it that we decided to leave empty handed....with a crying pre-schooler as result.  In the end we scored some playmobile on a driveway on our way to the car.  Beertje just observed without the need to get something. 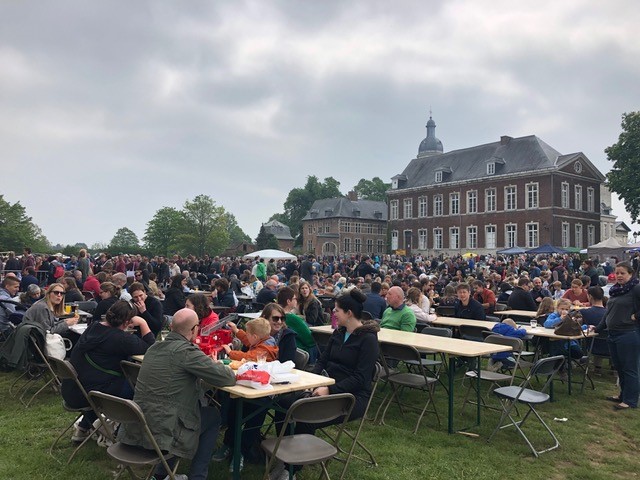 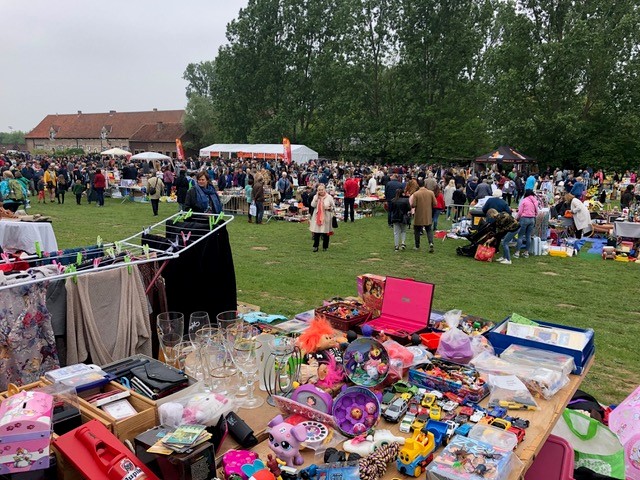 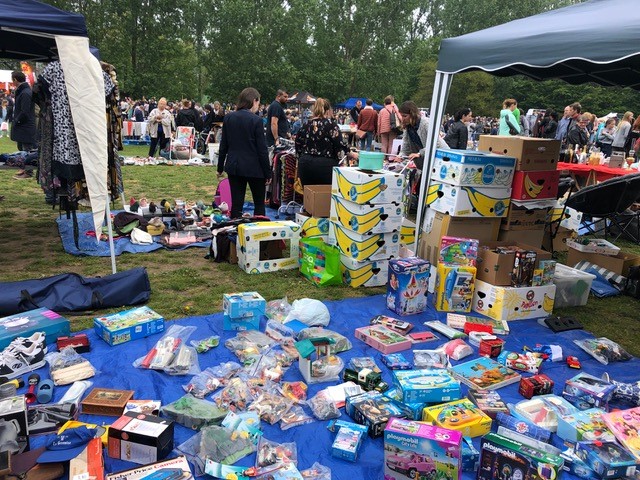 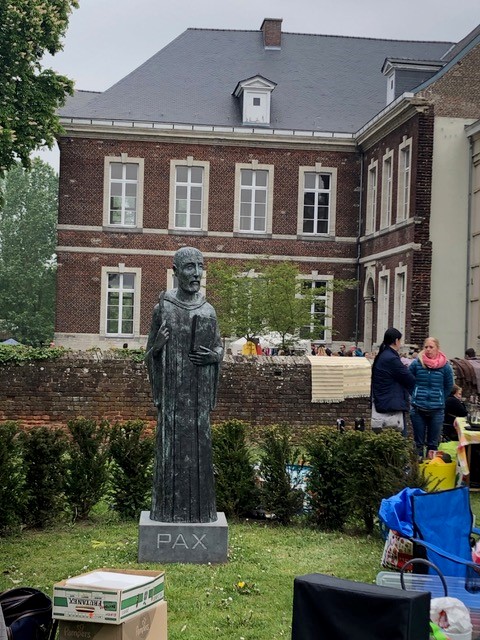 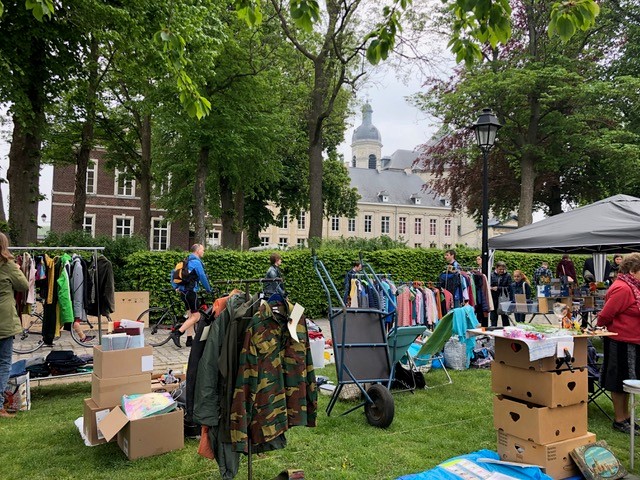 Mid May there was a flea market in a nearby neighbourhood where some of the children's classmates and teachers live.  It's run by the habitants of this neighbourhood and it's mainly neighbours visiting each other. We had been there before and knew it's very relax.

We ran into multiple neighbours and even a colleague and also the children found some school friends on our walk.

This time we had given each of the children a few euro's for them to spend as they wish...gone is gone.   Kabouter was hunting stuff right away and quickly made a purchase of a stuffed animal. WTF? But everything was so much cheaper than I anticipated that he managed to get a little book, a horrible toy xylophone (damn, we just got rid of the old one) and with a last 0,5 euro he got a pair of pinguin binoculars.   He had to get stuff and spend all his money.
Beertje wanted to get something but didn't dare to buy anything. In the end he came home with a little fox thermos and left-over money (and without stress about the latter).  He's much more like me: a non-shopper.  It reminded me that I also returned home as a child with all my money for a fair/ flea market with the comment that I hadn't spent it and was going to save to buy a nice home when I was old enough. All that rubbish is just not worth the money, in my opinion.

I like the 2nd market for the cosy atmosphere among neighbours but I don't believe I'll quickly return to that massive market near the abbey again. 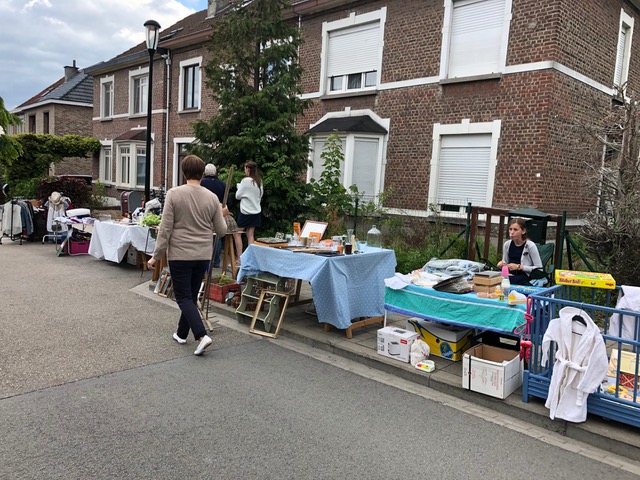 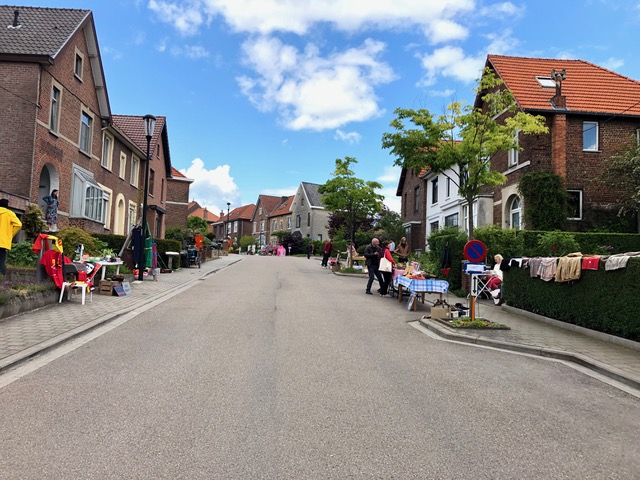 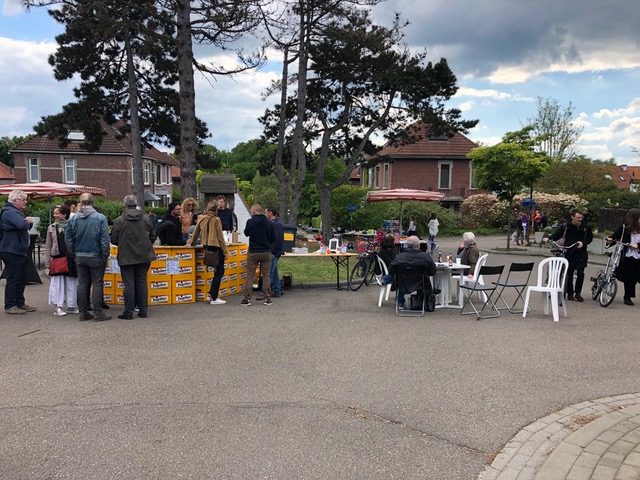 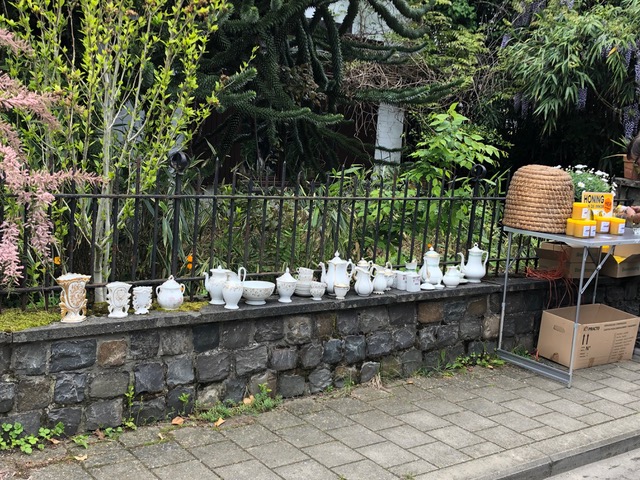 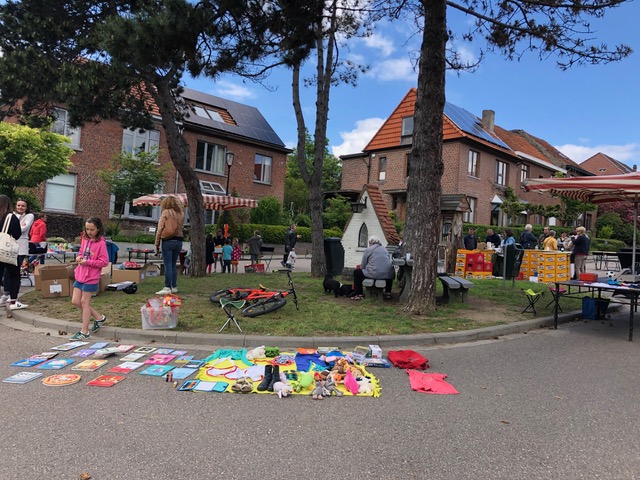 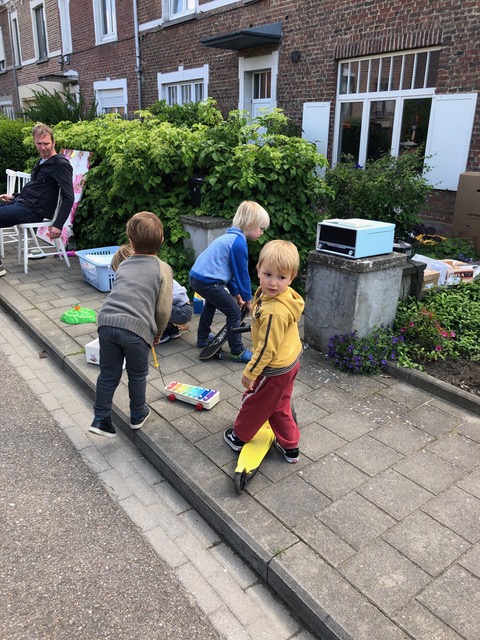