We always figured Kabouter was a "waterrat" as we would say in Dutch: someone who adores being in the water and feel goods in it.  But compared to Beertje he is not at all.  Kabouter will swim and play in the water but not at all times or at all temperatures or ...

Then there is Beertje, who runs after breakfast into the pool even though this one isn't yet officially opened and the sun still has to peek from behind the mountain top.  While Kabouter will go under water to pick up something,  Beertje keeps his face down below the surface frequently because it is fun. He gets his face painted at the children's club , only to jump 2 minutes later back into the water even if we told him clearly he'd lose his fresh face paint.

I've placed a bet that he'll learn to swim in the next vacation in 12 months, a few years earlier than Kabouter. 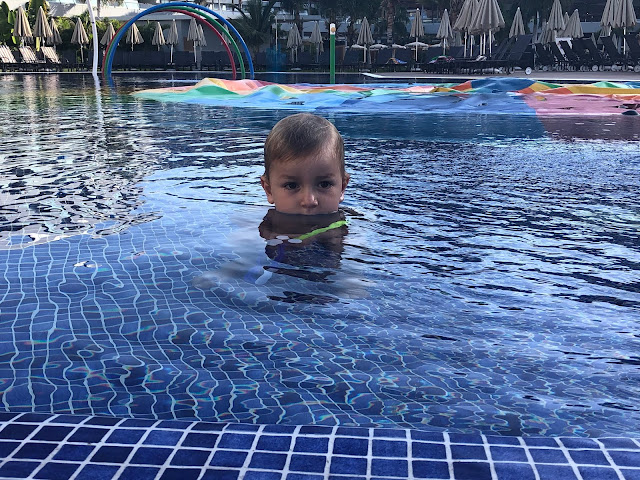 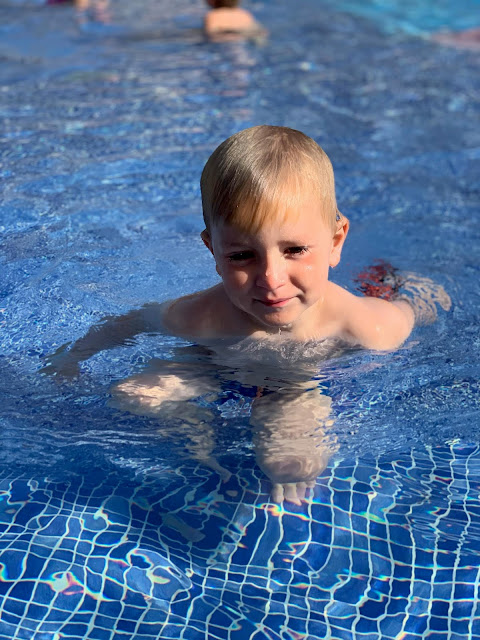 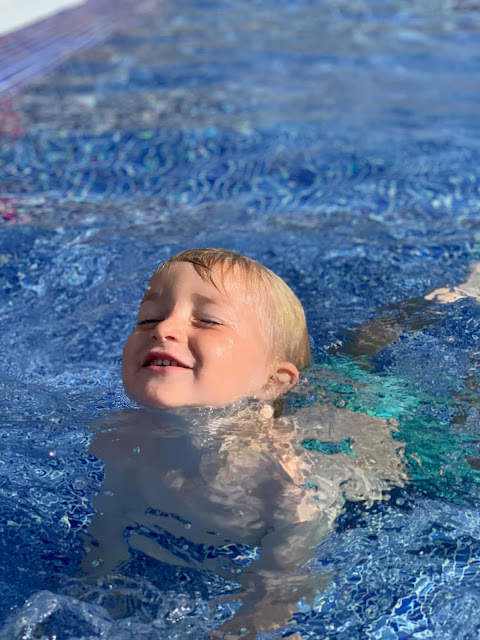 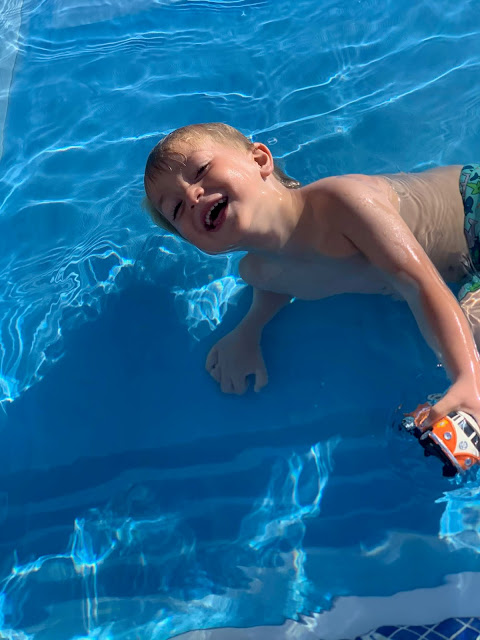 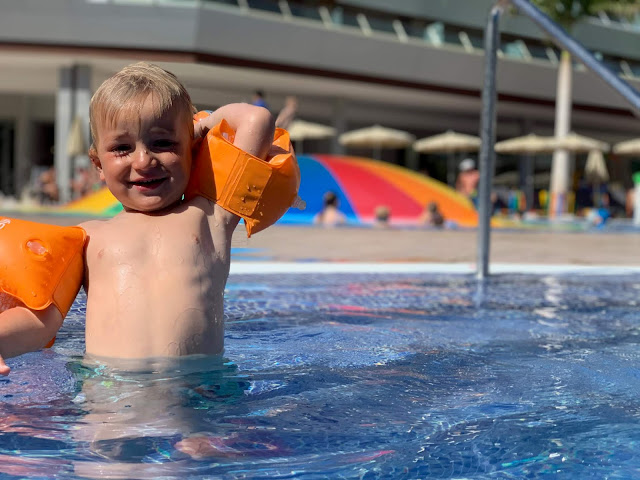 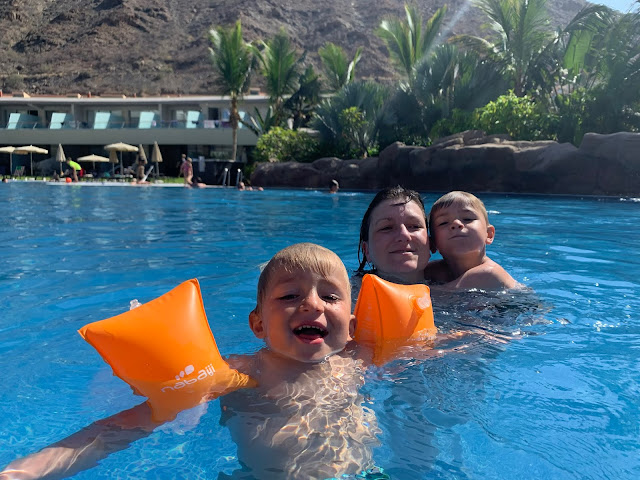 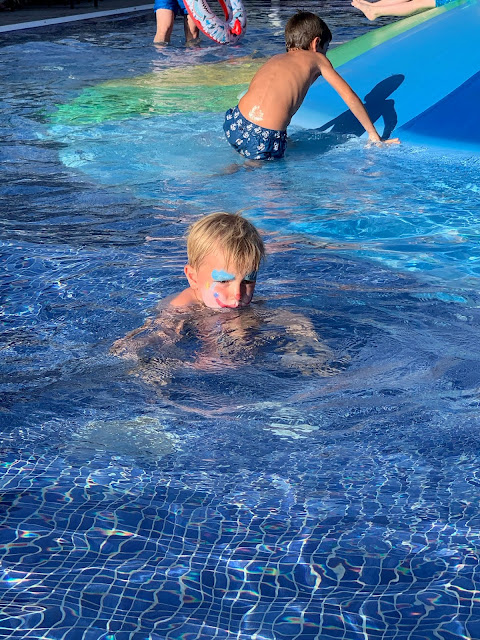 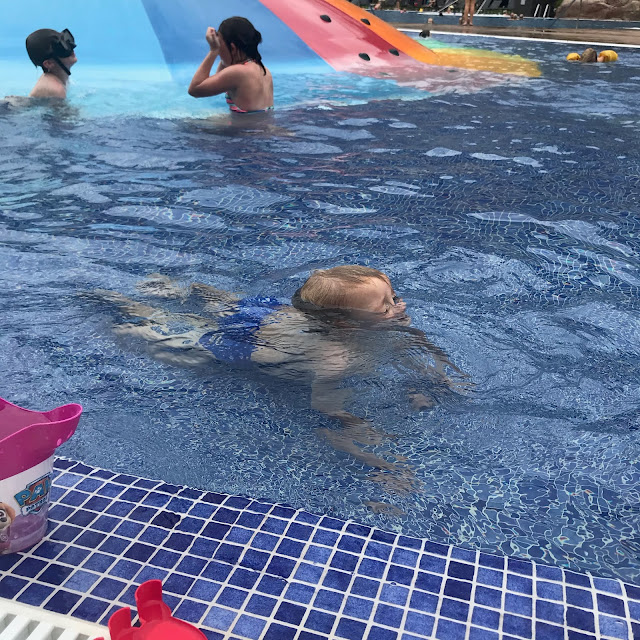 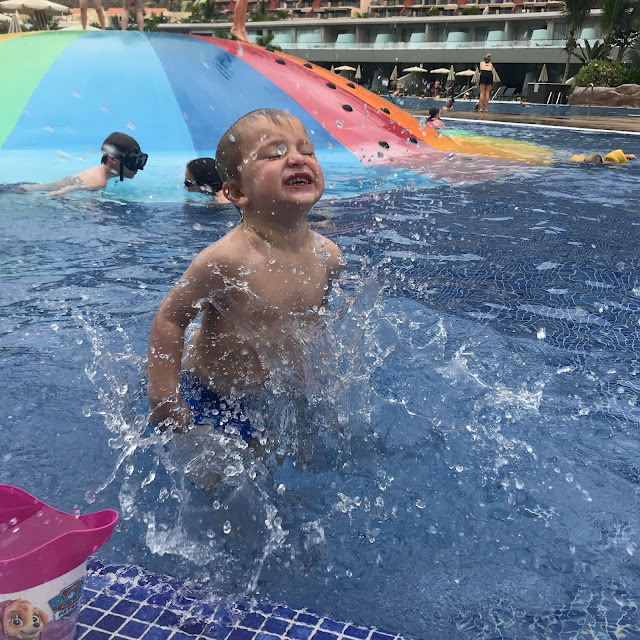 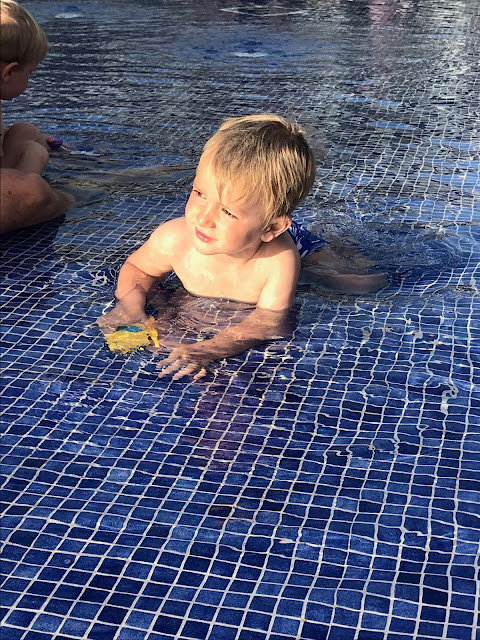 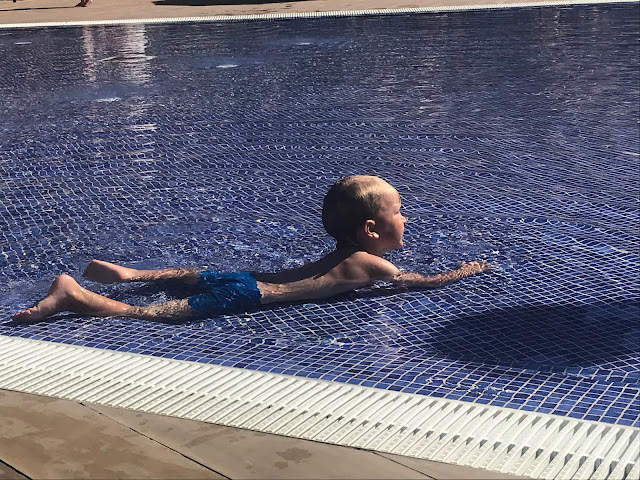 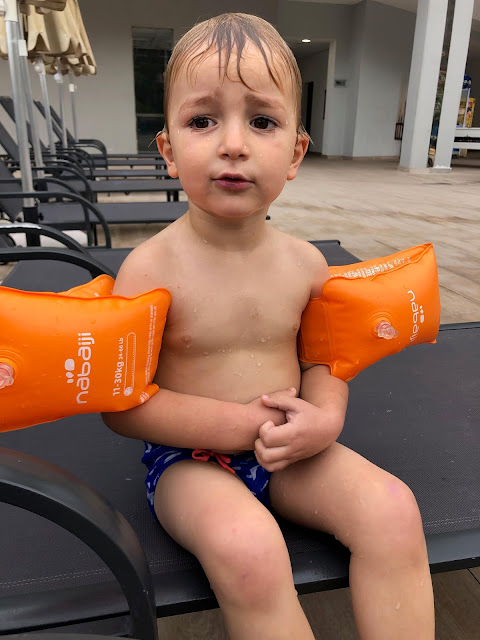