In the Christmas vacation we wanted to make some time for some short nearby city trips or visits.

Leuven
First of all we visited our own city Leuven which is beautifully decorated. Unfortunately we already missed the Christmas market. I never understand why Christmas markets end before Christmas and before it is vacation time. Just when you find time, you can't visit it anymore. We haven't made it to Aachen either for a 2nd year in a row because that market also stops well before Christmas. ugh.  There's only so many weekends in December and they seem to fill up like crazy for anything but Christmas markets.

But at least the wintertime square in front of the city hall remains well decorated in Leuven. 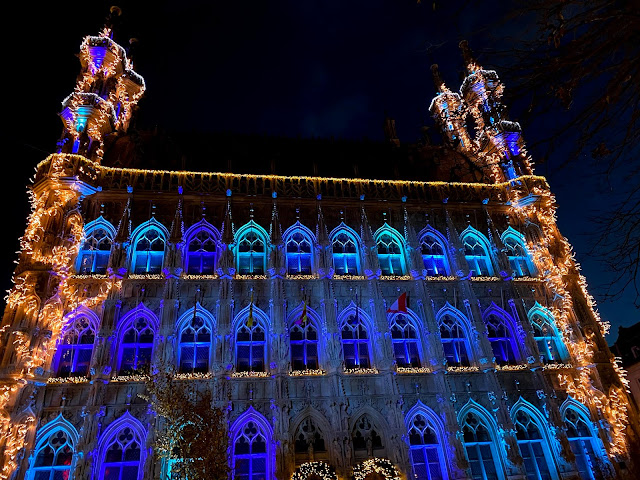 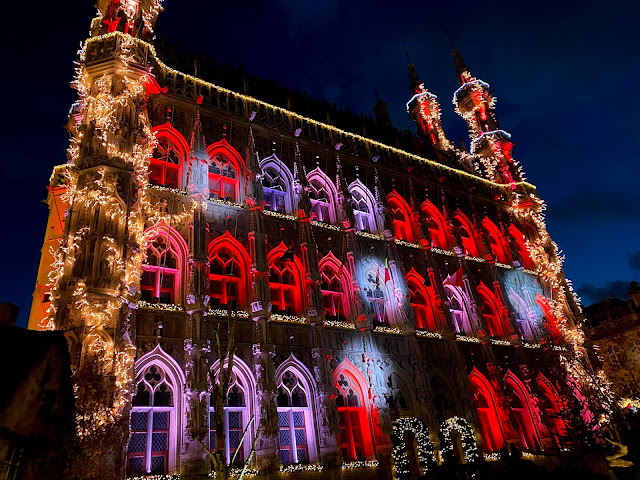 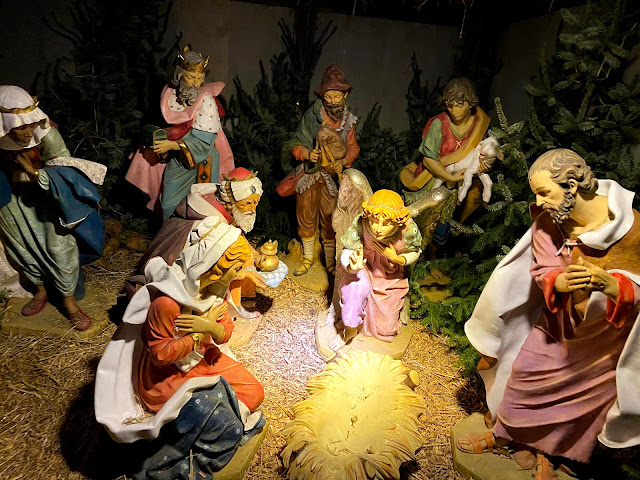 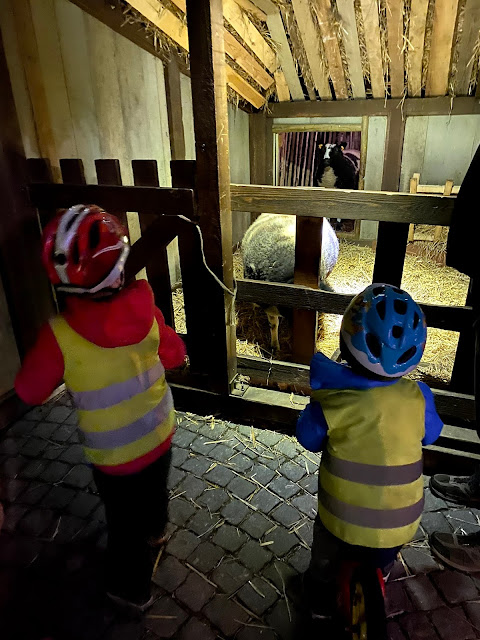 After #duwmee 2019 arrival in Kortrijk, we drove off to Lille rather than home.  I had looked forward to stroll through this nice French-Flemish city even though I knew its Christmas market is tiny.   But the rest of the city is well decorated as well and breathes Christmas.

However neither the weather nor my stomach collaborated well. So after walking for a while in the pouring rain, we fled into the Euralille shopping mall but if you are not into shopping like me, even that mall wasn't as big as I remembered it in my memories.  So in the end our Lille visit was much shorter than intended but I was relieved to drive home and have some rest before we had guests that evening. 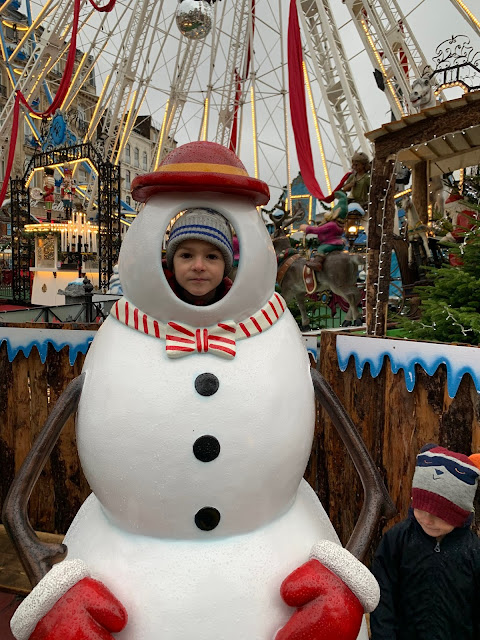 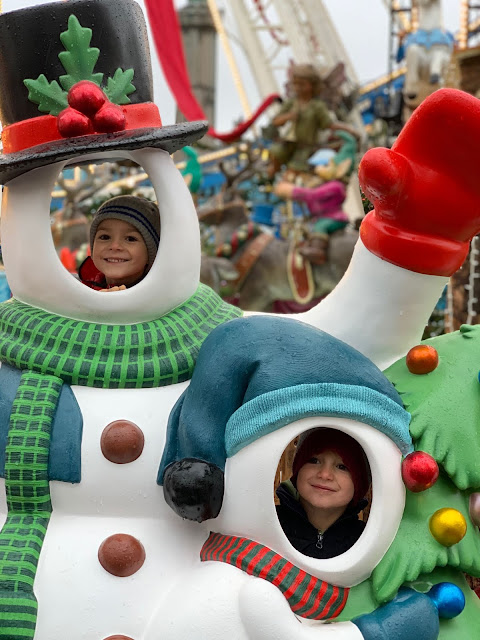 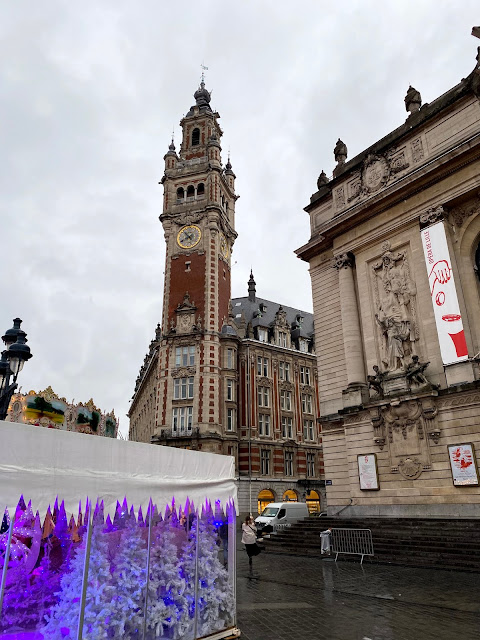 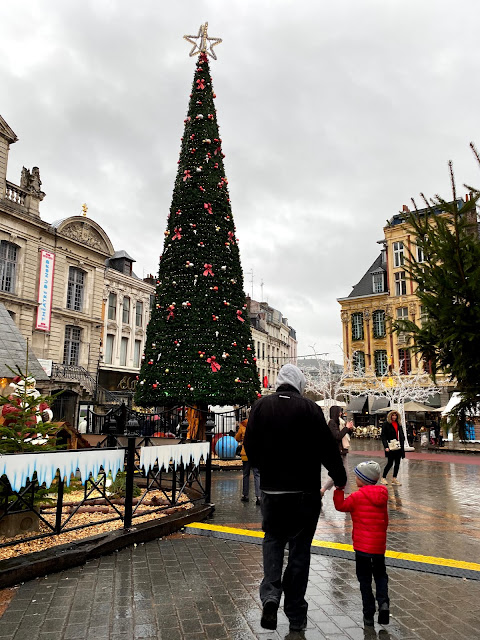 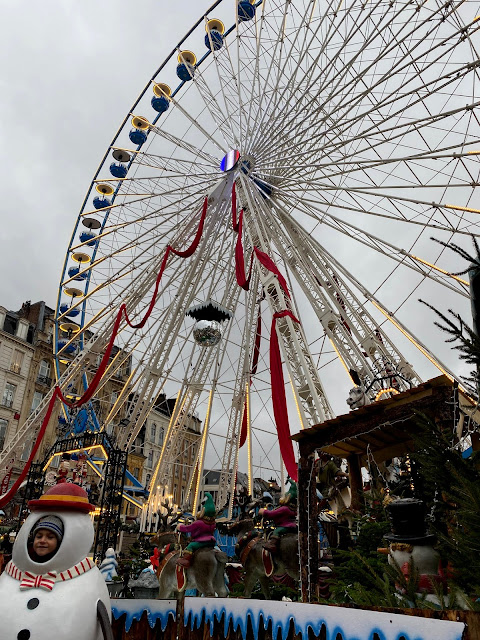 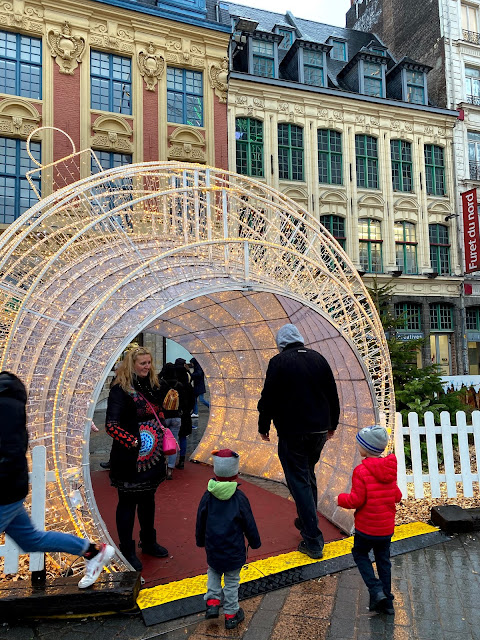 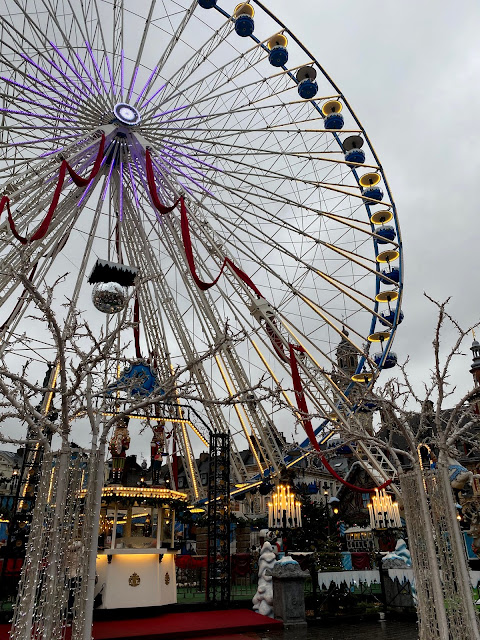 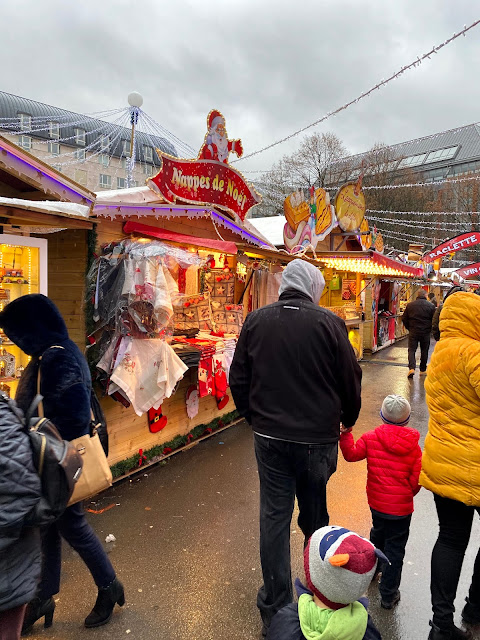 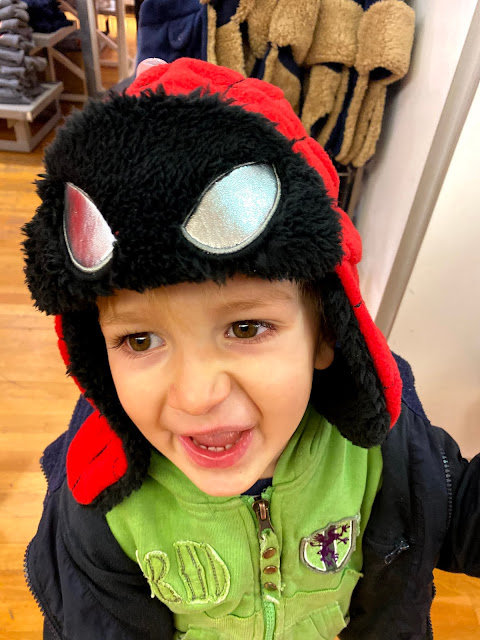 After Christmas we drove to Brussels to check in into the Radisson Red, a hip urban modern hotel. There were strips all over the hotel, nicely reflecting Brussels as a strip capital.  Even the toilets were nicely decorated. Unfortunatly I spent hours and hours on the toilets there so with tears I left my boys behind and returned to Leuven to visit a doctor. 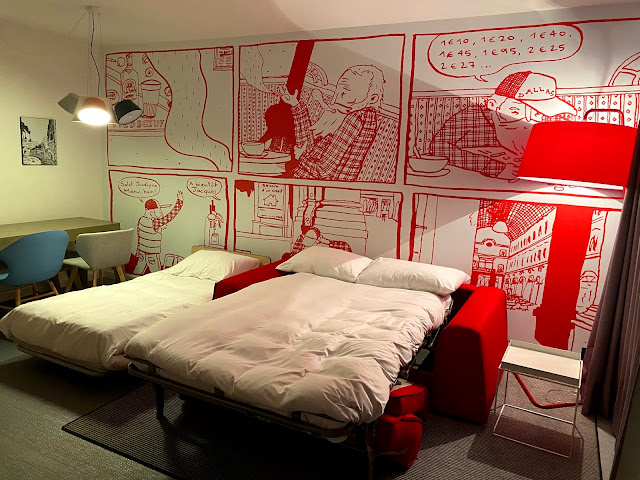 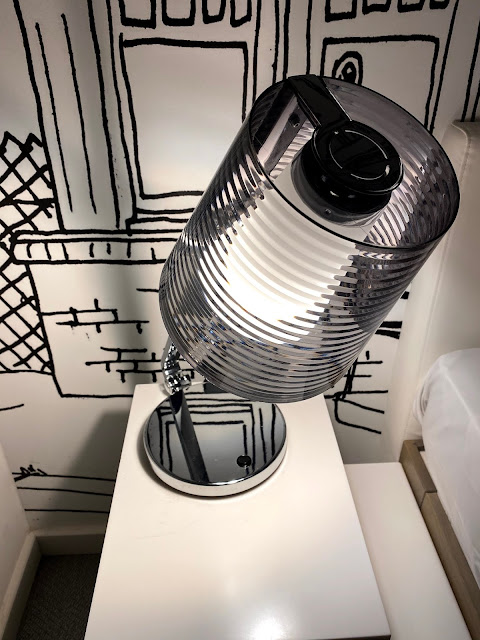 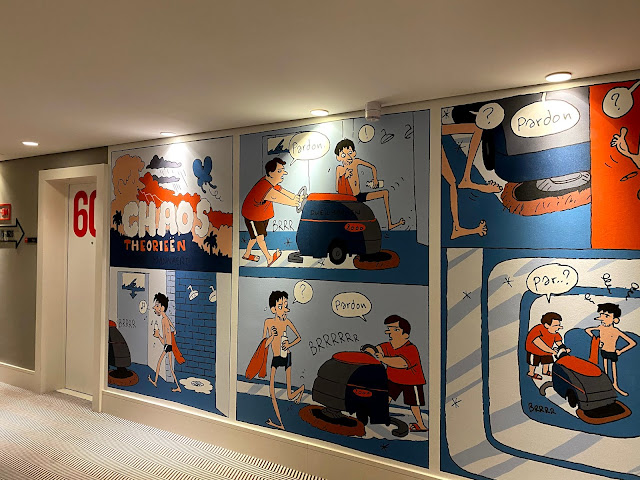 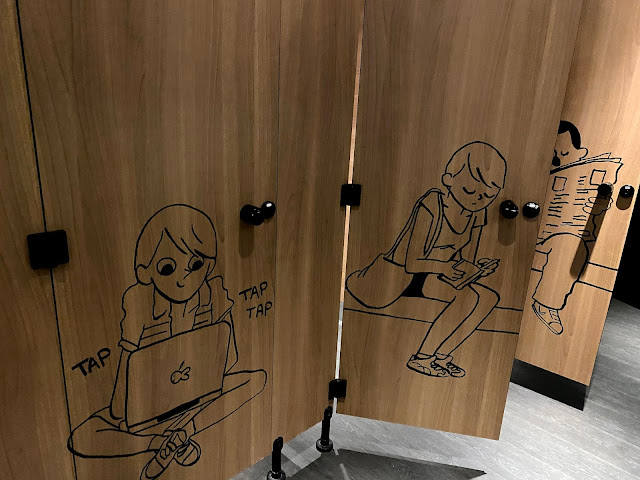 Jan and the boys on the contrary executed the plan that I had wished for together as a family to visit the Nature History museum and it's largest European dinosaur collection. It had been on my bucket list for a long time to do with the children. ...but they did it without me.  Jan was only mildly enthusiast afterwards. After our visit to the Royal Tyrell Museum in Drumheller, Alberta this summer, this government museum was rather old fashioned, he claimed. Not sure if he wanted to comfort my frustration of being ill at home. 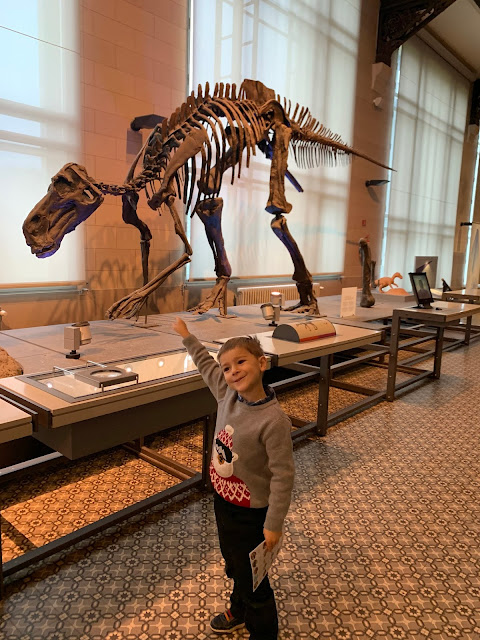 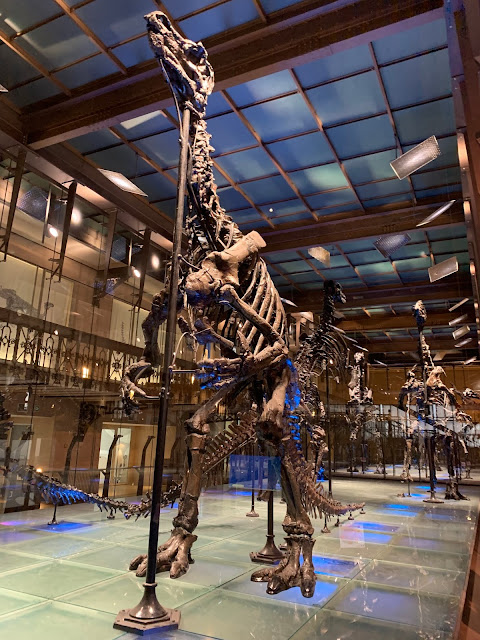 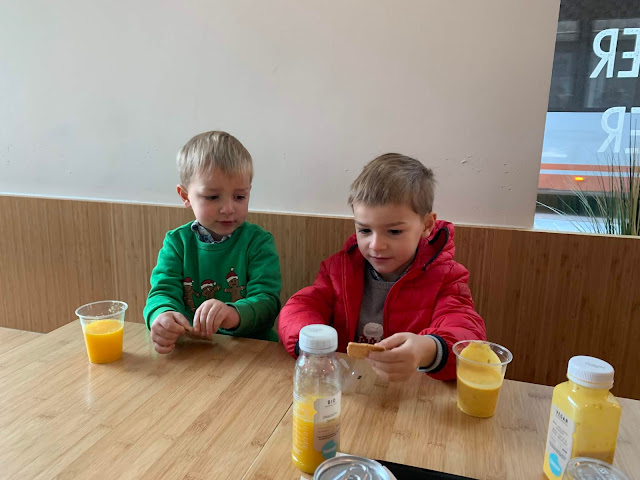 Next stop was the Keith Haring exposition in Bozar ...the artist that Kabouter learned about in kindergarden and whose funny figures had stuck around.  They finished off their visit to Brussels with a walk through the city center and a visit to Manneke Pis after which they took the train to join me back in Leuven. 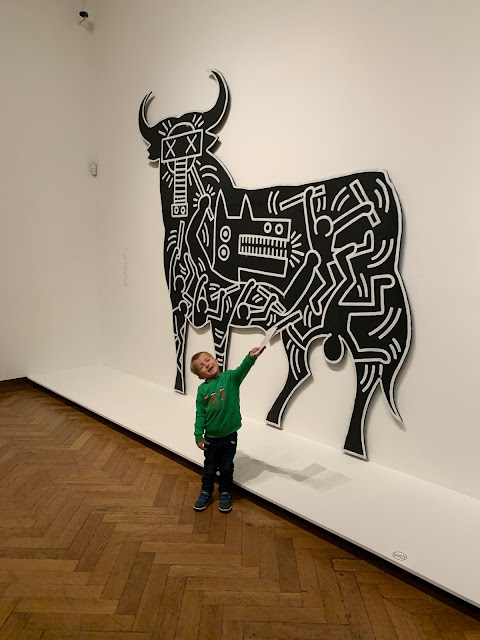 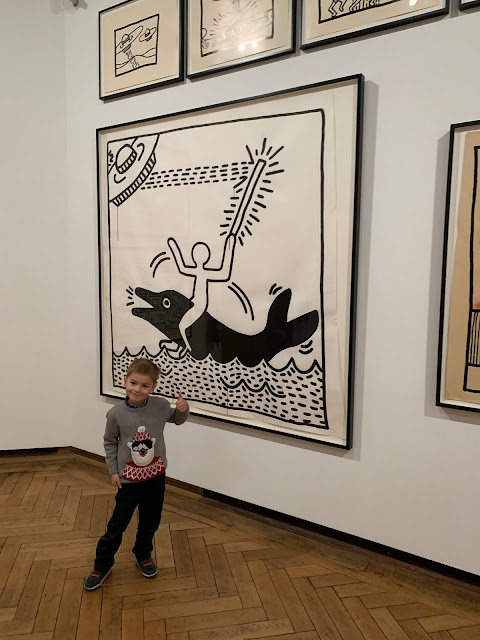 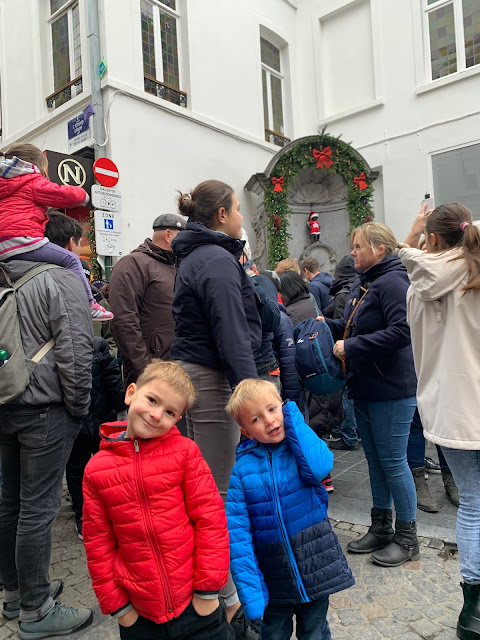