(ok if you weren't singing that title , then read it again and sing it ;) ...ok now that's stuck in your head. You're welcome).

Last week we took the opportunity to (re)motivate Beertje again to try riding his bicycle.  He steps on his step bicycle quite smoothly and prefers this comfort.  This little boy has a strong will and is very impatient.  Getting out of his comfort zone to try something and fail...that's not something he'd like to do.   Whereas his older brother was sad and discouraged, this little one gets frustrated and throws his bike down in anger to stamp his feet and run away with crossed arms. 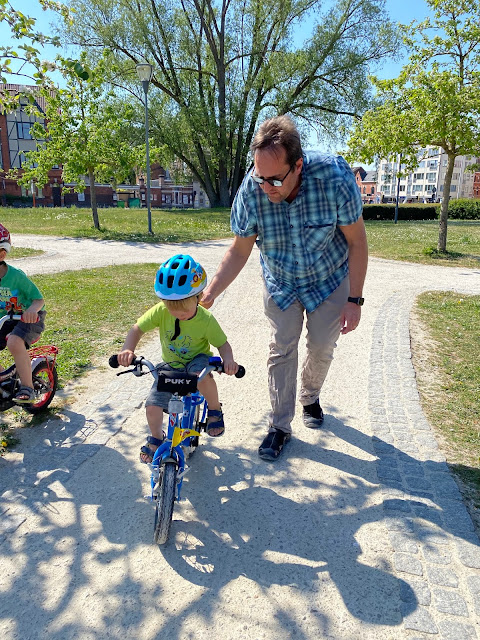 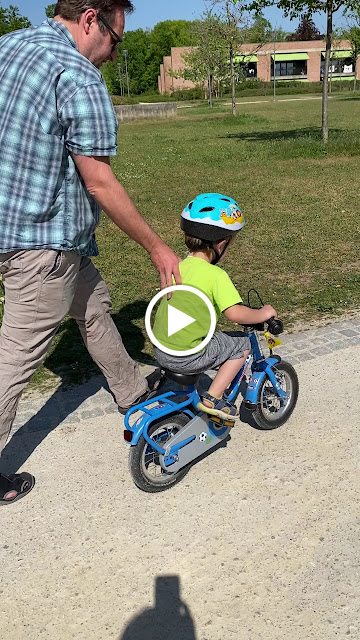 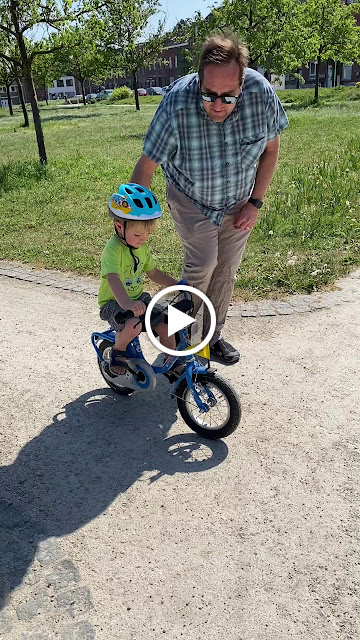 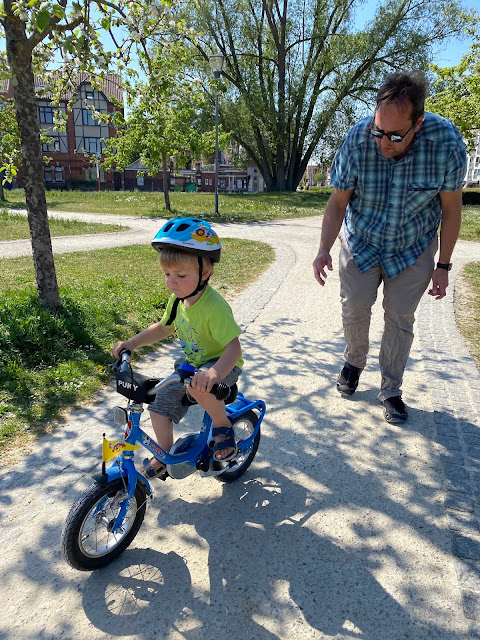 But when he cools down again and we encourage or bribe...he gets on the bike again to try with us.  Similarly like his brother, once started and getting some velocity, he just goes and keeps equilibrium. Then it's about steering.

The next day we met another school parent. While I start a conversation from one side of the path to the other, ignoring the frustrated little one because he couldn't get started,  out of the corners of my eyes I notice all of a sudden a little blue bike going by and riding up and down the parc. He was done waiting for help. 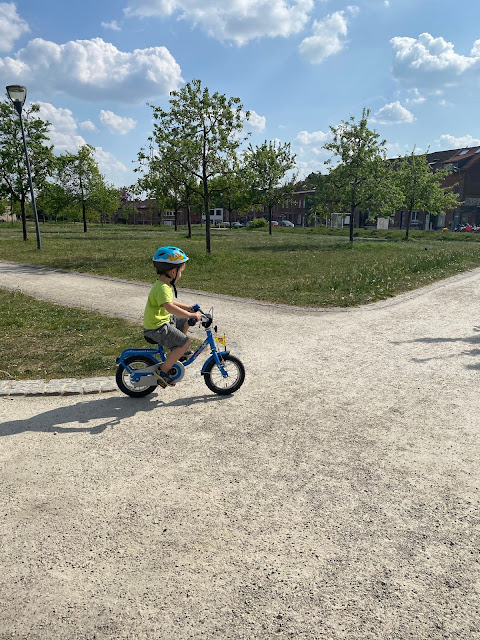 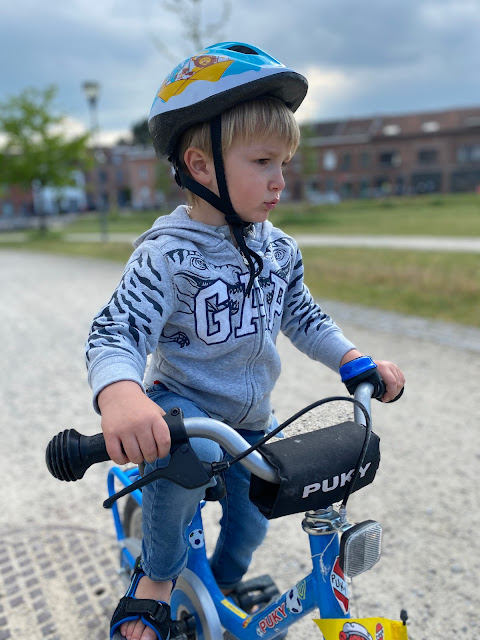 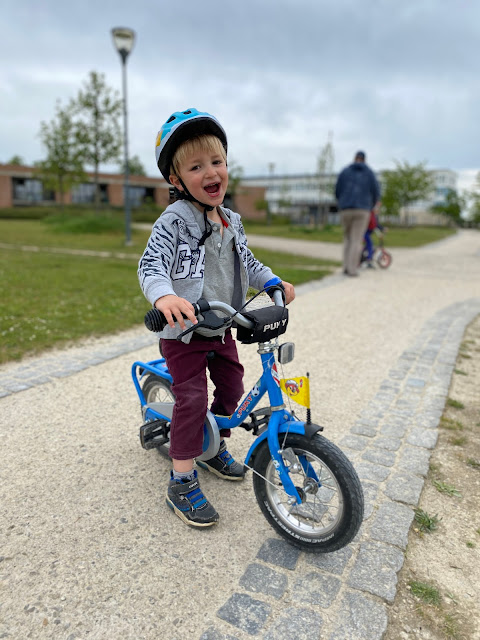 In the same time Kabouter peddled around , encouraging his younger brother, visibly outgrown his little bike. His legs turned around like crazy.  Once again some parents from school crossed in the park while we were biking and they noticed and immediately offered to bring an unused bike that would be a bigger size. Hurray, much much better.  No more waiting in vain for the bike stores to re-open. 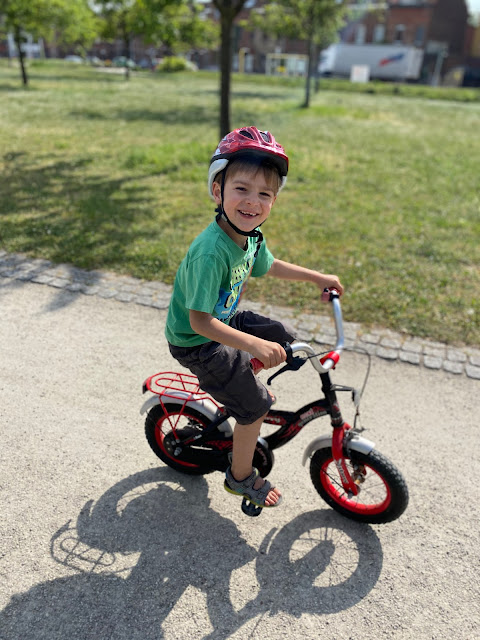 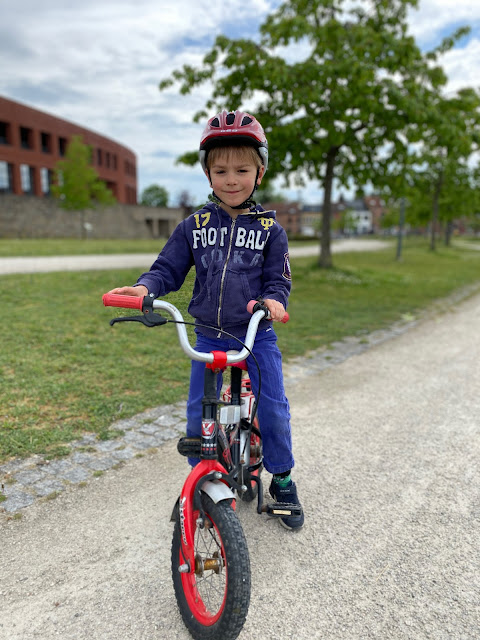 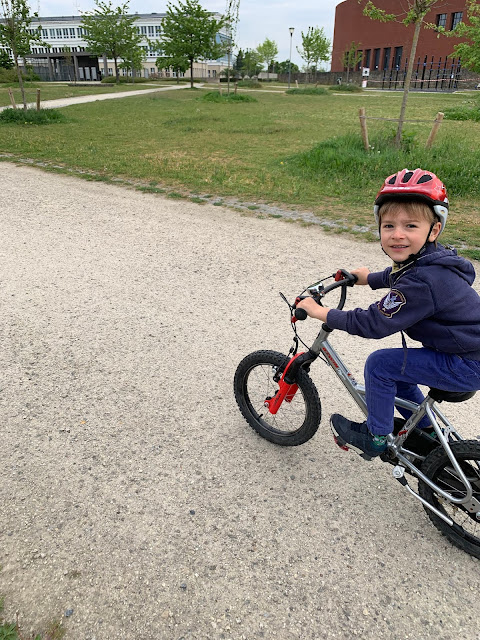 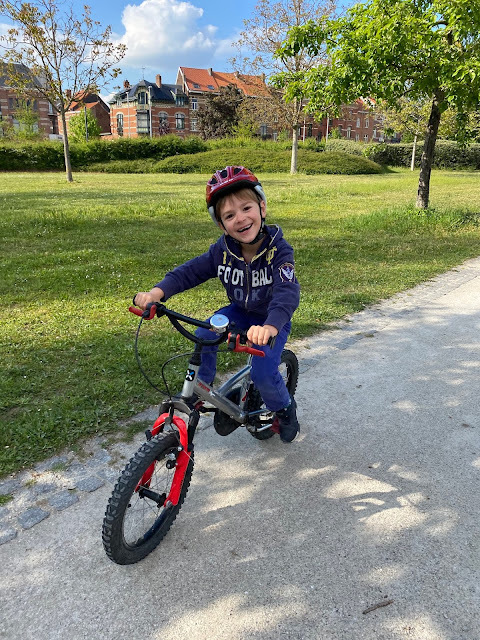 Since this week we are allowed to play soccer again without contact, according to the police which is good because the children were tired of our endless walks.   Our ball mysteriously disappeared in April (seriously how can that happen).  There were no more balls for sale in the supermarket.  But it's ok because the boys actually request now to ride their bikes and it's so sweet to see them tour around in the park. 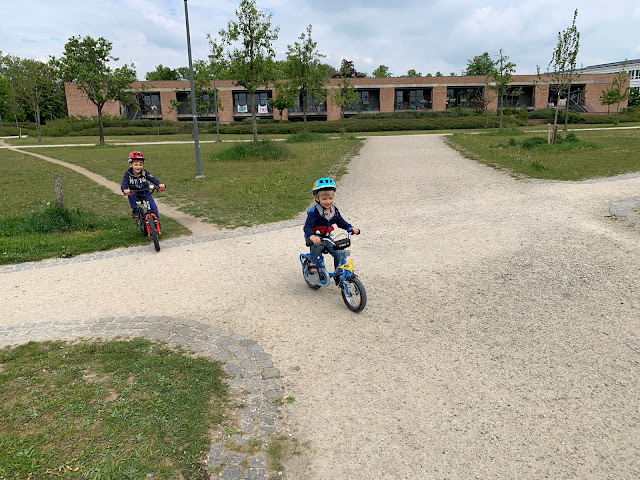 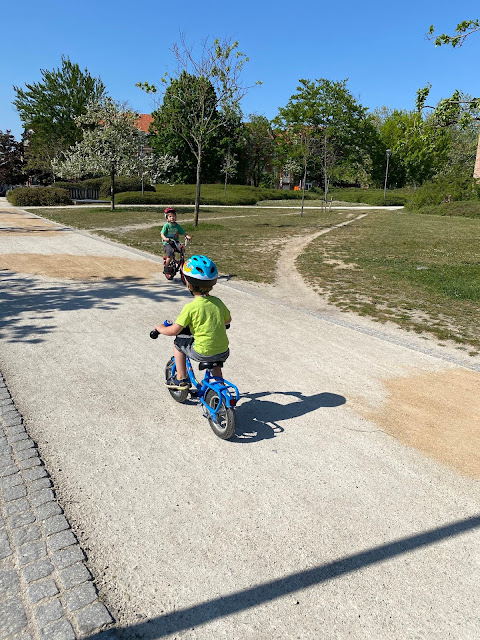 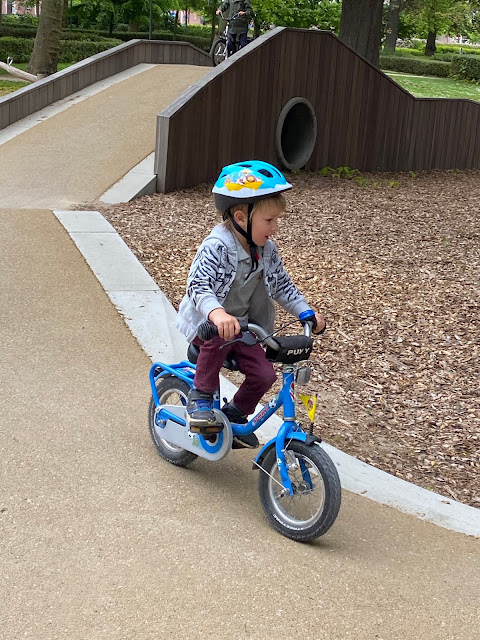 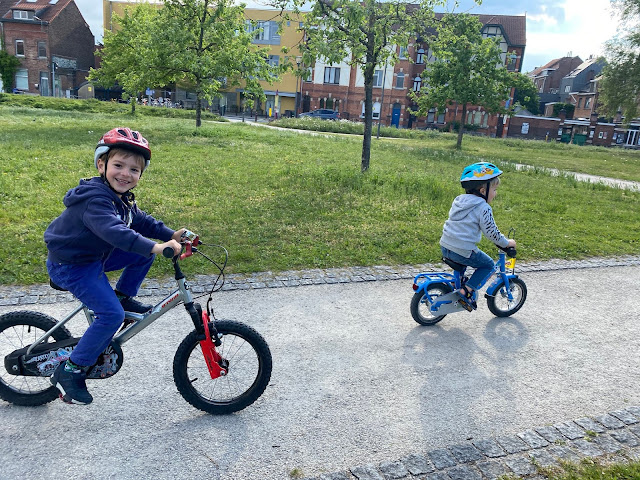 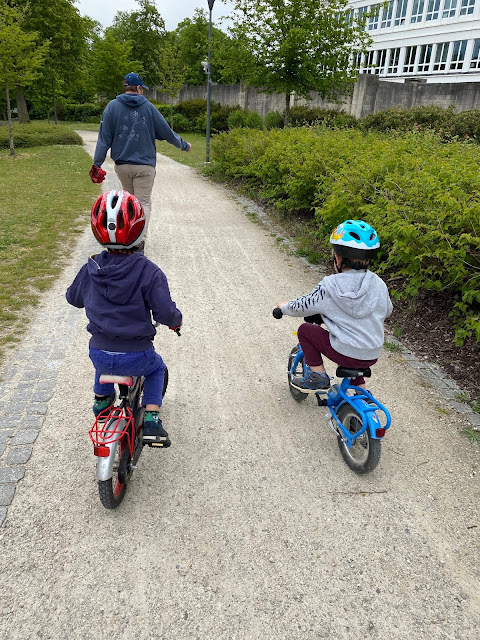 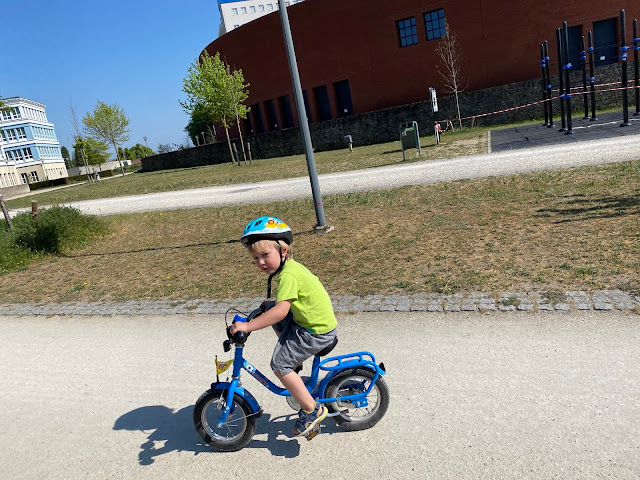