Bikeride from Sourbrodt to Germany on the L48 Vehnbahn RAVeL 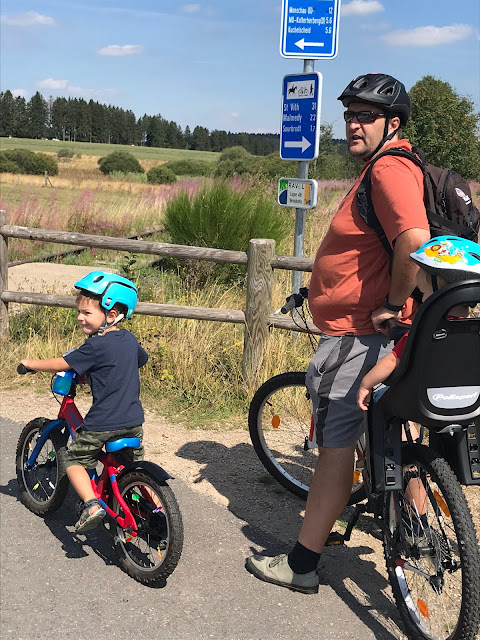 Kabouter had been asking to bike again for a full week, so we took out our bikes again this weekend. The children wanted to see "Thomas the train" again, aka the train wreck nearby the Sourbrodt train station.  From there on we took the L48 Vehnbahn RAVeL, which we walked previously  Soon we crossed the valley of our recent Sourbrodt walk and we arrived at the part of the RAVeL where we often walk near the German border...far away from all the tourists.

Cycling went really well and Kabouter was quite motivated to continue to Germany even though that was further than we ever biked before with him.  He wanted to know what language the people would talk in Germany and if there was a beach. It's good to be prepared when going to a different country!
"See you in Germany, mom" and he started peddling like crazy ahead of me.

So we went beyond our well-known territory, to the end of the railbike Leykaul and then we crossed the road to "Germany" where we sat down at the former Bahnhof Kalterherberg.  Later on we saw on the map that strangely the RAVeL continued as a small line of Belgian territory into Germany, effectively cutting off one German island from the rest of Germany. Weird...

After a break and some snacks, we headed back.  Kabouter was still full energy and optimism when we left, but after 2 kms he broke down....He was tired, his legs hurt, his bike was tired, he couldn't ride anymore. With still more than 5 kms to go, I worried how this would end. I couldn't quite walk with 2 bikes and a whining toddler. He simply had to go back on his bike...so we told him.

Not only Kabouter was tired...Beertje had fallen asleep on the backseat.

After a lot of whining and discussing, Kabouter started to try to ride a bit again - although reluctantly - with the promise we'd stop a lot.  But much to our surprise, he seemed to grasp his second breath and as soon as we got back in "familiar" area from previous walks, he continued "to the bridge", then "to the ruin" etc.  We had multiple small stops but he got the courage to continue again.
When the railbikes came by again, we got in some fun competition to keep up with them or to pass them with success :).  And so we ended the full 16 kms with a bit of sprinting back to Sourbrodt.

What a boy, such an achievement...he's not even 5, so we are really proud of him. And it was a really fun event as a family.

For me, these bike trips are quite strange as they seem to connect different puzzle pieces on my mental map of the area that I know from our walks...and now all of a sudden I breeze from one "walking zone" to another and connect them. Weird, but a good way to get better insight in the region. 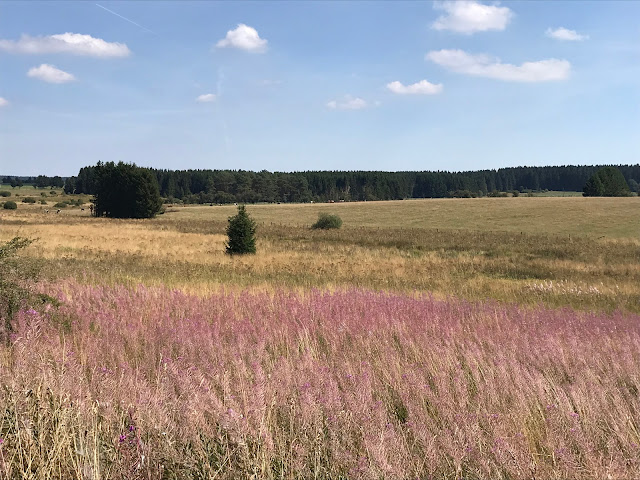 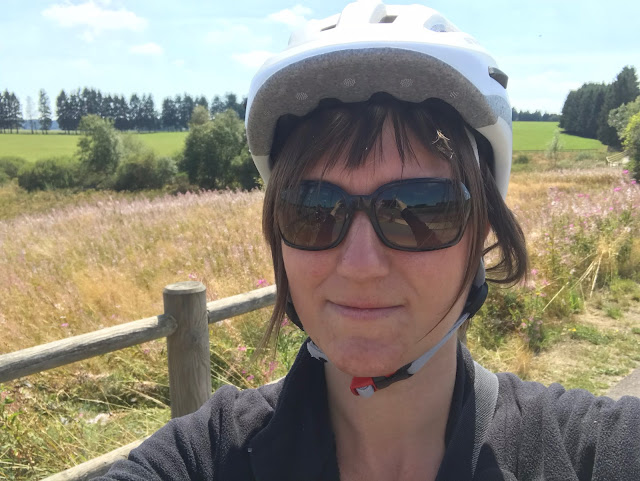 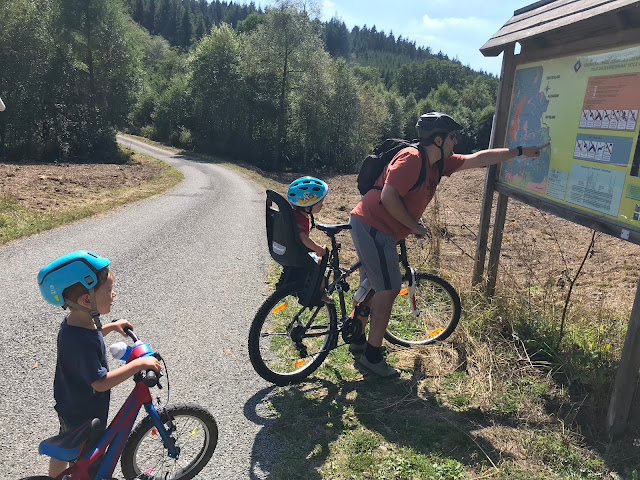 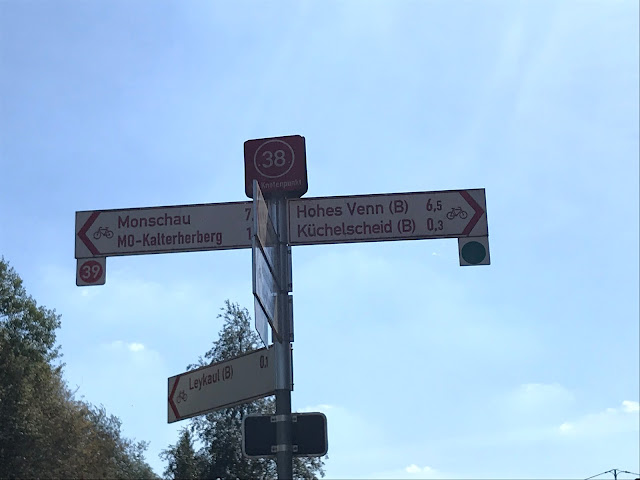 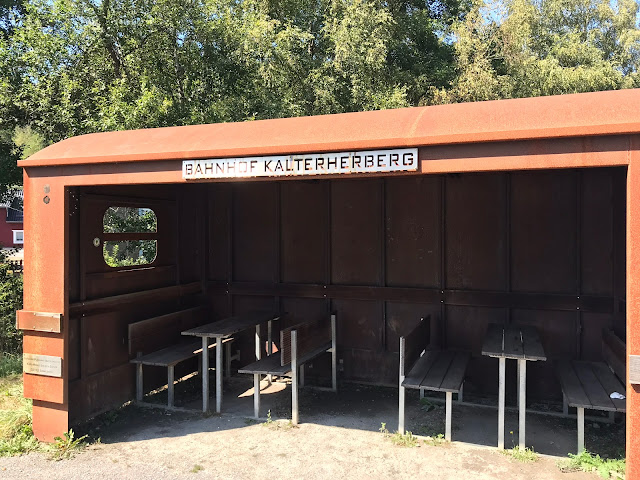 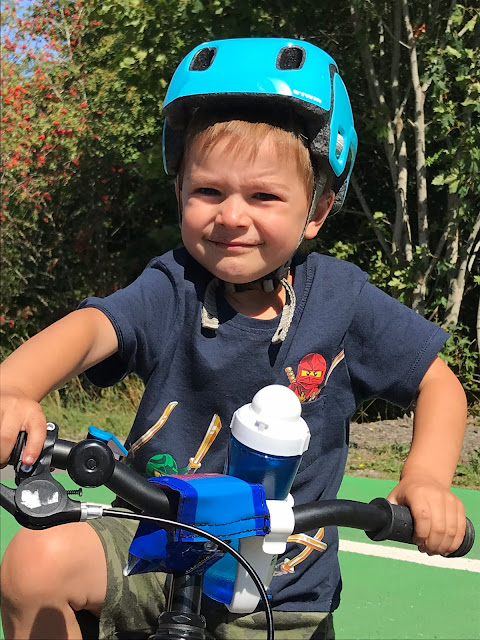 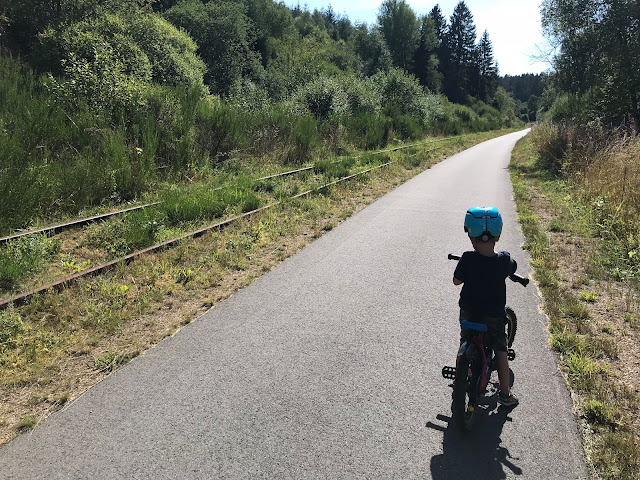 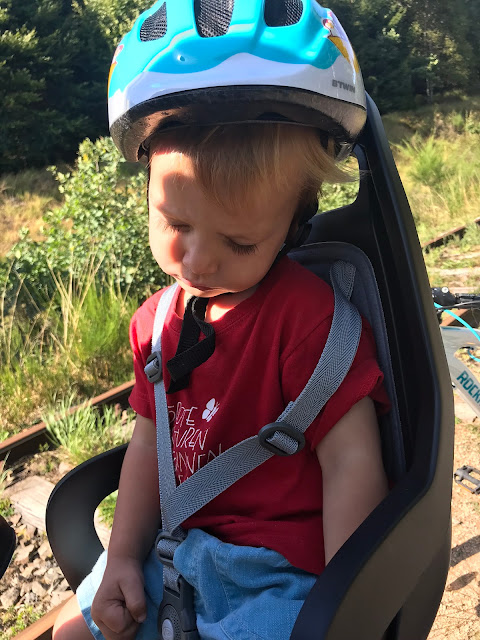 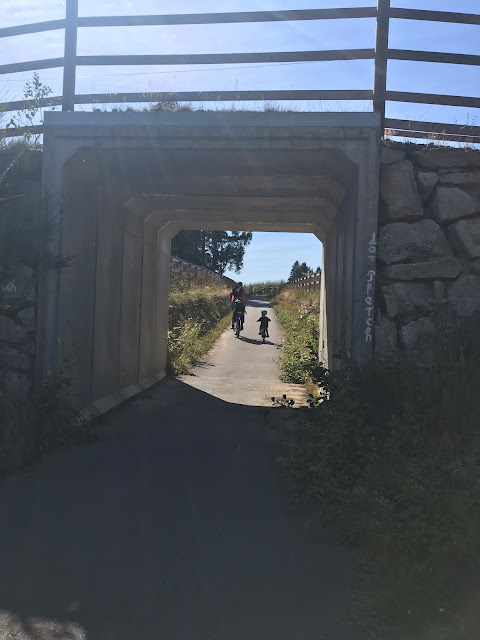 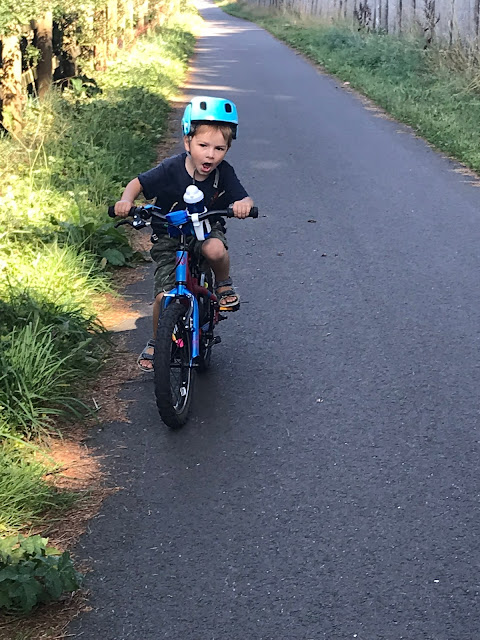 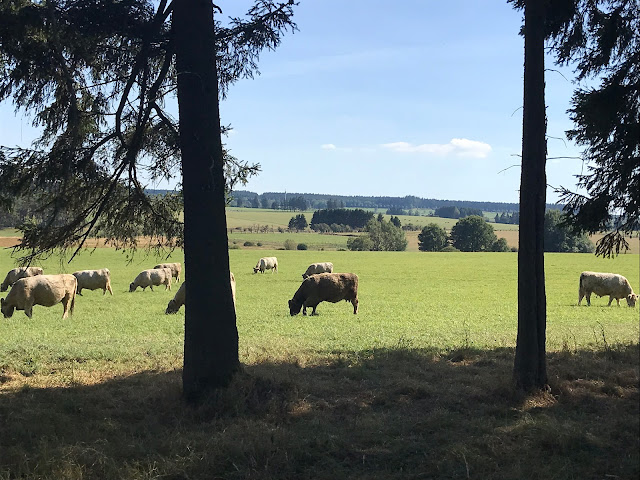 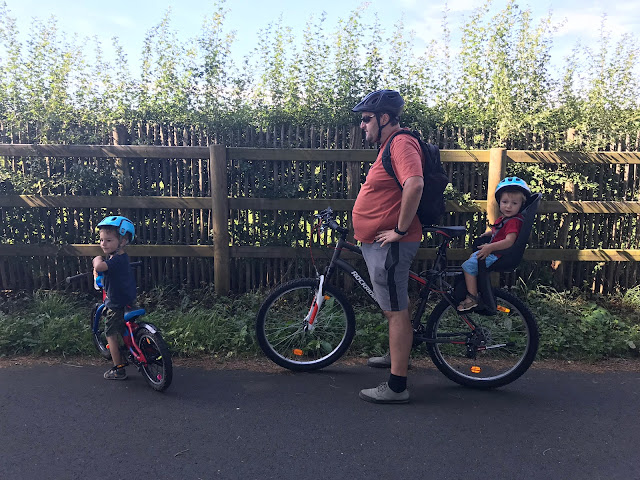