Being a tourist in Hasselt

If you've been reading for a while, you've noticed we like to explore and go to places and do trips.  We don't sit at home much.

Our recent 24h in Bruges, that had truly given us the feeling of a real short city trip had inspired us to immediately plan another nearby "citytrip".  Our destination of choice was Hasselt. We had taken the Friday off before Easter (a good decision with hindsight as I had not realised that the playground where our children go to was also closed on Friday...phewwwww) and we left on Thursday evening.

Since Hasselt is so close, ridiculously close to Leuven, we could just spend our Thursday as any other Thursday and throw our clothes in the suitcase after work/school  and leave in the evening to check in into our hotel room and have dinner at our destination.  Ok, I maybe threw the clothes a little too quickly in the suitcase as I had forgotten the children's pyjama's but that only added to the adventure. Not only they got to sleep in a hotel again, which they love, but they got to sleep in their underwear...woooow, adventure ;). 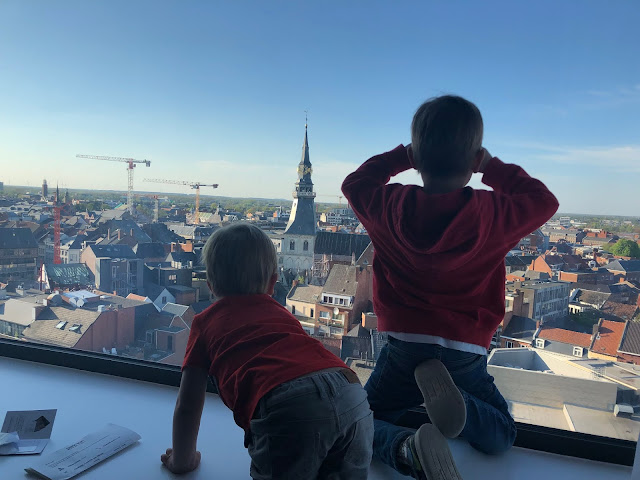 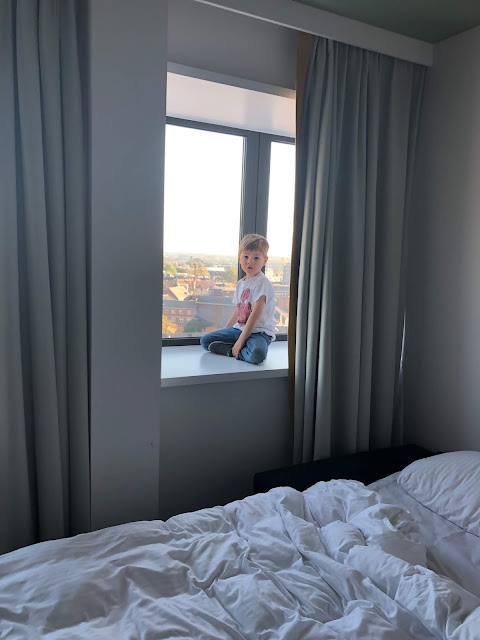 Obviously we could have visited so easily Hasselt from home, but now we had the experience of being away and we enjoyed a relax evening on a terrace in the city center at walking distance of the hotel, without having to worry about a designated driver or the return hour for the children's bed time.  We swallowed away a few demanding days with a nice cocktail and totally got into summer mode. 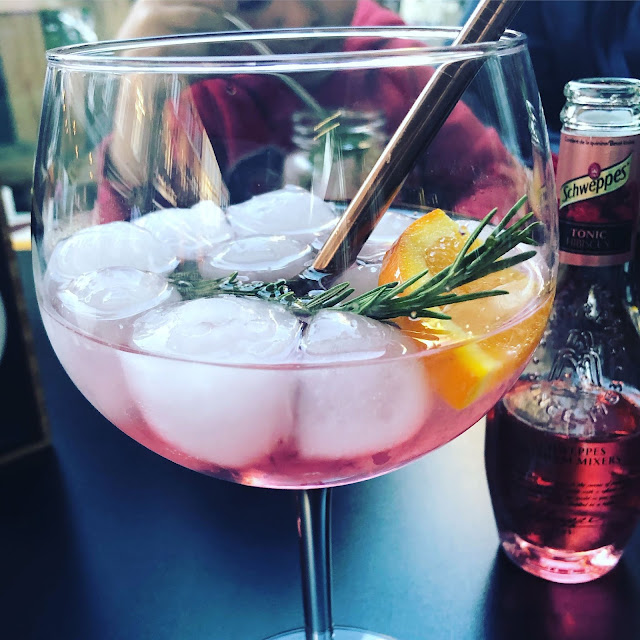 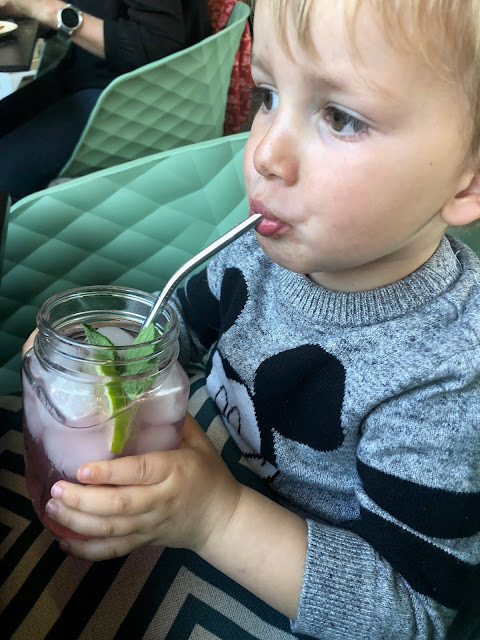 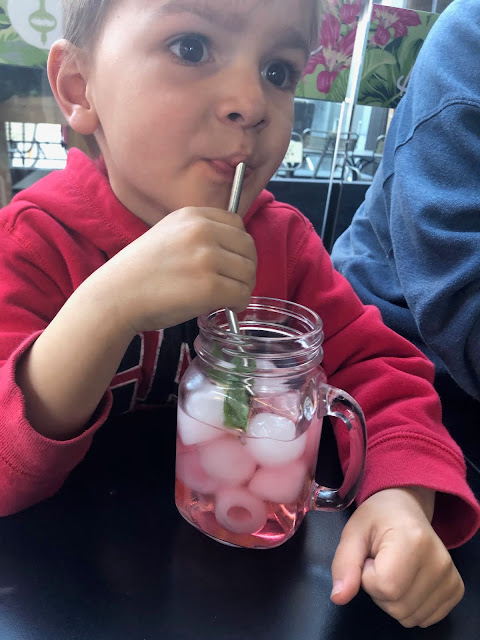 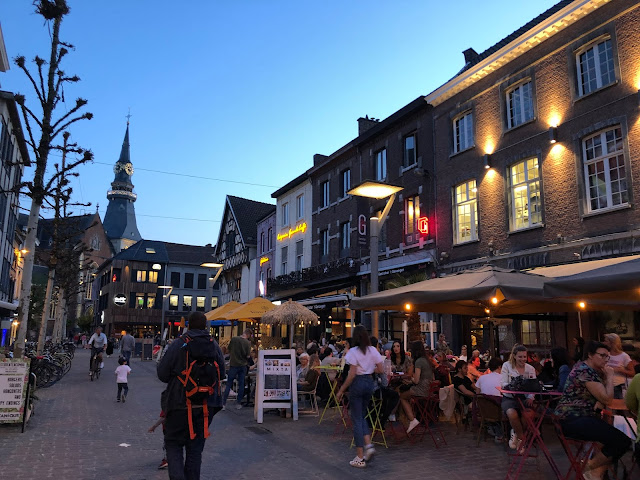 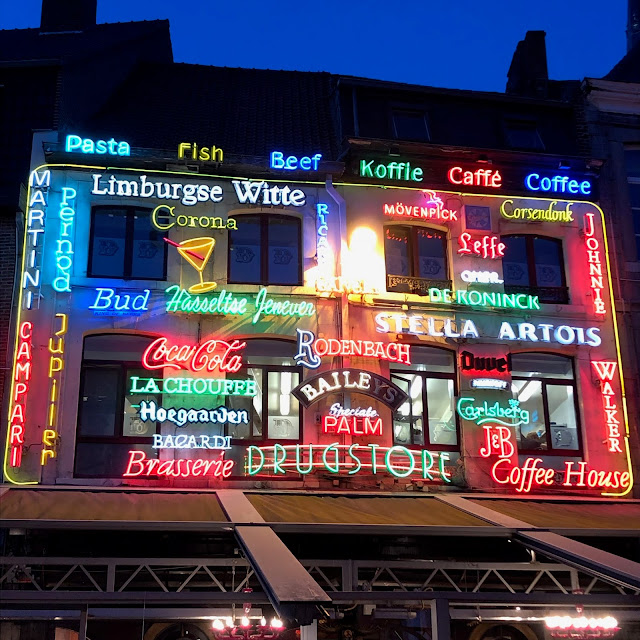 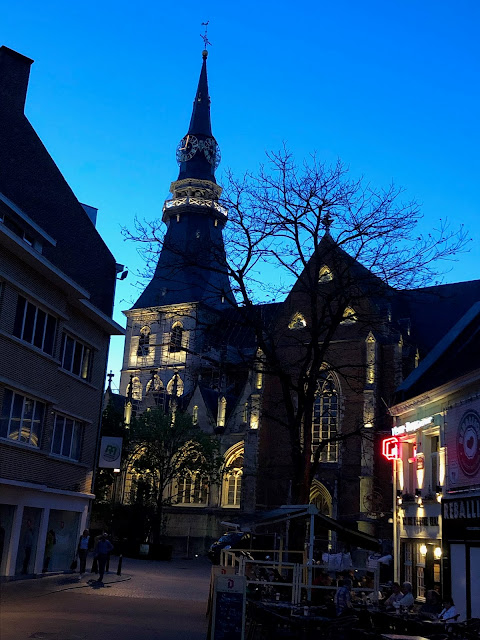 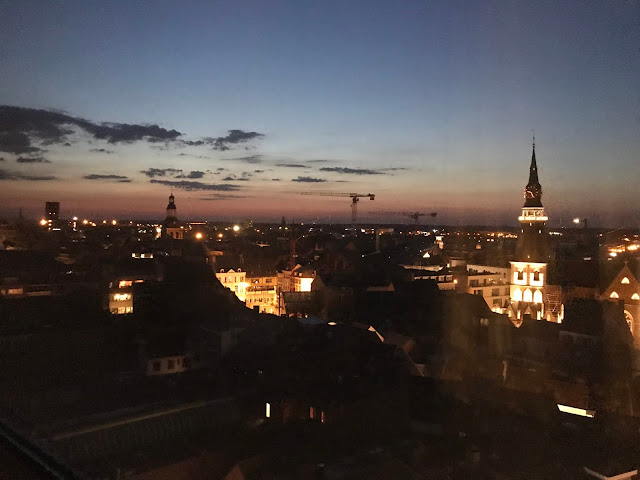 On Friday we visited Maastricht (I'll post that later) but on Saturday we took the time to visit Hasselt. I was surprised how small Hasselt really is. I had the wrong conviction that it was a bigger city than Leuven but in fact the historic city center within its small ring road is 1/3th the size of the historic city center of Leuven.  A diameter of 1 km in Hasselt versus 3km in Leuven.

With the summer weather and the children, we opted not to visit the Jenever museum neither the fashion museum but just stroll the streets at ease and enjoy some drinks here and there and did some shopping.  We visited the flee market on Saturday morning and spotted many sculptures and street art.  We also walked to the Japanese garden outside the city center but that's worth a post on its own.

Nevertheless our relax pace, we got the feeling mid afternoon that we had seen it all. Hasselt must do its city marketing well as it was a true surprise to me that we couldn't fill our day longer.  But that was ok since we had spent 2 really nice evenings and a day and now we drove back to Leuven and still joined a combined birthday party of several of Kabouter's class makes in a public park/ playground where we chilled with other parents. And the children got to tell all about having been on vacation to their friends :p. 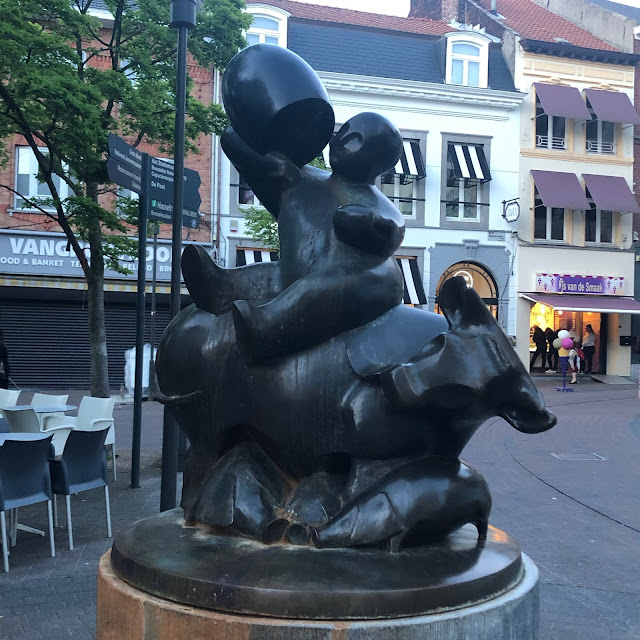 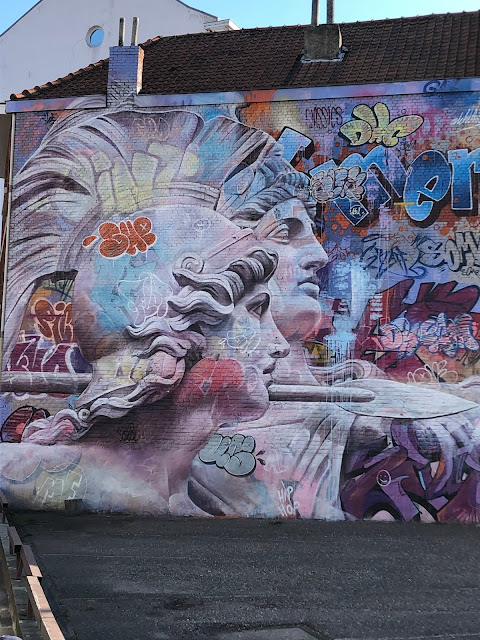 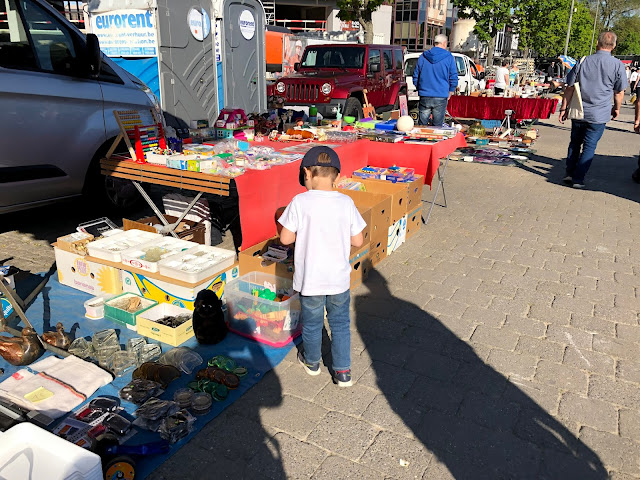 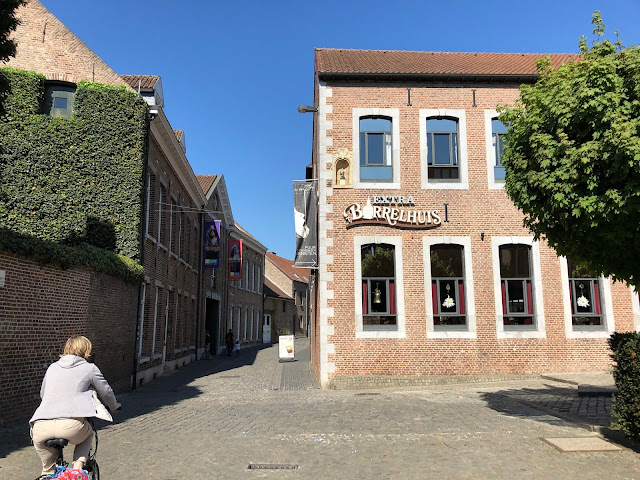 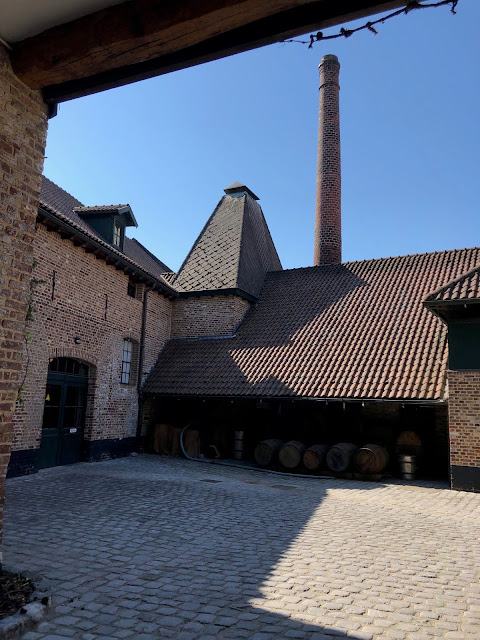 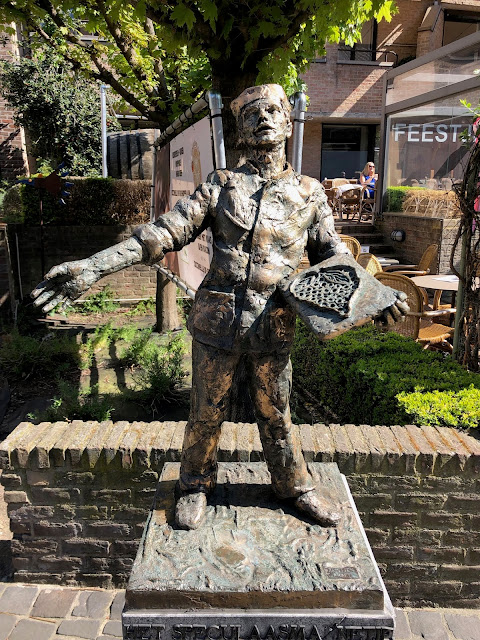 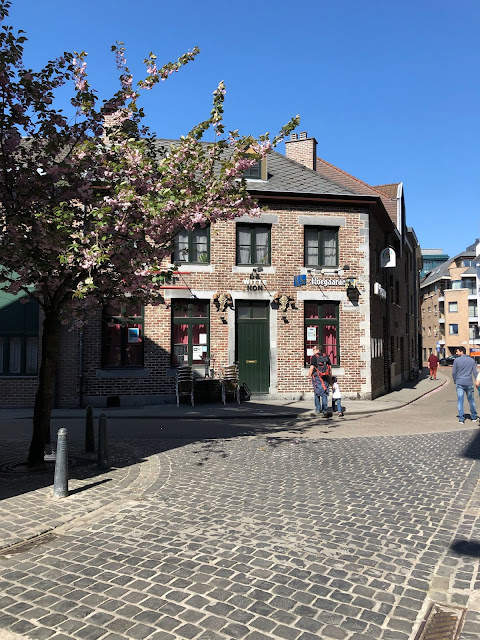 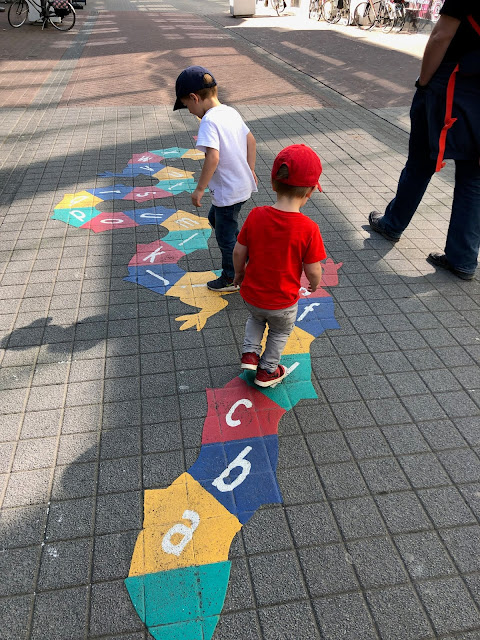 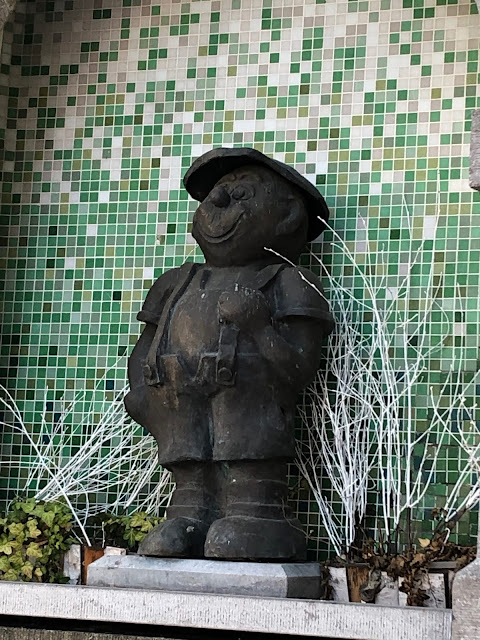 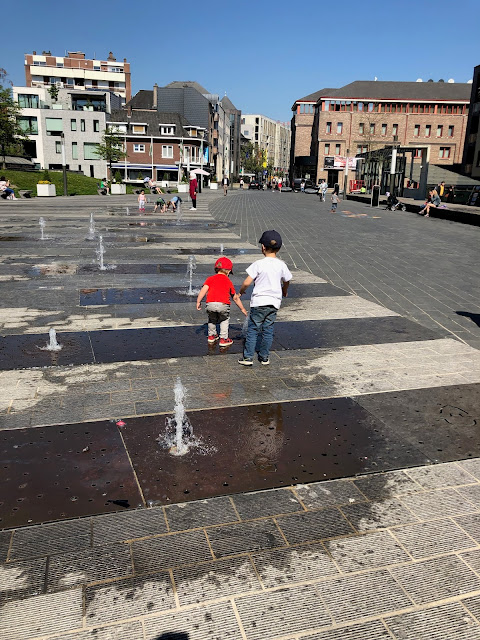 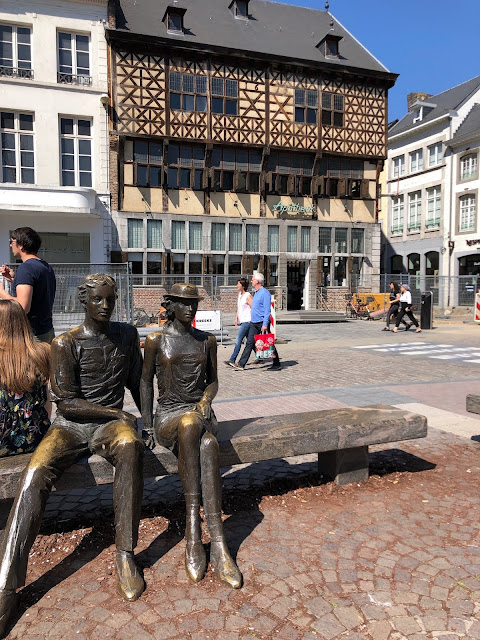 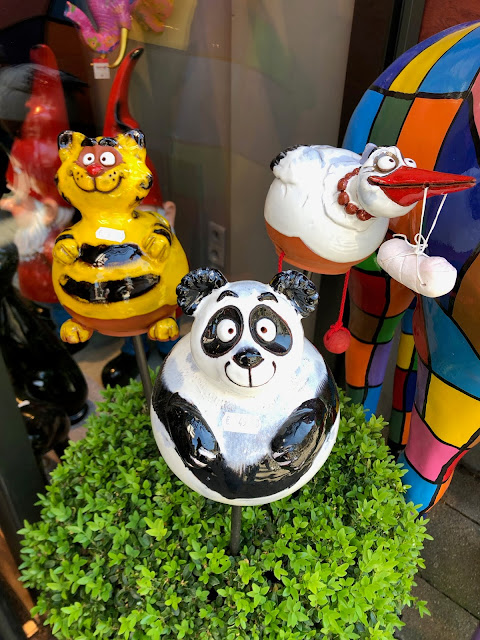