The last 4 weeks in 16 random pictures

1. While I attended Saskia's funeral,  Jan took the children to the yearly fête mediéval at Reinhardstein castle. The boys' knights outfit got enlarged a bit, so I came home to 2 serious gards. 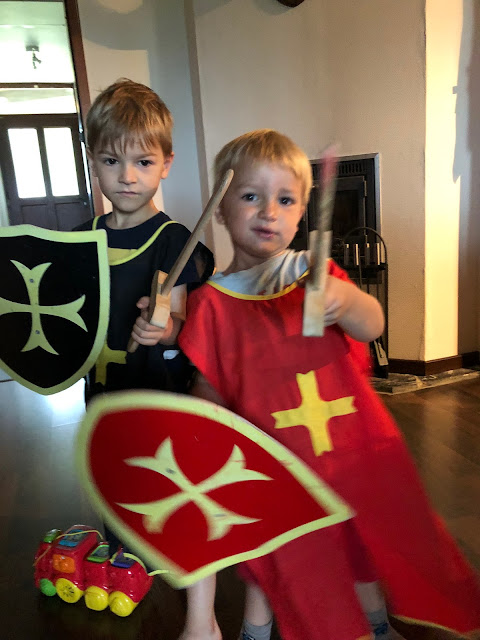 2. One of the past Saturdays I woke up and saw through the window that the neighbour's gutter had a large piece of wood detached , dangling dangerously with only 1 nail. Since there was a risk that this dropped on the sidewalk or worse...on some people walking by, I contacted the owner of the house (it's rented to several students/young couples)  and a bit later the fire department arrived to securely detach the wood and take it down.

For the boys it was a big event to observe and they were thrilled to have a little chat from our front door with the fire fighters. 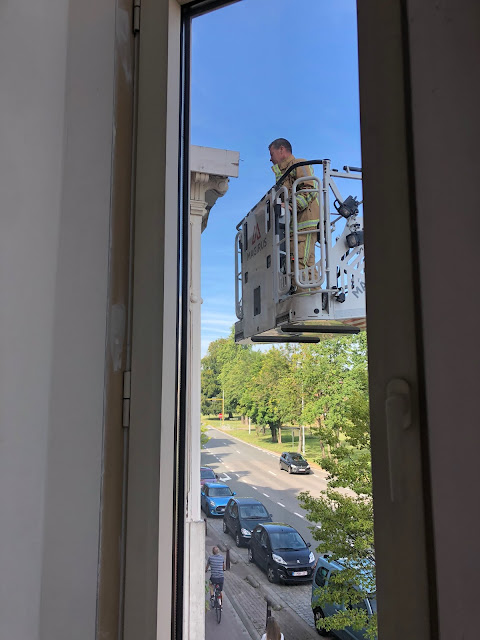 I had parked behind them when I arrived at home and had gone in to prepare our dinner. From there I noticed that they were wrapping up and got ready to go...

And then they simply backed up their van very swiftly against my parked car!!!!

Totally flabbergasted, I ran outside to meet the police officers that had in the mean time gotten out of their car and were studying my car. There was no significant damage but I still have to report the scratches on my bumper to my lease company.  As a result I could spend the next 20 minutes in their police van while all the paper work got treated, while the driving police officer had to take an alcohol test etc. And Kabouter could have a peak inside the police van. 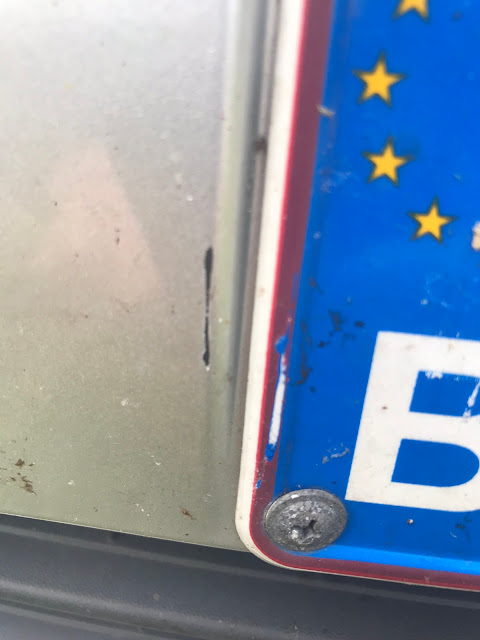 4. After one year, we are absolutely convinced of a gas BBQ in the Ardennes and we realise we never use ours in Leuven...because it takes too much time to heat up (as we use a BBQ often as a quick way to grill meat for dinner...not only to host a long cosy event with friends).   So Jan got himself a new gas BBQ for Leuven too, which Beertje promply converted in an imaginative ice cream parlour. 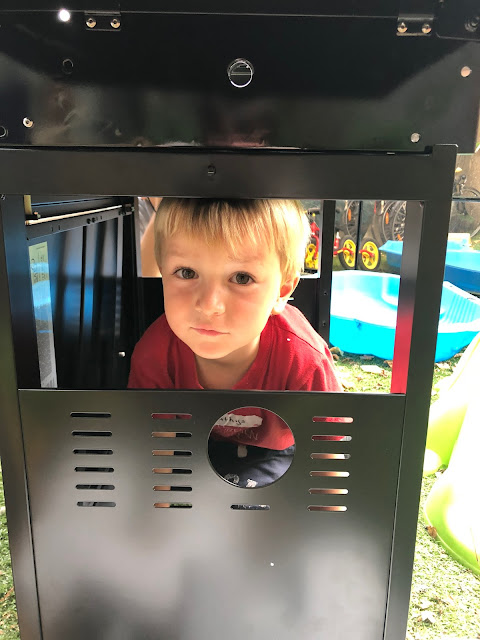 5. After several years attempting to grow and keep lavender in flower pots that never sustained the summer heat and drought,  this year I experimented with different flowers and clearly the Verbena's are doing very well. The violets died and half of the petunia's died as well, but the verbena's thrive. First time since many years I have surviving flowers in August!

Now I only need to find something to pot in fall / winter. 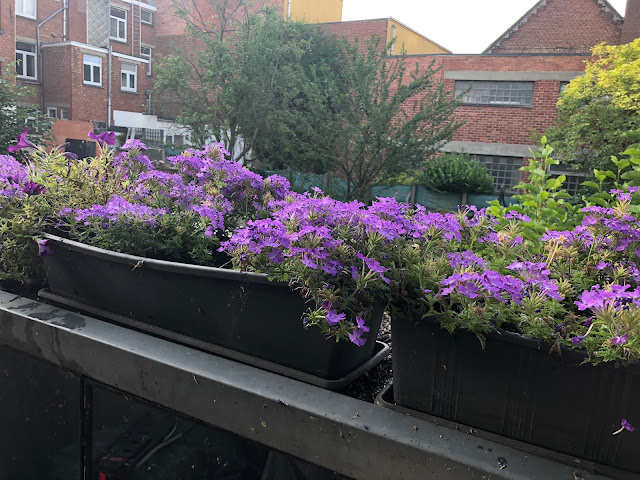 6. That heatwave in the 3rd week of July... Gosh that was insane. It was incomfortable without airco and scary. Truly scary that this starts to happen in our country. 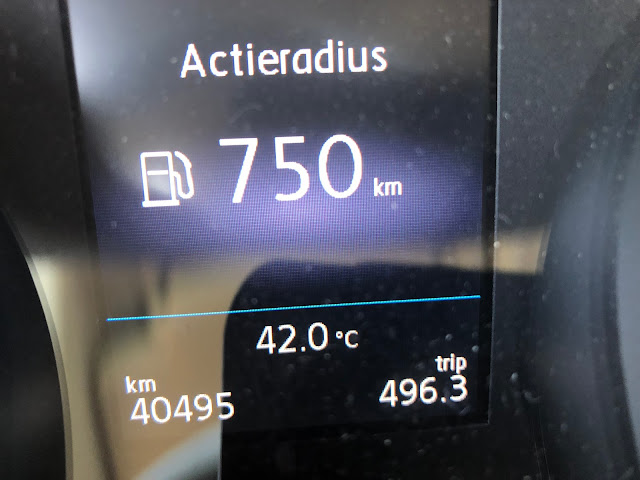 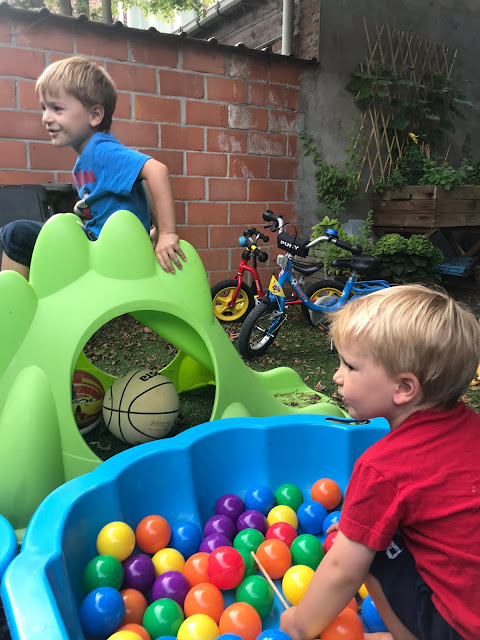 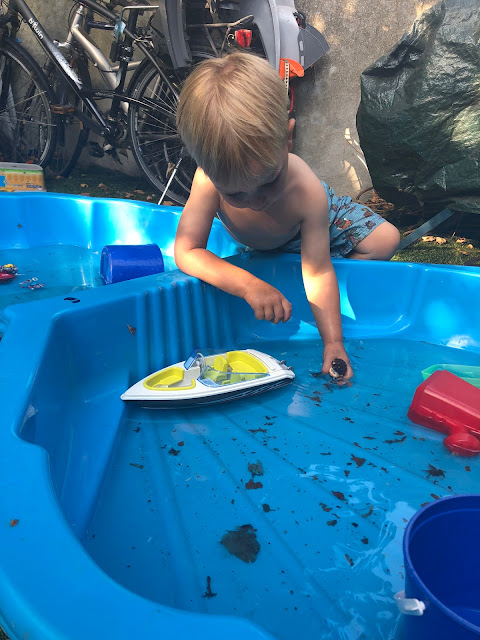 8. We love to snooze together. We are the 2 snoozers of the family 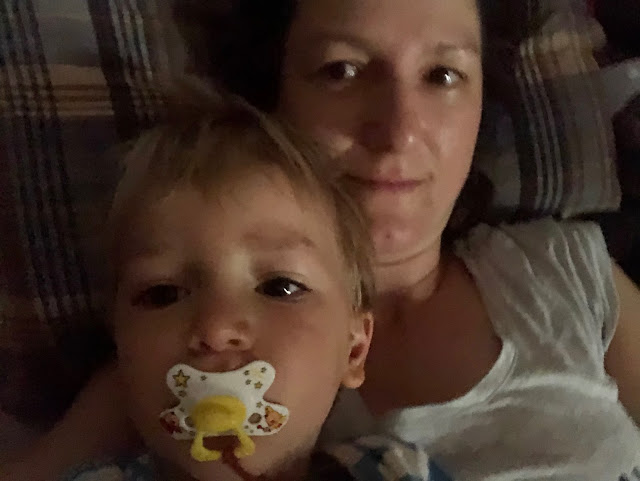 9. I love the summer vibe in Leuven 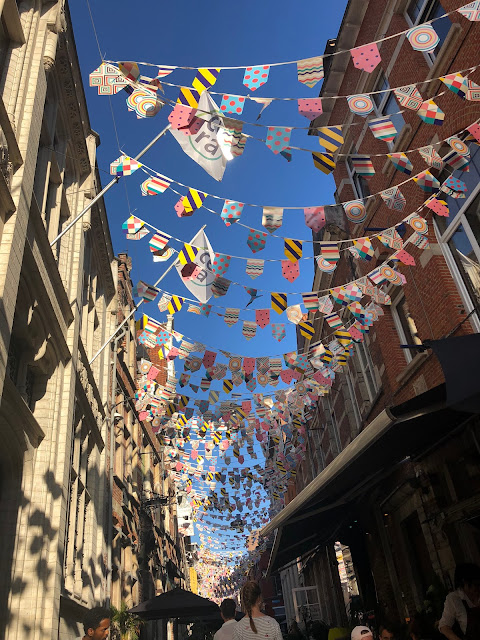 10. I still have dirty summer kids.  But this black cat was disappointed as the cat didn't turn out as he had hoped it would turn out.  Well...the cat surely was black...but maybe not so much a cat. 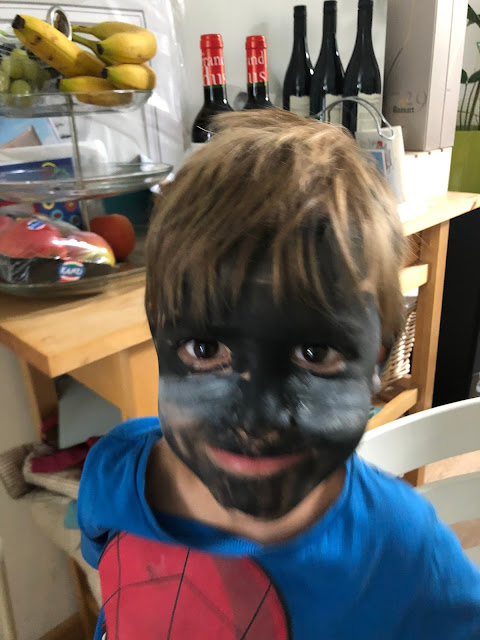 11. The Ozobot which we got after Kids@work, is still rather cool. Now that we've found the coding legends with pictograms rather than text, Kabouter can start to do little coding exercises independently. 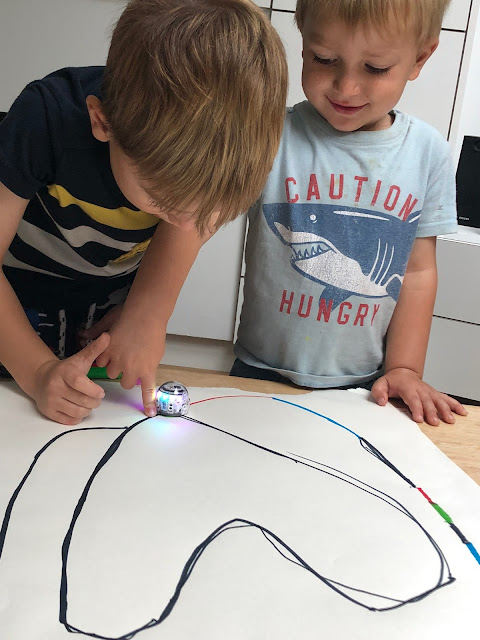 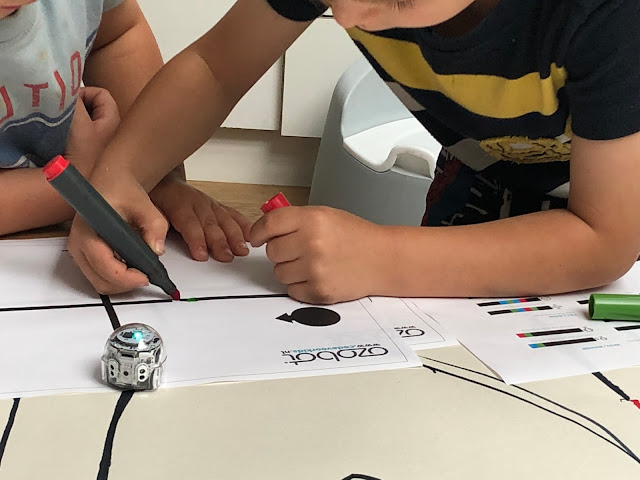 12. Periodically the children pick up an interest in some toys they've ignored for months...such as stuffed animals or puzzling or ... 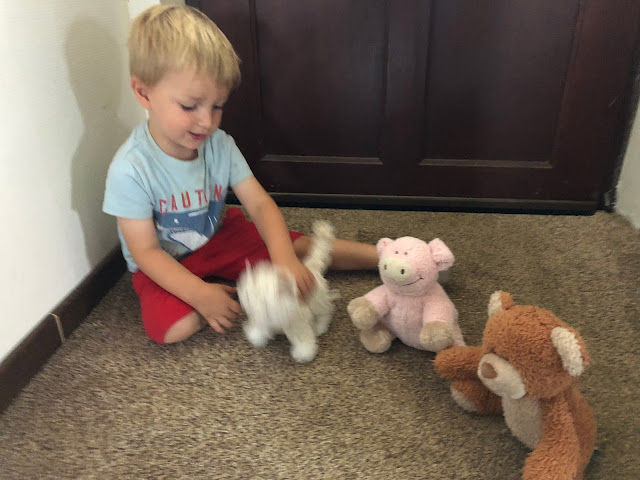 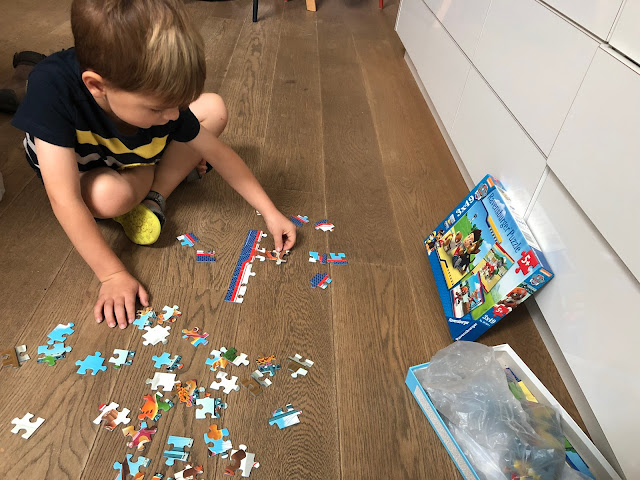 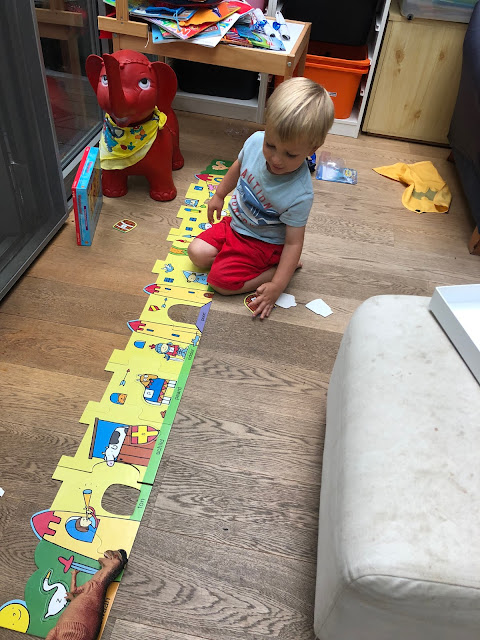