At the beach in Puerto de Mogan 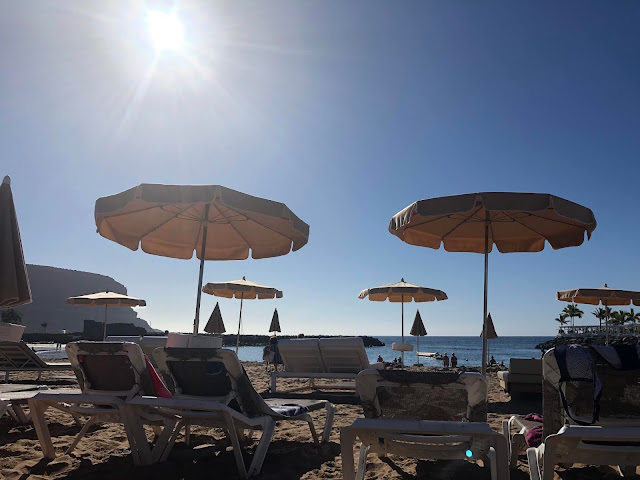 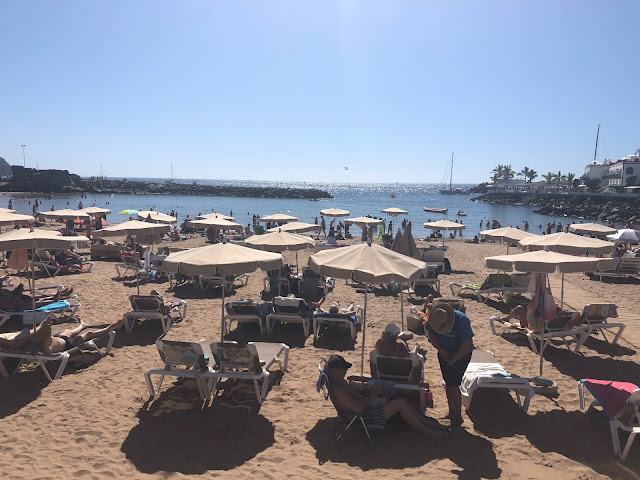 Before we go on vacation, the children are very enthusiastic to go to the beach and each evening when we walk by on our way to some restaurant they claimed to want to play on the beach.  Yet each morning, they can't be at the pool quickly enough and it is so tempting to just install ourselves at a seat at 5 meters of our room rather than walking 1-2 kms to the beach.

So we actually had to arrange and make sure we ended up at the beach at least once during our vacation. I only wanted to go in the morning since the afternoons were too hot and and I didn't want to walk with the children in the heat.  Of course we only made it our last full day since it was then or never, just like the year before.

Puerto De Mogan has a nice little beach bay which is exactly the reason we ended up there for a visit the first time 4 years ago when we had a  hotel nearby Las Palomas.
While Jan and I installed ourselves on some of the paying sunbeds, the children started to build their big vulcano fort.  They were inspired by some street artists they had seen making a volcano sand sculpture the evenings before, so they were going to practice in order to make money later on with sand sculptures themselves.  The main task was hauling water all the time, which we all took turns on duty to fill up the bottomless hole in the sand. 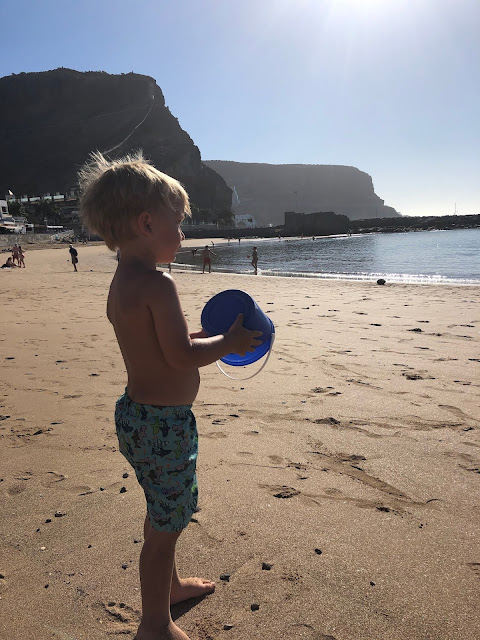 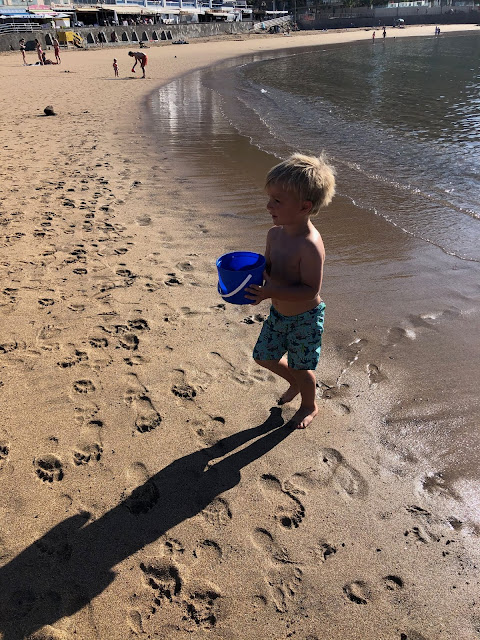 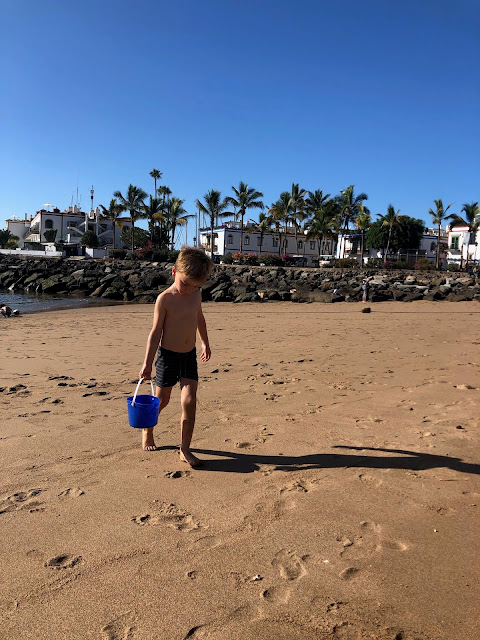 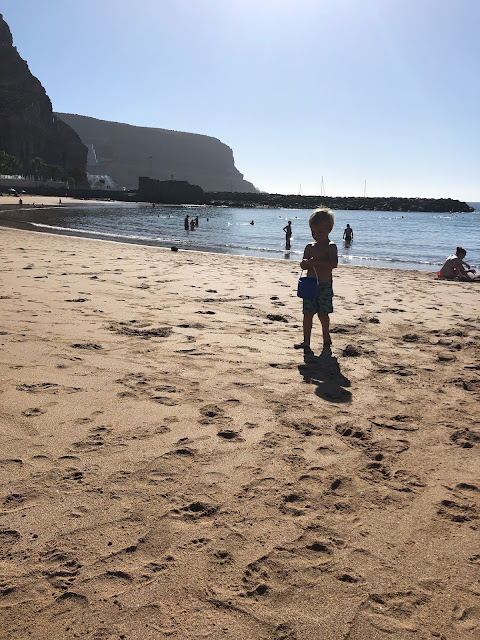 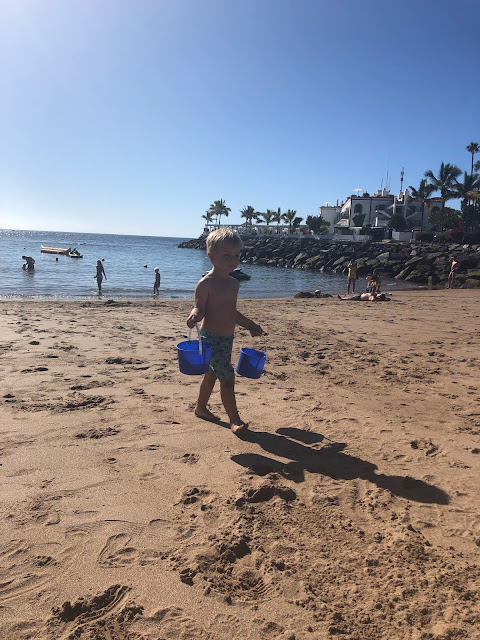 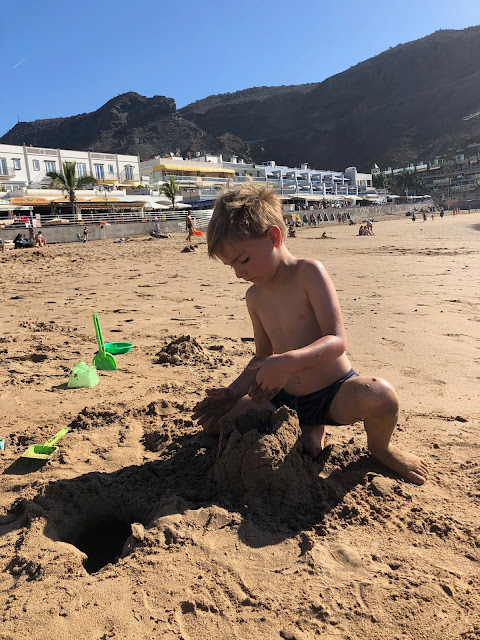 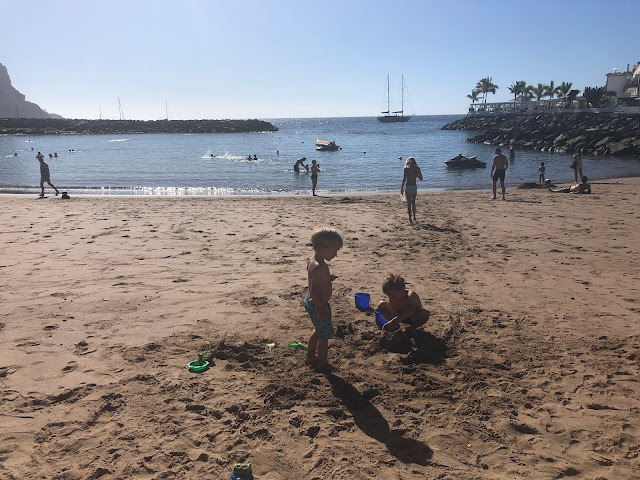 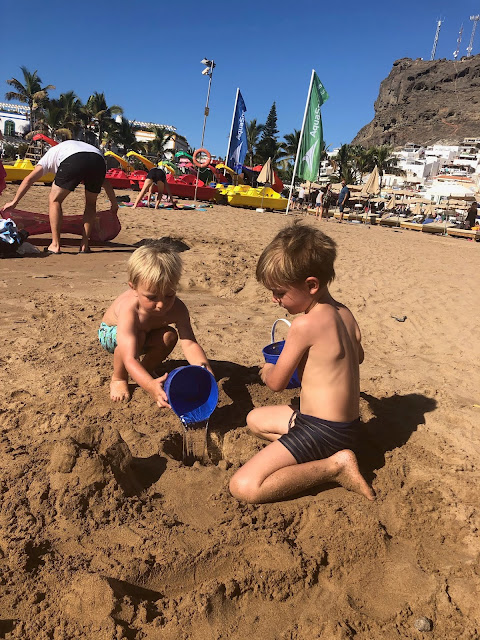 As I could predict from the previous year, (and shortly after we paid for the beds of course), the children actually got tired of building their volcano. They were afraid to go swimming with us in the see and were not all very eager to make some walks along the beach.

So after a few hours, we called it a morning and went for a sunny lunch at the beach before we returned to our cosy pool and children's club for the afternoon.  Even though the beach can't capture their attention for a full day, I think the change of scenery was good and also next year's we must force ourselves to go to the beach sufficiently (so their volcano sculpting skills improve and they can start paying for their own vacation...whoohaahahaa :) ). 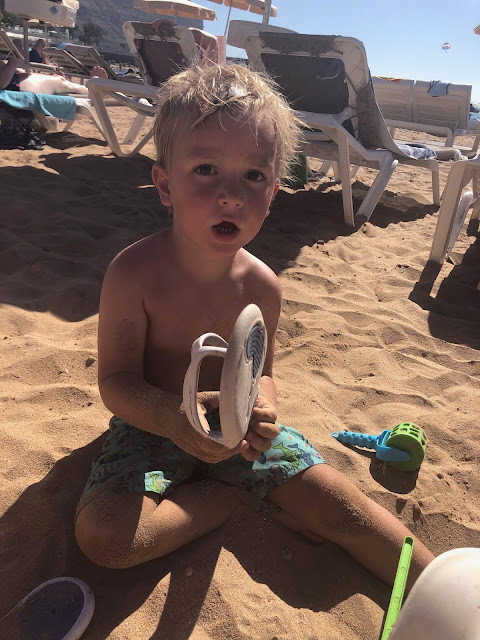 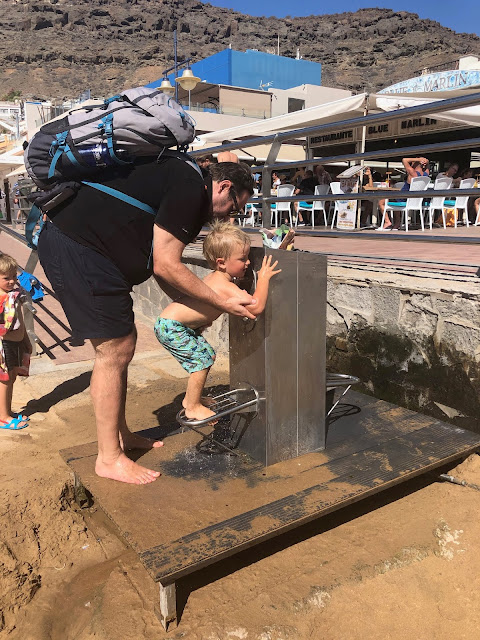 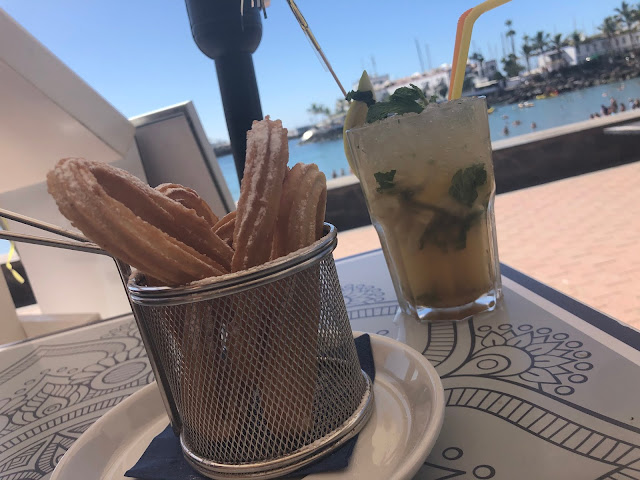