Last weekend was carnival in Belgium.  I've never been a big fan but having small children changes my perspective on carnival. In the east of Belgium it is quite big and I remembered watching the parade in a nearby village with baby Kabouter.

So when spending time with my mother and the boys in the Ardennes this weekend I searched whether we could join some of the festivities.  A different nearby village had a carnival parade on Saturday, before the weather would turn awful.

I had to convince everyone to get out again after our walk. I was driving rather aimlessly through the village wondering how on earth I'd be able to miss a parade in such a small town when all of a sudden we saw the first fleets approaching. I managed to park right way next to a house before we got stuck in the waiting traffic jam and we got out on the street where the parade turned off.

We were only a minute out when we already received some shots to drink. And then we got loaded with confetti.  Previous time I still found confetti in clothes in the summer so I had anticipated this. The children got overloaded with candy. At first they didn't really know how to respond but after a while they, especially Beertje,  got into it. Kabouter was just cold. Some parade participants were cold too and decided to climb onto the waiting bus to have a drinking round in there. 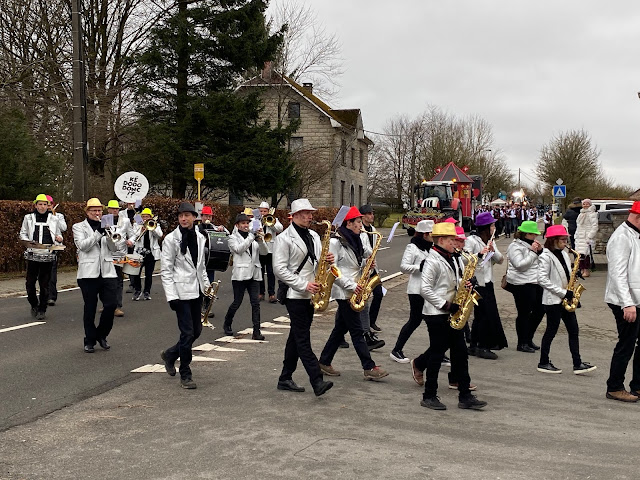 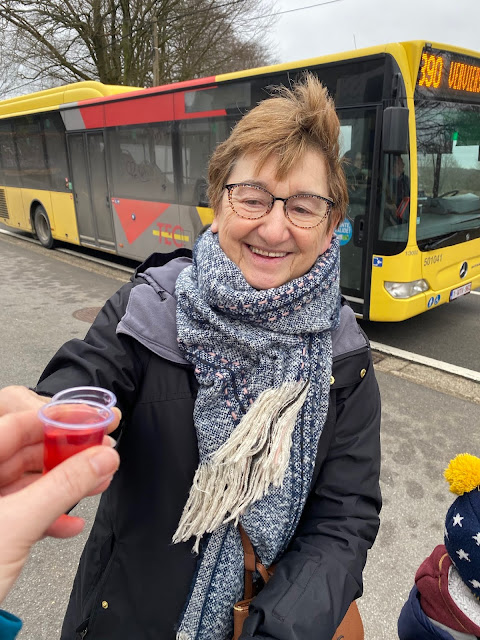 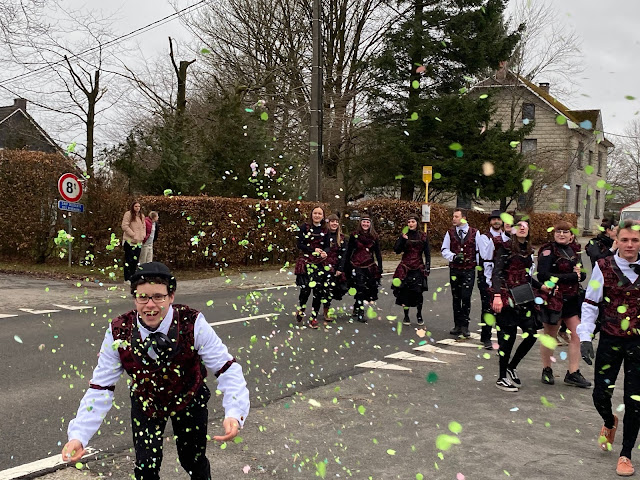 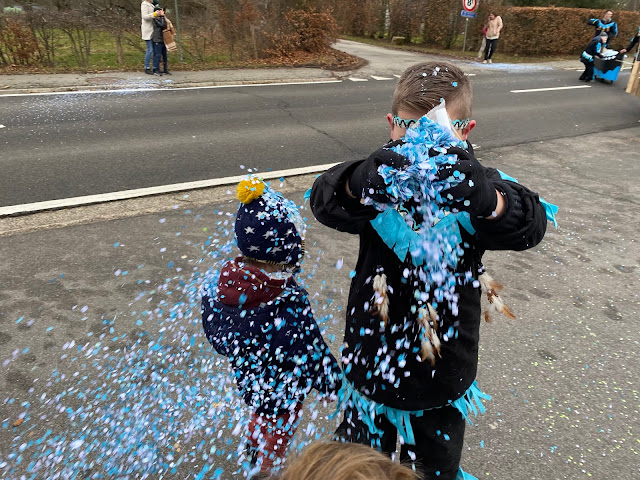 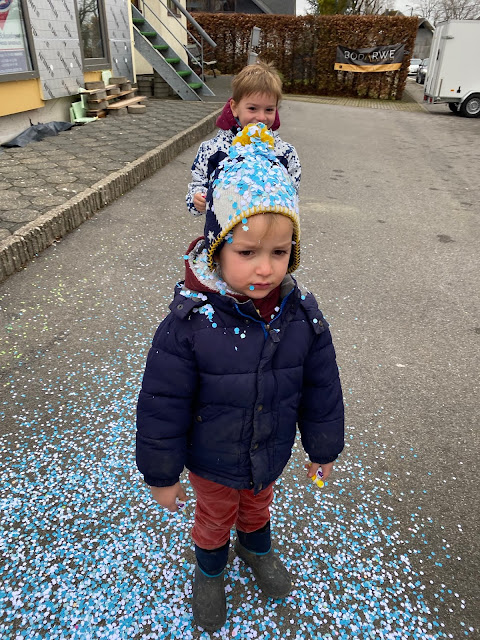 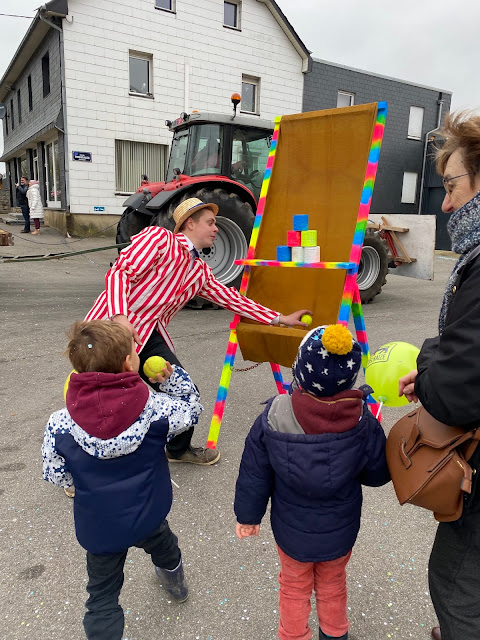 At one point we were all of a sudden charged at by a group of "Indians" and found ourselves captivated and wrapped into a cord. Once again the children weren't too sure what to think of this. 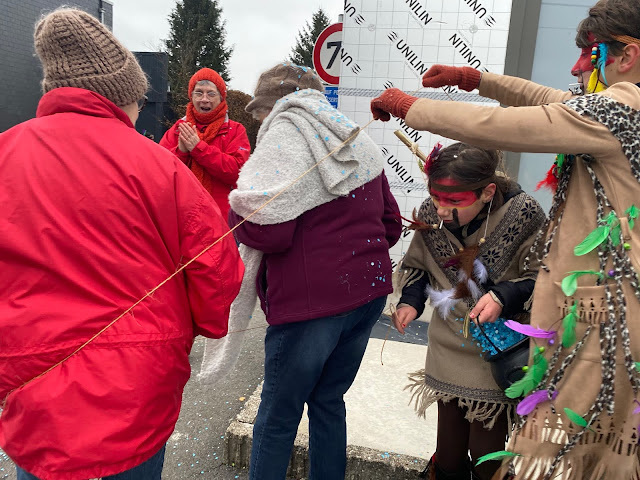 There was a lot of time in between the 16 floats because they were dancing further behind at the church square. As a result traffic started to squeeze in between the parade again (the police had left and there was no monitoring or signs anymore), which killed the atmosphere. It was also rather cold to stand and wait for about an hour.  I can't believe how cold the participants must have been as some didn't look dressed very warmly.   Anyway, I was happy to have seen it but we were also all very happy to return to the car and the children could treasure their big bag full of received candy. Eating the candy was probably their highlight of the carnival parade :p. 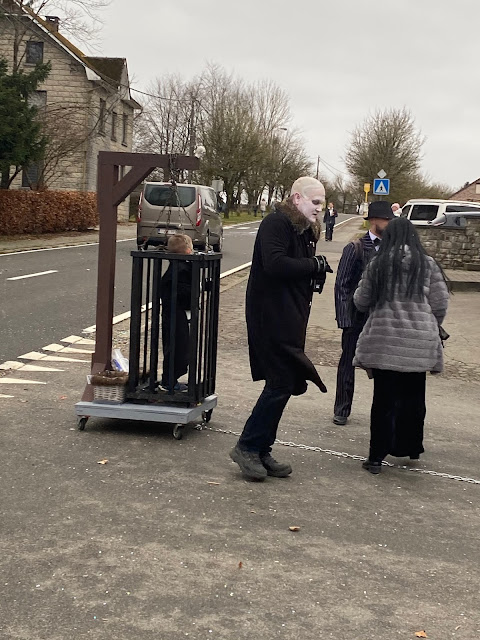 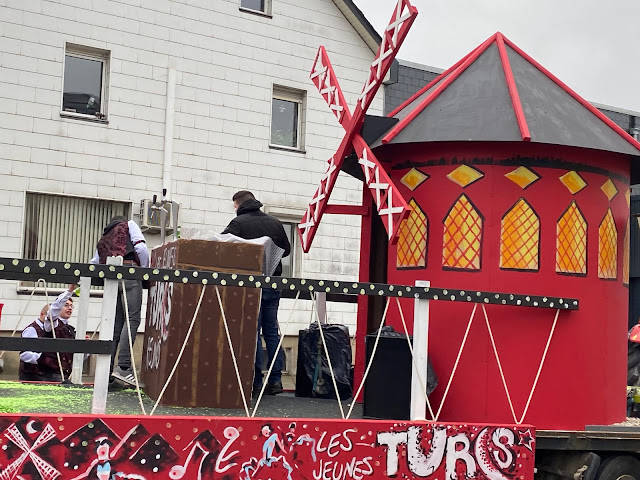 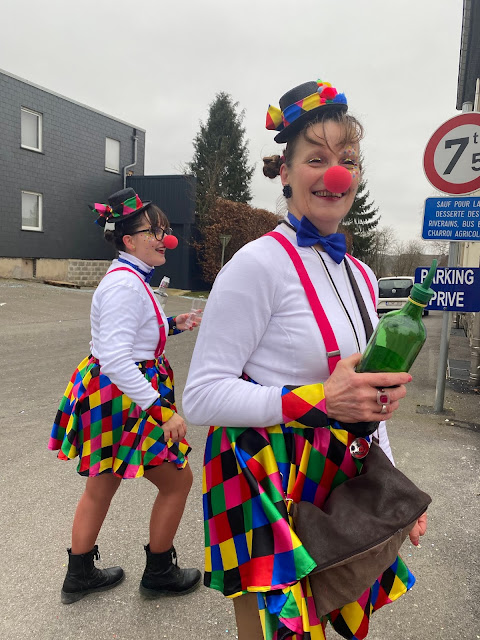 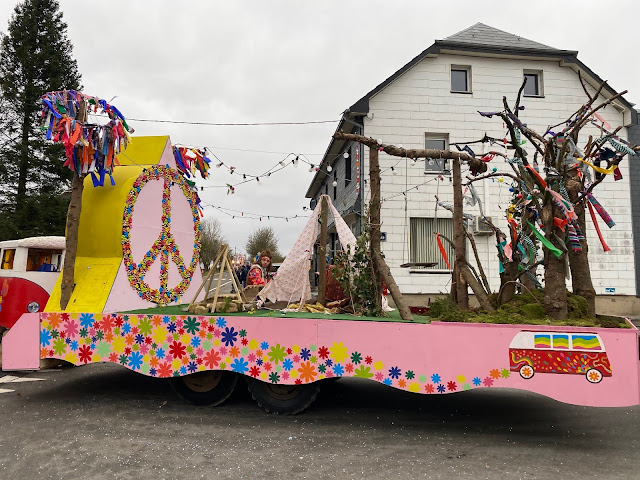 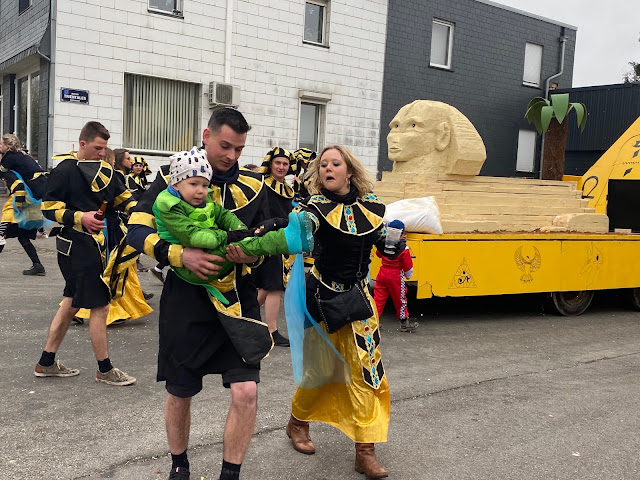