A bikeride around the village

Last Sunday was sunnier but also a bit colder than the day before.  But the sun was inspiring enough to get the boys outdoors anyhow. This time I wasn't the only one to catch some fresh air.  Kabouter had requested to ride our bicycles. He had a trip over the RAVel roads in mind but we didn't feel like getting the bike hanger all attached to the car again etc.  In the end we persuaded him that we'd try a little tour along the fields around the village, even though those roads aren't as flat as a RAVel (= old railroad).

All of our legs were a bit stiff and I am totally incapable of riding uphill myself, so we really limited ourselves to fairly easy roads and fairly flat roads in a little tour. Good enough to get our bikes geared up and tested again after the winter pauze and to feel inspired to do more of this. Kabouter surely enjoyed it despite the initial struggle to get up the first climb.  And I am sort of happy that he struggles with the hills so it's less clear that I do too :p 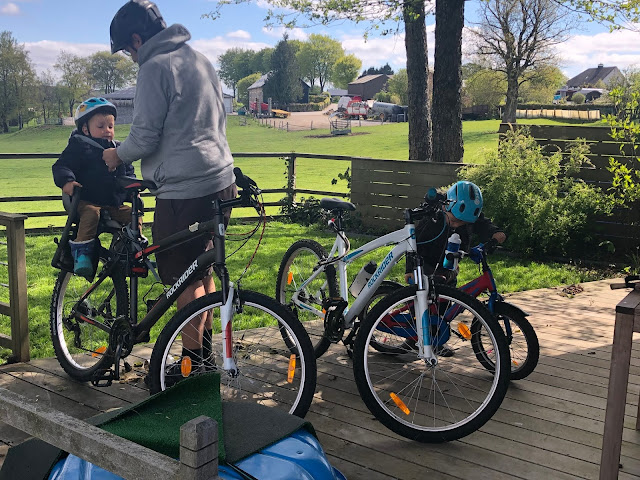 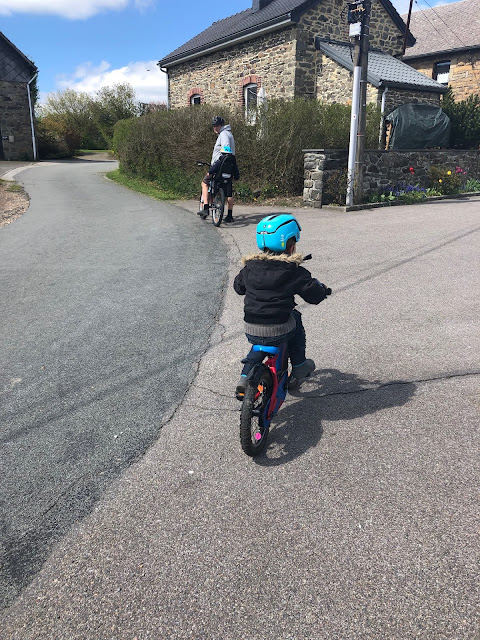 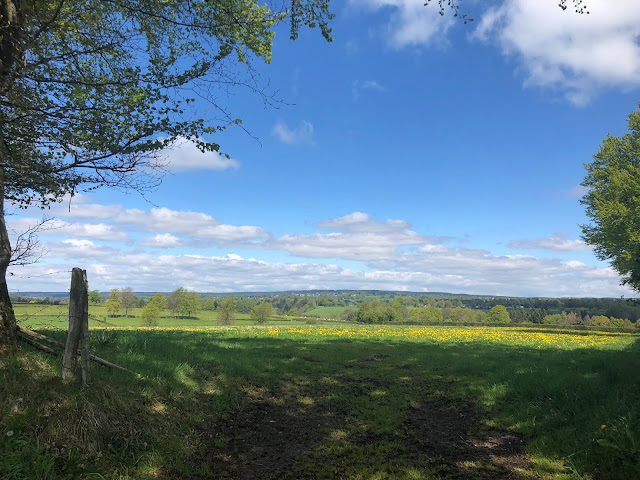 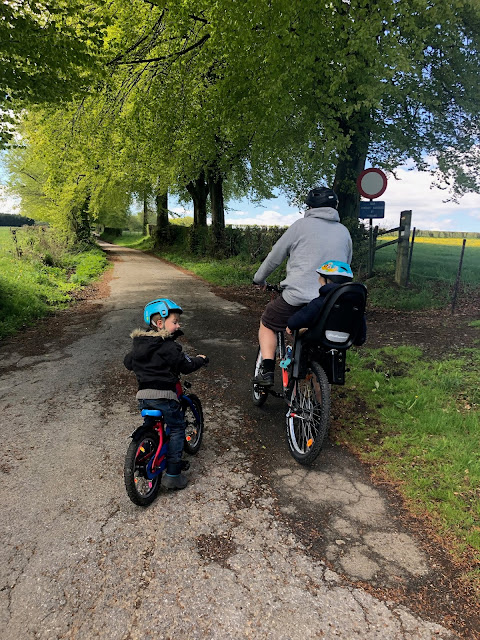 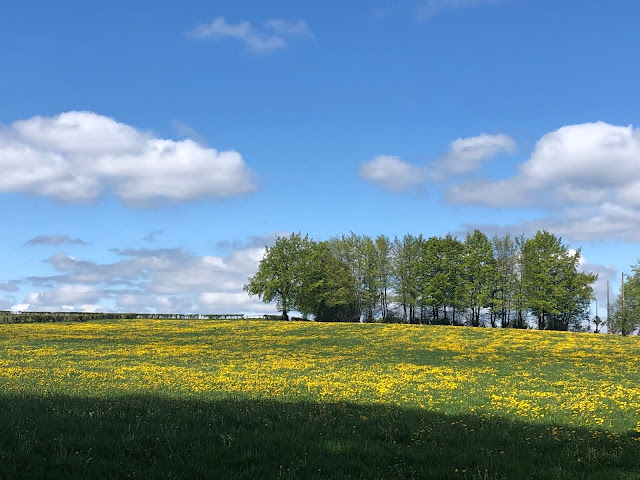 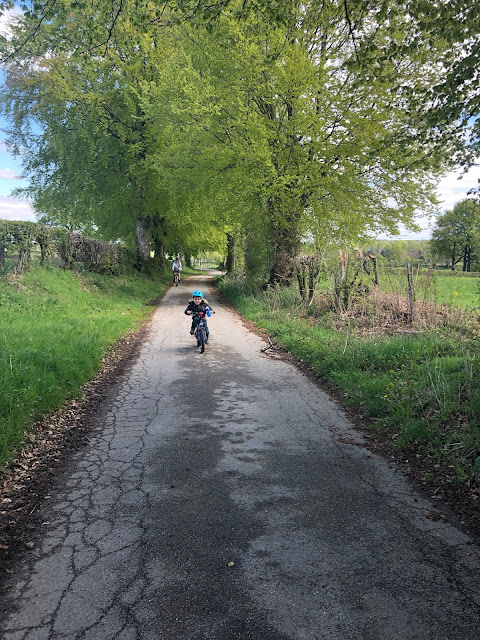 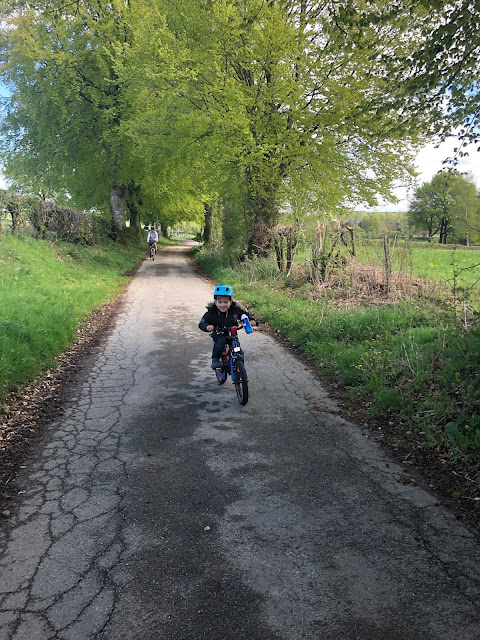 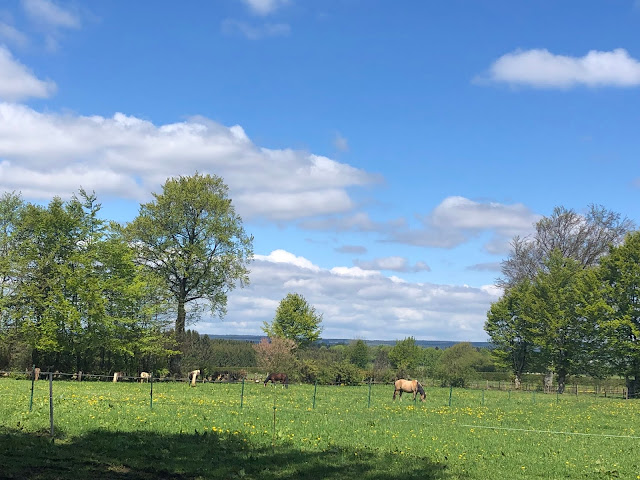 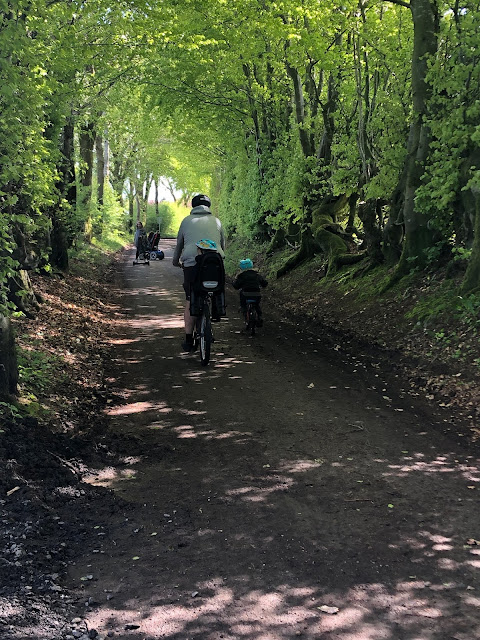