The yearly cousin's BBQ with a rushed end

If you follow me for a while you might know that August 15th is a fixed point in our agenda. (see here, here, here, ...) Every year on this Belgian holiday, Jan's cousins gather for a family BBQ.  Everyone takes turns in organising it.  This year Jan and his brother joined hands to do this.

There were some meetings, some wine tasting, whenever I made a remark "it was all taken into account", so I had not to do anything and I had no clue what was happening. I just joined as a "guest" with the children yesterday morning in the garden of my parent's -in-law who live closer to most of the family and who allowed us to use the garden and their shed.

The days before Jan and his brother had set-up a tent in the shed (you can never trust Belgian summer weather...the heat waves seem long forgotten) decorated with lights, had rented chairs, plates, a big fridge, had moved our BBQ's, ... We were all done and bored long before our relatives arrived :).  The children played a bit together and had a pre-lunch with their grandmother. 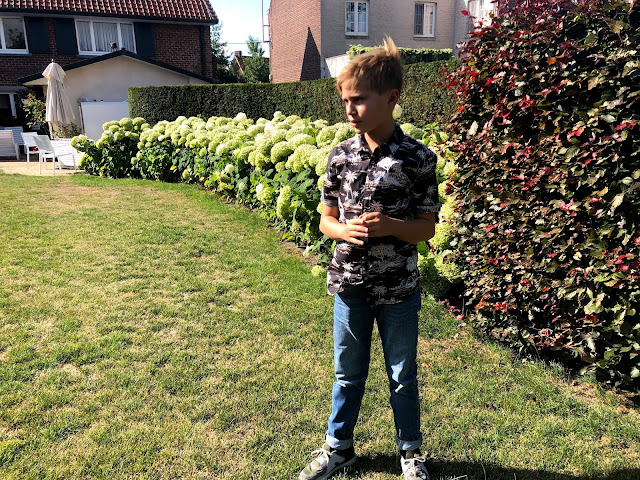 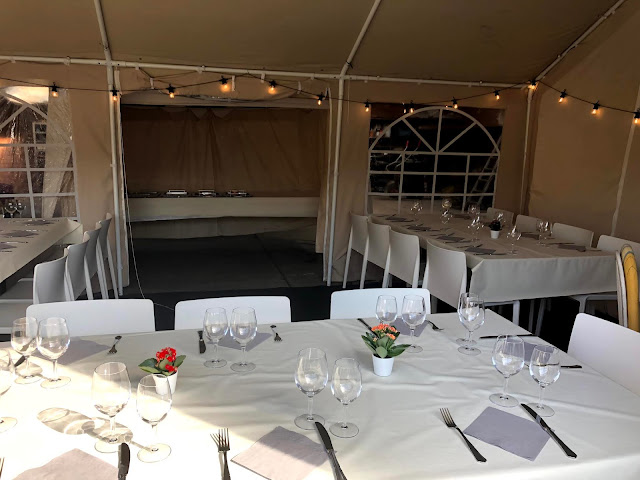 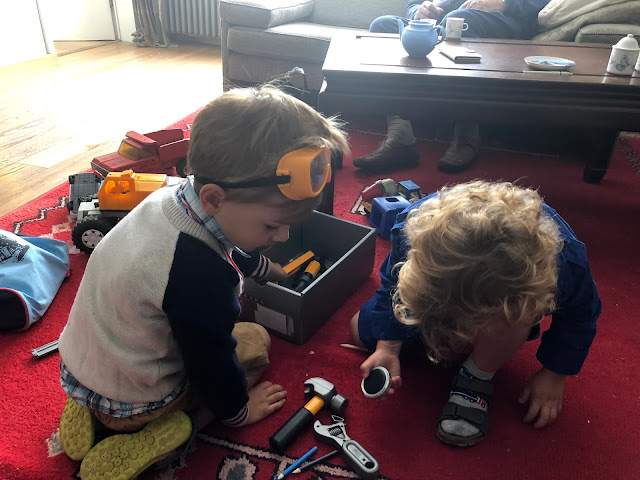 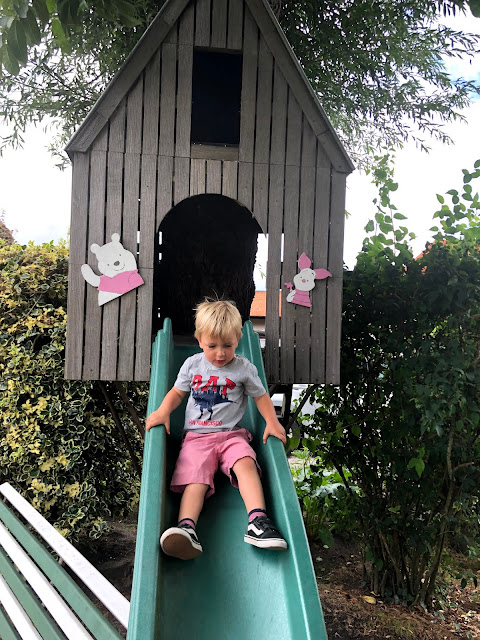 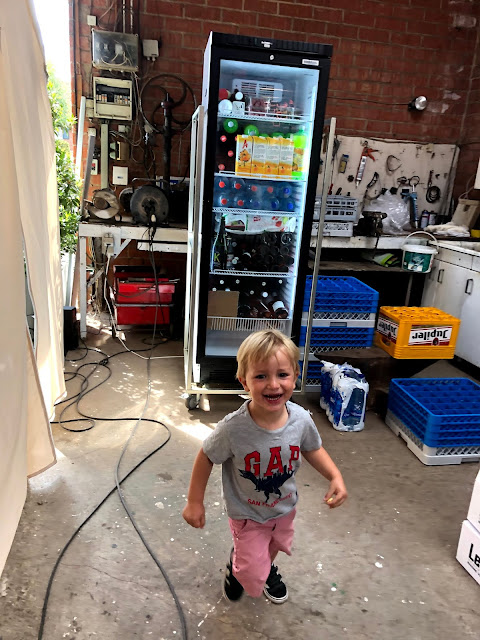 Apparently they had forgotten to mention the start hour of the BBq on the invitation but the tradition is strong enough so as of noon everyone started to arrive. 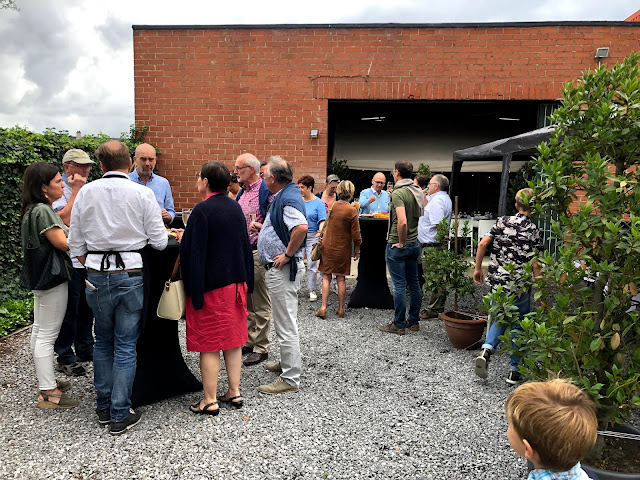 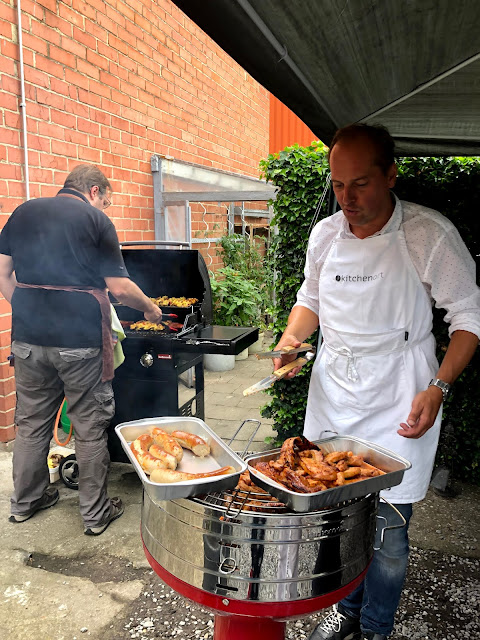 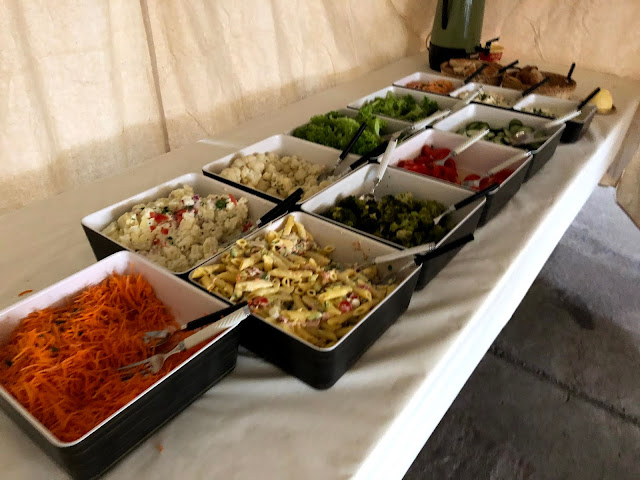 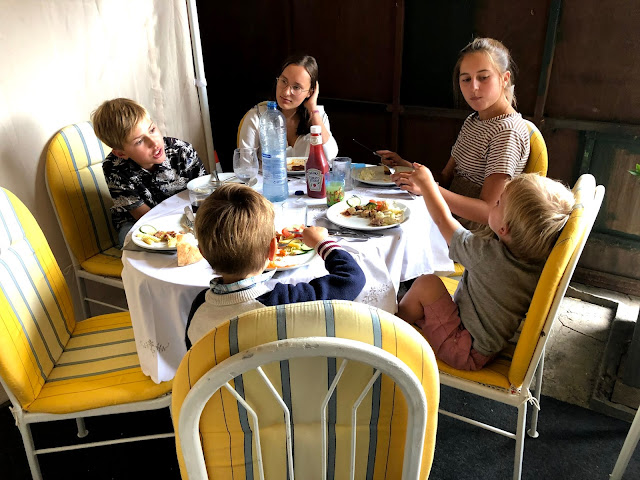 The children were motivated to finish their plates, despites toooo many appetizer snacks in order to get an ice-cream as desert. And then Kabouter started to mention his ear hurt. A little later he repeated it to Jan with teary eyes. And by the time I had finished my coffee he was screaming in pain.

I quickly gave him half an adult painkiller with approval of my pharmacist sister-in-law and grabbed both children and their toys head over heals to leave with the loudly crying boy. Thank goodness we had come in 2 cars.  In hesitation to rush to a doctor on duty in an unknown area in the other side of the country or to drive home, Kabouter finally fell asleep after crying a lot so I drove straight to the medical post on duty in Leuven. What a stressful drive.  First time ever there was no-one waiting before us and in the mean time Kabouter was back awake and screaming in pain again. 20 minutes later we were home with medication from the pharmacist on duty and he got served with all painkillers to beat his ear infection.  Half an hour later these med's truly kicked in, his happy silly self returned and he was goofing around when brushing his teeth to go to bed. Nevertheless I was so afraid to see him in so much pain again so we set our alarm clock through the night to serve him pain killers every 4 hours to prevent the pain rising so much again. It worked well...he woke up well rested and happy without pain...I'm drop dead tired on the other hand. As quickly as that ear infection arrived it seems to have gone again. Pheww.

Jan arrived late at night after taking down all the tents and installations and moving the BBQ and all left-over food back in the cars etc.  We'll all take it easy this weekend. 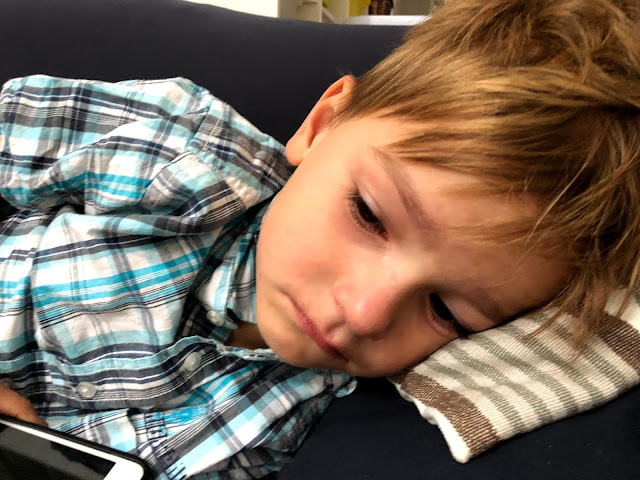