Previous Thursday, on Ascension Day which is a public holiday, it was hot summer weather. Now that both boys are picking up cycling better and Kabouter has a loaned bicycle of bigger size, we figured it was time to give a bike trip in Leuven a chance. I have honestly not touched a bike in years in Leuven although we had our forgotten bikes all repaired and fixed up in 2018 with the intention to start making trips with the children like we do in the Ardennes.   It never happened somehow so we had to dust off some spider webs before we could leave.

After 2 months of walking all over the place, limited in distance through the children's little legs, it felt great to be able to widen our radius of activity a little.  We didn't dare sending Beertje into traffic yet so he ended up for the first time in Jan's backseat. First time we use the seat. Oops. Although Kabouter has joined us already on several bike trips previous summers in the Ardennes, this was the first time he'd get into city traffic. He was over the top excited that he was allowed to ride on a real bicycle lane :p. Cute.

We did a bit a wider tour than the Heverlee Bos walk but we passed partially along same things.  Disadvantage of riding a bike: it's harder to make pictures so I don't have much to show. But it was nice being out there and let's hope we don't wait another year for our next ride :D. 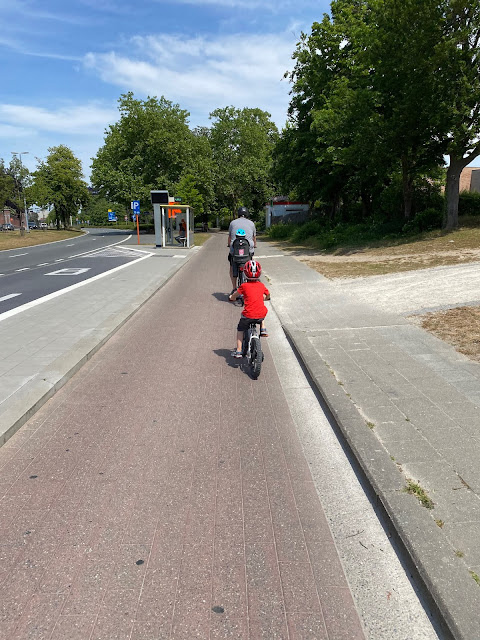 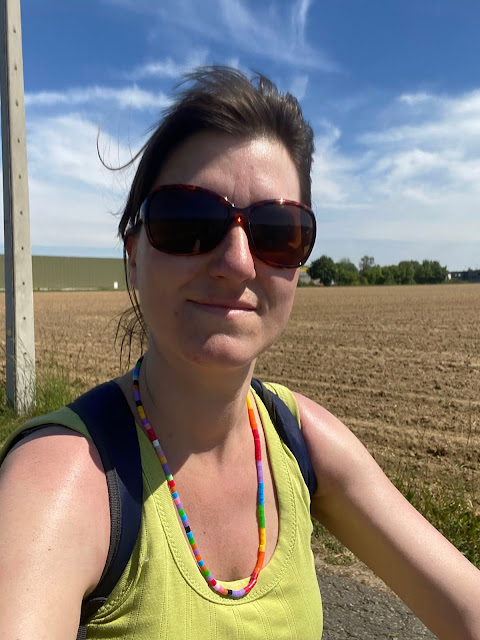 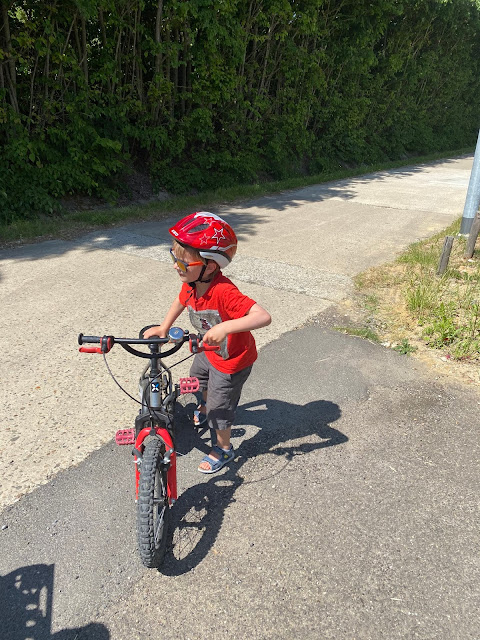 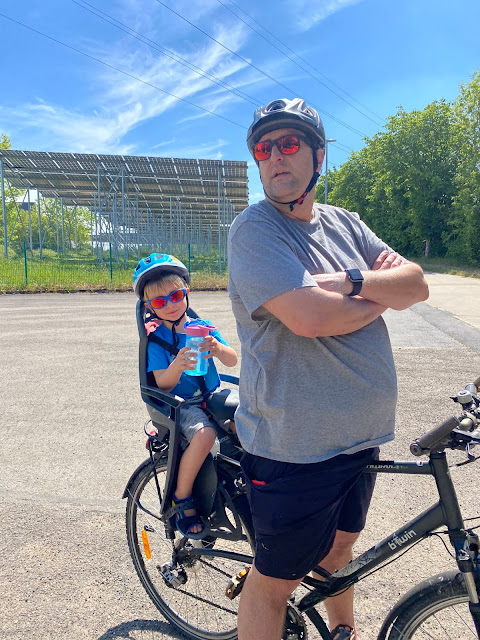